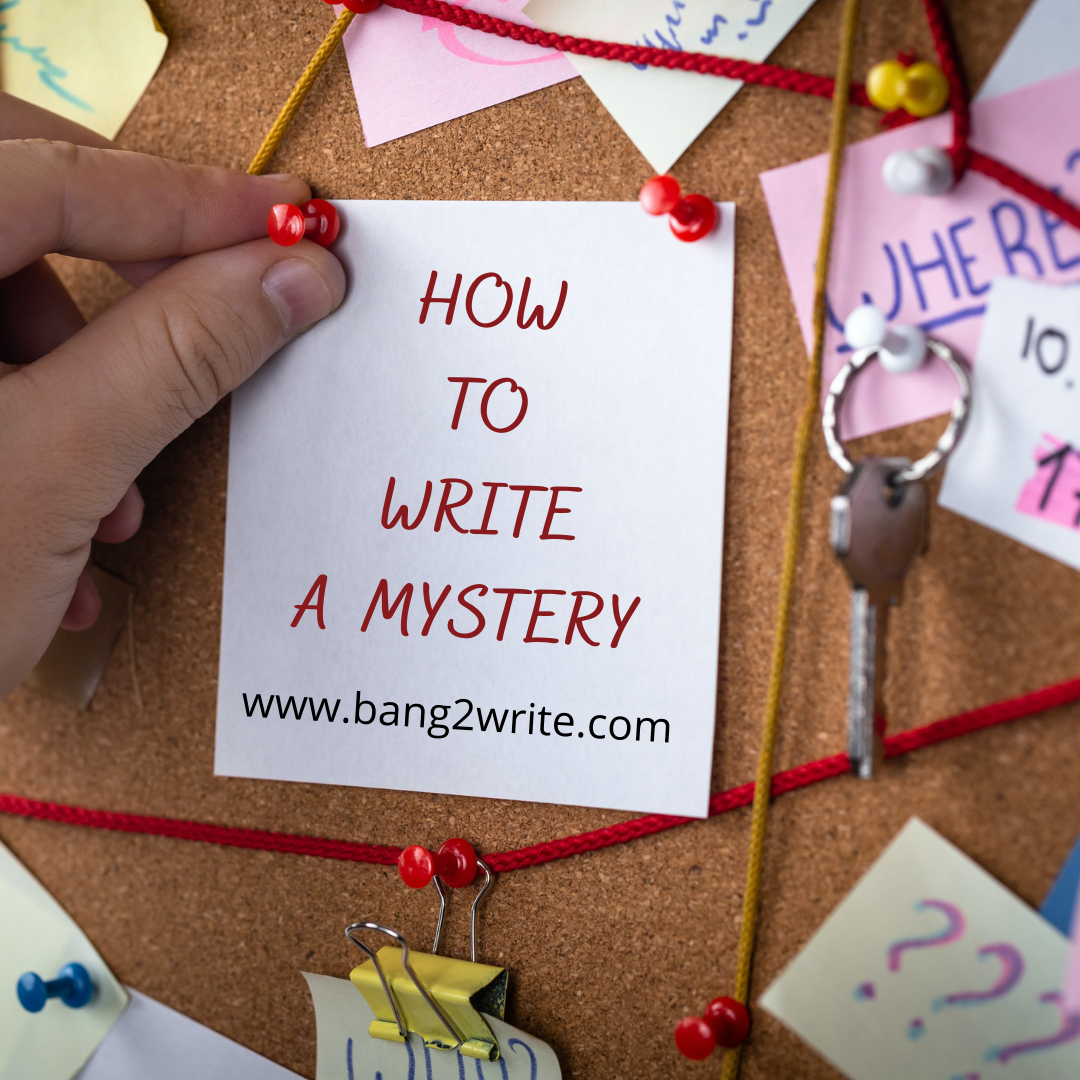 In mystery novels, Deus Ex Machinas happen when the mystery is solved by chance events, rather than by the protagonist’s investigations. For example …

These kinds of plots aren’t fulfilling to read, because the mystery becomes less interactive. The reader wants to solve the mystery alongside the protagonists, seeing the world through their eyes. Your story will be much more exciting if the detective solves the mystery through their own devices. MORE: 5 Things To Remember When Writing A Mystery

Twins should be a surprise for mothers, not for readers of mystery fiction. Unfortunately, a lot of popular mystery shows/writers end up including twins in their solutions.

Good mystery writers have done this too—they’re the solution to some Agatha Christie novels, Sir Arthur Conan Doyle’s stories, and episodes of modern detective shows, too. However, using twins as a killer’s alibi or a murder victim’s hidden identity makes the mystery feel inconsequential, as the solution is far too simple and clueless.

The relationship between the novel’s clues and the final solution should be exciting, tempting the reader’s imagination further. Avoid mystery solutions like lookalike characters, as they rarely satisfy.

Mystery work isn’t easy, period. Detectives have to go through a lot of trial and error, following every possible lead until they stumble upon the right one. Your mystery story will naturally have red herrings and misleading clues; however, don’t let those clues dominate the story.

For example, let’s say you’re writing a murder mystery story where everyone thinks the wife did it, but really the business partner did it. It would be a mistake to spend the majority of the story on the wife: even if her relationship with her dead husband was tumultuous and exciting, we also want to know about the business partner if he ended up committing the crime.

Your mystery writing can certainly provoke or mislead the reader, but don’t spend the entire novel doing so. Sleight of hand is much better than errant, distracting clues. 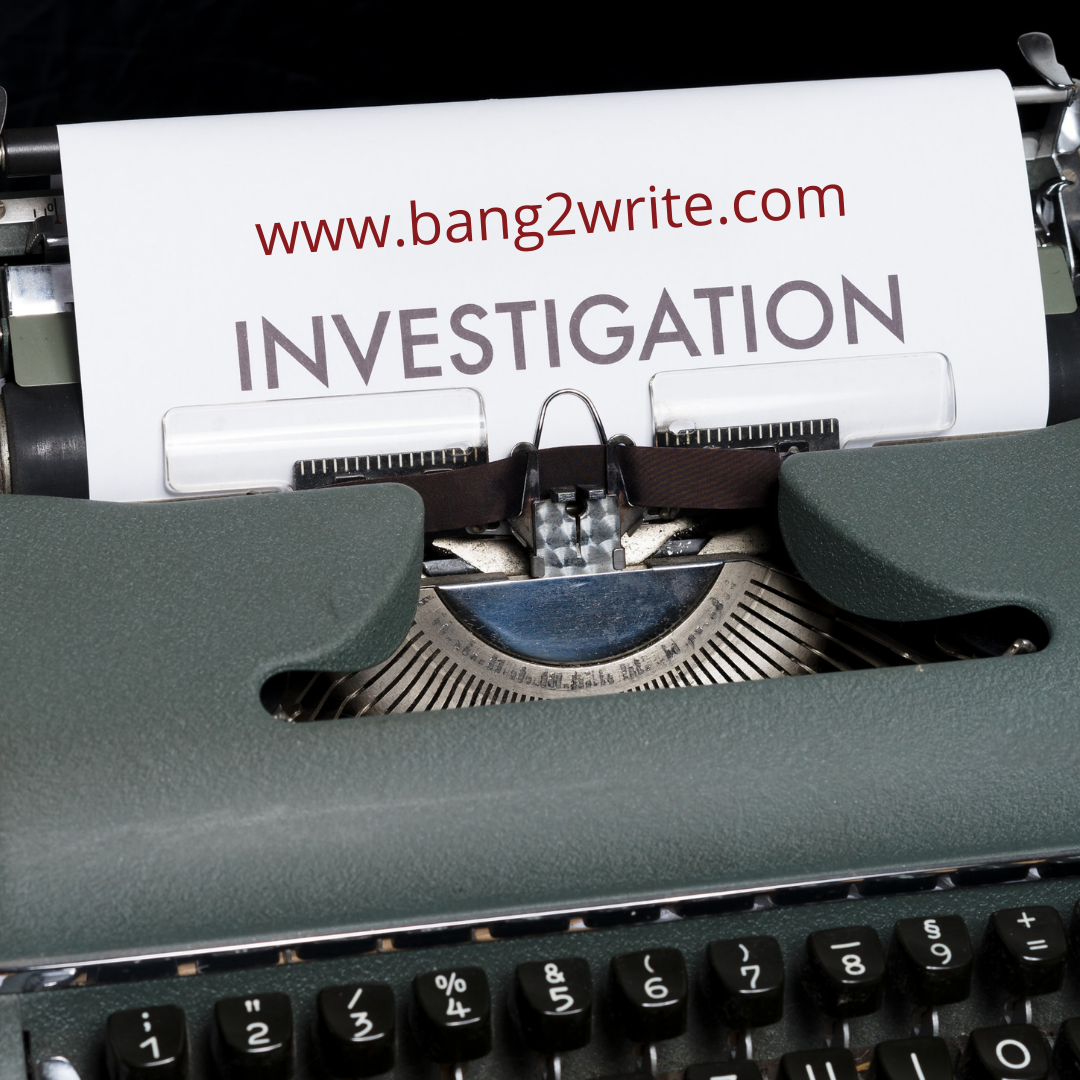 The likelihood is that your protagonist is the detective; if not, the detective still plays a large role in the murder mystery, making them an important character regardless. As such, your detective can borrow traits from the larger mystery canon, but don’t let the detective be overly stereotyped—your story needs them.

What do we mean by stereotyped character writing? Here are a few common tropes among mystery detectives …

All of these stereotyped characters have traits which are perfectly acceptable to use, but don’t let those traits dominate the characters themselves. Let your detectives be human: raw, flawed, and entertaining to follow. MORE: Top 5 Mistakes Writers Make With Lawyer Characters

Mystery writers are masters of research. Who else knows random facts like the freezing temperature of blood, the biology of cyanide, or the many loopholes in the court system? Your mystery writing probably involves a fair amount of research, too. Just don’t let it overwhelm the story.

If a mystery novel is packed with too much research and information, the reader loses touch with the mystery’s characters. After all, mysteries are about people; science and the law are great structures for exploring human relationships, but the focus of the novel is still on its people. You should absolutely tell us about the specific angle of the blade or the unique entrypoint of the ballistics, but don’t let those details dominate the narration. Keep us hooked in more ways than one!

Keep these mystery writing tips as suggestions. If you can reinvent a cliche to make it original, go for it! Keep your writing as sharp as your murder weapons, and you’re well on your way to an Edgar Award.

BIO: Sean Glatch is a poet and copywriter in Orlando, FL. He blogs about the creative writing journey at Writers.com and writes bios for a music management company. Sean’s writing has been featured in 8Poems, Ghost City Review, Rising Phoenix Press, and The Poetry Annals. He spends most of the day thinking about his next cup of coffee.

previous10 Quick Tips About Writing TV From Gina Fattore
nextHOST – How To Write, Make And Sell A Horror Movie