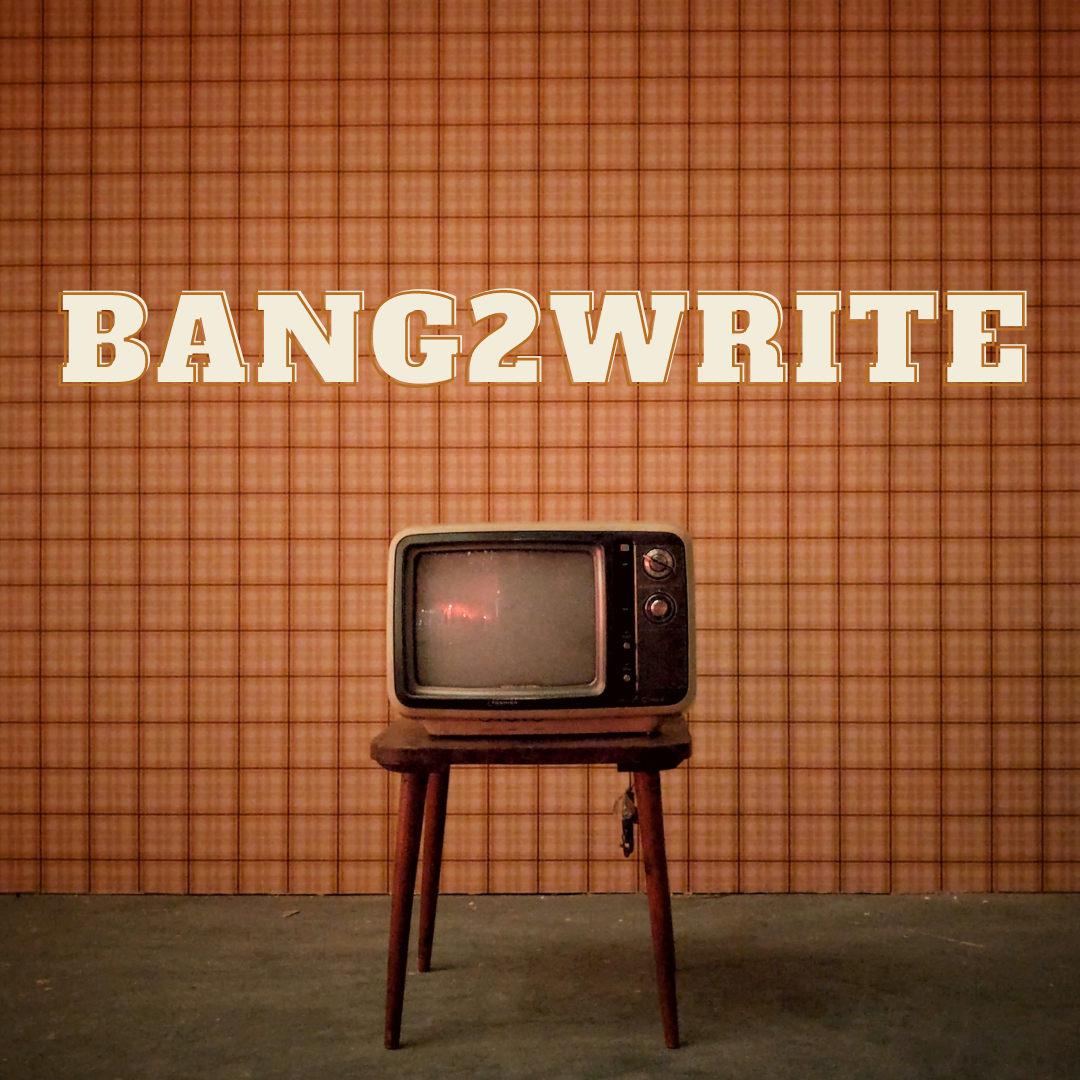 Gina has also written a comic novel about her life as a TV writer, The Spinster Diaries, which is available now. Her TEDx talk, ‘Become What You Believe’ has had 16,000 views and you can watch it HERE.

Since you Bangers love TV writing, I thought I’d ask Gina for her tips about it! Ready? Let’s go … 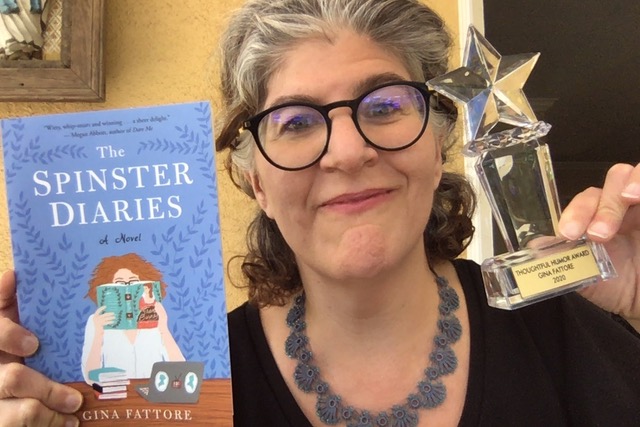 1) Write The Script Only YOU Can Write

Gina stressed the importance of writing a ‘great calling card script’ that makes people WANT to meet you. She said it can be a personal story, but it doesn’t have to be. Just make sure it showcases your craft and ability. MORE: How To Find Your Writer’s Voice

As showrunner on Dare Me, Gina had to read a lot of sample scripts from prospective writers. She said it was really brought home to her how much screenwriters love dialogue! I could really relate to this too, since I always find spec scripts have ‘too much’ dialogue.

‘Early in my career a showrunner said to me, “Plot is your friend! If you can write this well without it, imagine how much better your writing will be if you embrace it,” Gina says, ‘so ask yourself – is the plot moving forwards? Or is it becoming repetitive?’

3) Know WHAT Scenes Are For

Be ruthless as you go through your script and ask what each scene contributes to the story as a whole! Scenes that don’t move the story forward can stay, but only if they’re bringing something else to the table, usually comic relief, character development, or mood.  As Gina points out: ‘It costs a lot of money to shoot something. You better know why you’re doing it.’  MORE: How To Write A Perfect Scene

Gina offers a simple, but effective tip here: ‘If a line of dialogue can be taken from one character and given to another, it is not a good line.’ Love it!

Gina is a big proponent of using note cards to ensure plotting stays on an even keel.

‘Cards make it easier to focus on what each scene is doing to advance the story,’ she says. ‘And they force you not to rely too much on dialogue. Ninety-nine percent of the time, dialogue can’t solve your story problems.’

I love this tip, though I tend to use Post Its as I like to stick them to the wall or to my shiny new flipboard (pic below). Also, this is a novel rather than a screenplay … But as I always say, we can use screenwriting tips to write novels too! 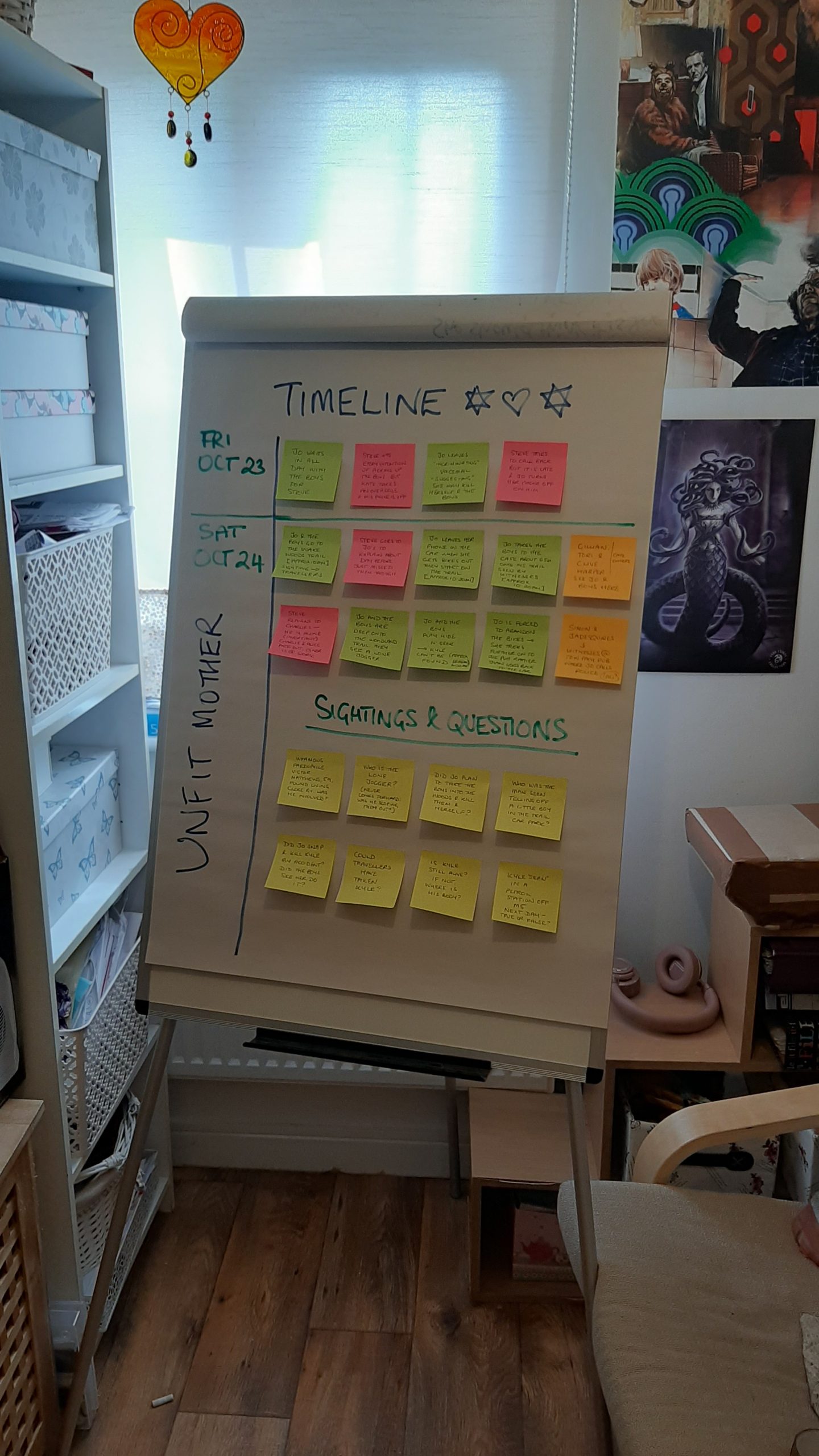 Before Gina started working on Dawson’s Creek, she watched all of the existing episodes. But she didn’t stop there … She created a beat sheet of each episode to show where the act breaks were and how each scene was advancing the story. She was thorough and left no stone unturned in understanding how the show worked.

Of course, that was before screenplays of existing shows were available online. Though it’s technically ‘easier’ now, Gina’s idea of outlining TV show episodes still works and is a great way of levelling up on craft. MORE: How To Watch And Break Down A TV Show Episode

An oldy but a goody – NEVER send out first drafts! Make sure you do peer review too. ‘Others will see your screenplay with fresh eyes,’ Gina says.

If your validation is results-orientated, you may become frustrated as a TV writer. ‘In my experience, almost nothing sells,’ Gina says.

But it’s not all doom and gloom. Loving the process is the key!

‘If you think writing is fun and that your project is the most interesting thing ever, you will be ahead of everyone else.’

‘WHO is this character? WHAT do they want?’ This is key in characterisation according to Gina. For example, Joey Potter in Dawson’s Creek wants Dawson to notice her, she was ‘the girl who wanted something she did not have’.

Gina also stressed that people watch television for the characters. This means character dynamics should fuel the conflict in the story. Their psychology should drive forth the friction, tension or energy in scenes.

10) Learn How To Take Notes

Taking notes is non-negotiable as a TV writer. ‘It’s tough, because you have to pour your heart and soul into the screenplay, but also be prepared to change it.’

‘Mourn the first draft,’ Gina recommends, ‘Don’t take it personally. Just tell yourself it wasn’t what they wanted, then move on.’  MORE: Top 5 Screenplay Notes & What They REALLY Mean