HOST – How To Write, Make And Sell A Horror Movie 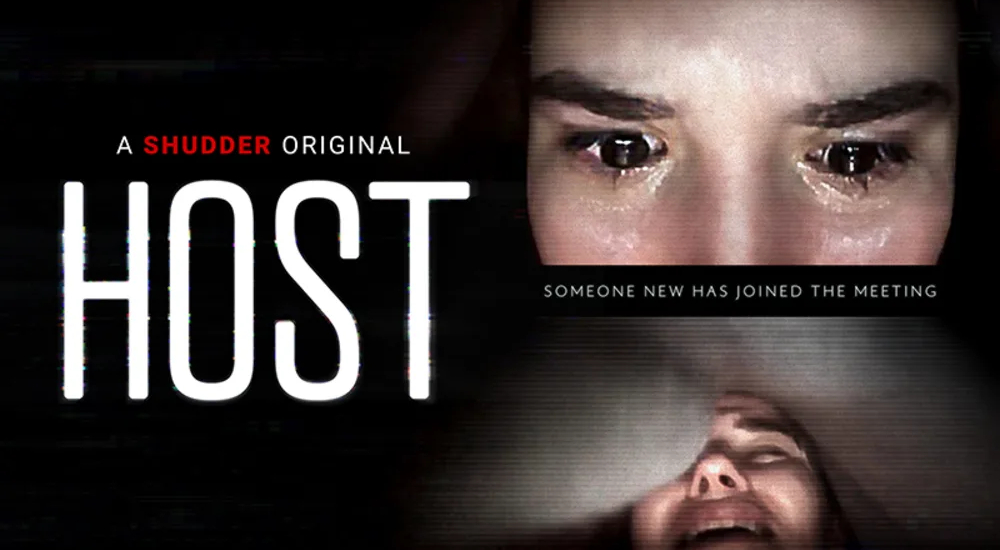 Host (2020) is a low budget British Horror movie that IMDB describes as, ‘Six friends hire a medium to hold a séance via Zoom during lockdown, but they get far more than they bargained for as things quickly go wrong.’

Receiving rave reviews and a whopping 100% critics’ score on Rotten Tomatoes, Host was conceived and shot in Lockdown! That’s right, Host did not exist even in its creators’ minds BEFORE March 23rd, 2020. In fact, had the pandemic not happened, this horror movie may never have been written and produced at all.

So I met the creative team behind séance horror movie Host on Zoom … because OBVIOUSLY!

Luckily for me no ghosts or monsters came after me as a result. Here’s what director and co-writer Rob Savage and writers Jed Shepherd and Gemma Hurley had to teach me and the Bang2writers … Enjoy! 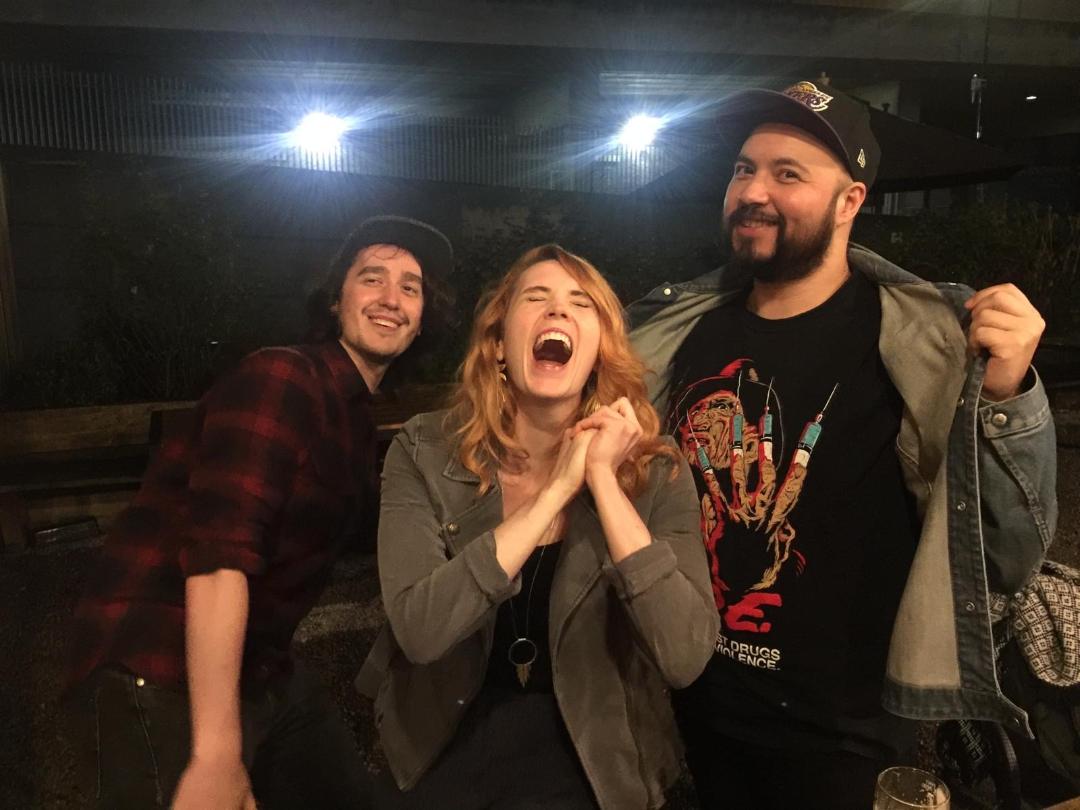 1) You Have To Make Your Own Opportunities

Jed and Rob met when Jed saw Rob’s 16 second comedy short (yes seconds, you read that right!) online. It was called Touching from a Distance and prompted Jed to reach out to Rob on Twitter, saying they should hang out. They did.

Jed then pitched Rob a short horror film called Dawn of the Deaf, which they made for just £7K. They wanted to make a feature, so made the short as a ‘proof of concept’. A drama school gave them the money on the condition they put their students in the film. They did (and now some of those students are in Host, too!).

Dawn of the Deaf ended up at Sundance which opened a lot of doors, including with US management and platforms like Shudder. Of course, it’s Shudder who is now streaming Host!

TOP TIP: Make contacts and collaborate wherever you can.

2) If You Build It, They Will Come

Host started as a prank video. Rob, Jed and some friends were meeting for Zoom ‘happy hours’ during lockdown. Rob wanted to make them believe a zombie had eaten him, live on a Zoom call. He did this and recorded their reactions, editing it together and uploading it online. It was such a fun idea it went viral, with people sharing it all over the world.

But of course, that was not the end of the story. Various industry people saw the prank video as a great film idea and got in contact. They had a question for Rob and Jed …

‘Do you want to do anything just like this, but longer?’  YES!

Rob looked to Jed, the first writer for the initial inspiration. Jed said, ‘Leave it with me.’ This lead to Jed’s 4AM text message – ‘Zoom séance’. The rest, as they say, is history!

‘The door was firmly closed to us … You have to do things yourself.’ Says Jed.

TOP TIP: If you create and get great stuff out there, then people will come to you.

Meanwhile, second writer Gemma Hurley was at home and not involved yet. ‘I saw the prank video and I was super envious,’ Gemma says, ‘Rob and Jed had done something creative while I was sitting on my sofa eating banana bread in lockdown.’

When Rob got in contact with Gemma saying they wanted to get a quarantine movie written, made AND released within ten weeks, she was initially sceptical. Would it even be possible? Then she decided to just go with it.

‘I had a two week window free’ says Gemma, ‘worst case scenario I could have fun with some new people, even if the deal with Shudder fell through and nothing came of it.’

TOP TIP:  Make fun projects with people you want to work with. 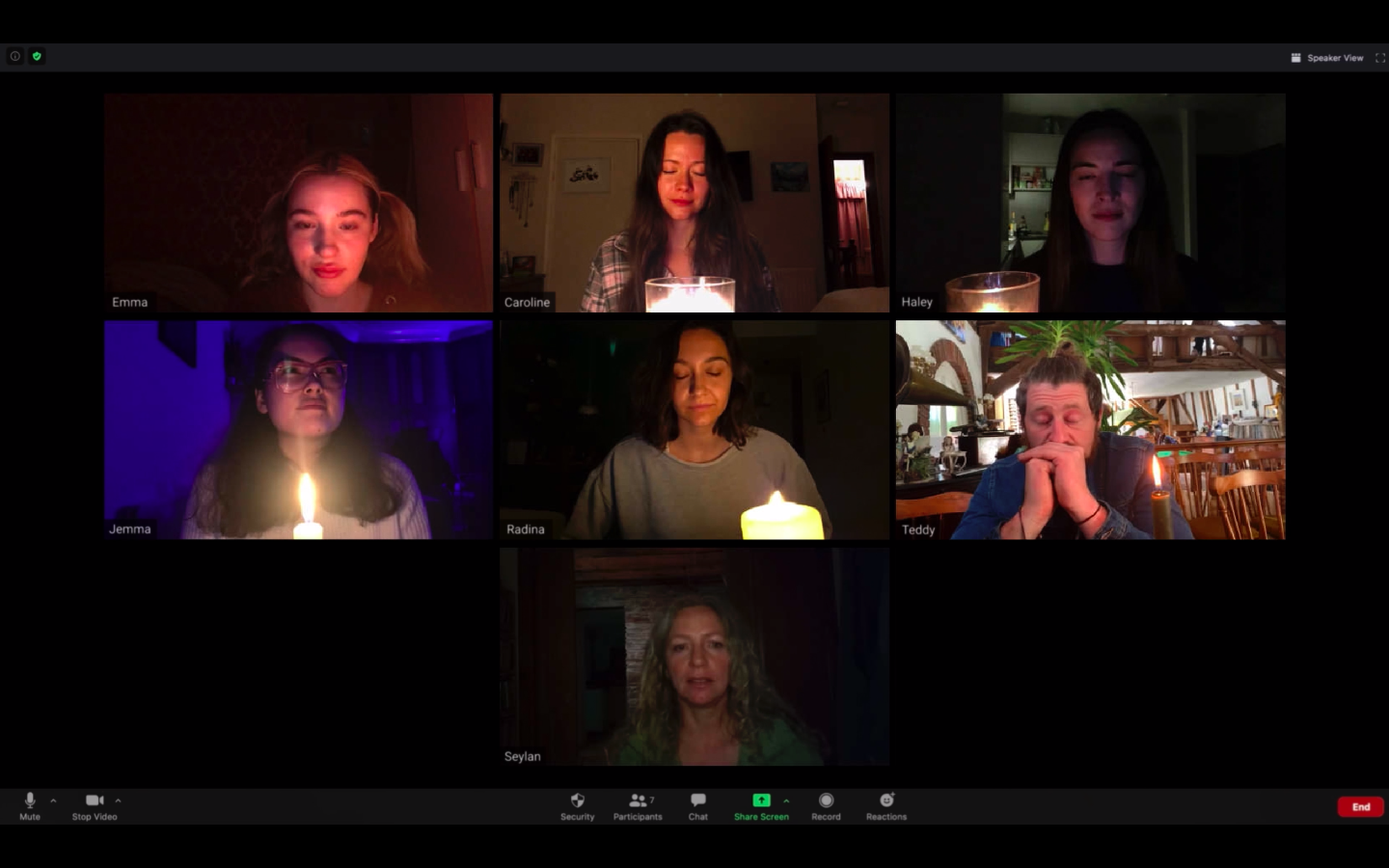 4) You Have To Play The Long Game

Gemma got involved in Host because she’d met Rob about a year before through a mutual contact. They’d had a meeting after Rob read a screenplay of Gemma’s.

‘I read Gemma’s script and it had something in it that made me stop reading, it was that intense,’ says Rob, ‘That moment was so fucked up I knew I had to work with her.’

This is why networking and ‘getting yourself out there’ is so important. Rob didn’t have anything for Gemma at the exact time they met, but she was first on his list when he did.

It was the same for Jed and Rob with Shudder. They’d been fans since its inception, plus Rob had also met Shudder after Dawn of the Deaf had played at Sundance.

There was a bidding war on Host since it came at a time no content was being made. Being fans Rob and Jed were particularly interested in what Shudder had to say about it. The platform seemed to get Host from the offset and did not require script or edit approval. Going with them was a no brainer.

‘It wouldn’t be the same movie with anyone else,’ says Rob.

TOP TIP: Play the long game and pay attention to who is making/doing what!

5) You Don’t Have To Do Things The ‘Expected’ Way

Host was not a traditional project. It was written in a two week window via a shared Google doc, no Final Draft! It was less of a screenplay and more of a ‘scriptment’.

There was no dialogue because the actors improvised this. ‘We had to trust in the actors to deliver, based on experimentation and improvisation,’ says Rob.

There was also a ‘test séance’ for Host that helped inspire a lot of what happens in the movie. Pre-production consisted of collaboration between Rob and the actors, sending ideas, feedback and footage back and forth in response to ideas for scenarios and moments in the film.

Within that two week window Rob, Jed and Gemma worked out the plot as a kind of framework. Even so they had a ‘solid idea’ of the plot and even how the set pieces should work.

‘Some scenes were more worked out than others, but it was a real fly-by-the-seat of your-pants project, start to finish,’ Rob says.

TOP TIP: Do things YOUR way, whatever works.

6) Your Constraints Can Actually Add To Your Project

Lots of Bang2writers contact me in despair. They will say they ‘can’t’ get projects made themselves because they have too many things standing in their way. But what I love about Host is the fact they had the same obstacles, plus one big addition!

Remember, Host was made despite …

‘The limitations were actual benefits,’ Jed says, ‘Everyone we wanted was available. How often does that happen? The negatives became positives.’

Gemma agrees, ‘The cast’s natural chemistry shines through. Ten years of friendship does that. We were able to mine our real shared experiences of lockdown too, like our real existential worries about loved ones’ safety … or perhaps having moved in with a partner too soon … or living back with parents. Even just the weirdness of having our friendships migrating to Zoom. It was real. It’s all there.’

Rob continues, ‘We were asking so much of everyone. If we hadn’t been good friends, it couldn’t have worked, we couldn’t have expected such a level of commitment.’

TOP TIP: Make your constraints work FOR you, rather than against you. 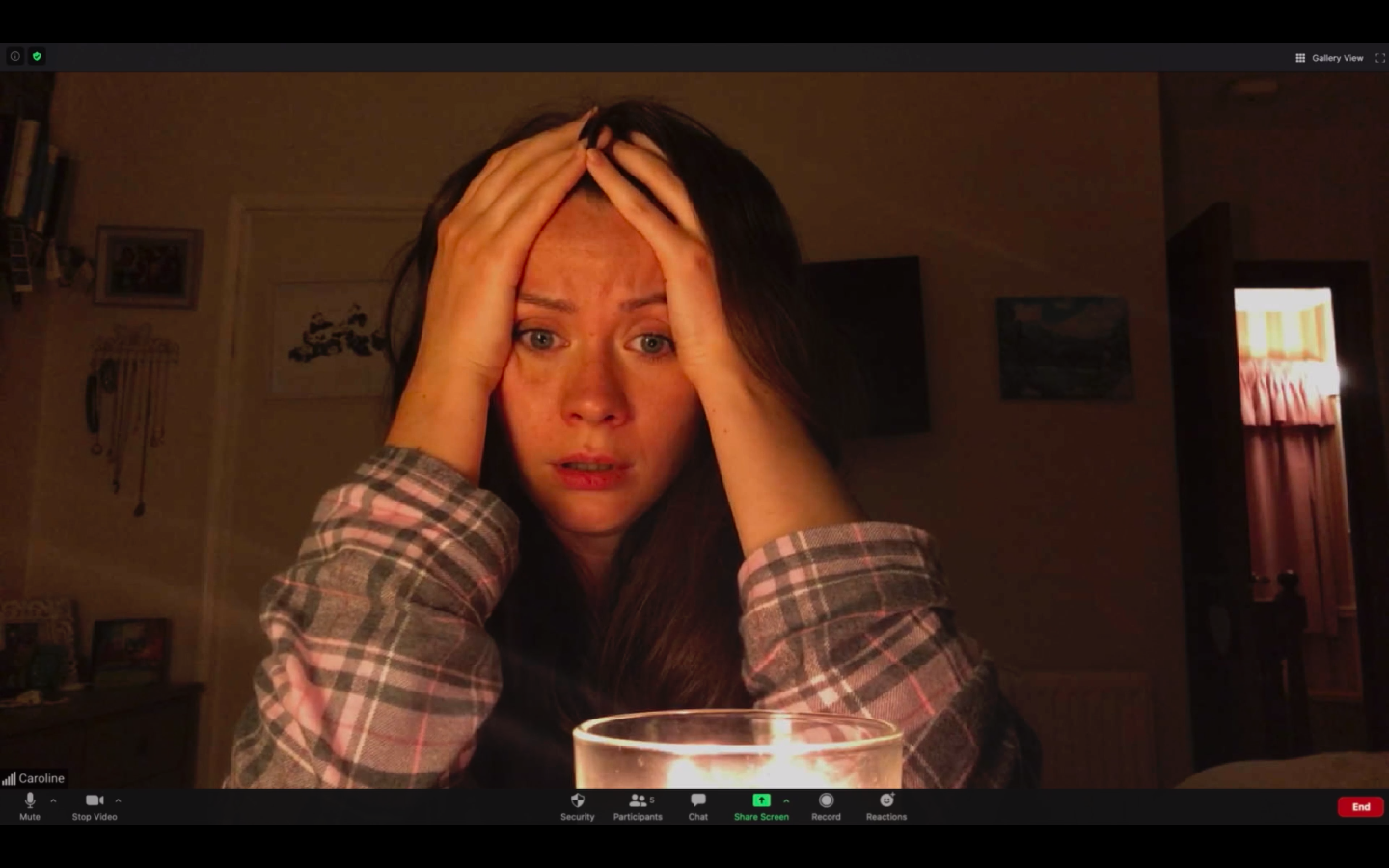 7) Set Pieces Are Crucial In Horror And Other Genres

I was really keen to hear the trio’s thoughts on set pieces, an integral part of genre writing. Too often genre spec screenplays are just dramas with lots of screaming and running about!

Rob says, ‘A set piece is a stand-out moment … Those scenes that take the concept and play it out in an involving way. A talking point for the audience.’

I really like the idea of revisiting the concept of the story and turning it into a specific plot event as a ‘talking point’ for the audience. But HOW do screenwriters do this?

Jed nails it: ‘I think of football here, which involves a series of movements towards a goal. Set pieces are the same. Each set piece must move the characters towards that goal, which in this case is SCARING the audience since Host is a horror movie.’

TOP TIP:  Use set pieces to manipulate audience emotions – fear, excitement, laughing etc – and to get them talking. MORE: How To Write Set Pieces

‘Meet as many creators as possible. This doesn’t mean go after the big players, it means finding people at your own level, who you can collaborate with. That meeting with Rob a year ago could have lead to nothing, but you have to build many relationships. You also have to play the long game … The writers’ room I am in for Sky right now comes from a meeting I took with a producer ten years ago.’

‘Don’t put obstacles in front of yourself.’

‘Look around and make the movie you can RIGHT NOW. Don’t wait for the perfect time, there’s no such thing. Don’t wait for industry ‘permission’ or support, we got none. You have to find your own success.’

Jed confessed to being ‘obsessed’ with Capri Suns, bringing 2 to the forty minute Zoom meeting with him. With this in mind then, here’s Jed’s last, bonus tip …

‘Put a Capri Sun in the freezer and then you get a cheap but big Calippo.’

There you have it … Get out there and make it happen!

2 thoughts on “HOST – How To Write, Make And Sell A Horror Movie”