3 Reasons Why LEGALLY BLONDE Is Like, The Best Characterisation Totally, Ever

Yes, the one with Reese Witherspoon in – and that itty bitty dog. And the legal stuff. Duh. 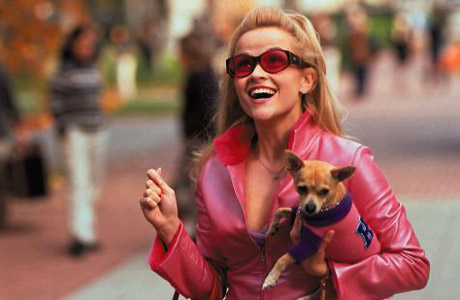 Dispel your prejudices at the door Mofos, because I put it to you: whilst candy sweet and pink on the outside, LEGALLY BLONDE is like ROCK on the inside. So … kinda like seaside rock, whaddyaknow?? 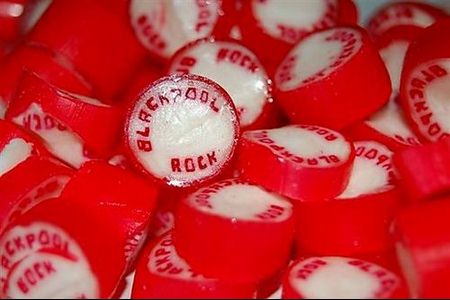 But as you DO know, the average spec screenplay comes nowhere near ROCK on the characterisation or storytelling stakes. Instead, more often than not, the most a reader like me can hope for is something well … more FLACCID:

So what makes LEGALLY BLONDE so great on a storytelling level? Well try these three reasons for size:

1) Elle subverts our expectations from the beginning

At grass roots level, Elle is a “classic” girly-girl. She loves pink; she loves her teeny dog; she looks a million dollars.  And her ambitions are pretty *usual* for a young woman of her background. She wants to get married; have the white picket fence; the 2.4 kids; the flashy house and car; the gorgeous husband and to never have to worry about money.

It would have been easy to paint Elle as a spoilt brat, but instead she is a REALLY NICE PERSON. Everyone loves her. She is genuine and warm and has loads of friends. Again, it would have been easy to paint her as a complete bimbo, but NO …  Elle is someone who has a firm head on her shoulders. This is indicated in that early scene where a shop assistant tries to get one over on her with the dress, but Elle sends her packing with a flea in her ear.

In other words then, LEGALLY BLONDE shows us that Elle is not who we expect. She is not the character we *think* we have seen millions of times before, which is the Spoilt Princess and/or blonde airhead. And what a refreshing change!

In comparison, stereotypes abound in the spec pile: it’s chockfull of brats and bimbos to the hilt, especially in the Rom Com genre. Too often, female protagonists have to realise there is more to life than material goods or their own vanity. Reader response? LE YAWN.

Lesson 1: Surprise us with your characterisation, like LEGALLY BLONDE. As Elle demonstrates, “surprising” doesn’t have to mean “off the scale” weird. Just step to the left a little … That’s better.

2) Everyone gets what they deserve

From Elle’s POV, the bad guys get their comeuppance and the good guys prevail. So it’s only fitting that everyone in this narrative get what they deserve, ie. the creepy professor who comes onto Elle gets literally thrown out of court and of course Warner ends up graduating “without honours, without a girlfriend and without job offers.” BOO. Hissssss! But equally, both Emmett and Paulette come to Elle’s aid from the offset and are nothing but encouraging, so are rewarded accordingly: Emmett gets Elle’s love and Paulette finds love with the Delivery Man. Aaaaah. YAY!

But even MORE refreshingly, those characters who REVISE their opinions of Elle also get what they deserve: both Vivian Kensington and Professor Stromwell do not take Elle seriously in the first instance, but over the course of the narrative come to her aid and thus are rewarded accordingly. This shows Elle can let bygones be bygones and is ANOTHER tick in her favour as a “good” person, because she does not hold grudges.

Lesson 2: If you want your character to be seen as a good person, you are more likely to do this if other characters make unfair or unjust assumptions about them, which they are later forced to revise.

Yet in comparison to again how we expect, Elle arrives at this realisation not by abandoning who she is (such is the infamous and classic version of this type of narrative, like Sandy in GREASE), but by EMBRACING it.

If you recall, all her major insights throughout the movie (especially in a legal sense) arrive BECAUSE of her “special knowledge” of fashion and hair. This is knowledge she had BEFORE the movie even began … And really, why should Elle’s interest in fashion and hair mark her out as a “bimbo”? Why isn’t her knowledge valuable? When broken down like this, it’s immediately apparent any assumption that people’s interests “make” them vaccuous is in itself, ultimately vaccuous.

LEGALLY BLONDE might not be Shakespeare, but then the average movie is not even close to The Bard because movies are not even the same medium, so it’s a daft comparison. This movie leaves us with the overwhelming message  that WHO you are is too important to throw aside in the search for enlightenment.

In comparison, spec screenwriters are too quick to throw the baby out with the bathwater in trying to make a supposed “change” in their characters apparent. But what if you don’t even need change? Who says a transformative arc for the protagonist is a MUST? Is ‘Good’ Characterisation Really About Change, anyway? It doesn’t have to be.

So next time you’re coming up with characters, don’t think of how the story changes them … Instead, think how WHO the characters are INFORMS the story and what happens. You may surprise yourself – and your spec script’s reader.

7 Responses to 3 Reasons Why LEGALLY BLONDE Is Like, The Best Characterisation Totally, Ever