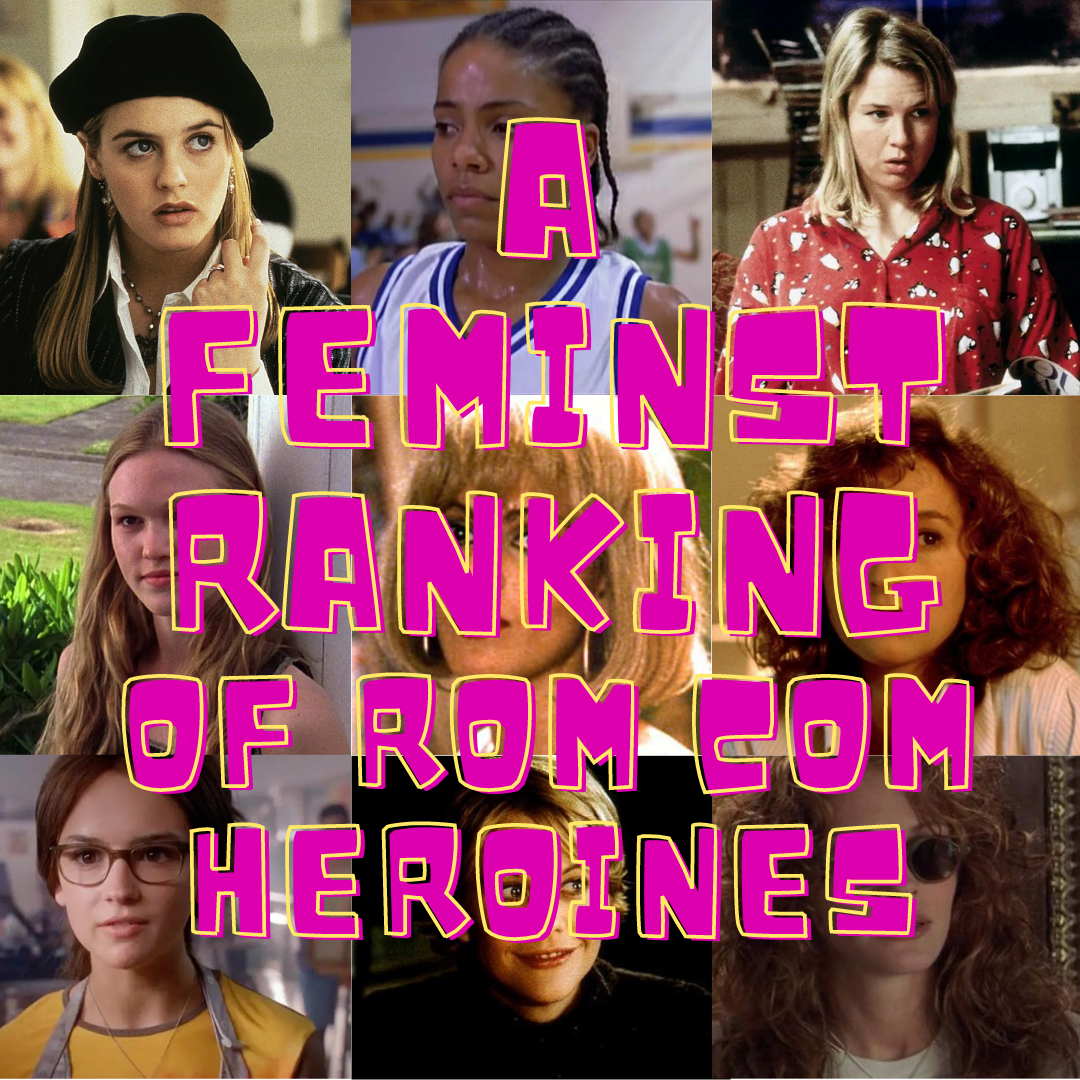 I sometimes feel like I’m betraying myself as a feminist with my rom com obsession. I live for the meet-cutes, Cinderella moments, and happily ever afters … All the unfiltered romance tropes that both make the genre so great and get it (unfairly) dismissed as superficial pap.

But rom coms can and do offer a space in which feminist ideas can flourish. To prove it, I’m ranking some of my favourite leading ladies (not very feminist, but fun!) from least to most feminist.

I enjoy a Nora Ephron rom-com as much as the next person — but boy, does she have a warped vision of feminism. Kathleen Kelly is a modern woman defending her family bookshop from bookstore tycoon Joe Fox. A strong start. Except she then falls in love with the man who not only destroys her livelihood, but is an absolute jerk to her. Not sure about that one, Kathy. MORE: 8 Mistakes That Will Kill Your Romantic comedy Screenplay DEAD

This movie turned the genre on its head — and not just by refusing to let the girl get the guy. Jules Potter is not a clutz, not a gossip, nor is she any other flawed female protagonist cliché. She is a selfish, stone cold snake who tries to sabotage her best friend’s wedding (a terrible guy, by the way) and, in doing so, totally throws adorable Cameron Diaz under the bus. Props for subverting stereotypes, but what happened to women supporting women?

8) Laney Boggs, She’s All That

Laney Boggs is an independent thinker who wears her paint-splattered overalls with pride… until someone puts her in a dress and she loses the bulk of her integrity. I don’t blame her: the makeover is a powerful force! But I have a big problem with this sort of teen rom com ‘evolution’, that suggests women are only valuable when they conform to narrow ideas of beauty. Sorry to get serious, but as a curly girl it’s hard to see nobody end up with frizzier hair.

Speaking of dangerous dresses, Vivian Ward is another strong-willed heroine who falls victim to the movie makeover. Points for the protagonist being a sex-worker, and for Julia Roberts being utterly delightful, but I could do without all the white knight stuff about needing to be saved by a rich guy who just ends up modelling her to fit his social milieu.

The butt of endless bum and boob jokes, BJ does eventually stick it to the man, but she’s not exactly feminist with a capital F. Nothing wrong with that! It just won’t take you to the top of this list. A love-lorn, diet-crazed journalist, Bridget finds it almost impossible to get her shit together — endearing in the first film, kind of infuriating after that. That said, she does end up bettering herself (and not just to win the man) without ever ceasing to be Bridget. 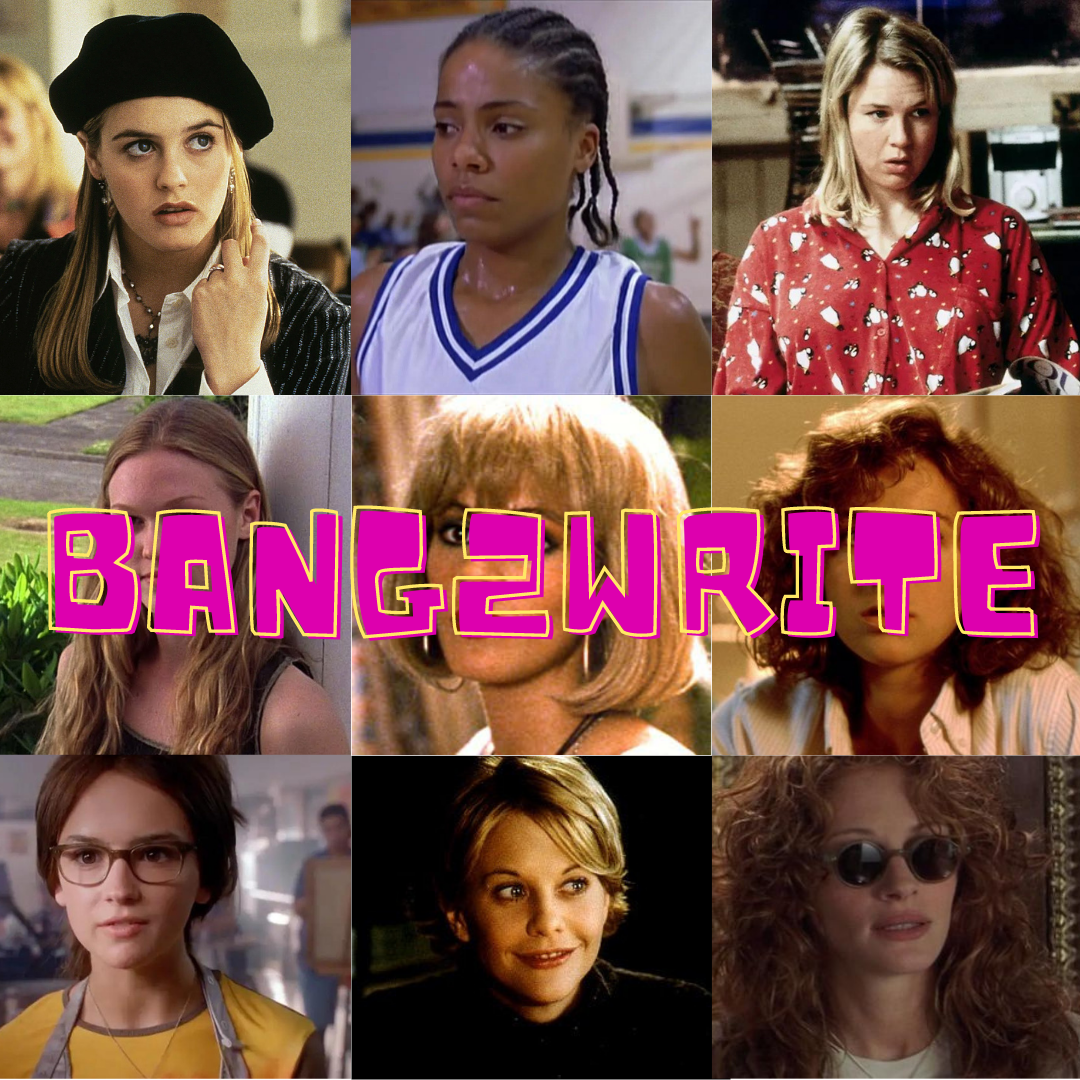 Makeovers of the movie-montage variety are Cher’s “main thrill in life”, but when she transforms grungy Tai into a Beverly Hills princess, the shallow monster she creates leaves her “totally buggin’”. What I love is that Cher begins and ends her own transformation looking like the after photo, but as she sheds her superficial outlook, she undergoes tremendous internal growth. With a little bit of creative writing, Clueless manages to do the movie makeover, and do it right.

4) Kat Stratford, 10 Things I Hate About You

Kat Stratford not only gets Heath Ledger to fall at her feet, she also slays with literature-based retorts, slams on the guitar, and bends it like Beckham (another excellent feminist movie). One of the few rom-com characters with overt feminist leanings, her riot-grrrl edge can make her seem a little cold, but ultimately she’s just fiercely discerning about the energy she invites into her life.

I’m not being dramatic when I say Baby was the star of my feminist awakening. With deck shoes, a watermelon, and the naïve belief that everything can be okay, she fiercely stood by her sense of right and wrong, admired other women without competing with them, ignored suitors with no qualm of ending up alone, and never apologised for being smart, audacious, and ambitious. I am in total agreement with Patrick Swayze: “Nobody puts Baby in a corner.”

At the age of 11, during her first basketball game with Quincy, Monica tells him, “I’m gonna be the first girl in the NBA.” His reply? “I’ma be in the NBA. You’re gonna be my cheerleader.” I can tell you all I need to about Monica and this epic feminist romance by jumping to the final scene. Monica’s a pro-player in the WNBA, and Quincy and her daughter are cheering on the sidelines. ‘Nough said. 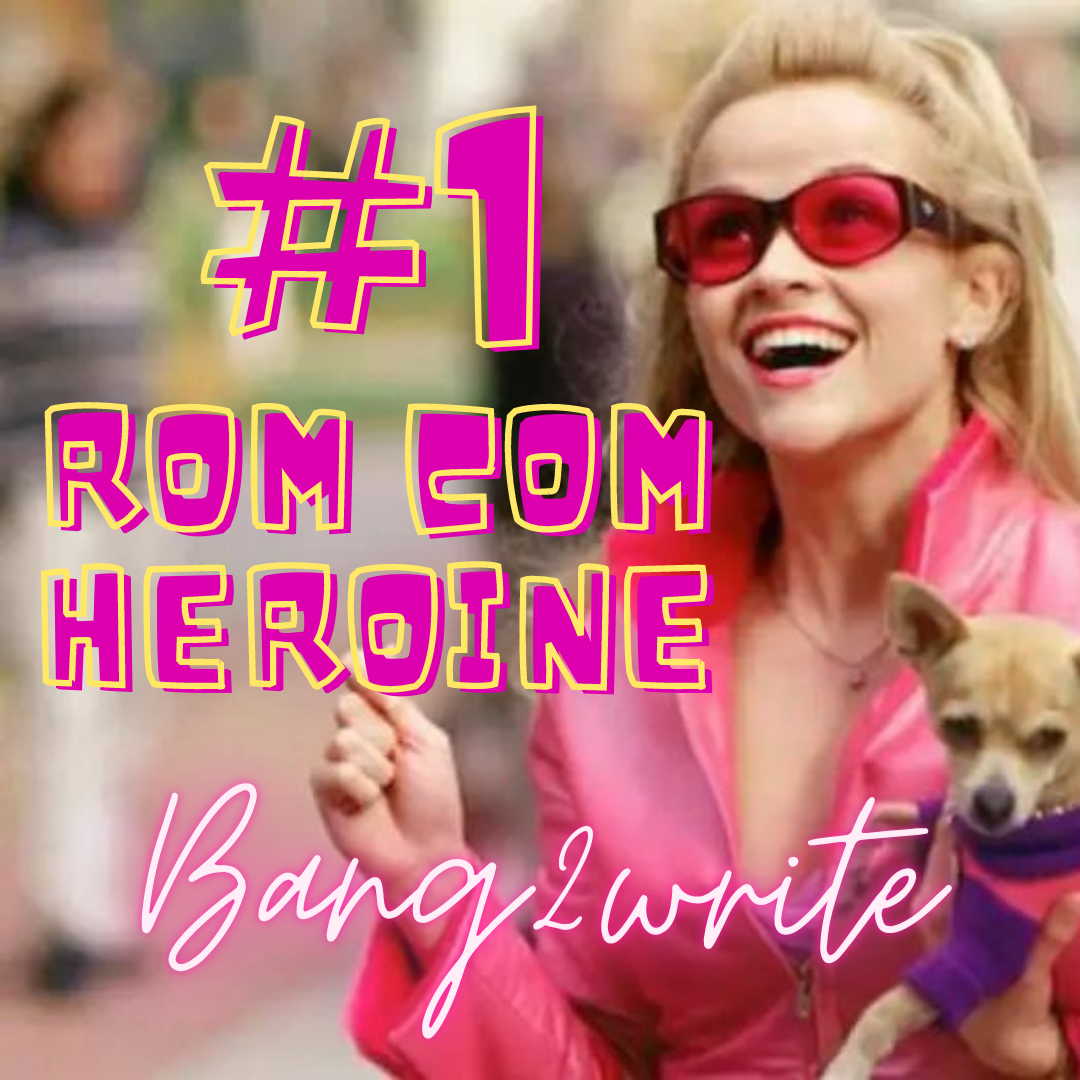 I know, I know: Elle only goes to Harvard to chase her ex. But halfway through, Elle takes her rom com plot and turns it into something with feminism coming out the proverbial. She isn’t chasing love, she’s chasing respect and self-improvement — and wants to get it with her integrity, bubbly disposition, and blowout intact.

Battling misogyny and sexual harassment, consistently proving she’s a girls’ girl, and, as a bonus, winning a man who supports her entirely, Elle finds out who she is: a fiercely intelligent feminist icon who really likes pink.

Now, if you ever find yourself sobbing into your writing software struggling to avoid cliché characters and copy-paste, predictable plots, take some inspiration from these fictional women. MORE: 3 Reasons Legally Blonde Is Like, The Best Characterisation Totally, Ever

BIO: Eve Lynch is a writer with Reedsy, a marketplace that connects authors with the world’s best publishing resources and professionals. In her spare time, Eve enjoys travelling with friends and reading literary fiction, so she’s often on the lookout for scenic new places to sit down with a book — or do a little writing of her own!