Brit Marling Is Wrong On ‘Strong Female Characters’. Here’s Why 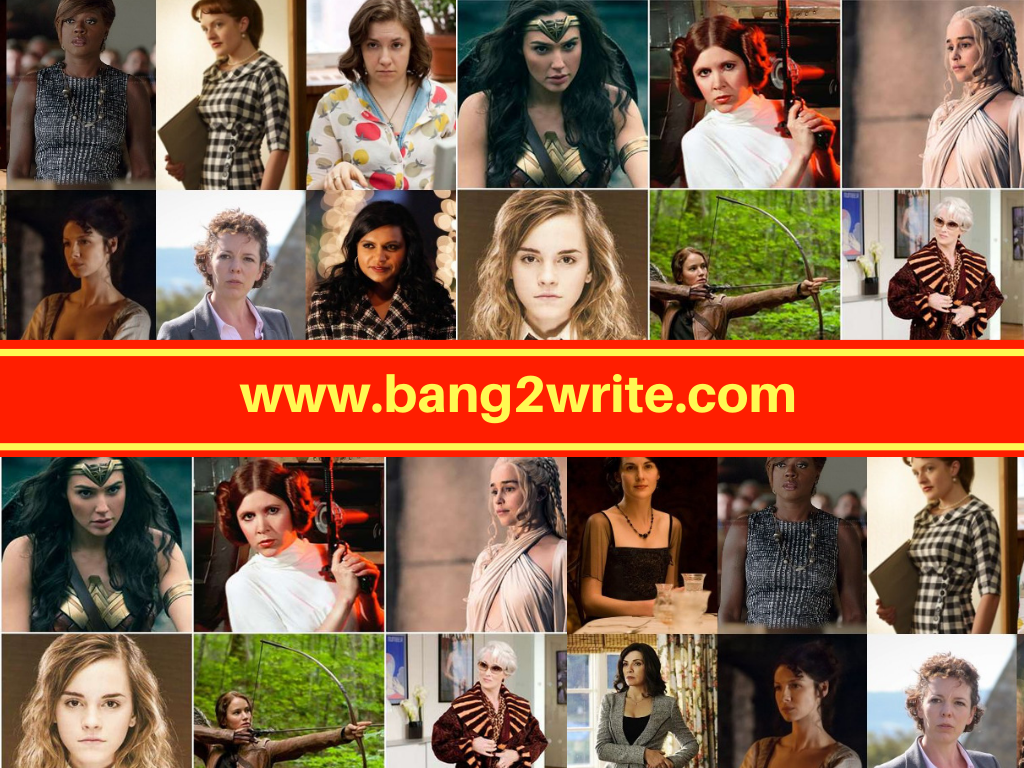 All About Brit Marling

I’ll confess I hadn’t heard of Brit Marling before last weekend. Like a good portion of blogging writers, the first I knew of her was her opinion piece in the NY Times, ‘I Don’t Want To Be the Strong Female Lead’. It’s fair to say this article really lit up social media. Since B2W is known for its own commentary on female characterisation, I thought I’d throw my own thoughts out on it.

But first, credit where it’s due. Brit Marling is an American actress and screenwriter. She’s starred in films such as Sound of My Voice (2011), Another Earth (2011), and The East (2013), which she also co-wrote. She also co-created, wrote, and starred in the Netflix series The OA (2016).

It’s clear Marling is an accomplished and talented individual. B2W would never attempt to tear down a fellow female creative.

Before anyone gets their knickers in a twist then, it should be noted that this article is not a ‘clapback’ or ‘call-out’ … Instead, it’s just a disagreement on her apparent reasoning of how she appears to have got to it. Ready? Then let’s go …

Where Marling Gets It BANG ON

First though, I should mention the article is a good read. Marling makes some persuasive points framed within her lived experiences as an actress that are very valuable. It’s true that there is endemic sexism in the industry, meaning female actresses are more vulnerable.

It’s also true that historically, female characters are underwritten as standard, especially when in secondary or peripheral role functions. This in turn leads to a plethora of female dead naked bodies and victim-type characters. (This in turn feeds into the vicious circle of making the female actresses who play them more vulnerable).

It would also be nonsensical for B2W to claim it doesn’t find the term ‘strong female character’ reductive and has done for years now. Here’s the most recent example: It’s Time To Call Bullshit On Strong Female Characters.

Ultimately then, B2W and Marling agree: it’s time for the ‘Strong Female Character’ to retire, once and for all. So what is my problem?? 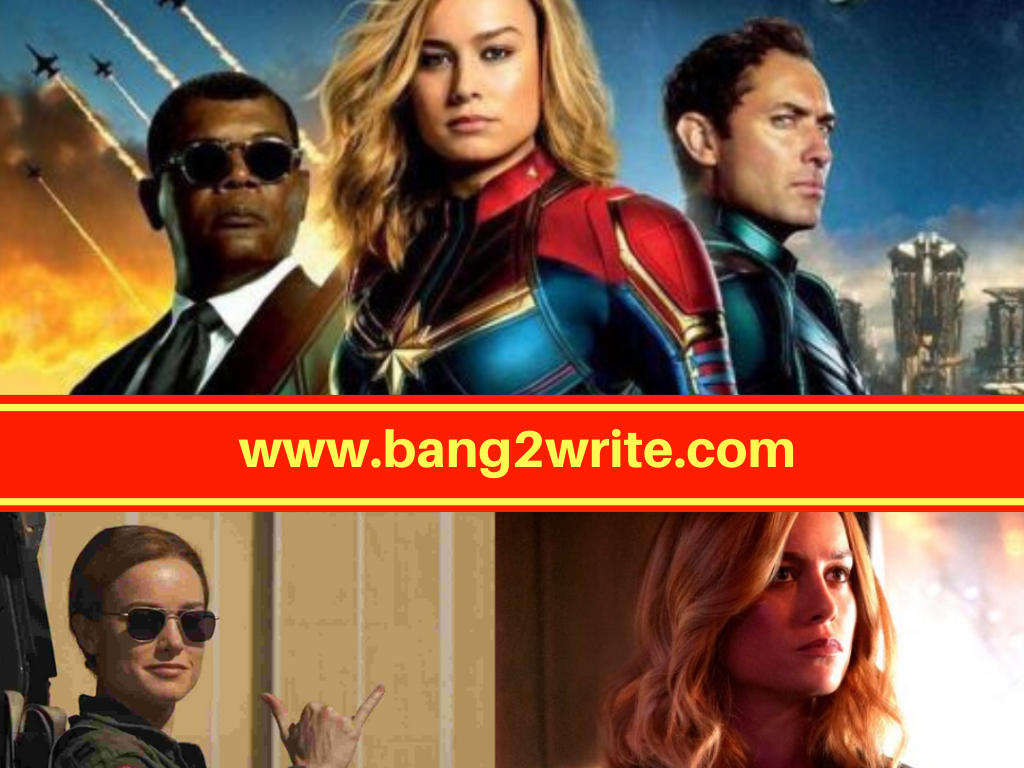 Marling appears to have a major downer on The Hero’s Journey in her piece. She makes the point that it is an overused plotting archetype and again, B2W agrees with her. In fact, here’s a B2W recent article on Dan Harmon’s Story Circle where I say much the same.

Where we begin to move apart is WHY Marling thinks The Hero’s Journey is a ‘bad’  thing (or at least not ‘as relevant’ for female characters).

This is because Marling appears to have very strong opinions on so-called ‘masculine’ and ‘feminine’ traits. She associates The Hero’s Journey with the ‘masculine’. This has the knock-on effect of suggesting a female hero ‘needs’ to go through something quite different to qualify as a complex character.

However, as I’ve said many times on this blog, there is nothing remotely gendered about heroism … Or indeed The Hero’s Journey. (In contrast Joseph Campbell’s Monomyth DID use sexist language and ideas to underpin it, compare the two HERE). So, B2W believes heroism is not actually gendered and it’s just society that has put men as automatic heroes. We have all read accounts of heroic women and their actions in real life, so why not storytelling? Seems like splitting hairs to me.

I also don’t think it’s necessarily patriarchy that is the issue here, at least when it comes to Hollywood blockbusters. Hollywood follows the money, so it’s society’s reliance on capitalism (especially box office return via ‘bums on seats’) that has placed The Hero’s Journey at the forefront for forty years.

But this, too, is changing! There are countless other plotting archetypes available which have been gaining in popularity, especially in the past 5 years. Here’s a comparison of just 3, all with female leads, all scoring well in excess of $500m at the Box Office.

This notion of supposedly ‘masculine’ and ‘feminine’ traits is the real sticking point for me in Marling’s argument. This is because B2W has always posited that it’s ‘personality first, gender second’ when it comes to great characterisation.

I simply don’t believe in the concept of gender as the ultimate driving force for the things men and women do. I think it CAN be very important … But I also think it’s not important at all, plus every available shade in-between. I also think how important gender is will change according to context, too.

With all this in mind then, to me The Hero’s Journey is simply a plotting archetype. Nothing more, nothing less. Any assumption this is automatically ‘masculine’ is down to the person interpreting it, not the actual archetype.

‘It will always be relevant and always be inspiring to see somebody turning themselves into a warrior.’

Unlike Marling, I identify very, very strongly with The Hero’s Journey. I feel like my own lived experiences have been a massive journey, sometimes an ordeal … I have had allies help me and villains attempt to bring me down. (It should be said I don’t think I have reached the elixir yet!).

Like Waller-Bridge, I am ALWAYS inspired in seeing someone going from ‘zero to hero’ and becoming a warrior.

So when writers like Marling say women do heroism ‘differently’ somehow, it makes me feel like I am doing something wrong. Even worse, some people really have told me I am ‘too male’. But this is bullshit. I am me.

On the flip side, there are many men who present as ‘macho’, yet also have the traits Marling says are ‘feminine’ – listening, vulnerability, empathy. Not because these men are ‘really women’, or because they are ‘feminised’, but because human beings are complex. 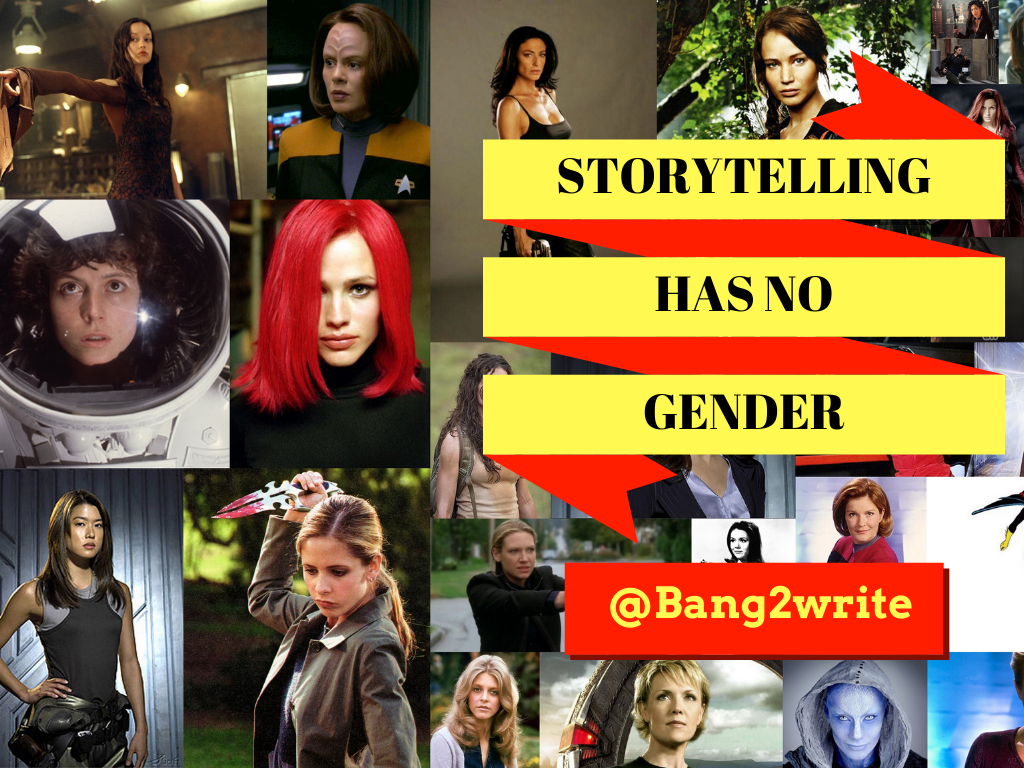 We have seen more and more female heroes in the past decade. According to Marling, here’s why we like them …

‘What we really mean when we say we want strong female leads is: ‘Give me a man but in the body of a woman I still want to see naked.’

Erm, we probably want to see ‘strong male characters’ naked too, especially if we consider the likes of Thor and Wolverine letting it all hang out (Whaaaat??).

But more importantly, just because female characters are kickass hotties does NOT mean they are automatically bad characterisation. Many movie-goers love this trope, including female audiences. Here’s 5 Modern Kickass Hotties Who Are Also Great Characters.

If Marling and others don’t like Kickass Hotties, that’s obviously fine. But to reject them outright as simple male fantasy, ignoring the fact many girls and women enjoy and relate to them too, is not progressive in B2W’s opinion.

Can We All Please Move On?

Marling is absolutely on the button when she says ‘strong female character’ is a reductive label … But trying to fix this issue within the frame of ‘female-ness’ is an own goal. As B2W has always said, trying to fit various traits into various ‘gender boxes’ is not going to help us achieve great characterisation.

It’s true that female characters need more complexity, as standard. But it’s also important to remember that how we define ‘complex’ needs to be under constant review too. This will depend on what’s gone before in the genre, medium and tropes. It will also depend on how audiences respond to them.

What complexity means needs be under review in us as writers, too. How we view complexity will be according to such things as our worldviews, past experiences, fears for the future, relationships, personal vs global politics, the period in history we find ourselves in and many, many other things.

Finally, ‘The Strong Female Characters’ debate seems very old fashioned to me in 2020. The conversation seems to have stalled.

We’ve had a good decade of great female characterisation …Though most of the actual leads have been – surprise! – white, straight, cis, able-bodied just like their male counterparts before them.

It would be nice if we saw more pro writers picking up the mantle on diversity and inclusion and helping push the conversation on representation, instead of endlessly pontificating on what makes a female character ‘strong’. As it is, we’re in serious danger of repeating ourselves now. 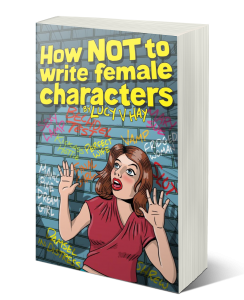 You can also grab a free B2W eBook, How Not To Write Female Characters HERE (by signing up to my email list). Or if you don’t like that idea, grab it (still free) direct from Amazon, HERE.

previous10 Lessons On Writing Women From Phoebe Waller-Bridge
nextNEWSFLASH: Like it or Not, You Need To Outline