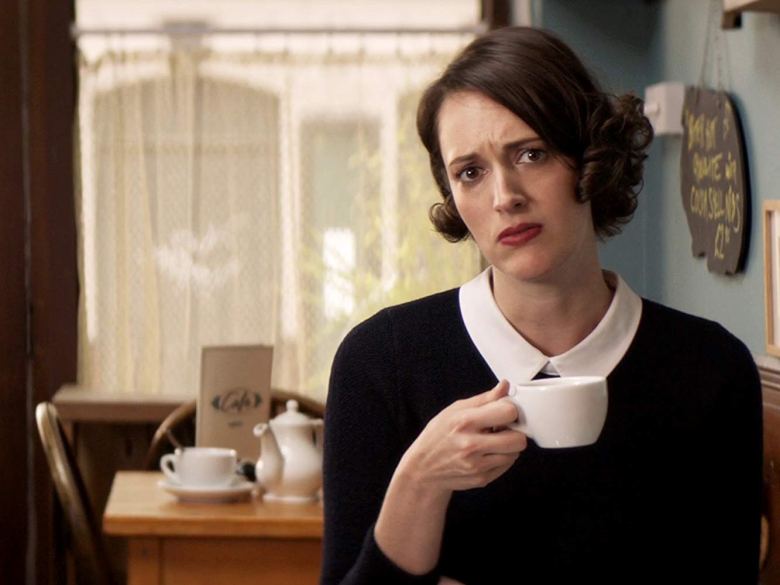 If you’ve never heard of Phoebe Waller-Bridge, my first question is where have you been???  She is, of course, the English actress and writer who created, wrote, and starred in the BBC tragicomedy series Fleabag.

Phoebe was also the showrunner and executive producer for the first series of the BBC America thriller series Killing Eve. More recently, she signed on to ‘spice up’ the new James Bond movie, No Time To Die. So it’s fair to say this is a creative who knows her stuff!

With all this in mind, Bang2write took a look at her thoughts on writing female characters. Ready? Let’s go …

1) The Hero’s Journey is not just for male characters …

Waller-Bridge: ‘It will always be relevant and always be inspiring to see somebody turning themselves into a warrior.’

Phoebe is BANG ON here. The reasons The Hero’s Journey has been such a popular plotting archetype for so long is because literally everyone can relate to it. Nearly everyone will have to be a warrior and deal with adversity at some point of their lives.

With this in mind then, writers need to realise two things … Female characters CAN be just as relevant and inspiriting as their male counterparts. They also don’t necessarily have to follow the standard Hero’s Journey template. What about ‘Rebirth’, or ‘Voyage and Return’? (Don’t know what these are? CLICK HERE).

2) … But female characters need to be COMPLEX!

Waller-Bridge: ‘I suppose the cult of the strong woman character on TV has probably been misinterpreted in so many different ways, meaning that a woman can’t be emotionally complicated or want things or can’t be weak in moments.’

Yup. As I’ve said many, many times on this blog, It’s Time To Call Bullshit On Strong Female Characters. It’s a reductive phrase that leads to two-dimensional characterisation. Audiences want complex characters who just so happen to be female.

Waller-Bridge: ‘I really, really wanted to write about just female relationships with other females and things.’

Female characters are too often side-lined in men’s stories in fiction, movies and TV. Audiences are tired of it. Women are more than labels and should not be defined by who their husband, boyfriend or father is. This is basic. You got this! 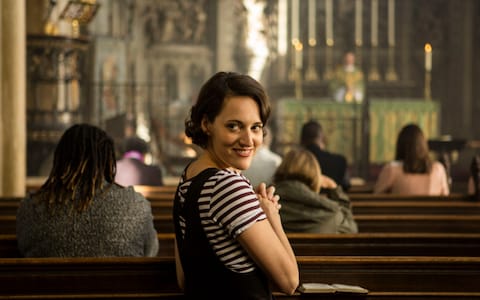 4) Put women in the driver’s seat

Waller-Bridge: ‘You don’t often see a cross section of female characters interacting with each other at the top of a chain.’

But what if female characters operated in female-dominated story worlds instead? What could that bring to your story? Perhaps  it’s a story of a single group of friends or co-workers. Or maybe your female characters live in matriarchies where women are in all in the positions of power. Why not?

5) Women get told who they are

Waller-Bridge: ‘If you go into the mainstream with a female perspective that seems to resonate with a lot of people, you have a political agenda imposed on you.’

Phoebe nails it here. A male writer like Stephen King might write a piece of work that connects with a lot of people, but it’s rare his entire personality gets dissected along with it. Women have a lot more assumptions and pressure put on them and it tends to stick long-term, as well.

This is worth thinking about when it comes to female characters, too. How does your character get told who she is? MORE: 23 Famous Writers On Feminism

6) … Because female POVs are disruptive!

Waller-Bridge: ‘I see the portrayal of any believable female character as feminist.’

It’s great that female characters are becoming more complex and appearing more often in stories.But it’s important to note that female POVs are still not on an equal footing with men’s.

This means any female POV will disrupt will the current status quo … But is especially true when we think about female POVs that are not white, straight, middle-class or able-bodied. So keep going, ladies!!! 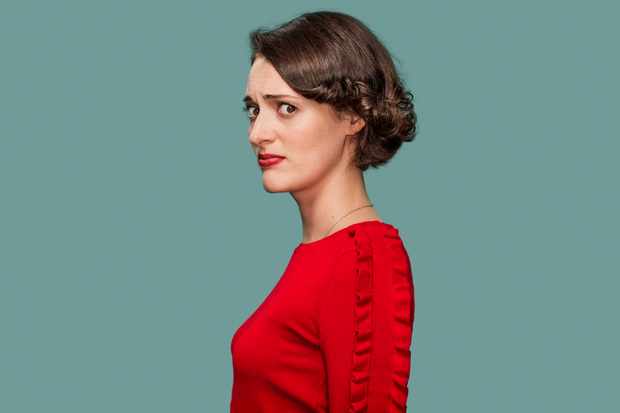 Waller-Bridge: ‘As women, we get the message about how to be a good girl – how to be a good, pretty girl – from such an early age. Then, at the same time, we’re told that well-behaved girls won’t change the world or ever make a splash.’

Growing up a girl can be frustrating, confusing and intimidating. There are lots of restrictions on what we are supposed to do and not supposed to do. The double standards are exhausting. This can even be imposed via other women, even those calling themselves feminists.

This kind of knowledge can be gold dust for any writer … Yet I see these type of contradictory layers in female characters very infrequently in the spec pile. Thinking about society’s double standards when it comes to real women can help identify female characters’ motivations, problems and dilemmas.

8) It’s not about gender, ultimately

Waller-Bridge: ‘I don’t think the challenge is asking an audience to like a character; it’s inviting them to try and understand them… then making that journey entertaining and worth their while. It’s a classic trick, but it’s human, and it allows characters to have more depth.’

Damn straight … B2W has posited many times that ‘likeability’ is a red herring when it comes to characterisation. It’s possible to detest a character, yet also relate to their actions in the story without condoning them.

Note how Phoebe doesn’t specify gender of character here, too. That’s because we want great characters who just so happen to be female. As B2W always says, ‘personality first, gender second’!

But these are normal fears. Do your research and it should be fine. Who knows, perhaps it won’t go the way you want. Failure is a learning curve.  Keep on keeping on! MORE: Top 5 Beliefs Of Fearless Writers

Waller-Bridge: ‘I’ll never get bored of seeing flawed women on the screen.’

Yup, me too … Sure, the Dudeflakes make a lot of noise on social media, but their petty grievances have made zero difference. Audiences have voted with their wallets and the verdict is in … Heavily idealised, side-lined or two-dimensional female characters are very definitely OUT. Complex, flawed female characters are IN. So what are you waiting for?? MORE: How NOT To Write Female Characters

Come to my next course …

My course with LondonSWF, BREAKING INTO SCRIPT READING is perfect not only for wannabe script readers, but savvy writers who want to know how script readers work. Can you afford to miss out?? The next one is June 19th-20th 2021 and on Zoom, so accessible from anywhere in the world.