One of the remits of B2W is demystifying script reading, especially screenwriting contests, so I’m DELIGHTED to have Phil Gladwin of UK contest Screenwriting Goldmine back on the site. The contest is currently open for entries, so make sure you utilise Phil’s great insider info here before submitting your script. Don’t miss the extra links at the bottom, either. Good luck!

A lot of contests, including Screenwriting Goldmine, reward early entries with a discount on entry fees. They do this because it helps them stagger the reading . If you miss out on these windows your entry costs can go up by 50% or more, which, if you’re entering a lot of contests (as you should be), can really add up.

Takeaway: Look out for discounts on script submissions and make sure you take them. If funds are tight this can mean the difference between entering one or several scripts.

A script and a novel are different beasts entirely, yet new writers often enter something that reads more like a book. . Pages of scene description, with dialogue that goes on for hours. Not good. In fact very bad. And then there are entries that read like bad poetry: all fancy polysyllables and no story. A good screenplay is light, sharp, fast moving and easy to read. It provides a well-structured skeleton that the director, actors and production crew can clothe.

Takeaway: If you’re not sure how dense is too dense, read some current movie scripts from www.script-o-rama.com, or the BBC Writersroom, to see how it’s done.

3) Send a script that isn’t ready

The scripts that get listed as finalists in the Goldmine contest are all of professional standard. They stand up on craft, concept, and presentation. They feel mature, strong, and sharp. So before you enter, be honest with yourself:  is your script ready?

Takeaway: it’s rare for a first draft to win a good contest. Schedule the time to finish, let it stew for a few days, and then rewrite it at least once. Hiring a good script consultant is never a waste of money. 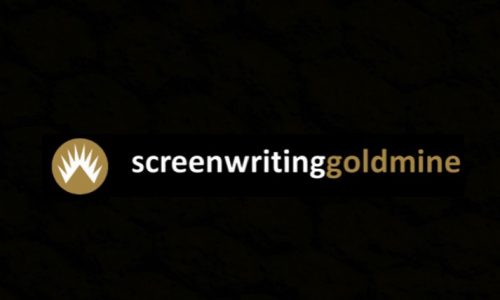 4) Bank On A Golden Ticket

Winning a script contest is not going to lift you into the ranks of the constantly working. Hell, even winning a BAFTA doesn’t mean you’ll necessarily work again. Even if the first prize is an option, the chances of that script making it into production are low, and the odds of one contest win carrying you into a long term career are lower still. The industry just doesn’t work that way. See placing in a contest as a significant addition to a CV.

Takeaway: Never stop playing the long game. Don’t for a minute think winning a contest means you can sit back.

All contests are just beauty contests. They have hundreds, even thousands of entries. Getting placed or winning depends on the opinion of a very small number of people. Opinion is subjective. The opinion of these people is in no way definitive. Never let not placing in a contest defeat you for long.

Takeaway: No one, two, or ten failures to place should come close to defeating your mighty desire to write. Remember, all it takes in the end is for one influential person to fall in love with your stuff!

BIO: Phil Gladwin is a British screenwriter / script editor / entrepreneur, and is the founder of www.screenwritinggoldmine.com, a site for British TV writers. The Screenwriting Goldmine Awards is now in its sixth year and attracts significant industry interest for the finalist writers.

Is Your Screenplay Ready? AKA 12 Qs To Ask Of Your Writing by Philip Gladwin

How To Beat The Gatekeepers – TERRIFYING infographic from Screenwriting Goldmine

previous10 Quick, Innovative Questions For Your Female Characters
next6 Ways To Get Great Writing Ideas From Social Media