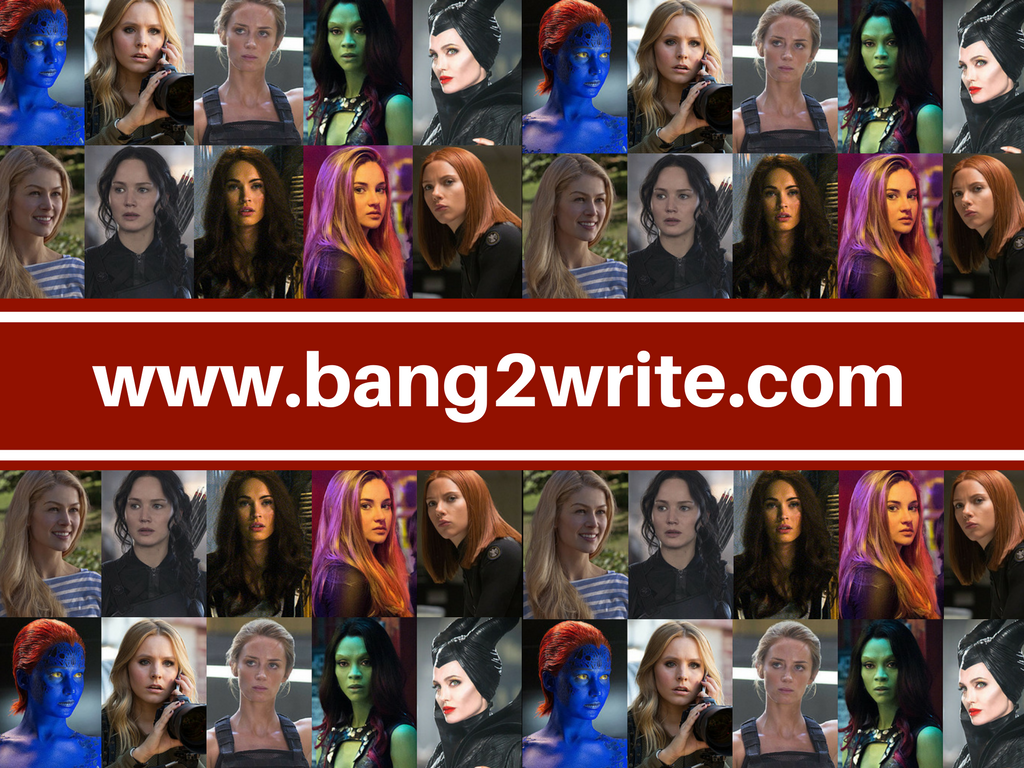 So, with the recent Hollywood scandal, there’s been a lot of discussion online about how a greater variety of representations of women in fiction, film and TV is more important than ever.

As writers, we can do our bit by rejecting the ‘same-old, same-old’ when it comes to ALL characterisation, but especially female characters who are too often viewed through the male lens. Next time you’re coming up with a female character (protagonist, antagonist or secondary), consider these questions:

We’re seeing BAME characters more and more often now, but most of the time they’ll be MEN. White women shouldn’t stand in for ‘all women’. Not all stories with BAME characters need to be about race, either.

When we see parents in books, TV and movies, we nearly always see MUMS – rarely Dads. Sisters will frequently be care-givers too to younger siblings and have to rescue them all the time. Why? By the way, ‘Warrior Mom’ was a brilliant representation, especially in the thriller genre — but it’s feeling a bit old now.

4) Does she have to be EXTRAORDINARY?

Very often, women in books, TV and movies are extraordinarily talented in some way. This is great when we’re dealing with *those* kind of characters in *those* kind of stories, but where is ‘EveryWoman’? We have EveryMan. Why do women always have to be ‘extra’??

5) Does she have to live in MAN’S WORLD?

Sometimes a female character will be up against a patriarchal system, so this can work well … But most stories reflect the world we ALL already live in. What if it was flipped and your storyworld was matriarchal, instead? What would you lose/gain? MORE: The 1 Gender Swap That Could Make ALL THE DIFFERENCE In Your Story 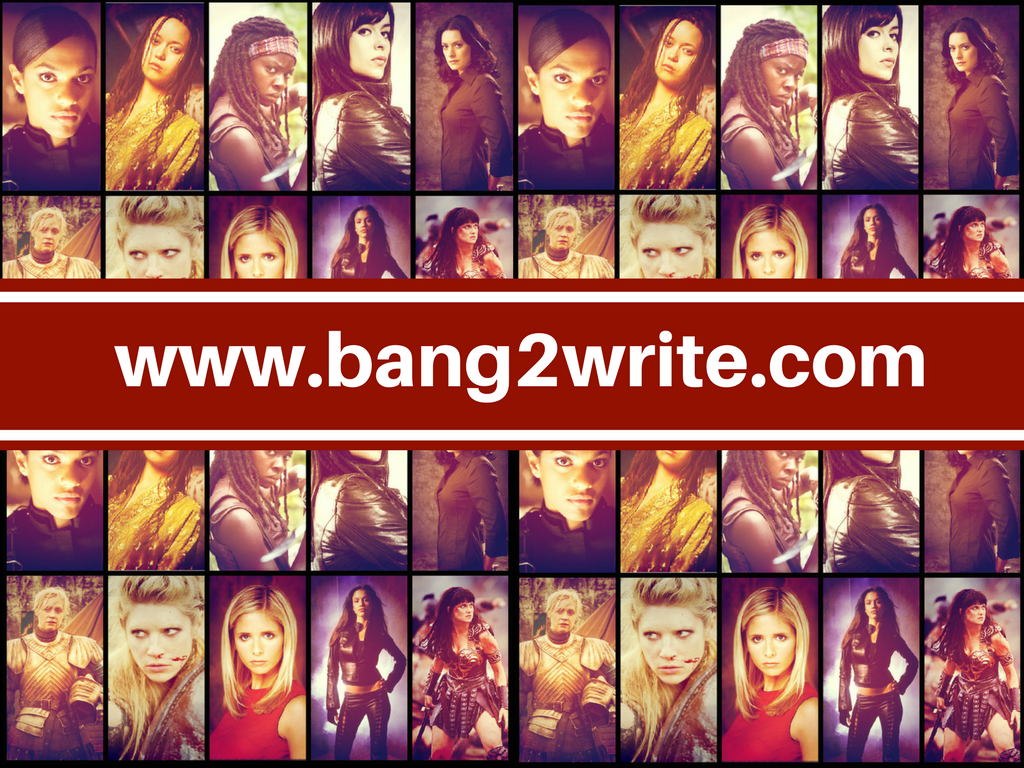 For the uninitiated, ‘WAG’ stands for ‘wife or girlfriend’. Now, I’m not one of those who says being a WAG automatically weakens a female character (here’s a couple of great ones), but they ARE overrepresented. Where are all the single laydeez? What if your WAG was the main character and your menz were HOBs (husband or boyfriend!) instead??

7) Does she have to be BEAUTIFUL?

DYK? The most common description of a female character in a screenplay (and often books too) is ‘beautiful’, whereas male characters will be described by their non-physical attributes. C’mon writers, this is an easy one.

8) Does she have to be SEXUALISED?

Again, plenty of stories in which sexualised female characters can feature – B2W ain’t no prude. Let’s just see a bit more variety … Plus, do these female characters have to be sexy 24/7??? Even the sexiest female character alive is still supposed to be a holistic character – let’s see her in some other poses too, for crying out loud.

9) Does she have to be a FACILITATOR?

If your female character’s sole role function is to BREAK OPEN a male character’s emotions, act as a sounding board, or simply react to what *he* does (usually by crying at the end of the phone!), then STOP RIGHT NOW. Whilst secondary characters always orbit round the main character, this is an epic fail. Reassess her function ASAP!

Too many stories have a BUNCH of varied male characters, then what I call ‘the girl character’, creating ‘The Highlander Effect’ (‘There can be only one!’). Too often there’s NO story reason for this, either. Ugh, boring!!! So think about whether you can add more female characters to your group to improve that dynamic — we’re waaaaaay over just the one. MORE: Top 5 Female Character Mistakes 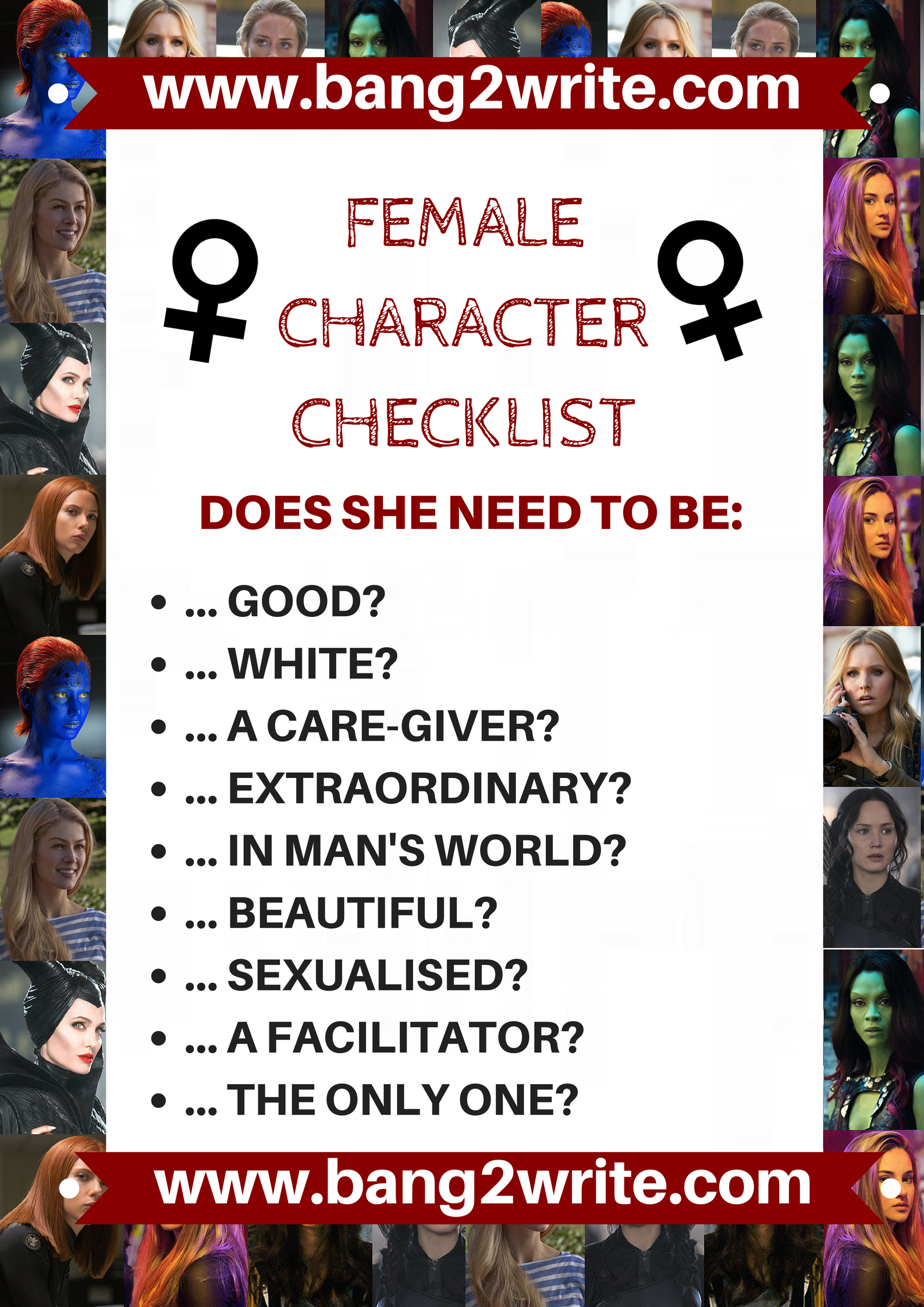 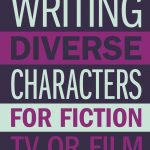 Then check out my new book, Writing Diverse Characters For Fiction, TV and Film. Hailed as ‘A timely guide to creating original characters and reinvigorating tired storylines‘ by Debbie Moon, creator and showrunner, Wolfblood (BBC). If you want to attempt to write a character that’s not ‘the usual’ but are afraid of getting it wrong, then this one is for you! CLICK HERE.

4 thoughts on “10 Quick, Innovative Questions For Your Female Characters”