Hey guys, I don’t know about you but I’m kinda worried about Ocean’s Ocho, despite the spectacular line up of stars appearing in it. I’m just not sure an all-female heist movie can work! Here’s why … 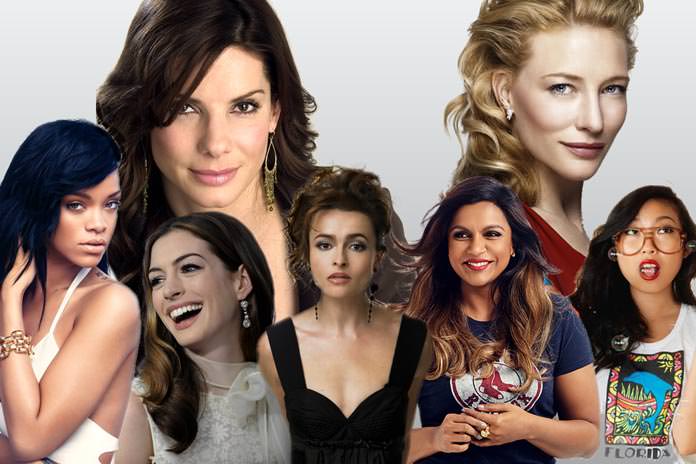 1) Everyone knows women are solitary creatures

If you’ve ever been privileged to see a female in the wild, you’ll know they just don’t tend to band together in single-sex groups like men do.

I mean, C’MON: when was the last time you saw a group of women working or eating together; going on outings; fundraising; staging events; having meetings; building stuff metaphorical and literal??

This is a man’s world and women know their place within it, after all … Which leads me to my next point.

2) Women are above *that sort of thing*

There’s a wide variety world-wide of all types of people of course, but overall there is a reason women tend to NOT be:

And that’s because women just are above that sort of thing. We have an in-built sense not only of self preservation, but the LETTER OF THE LAW. It’s set through our bones like a stick of rock.

You know this makes sense.

Look, this is just basic science. When you have a vagina, you know everything about about BEING female. (Plus as everyone knows, WOMEN TALK  so if we miss anything, we can soon tell one another and fill in the blanks).

With this in mind then, it makes sense that women generally are interested in men – because men just aren’t like us. They’re almost like aliens, really if you think about it.

So it stands to reason that women would FAR rather watch all-male casts than all-female casts.

Even though female leads have made money at the box office in a variety of guises steadily since 2010, there’s just no way of knowing whether all-female casts will do the same. In fact, an all-female Ghostbusters sequel is in doubt because the first movie under-performed at the box office.

This is blatantly because the cast was all female, rather than a sustained racist and misogynist campaign by internet trolls who everyone knows we should all let speak FOR us.

So on the basis of this one movie not doing as well as hoped – and before VoD, DVD and other ancilliary markets are factored in to return – we should probably just take a lesson from those trolls in their mothers’ basements and say ‘Thanks but no thanks’.

5) We need a REASON it’s all female characters!

What’s really puzzling many people about the all-female reboots of franchises like Ocean’s Eleven is the fact we need a REASON there should be all women taking on this narrative, in this case a heist.

After all, as we’ve already established, women are naturally law-abiding citizens who don’t enjoy thrills and spills, PLUS they’re naturally solitary. So WTAF?

Also, a bigger issue: the original Ocean trilogy spent AGES painstakingly describing WHY THE HEIST COULD ONLY BE CONDUCTED BY MEN.

So now Hollywood has confused everyone and we’re all very sad.

Yes, Yes Kirsten Wiig I AM kidding you

Look, people. No one says you have to LIKE reboots but think very carefully about WHY you won’t be watching one with an all-female cast. We live in a screwed up world and it’s a LOT easier to fall for heirarchal BS than you think, even if you identify as feminist! TRUE STORY.

Oh, and if you’re saying, ‘Yeah but I want ORIGINAL STORIES with all-female casts!” Great, so do I. But how are these original stories going to magically appear in a risk-averse environment like Hollywood if we don’t give £££$$$ to tried-and-tested properties FIRST?

9 thoughts on “5 Problems With All-Female Casts”