WHY This Story? … Or 8 Questions They’re **Really** Asking 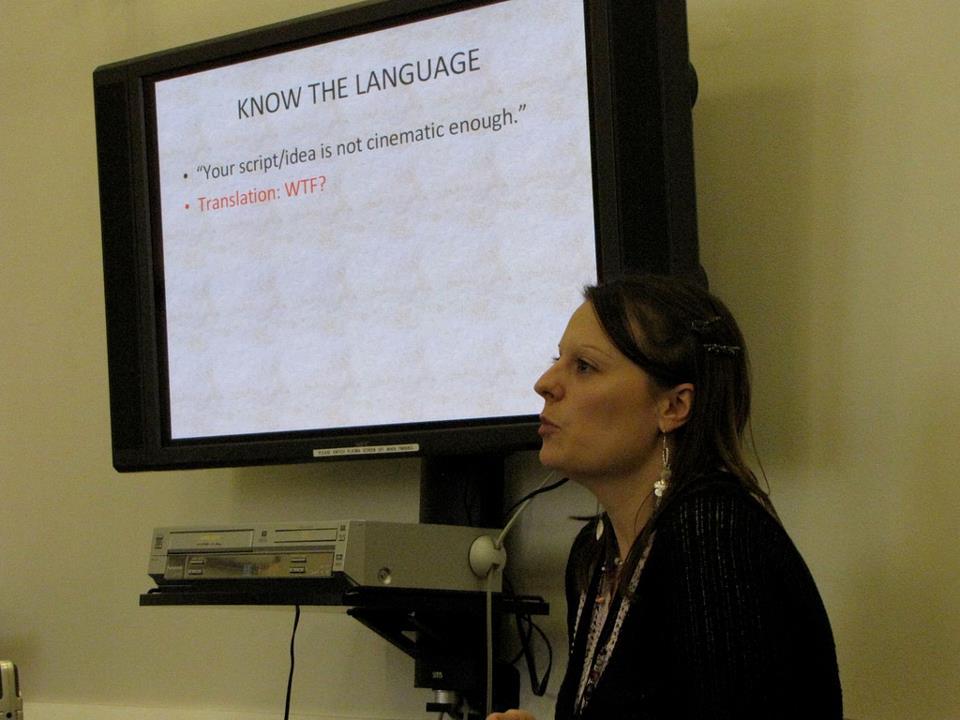 One of the questions I’ve been asked and heard other writers asked most is the ubiquitous, “WHY this story?” Very often this triggers a writer to look like a rabbit in the headlights and start garbling plot. But that’s NOT what publishers, agents, producers and filmmakers are asking. Here are 8 possible things they want to know about your project … or you!

Remember, we don’t want characters that are THE USUAL … but equally, we don’t something completely out of the left field either. We want something surprising, that is still recognisable. So, what’s different about your character, but which great characters are they like? MORE: 4 Tips To Write An Unusual Character.

2) WHY these characters at this particular point in their lives?

Too often a story starts in a random place: a character *suddenly* decides to do something about a problem or issue in their lives, but it’s something that has been going on a while. As a result, that reader (or agent, or producer, or whatever) will say essentially, “Why NOW?” In other words, what is the catalyst that sets that sets the character on his or her journey? When catalysts are NOT missing altogether, too often – again – stories will rely on THE USUAL elements of a character losing their job, spouse or home (and too often all three!); female characters will be met with unexpected pregnancy and/or get jilted at the altar. Remember, if you want to go for something in these veins? It needs to be a FRESH TAKE somehow to grab someone’s interest.  My novel, PROOF POSITIVE of course deals with pregnancy but not only is Lizzie a teenager (NOT a twenty-thirty something professional in a Rom-Com), she is faced with *all* her possible futures, SLIDING DOORS style.

I often hear this bandied about by writers who get very angry at this question, as they believe someone is saying, “I don’t like your characters.” Whilst this *may* be true as well, usually the question of “care” in my experience relates to a character’s arc, ie. the reader, agent or producer can’t see why they’re supposed to invest in THE JOURNEY. What is so compelling about it? Great characters DO STUFF. Great storytelling is about ACTION. If your character doesn’t do much, we simply don’t know why we’re seeing or reading this character’s story; so no matter how well drawn s/he is, we simply don’t “care”. MORE: Is “Good” Characterisation About Change?

Sometimes I will hear pitches and writers attempt to cover all the bases: “It’s a Horror/Thriller/Drama” they’ll say A LOT, but I also get “It’s A Rom Com Drama” almost as much. No. Just no. Pick ONE. And know what genre IS and what conventions separate Horror and Thriller; Comedy from Drama; Romance from Tragedy and so on. That’s not to say you CAN’T do hybrids – of course you can – but you need to know what *makes* your genre/s what they are, ultimately. It’s non-negotiable. If you don’t know at the pitch? Then we will not believe you’ll know in the draft.

There’s a lot of Science Fiction storyworlds in the spec pile and too often for no real story reason: writers just want to write something cool and futuristic. And that in itself is not an issue, especially if you do really well. But most spec Science Fiction storyworlds are merely homages to that writer’s fave works, typically stuff like BLADERUNNER, or Tolkein’s Middle Earth. In short, there’s nothing really new about them and if there isn’t a STORY reason for it being in a future metropolis? Then I’m not grabbed. At the other end of the scale, there’s LOTS of “gritty” dramas set in sinkhole estates in the spec pile, too. And guess what: they end up feeling like recycled material as well, whether screenplay or novel. But if writers really put their storyworld choices under the microscope, then chances are they can find new and interesting ways of representing them. What’s not to like? MORE: Want to get noticed? Don’t Write Sci Fi TV Pilots Or Depressing Drama and 4 Reasons Concept Counts Above All Else.

6) WHY would an audience get behind this?

If you don’t know who your audience is, you’re shouting into the wind. It really is as simple as that. If you’ve made it to a meeting with someone, then you need to go armed with knowledge of works that are *like* yours and who liked it; why yours is different; plus who that audience is and why it will appeal to them. This might take the form of knowing the potential scheduling of your TV pilot; the age classification of your movie and recent Box Office figures for similar movies; or knowing the titles and revenue of similar novels to your own. But never skimp on this aspect, because a project without a discernible audience has no IDENTITY. MORE: Who Is Your Work FOR?

The industry likes self starters and autonomous workers … And let’s face it, writers have unprecedented access to technology and potential resources and contacts on their own now. We don’t “need” publishers, agents, producers etc in the classic sense anymore: we can and are doing it all ourselves. So if we’re going the traditional route for a project, why are we in the room? What does that publisher, agent, producer, filmmaker ADD to this project? What’s your strategy? Why do you want to work with that person? Simply saying “‘Cos you’re great” or “‘Cos you did X” will not cut it. MORE: 12 Tips For Taking A Meeting

8) WHY should I give you my time and money?

Publishers, agents, producers are filmmakers are not patrons of the arts. If they’re going to invest time and money in YOUR idea (rather than their own), they need a really a good reason for this. The good news is, what they want is fairly simple: a great story, with great characters. And what does THAT boil down to? Pure and simply, a Killer Concept. Something that makes us go, “Why the hell haven’t I seen THAT before???” The bad news is, a Killer Concept is damn hard writing. But it can be done. So get going! MORE: Writing And Selling Thriller Screenplays and 7 Ways Of Road Testing Your Concept

previous4 Simple Reasons Why Many Writers Don’t Succeed
next9 Steps To Get Your Spec TV Pilot Written, Edited & Sent Out …