9 Steps To Get Your Spec TV Pilot Written, Edited & Sent Out …

Writing a spec TV pilot? Lots of writers are! Whilst many spec TV pilots **end up** great, their writers often tie themselves up in terrible knots getting them written, slowing themselves down, especially when they often send out works in progress, left, right and centre AS WELL.

Yet it needn’t be this way, with just a little more preparation at foundation level. So here’s my 9 steps on how to get YOUR polished killer spec TV pilot on the page AND out there … 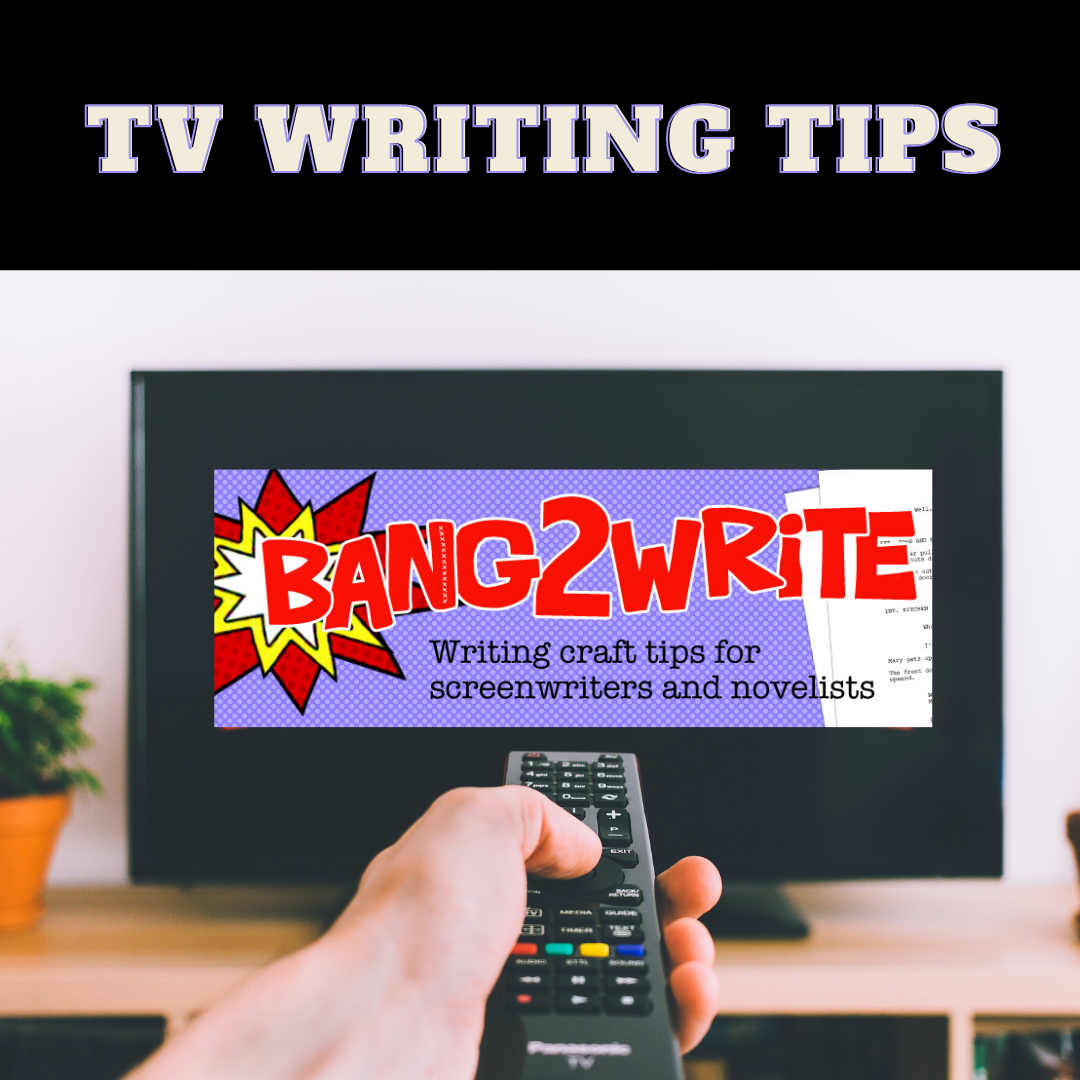 Before you are able to write a killer spec TV pilot, you need to know where your series is going story-wise. But DON’T write the entire series FFS! It’s a big fat waste of time, especially when agents, producers, makers, networks etc will only want the pilot (and we’re *all* low on time, so don’t tie yourself up needlessly like this). Instead, write your series bible and pay particular attention to a) the protagonist’s arc b) the antagonist’s counter arc c) the concept behind the series as a WHOLE. MORE: How To Write A Series Bible.

That’s right – write this FIRST. It will make your drafting process sooooooooooo much easier and you’ll see why in a sec. MORE: Loglines Are Not Taglines.

Okay, are you sitting comfortably? Because this is where it’s about to get complicated:

i) Story of the Week

Remember your TV Pilot logline from step 2? That’s your STORY OF THE WEEK. The Story Of The Week refers to what the characters in this pilot episode do and absolutely MUST resolve. Typically, this will be a case or mission to crack, which is why Cops N’ Docs is so popular.

As an example, maybe your detective is tracking a serial killer in this episode? So in other words, you follow the structure of “Set Up-Conflict-Resolution” / “Beginning-Middle-End” / 22 Steps / Save The Cat / **insert structural approach here** just as you would in a feature screenplay, but within 60 pages instead.

NB: This will take up approximately 60-75% of the screenplay in terms of scenes, dependant on whether you’re doing the UK or US model of TV pilots.

ii) Now, for your SUB PLOT

Very often, this is contrasted against the Story of the Week in the sense that if it’s coppers cracking a case? The sub plot will revolve around their PERSONAL lives *for some reason*. Sometimes these threads will cross over in the resolution of the story of the week: ie. if a detective is trying to track a serial killer, but also having issues with his or her child at home, then maybe the kid will get kidnapped by said serial killer before the end of the episode. But you don’t HAVE to do this.

Remember the arcs of your protagonist and antagonist you wrote about in your series bible? That’s your SERIAL ELEMENT. You need to introduce this arc somehow within the course of your narrative. So, let’s consider our detective tracking a serial killer who is having issues at home with their kid … Maybe it’s to do with the detective’s OWN childhood when *something happened*?? So you need to set this up, with reference to picking it up later down the line. Typically, spec writers will do this within the sub plot, but it’s not compulsory; sometimes sub plots stand alone and there’s an “extra” serial element. It’s up to you.

Whatever you decide with reference to the above? I always recommend writing 2 (or 3) separate beat sheets (or lists of scenes). This way you can then review how many scenes you have for each thread and work out if there’s enough, or too many. After you have decided, you can then “weave” said scenes together until they feel “right”. Some writers like to do this manually with index cards; others with software programmes like Final Draft; some like to do it old school by literally writing and rewriting scene lists with good ol’ pen and paper – whatever works for you. MORE: Outlines, Beat Sheets, Synopses.

From your beat sheet, write a short treatment. 4 pages should do it, but don’t write more than ten. Try and write it as you would a selling document — use vocabulary, punctuation, sentence construction etc that would interest the reader by matching it to the genre (ie. snappy and pacey for a Thriller; funny for comedy, etc). Yes, we all know it’s boring and annoying and you WANT to dive into the draft but seriously, you are doing yourself a favour!!! Why? Because HERE you will uncover those elements that don’t work and need replacing, that a beat sheet alone won’t necessarily flag up! In other words, write this treatment and you won’t end up tying yourself up in knots in the long run … And you’ll get a shiny new draft to send out SO much quicker. Short term pain for long term gain! MORE: The Extended Pitch

Okay, this is the bit you’ve been desperate to write … So dive in. Enjoy. Get it done! You’ll find you won’t stick absolutely to the treatment and that’s fine, but remember: don’t veer off the beaten track if it’s EASIER, only if it’s BETTER. MORE: Writing 60 Min TV Scripts.

Now’s the time to get some feedback. Use a paid-for service like Bang2write if you want; or choose peer review – do a shout out for a script swap at Bang2writers, that’s what it’s for. Send your screenplay out and wait.

So, you have your feedback. Let it settle in your brain; don’t knee-jerk and start rewriting immediately. Work out what you lose and what you gain and also, if the feedback is even worth listening to (remember, it’s YOUR script, no one else’s – never, ever rewrite to suit someone else’s vision for it!). So give it some time. MORE: 5 ways To Use Feedback Effectively.

NOW rewrite. Repeat steps 6 & 7 until you’re happy … but realise you need to FINISH. Do not keep on rewriting and tweaking ad nauseum. Set a date to move on to ANOTHER project and try and stick to it. MORE: The Finishing Line

Congratulations, your spec TV pilot is done! NOW send it out … Why not try The BBC Writersroom, for starters? Or Roadmap Writers?

And remember: you CAN get your work solicited!!

3 thoughts on “9 Steps To Get Your Spec TV Pilot Written, Edited & Sent Out …”