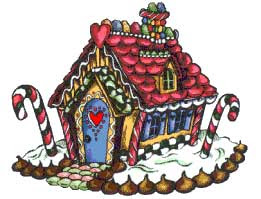 Here’s the dictionary definition of “exposition” that’s relevant to writers:

ex·po·si·tion (ksp-zshn)
n.
1. A setting forth of meaning or intent.
2. The part of a play that provides the background information needed to understand the characters and the action.

In other words then: YOUR STORY AND WHAT IT’S DOING NEEDS TO BE CLEAR TO THE READER.

Pretty simple and obvious, right? Except loads of scripts in the pile don’t do this. Why not?

Writers want “mystery”. Loads of writers, especially in science fiction & thriller, want to hold something back in order to make a BIG REVEAL at the end. And why not? Twists in the tale are cool. The problem occurs when the writer holds EVERYTHING back, so the story feels “back ended”, thus the reader spends 75% of the script wondering what the hell is going on.

Writers want “ambiguity”. Sometimes scripts are *too* cut and dried, especially when it comes to character motivation: we have goodies and baddies doing stuff for very specific reasons and it all becomes a little pedestrian. Ambiguity can be desirable, but it’s a delicate balance: how much is too much, ie. where is the line drawn between a vengeful hero and a complete psycho we can’t empathise with ‘cos he’s as bad, or even worse, than the antagonist?

Writers don’t want to patronise the fans. When writing genre pieces writers often confess they don’t want to alienate the die hard fans. This is particularly problematic with science fiction and horror. It happens one of two ways I’ve noticed generally: writers either invest in convention TOO MUCH or TOO LITTLE, so the reader is either yawning, ‘cos it’s too predictable (uber-exposition, if you will) or completely confused (what IS this story?).

Writers don’t want to USE exposition. That’s right. We’ve heard so much now about the notion of “expositional dialogue” in particular, there appears to be a generation of writers who believe exposition is actually A BAD THING. But if we look back to that dictionary definition, we can see it’s actually not – we NEED it.

There are of course more individual issues too when redrafting that occur because of exposition, but speaking generally over the years, I’ve noticed it tends to fall into one of those four camps above. So how to fix each one?

Well actually, there’s ONE way to fix ALL OF THEM.

Mete your exposition out, piece by piece THROUGHOUT the script.

Remember the story of Hansel & Gretel? One of the reasons it’s such an enduring fairy tale is because it is so clear in its intent: it’s basically a “curiosity killed the cat” story… They followed the breadcrumbs and ended up where they were not supposed to be. They had to vanquish the beast – the Witch – in order to get out of the gingerbread house.

So: utilise the idea of your exposition being “bread crumbs”, leading us to your very own gingerbread house – the resolution.

It really is as simple as that.

Most exposition becomes OBVIOUS because it comes *all at once* at a particular point in the script; similarly, exposition becomes CONSPICUOUS BY ITS ABSENCE, too. If you dose your exposition out, little and often like those breadcrumbs, you’ll be surprised by what you can get past not only the reader, but the audience too. What’s more, they most likely will WANT it, too.

previousThe End Is Just The Beginning: Adventures In Self Publishing by EJ Mack
next#scriptchat 4 Nights In August: Longlisted Entries Announced!