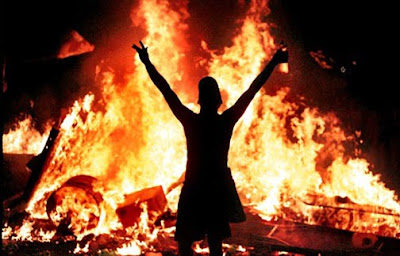 So we had a whopping 241 entries for the London Screenwriters Festival Four Nights In August Competition! To say we were surprised is an understatement. Traditionally, script calls with very specific and difficult briefs like ours usually attract a small amount of entries and our readers initially predicted 50 – 60 entries, yet we received well in excess of this with a WEEK to go before the deadline. Amazing!

As ever, we’ll give you a look inside the spec pile, but first we will announce the top placing entries and their writers. All of the scripts below made it through the first round, gaining a second read. In NO particular order then:

LOST AND FOUND by Mikey Jackson

THE CHOICE by Kristi Barnett

KALAMATA by Hugh Prior

WORD ON THE STREET by Christian Hayes

4 NIGHTS IN AUGUST by Mark Hodges

THE ARROGANCE OF YOUTH by Sheila McGill

CAUSE & EFFECT by Jordan Sheehy

THEM & US by Daniel Hill

THE FLAME OF MY ANGER by Bella Nova

Please don’t be despondent if your script didn’t make it through the first round. As ever, there were some hard decisions to be made – I know competition readers always say that, but that’s ‘cos it’s TRUE!

But don’t take my word for it, here’s some “insider info” from our readers about scripts that did not make it past the first round, yet they still loved:

Asib Akram, YESTERDAY’S NEWS. Our reader said, “I would have loved to have put this one through, but the petrol bombs just made it infeasible for the second phase of the contest, the filmmaking challenge.”

Karena Marie Satchwell, AMATEURS. Our reader said, “Brilliantly executed dialogue, the transitions from character to character were fab – but with so much smashing of property, it was just unsuitable for the filmmaking challenge.”

J Mockridge, OUTSIDE LOOKING IN. Our reader said, “A great idea with an interesting twist, but I was unsure of how it could be “translated” by MANY filmmaking teams without making an essentially identical film each time.”

Nikki Edwards, FRAGMENTS. Our reader said, “This one stood out for its simple yet effective structure… However this script scored low in feasibility too due to the need to break into a car AND break a shop window. Much of the first half of the script would have needed to be modified by filmmakers.”

Christopher Schiller, STAY HOME, STAY SAFE & Harry Loney, TOCK. Our reader said, “They both fell down on feasibility, but they both stood out for me because I really enjoyed them.” (Sometimes it really is as simple as that).

These are just a handful of the great scripts we received – and perhaps already you may see why your entry did not make it past the first round, as “feasibility” for no-budget filmmaking teams was key to ensure scripts progressed … If not however, don’t worry: I will be composing an in-depth “look in the spec pile” as usual later in the week, so keep your eyes peeled!

Team LSF are working very hard now to whittle down the longlisted entries into a shortlist and our next announcement is just days away. Good luck!