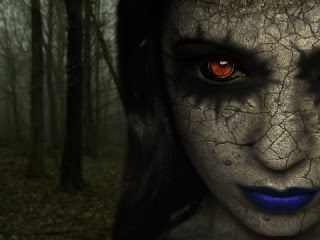 If you follow me on Twitter, you’ll know I’ve fretting about the upcoming arrival of the bebe, aka MICROSPAWN. Not for any birthing trauma reasons (though that is obviously a *bit* of a factor!) but because of my family’s GROUP DYNAMIC.

As one tweeter pointed out a while ago, introduce a new character too quickly MID-SEASON and it could lead to CANCELLATION! After all, like any good scriptwriter’s family, we all have our CHARACTER ROLE FUNCTIONS:

ME – I’m the protagonist, **obviously**. There aren’t enough female-driven comedies/tragedies/action-adventures/horrors/dramas and though the genre mixing is troubling, I’m hoping it will settle down somewhere in the second act. I’m not ENTIRELY sure what my mission is yet either but that should iron itself out too. (I blame myself, I should have prepared a beat sheet).

MR C – he’s the love interest, natch and there to look pretty. A bit like Dex Dexter in DYNASTY actually, though without the roll top bath (one day….!) Oh and he fixes stuff, so if our spaceship breaks down, he’s on hand with the tool box. We just better remember he’s scared of the dark AND spiders, so he’ll be the screaming damsel in distress should any monsters figure anywhere down the line.

MALE SPAWN – he’s the mentor figure, always on hand to dispatch advice in our journey, like how to spot a Nimbus cloud or inform us how desperately uncool we are. He’s not revealed any kick-ass martial arts skillz or the fact we’re actually all trapped in a dream-within-a-dream Matrix-style yet, but I’m waiting.

WEE GIRL – – She’s the best friend figure/voice of my conscience, obvs. Just this week she’s reminded me I’m “like, well pretty” and to feed the cats so they “don’t totally die”. No doubt as she gets older she’ll have lots of other sage advice for me, especially when I’m ruining other people’s weddings.

If seven is the magic number when it comes to script characterisation, we still have a while to go in terms of fulfilling *all* the standard character role functions, but it’s come to my attention we have one achingly OBVIOUS role missing:

As a family we mostly get on, so we’ve had to make do with an “antagonist of the week” for some time – neighbours, teachers, a friend from school, the postman at one house – which we have dispatched with relative ease during the “story of the week”, though occasionally said antagonist has become a serial element that lead us towards the SEASON FINALE of that year. But we’ve always been victorious.

But if Microspawn IS the antagonist… She will walk amongst us! A bit like Boyd in JUSTIFIED… then what?!?