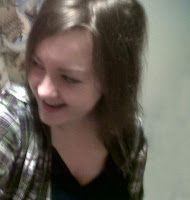 As you know, recently I advertised for the first official Bang2write social networking-style intern, so all you lovely Bang2writers won’t go without your scriptwriting, industry & novels bloggage and linky-goodness while I take a few weeks off to have baby number 3. I was stunned by the number of interested parties and would love to thank everyone who got in touch, all of whom were completely 100% delicious in their own right! I know people **always** say “it was a hard decision” but it REALLY WAS, it was agony choosing!!!

Without further ado then, I’d like to introduce the marvellous Eleanor Ball. I’ve introduced some of you via Facebook, but please do friend her if you haven’t already – or visit her own fabulous blog, here. I chose Eleanor because I felt her writing style matched that of Write Here, Write Now’s the best. She will be writing blog entries here and finding you links etc over on the Facebook page – she will be the admin over at Bang2writers, so please do get in touch with her directly here or there. I will of course be checking in too and won’t be gone for a while (unless the baby makes a surprise appearance!).

Here’s ten fascinating facts about Eleanor, in her own words – enjoy and please give her a warm welcome!

1. I’m from a little village in the Scottish Borders called Stow, whose inhabitants once devised a method of cleaning pipes by attaching an eel to a piece of string and putting the eel in the pipe. Gotta admire the imagination.

2. I’m a scriptwriter, but the first thing I wrote was a book called Adrian the Warrior. I was 7, and it was for my wee brother. There was a magic carpet and a sabre-toothed tiger. Arabian Nights eat your heart out.

3. My favourite genre to write and watch is comedy. Like many, I aspire to see women much better represented in comedy and in comedy audiences. Some stand-up comedians think their entire audience is male. “Tell your wife or girlfriend”, they sometimes say. What, are we all men and lesbians? “Have you ever noticed when women…” Yes we’ve noticed! Half of us are female!

4. One of my favourite films is Mortal Kombat. And if you need to ask why, you need to see it first. “Your soul is mine!”

5. Back home I have a three-legged cat called Dorito. He tells me what to do.

6. I’m a great great granddaughter of Bulwer-Lytton, who first said the pen is mightier than the sword (because he was crap with a sword).

7. There’s an apocalyptic thunderstorm (here in London) as I write this. Again! Not that I’m trying to turn the topic to the weather or anything…

8. I started writing scripts when I was a teenager because I saw in the credits of Green Wing that they wrote as a team, which I’d never seen before in British TV. I wanted to be one of them, so I wrote my own Green Wing scripts. I think at one point Guy dared Mac to perform a lung transplant without touching the ground.

10. I’m currently studying scriptwriting at Goldsmiths, but my undergraduate degree is in philosophy, which I studied in Aberdeen. I wrote my dissertation on the philosophy of humour, and largely concluded that we laugh in order to feel superior. I’m much less cynical now. I’m pretty sure we laugh because it’s funny.