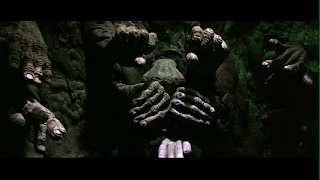 Writers are a funny bunch. We get so attached to various *bits* of our screenplays, we often can’t see the woods for the trees: what’s more, this happens to any writer, new or experienced.

So one question I often ask Bang2writers is this:

What you lose/gain [if you changed/cut/moved etc this part of your script]?

In terms of losses when someone redrafts/rewrites (even just small elements of their screenplay), I’m always struck by how insignificant those losses actually are – ie. the writer might miss it, but readers (and thus the audience) rarely notice its passing, whether it’s half a scene, a particular moment, a dialogue exchange, even a whole character. In short, making cuts (or losses) doesn’t usually make a script worse in my experience.

However the gains of making changes can be massive. Suddenly character motivations might come clear; dialogue might seem less “fatty”; a structural niggle might cease – or another moment in your script might get the opportunity to shine instead.

Don’t believe it? Consider Monty Python’s Terry “wafffer theeeeen” Jones, who is the somewhat unlikely screenwriter of Jim Henson’s Labyrinth. I was watching a “making of” recently and he makes reference to the famous moment where Sarah falls into the tunnel of talking green hands*, easily one of the best, most visual and interesting scenes of the whole film. Those of you who have watched it will remember the hands form faces with mouths and eyes in order to talk to Sarah, a moment that enthralled me as a child: “Which way do you want to go?”

But was it always like the way it ends up on screen? Absolutely not. In fact, Jones admits originally the hands were formed by some of them randomly holding lipsticks in order to DRAW faces on the other hands. When he presented the draft to Henson, apparently the Muppet Man himself said: “Why don’t they just make the faces themselves?” To which Jones simply replied, “Oh yeah….”!!

*For those who have no idea what I’m on about, see the pic above… Also this 80s trailer is unbelievably high on cheese and doesn’t do a great job of selling the film, but you can see the green hands about 27 secs in.