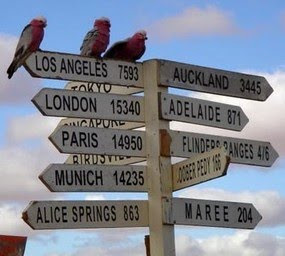 We’ve all heard of the writer who reckons they *know* about stuff like structure – and some of us might roll our eyes and say stuff like, “In that case, why doesn’t your draft make sense?!”

But let’s try and see it from that writer’s point of view for a moment. They might have written several screenplays by this point – perhaps they’ve been well received *somewhere* or they’ve got good feedback from *some big name*; they’ve probably been to a fair few short courses/seminars; read the books; maybe they’ve gone the whole hog and even done an MA. So they probably do think they have a good grounding in stuff like structure – and in that sense, they wouldn’t be wrong.

But guess what – all of that doesn’t mean it actually comes through in the draft!

Of course, sometimes readers say stuff like a draft has a structural problem because they can’t think what’s *actually* wrong with it and it’s a handy get-out-of-jail-free card. I’ll never forget one who said to me a few years’ back, “Have you thought about using The Three Acts?” Me, just think about using the three acts?? Um- JUST A BIT. But then this reader was giving me some informal, five minute over the phone feedback, having read through my script amidst a thousand others and barely having time for a coffee break.

But most of the time readers – especially those you pay for – will give you structural advice not because they can’t think of what to say, but because your draft ACTUALLY NEEDS IT. Of all the scripts I read, week on week, month on month, the most feedback I give is on structure and character. That’s not because I am lazy; it’s because most scripts – especially in early draft form – need troubleshooting on structure and character. That’s just the way it is. Get a selection of readers in a room together and ask them to two “big issues” and I absolutely believe every time they will say it’s these two things.

No one, new writer or professional, is immune to the structural issue in the script, especially when rewriting. When you change events in a script, sometimes the very act of chopping or moving them makes a particular act or selection of scenes feel “lumpy” or “wrong”. For example, I wrote a draft of one of my projects where there was no structural issue apparently according to my reader – but it had a character issue. So I changed the character issue in a new draft and that worked – but guess what!!! The same reader reported I now had a problem in Act 1 with my structure, it was completely top heavy: I had to find a solution that met somewhere in the middle to solve both. Sometimes screenwriting really is like one of those arcade games where you hit the little things that pop up with the foam hammer: hit one and another thing comes up.

Other times writers attempt to adopt an “alternative” to The Three Acts and believe this then gives them their OWN get-out-of-jail-free card: “Oh you didn’t understand I was using the 22 steps/the Mini Movie Method method/the 5 acts/whatever.” Not so fast, Buster. For one thing, if you want to use an alternative to the Three Acts, it still helps to understand or at least know what the Three Acts are about in terms of turning points, etc. What’s more, if you really look into the likes of these alternatives, all they are is a “re-imagining” of The Three Acts anyway – why? Because we all understand stories to have a beginning, middle and end: it’s universal. Chris Soth for instance insists his own Mini Movie Method is Aristotleian – and it is: it’s taking the theatre-based concept and transferring it to movies.

Secondly, writers will tell me blithely structure is rigid, formulaic, a load of balls: sure it can be – IF YOU LET IT: some of the dullest films ever have ticked the boxes in terms of structure. But these writers go too far the OTHER way; they want to be “free” with their writing – to which I always reply: “Why CAN’T you be free with your writing, but also have some kind of structure?” Structure is something EVERYONE uses to make sense of the stuff in front of them, whether it’s a story, a decision, an argument, an opinion, etc. It’s what we do as human beings: we understand stuff on the basis of how we are able to order it. If it has NO ORDER, then there’s more than a good chance we won’t understand what it is. If you write a screenplay with no thought for its order, having your character jump wildly from situation to situation with no internal logic of some kind, then the likelihood of your screenplay communicating its story is very slim. I’ve lost count of the conversations I’ve had that go like this:

HUB: What did you read today?

HUB: But you read the script?

ME: Of course I did.

[If you are reading that and believe that isn’t possible and I’m *somehow* sweeping scripts under the floorboards rather than reading them, I suggest you find your nearest slush pile and dig out some spec scripts to read.]

So, rather than thinking of structure as something that is “rigid” or “formulaic” or saying to yourself you “already know” about structure and your reader is CRAZY, what if you thought of this as a set of “signposts” for the story, ie.

Does my audience understand [this important bit of the story] by [this particular point]? If not, why not? And what can I do about this?

That last part is crucial. As writers, it’s OUR responsibility to make people understand our stories. Yes, you might get the odd reader who is a nutter, but if feedback is delivered with broken down, justified reasons (rather than off-the-cuff remarks), detailing WHY the reader in question doesn’t understand why you’ve ordered your story in a particular way, what’s the most likely:

The reader is wrong/getting at you/too lazy to read the script “properly”, etc?

Or you haven’t been clear with your intentions?