OPPORTUNITY: Calling All Laydeez in Media… 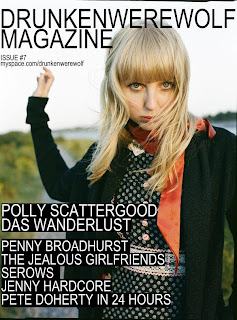 … Drunken Werewolf magazine is doing a one-off edition fanzine, featuring “Women in Media” and is looking for contributors.

I of course will be contributing to this important edition: women’s representation in film (and thus the spec pile) has long since been a concern to me, but just recently I have been party to some extraordinary developments regarding the (lack of) understanding of female characters other (nameless) readers have exhibited, so I will be writing about that.

Do note you don’t have to be a screenwriter to feature in the fanzine. If you’re a novelist, an artist, a journalist, a development executive, a producer, a director, a graphic designer, a songwriter, a cartoonist, whatever – as long as you’re a woman and you work in the media, they want to hear from you.

It’s not paid, but it is an opportunity to get your voice heard – and we all know girlz how infrequently we get an open invite like this to “share and air” without being called out for it, so please: GO FOR IT.

1 thought on “OPPORTUNITY: Calling All Laydeez in Media…”

previousGuest Post: The TV Forum at The Script Factory by Hilary Wright
nextCh-Ch-Changes