7 Characters That Are Nearly Always A Big Mistake

I’ve been talking a lot lately with Bang2writers about characters as plot devices … In other words, those characters who exist solely to ‘help out’ for some reason, which is nearly always a big mistake. Feast your eyes on the ‘Big 7’ offenders after the jump. Enjoy!

3 Key Elements Of A Compelling Character

4 Tips To Write An Unusual Character

How Do I Write A ‘Great’ Character? 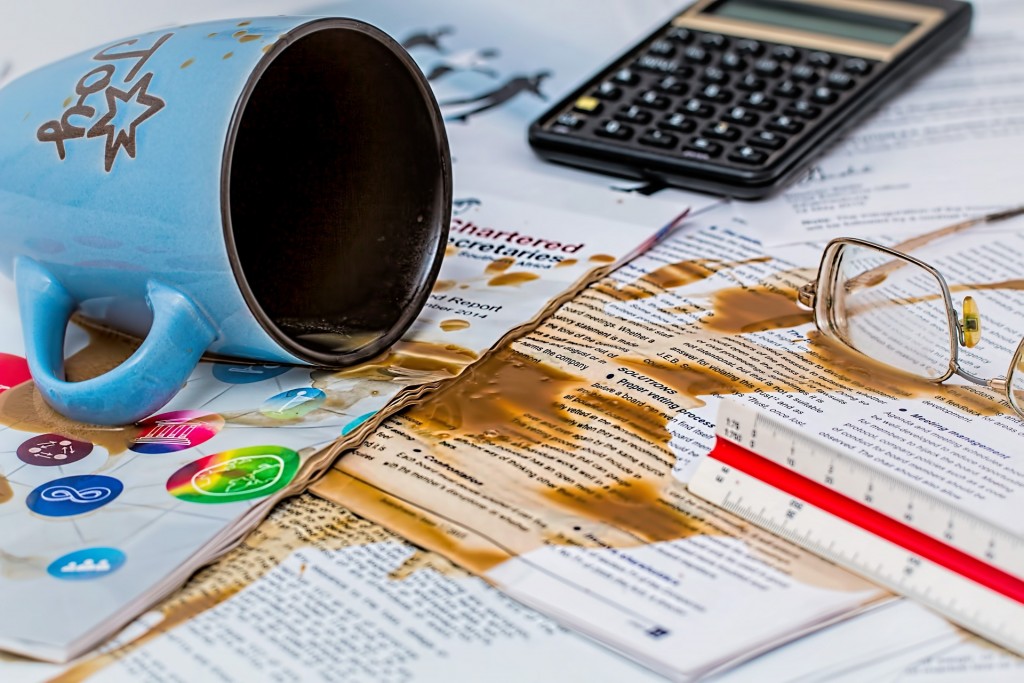 There have been some classic stories with priests, monks, reverends etc in –  THE EXORCIST and THE NAME OF THE ROSE come to my mind, immediately – but too often the priest in a narrative becomes an expositional crutch for the protagonist. In other words, our lead will go to a priest (or similar), simply to CONFESS his or her crimes and/or feelings. UGH! No thanks. Deletedeletedelete.

SIDE NOTE:  I find it really interesting how few writers I know or work with are religious, yet SO MANY will shove this character into their stories. Also, because their experience of these people will be predominantly from movies and TV rather than real life, the character will come off as cliché.

Obviously, police procedurals are massively popular in both novels and screenwriting (especially TV), but too often, police characters – especially in secondary roles – become what I call ‘Expositional Joes’. In other words, they *handily* find out STUFF and fill in other characters (especially protagonists) with their findings. This saps potential jeopardy and frequently means these characters’ scenes are DULL, too.

SIDE NOTE: When a police character is a LEAD – either protagonist or antagonist – then the above less likely (though you’re not out of the woods yet). But if your police characters’ investigation INFORMS the narrative overall, then all is generally okay.

As jobs go, teaching is a good ‘go to’ profession, especially for a lead character, as it means audiences assume the character ‘knows stuff’ that will interlink with the overarching story, somehow.

In addition, many teacher-characters are also writers, who again will ‘know stuff’. This accounts for the massive overrepresentation of these two jobs in novels and screenplays. Generally, it’s a handy shortcut and makes little difference to plot construction OR an audience’s enjoyment, so what the hey.

Making your character a teacher or writer becomes a problem then when they’re performing that ‘Expositional Joe’ function mentioned in point 2 on this list. Whilst discovering necessary exposition via lectures etc is man ‘oldy’, it’s NO LONGER a ‘goody’. It’s just cheesy.

SIDE NOTE: This doesn’t mean you can’t EVER utilise the classroom. ARRIVAL (2016) does a brilliant riff on this old scene when Louise turns up for class, only to discover most of her students are missing because of the alien landings … Puzzled and unaware, she turns on the TV when a student gets a message about it. No one can believe it – as you wouldn’t. Then Louise simply says, ‘Class dismissed’!

Ever noticed that living on the streets makes you wise, almost prophet-like? Yeah, me neither.  This stock character is as whiffy as five month old Stilton! GET RID.

Side note: Bonus points if your wise tramp is also blind because he can metaphorically ‘see’ what others cannot. And by that I mean, punch yourself in the face AT ONCE. 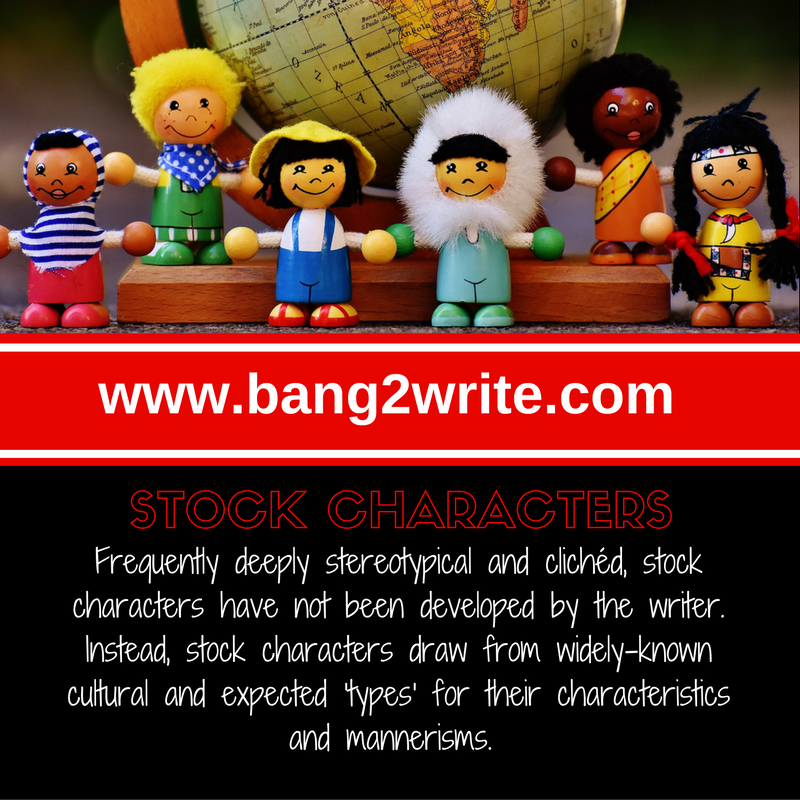 A character being psychic can be a HUGE issue, because if s/he KNOWS the ‘answer’ then WHERE IS THE STORY?? I read waaaaaaay too many scripts where a character knows everything and simply keeps it to him/herself ‘just because’ or so the other characters ‘can learn’! ERM NOPE. This is not compelling, because we end up thinking, ‘JUST TELL THEM, FOR GOD’S SAKE!’

SIDE NOTE: Of course psychic characters *can* work. I’m reminded in particular of Agatha in MINORITY REPORT (2002). But crucially, Agatha doesn’t have all the answers … She has IMPRESSIONS of the answers, which Anderton has to investigate. See point 2 on this list!

Exposition  via news CAN work, but it needs to be carefully handled …  It’s been used so much, that if a screenwriter simply shoves it in unthinking, immediately it feels stale. 9/10 if a Bang2writer does this, I will recommend they simply take it out, in fact.

However, sometimes news reports are integral to establishing the story world, especially when it comes to exposition regarding a science fiction or fantasy storyworld. Utilising NEW ways of looking at this can really help it feel ‘fresh’.

SIDE NOTE: Good examples of the above include BATMAN VERSUS SUPERMAN: DAWN OF JUSTICE (2016), which interviewed real life Vloggers, Youtubers and social commentators regarding the ‘problem of Superman’; plus FANTASTIC BEASTS AND WHERE TO FIND THEM (2016), which begins with an impressive, contained montage of newspapers that sets up a number of key plot points (though I suspect the latter was more a production decision, than script – but there’s no reason a writer can’t try something like this in a spec, as long as you do it well). So, find out how others are doing it right NOW, then twist it and make it your own.

It’s great that writers are embracing mental health in their stories, but therapists, psychologists and psychiatrists can be full on KRYPTONITE to the average novel or screenplay. Why? Because, 9/10 that therapist character exists as a plot device to ‘break open’ the lead character’s feelings! Usually this will relate to feelings of guilt, especially when it comes to a SECRET SHAME.

In other words, this character is simply the ‘modern’ version of number 1 on this list!! Nooooooooo!

SIDE NOTE: Again, a lead who is a therapist can work, as long as they don’t allow themselves to name their own pain endlessly. Also, ask yourself HOW the therapist character can ADD to the story. For example, in my own novel The Other Twin, it’s very important we discover the victim has a history of mental health problems. In previous drafts, I had her sister go to the therapist and beg her for information, which the therapist reluctantly gives.

This was a scene I was never happy with, but couldn’t think of the solution. As the result of a brilliant note from a beta reader, the character now begs for said information but the therapist informs her that she wishes she could help, but the lead’s sister never turned up for her appointment. This is in turn helps the lead with her investigation (as it takes her down another avenue) AND ALSO tells us her sister had mental health problems, without having to deal with any clichéd moments like the therapist saying, ‘Well, I’m not supposed to tell you, but …’ !!

Put simply, of course you can use any of the characters on this list – even the wise old tramp. Be aware in advance of the pitfalls of these role functions and your story and NEVER use them to make your life as a writer easier. Be aware instead of HOW your character ADDS to the narrative and what the reader or viewer is supposed to get out of it.