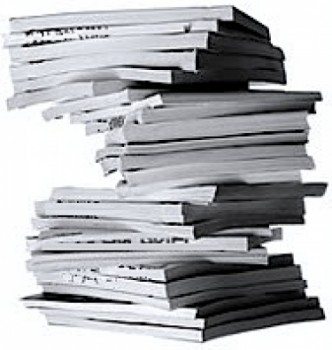 With 360+ entries to wade through and lots of people to collate with (including the Script Lab leaders), I thought I’d give a further little peek into the spec pile while we wait.

As mentioned in the previous post on this, we’re looking primarily at the pitch docs. Being three hours long, with 6-8 participants in each lab means concept will be top of the agenda in the Script Labs, rather than workshopping script pages. Also, the screenplay submissions were for the most part strong – I know *every* contest says this, but I’m known for telling it how it is, remember! ☺

The Pitch Docs in contrast are quite varied however, so here are my thoughts so far, having had a virtual hand on all of them as I’ve downloaded and Dropboxed them:

Many fall down on clarity. I’m just not sure *what* the central concept is. In many cases, especially the TV pitch docs, one recurring problem is writers summing up every episode in detail but forgetting about the series as a whole. Other Pitch Docs, particularly those for features, feel quite muddled – what appears to be one genre suddenly jumps into another, or they don’t appear to “match” the script pages they accompany, either in tone or because the writer had presumably forgotten they’d renamed characters or rewritten bits? Others go off on weird tangents or have in-depth commentary on the characters (but have forgotten what’s at stake) and some even substitute writer biographies instead.

No ending. The biggest problem I’ve noted so far is the writer including no ending or just hinting at it. This was particularly problematic for the feature scripts (if we only know the set up and not the resolution, how can we really judge what’s at stake?), but even in the case of TV series concepts, we need some *sense* of where the story is going. Lots of writers I’ve spoken to over the years believe it’s more enticing to NOT write an ending – but believe me, when you’re reading Pitch Doc after Pitch Doc, it’s much more interesting to know how it ends. HONEST!

Loglines. The loglines – whether for Collabor8te or on the pitch docs themselves – are a mixed bag. Inevitably, some are skirting over them or leaving them out altogether, plus some writers are using taglines instead.  Loglines are often simply too detailed and the tone of some of them is quite odd – high concept ideas frequently end up sounding like kitchen sink dramas! That said, there are also some EXCELLENT loglines, which really grabbed my attention and “sell” their central concepts really well.

Holby pitches. Without exception, the pitches for guest stories are really, really good – clearly the writers are all big fans of the show and went through the example pitch on the LSF site with a fine toothcomb. It’s going to be REALLY tough to call that one. We may even have to second read them all, it’s going to be that close.

Writing For Games pitches. As you may have noticed, we got 7 applications for 6 places on that lab. It seemed a bit mad to arbitrarily just chuck one of the applicants off and take the other 6, so after some discussion with Chris and Steve Ince, leader of that lab, we decided we would take all of them. So congratulations to Rhys Howell, David Bishop, Kulvinder Gill, Lucy Moore, Eoin Rogers, Asher Pirie and Geoff Searle!

Themes/Elements. Regardless of whether they were feature, TV Pilot or “other” submissions, common themes in this spec pile are love, loss, suicide and redemption. As ever, the supernatural features a lot. Interestingly, I’ve noticed Angels and the notion of getting into Heaven is a recurring element of this script call. Similarly, there is a significant number of stories set in prison or surrounding courtrooms or things related to law and the penal system, such as appeals and the death penalty.

In addition, female protagonists are making a considerable splash in this call (not surprising, given the high number of female entrants). There are also quite a few protagonists in their “Twilight Years”, with many elderly characters undertaking criminal activities, though just as many are involved in magical and/or mythical adventures.

Unsurprisingly, many of the comedy lab submissions feature “Odd Couple” type scenarios and dysfunctional families, which are staples of comedy. There were lots of angry teenagers, especially “Emo”/Activist types and interestingly, I’d venture 80% featured antagonists are privately educated, out-of-touch boorish types with no clue about “real life”. Wonder if our current government might have something to do with this? ☺

Notification. Lots of people have been asking when they will hear and how the process “behind the scenes” works. As ever, we will try and notify EVERY applicant, not just the successful ones (though inevitably there are *always* bounce-backs and of course many applicants did not include an email address. Whilst every effort was made to collect email addresses up, some will slip the net no doubt). But you should all hear this week coming up if your application is successful or unsuccessful for Script Labs 2012 … . For those who’ve asked (and anyone else interested), here’s how we’re doing it this time (and indeed every time, for the most part):

– Every effort has been made to ensure readers do not have a personal relationship with the entrants (ooo er) … And by that, I mean I’ve attempted to organise the Dropbox so readers (including me) are not reading friends’ work

– Multiple submissions by the same writer have also been given to different readers wherever possible, so the same reader is not reading ALL of that entrants’ work

– It’s worth remembering too that some of the Script Lab Leaders are involved in selecting their own participants, whereas others are left to me and readers Hayley, Michelle, Sal and Sam – so a good melting pot, which will give every entrant as good a chance on each application as possible. In theory it is possible one writer may be offered one or more Script Labs, based on the fact it is the work, not the writer, that is being judged. Whether this works out that way, who knows? Will be interesting to see.

– Between us, my readers and I have read and script edited for the likes of: Scottish Screen, Premiere Picture, Lime Pictures, The BBC, ITV, American Screenwriting Contests like Just Effin’ Entertain Me, Linda Seifert Management, MBA Literary Agency and many, many more agents, schemes, production companies and individual producers and directors. So you can rest assured your applications are not being read by inexperienced work experience kids!

I’ll post updates to Twitter and the LSF Facebook page as well as Bang2writers as and when I can … Please be patient. If you have NOT heard anything at all by close of business Monday, 21st October 2012, then you’re welcome to email me, FB me or tweet me to check about your application, but please don’t contact me before this. Thanks! GOOD LUCK EVERYONE!