What does PASS, CONSIDER and RECOMMEND mean on script reports?

As everyone knows, being a script reader/editor turns you twisted and well, like this: 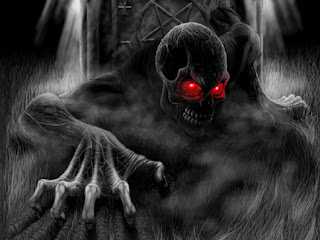 OK, OK I’m playing to stereotype. Really we’re all average Joes/Jos who WANT to pick up a script and find it to be good, great even. But no one would be surprised to hear this happens very infrequently. Sometimes, there will be craft issues preventing us from making that judgement; other times, it will be issues to do with character or story “I don’t believe someone would do that/it would happen that way because [of this experience I’ve had]”. Other times a story will simply not touch us like it would another reader. One (wo)man’s meat is another man’s poison and all that.

So, imagine this scene:

We pick up a script and we…. LOVE IT.

Against all odds, we love you story, your hook, your characters, whatever. Maybe we love ALL of it, full stop. Maybe it needs some development [on this element] or to make it work for production we’d need to [do this or that or the other], but ultimately THIS IS A GOOD SCRIPT. PROCEED TO THE NEXT LEVEL.

But what is the next level?

Yes, you read that right: you can get an enthusiastic script report praising your script to the high hilt, but that DOESN’T mean 100% that producer, screen agency or initiative is going to get you in for a meeting, never mind option your script and/or make it.

Why? Well, let’s put this into perspective and check out the language of script reports: RECOMMEND, CONSIDER, PASS.

Recommend. I write RECOMMEND roughly 3-5 times a year on script reports average; usually on the lower end of the scale. This year, I’ve written it only once. RECOMMEND basically means this:

I think this script is great. It’s got good characters, relatively few craft issues and I think with some development, could represent a viable potential project for this company/agency/initiative.

Check out the language here. “I think…” to start with. Getting an enthusiastic report from the likes of me might be a good start, but a script reader NEVER holds the purse strings. I’ve lost count of the number of times I’ve recommended a script only to be met by “meh” by the next guy or gal up the chain. Check out the idea too that all scripts need *some* development, there are no scripts that are so brilliant they are produced *as is*. Last of all, no project is a “dead cert”, only ever potential – until the money crosses your palm, you can count on nothing. Even then, great films have ended up languishing in the can forever.

This script has some issues, particularly craft. However there is enough about it – particularly character-wise – to make me think it *could* have *something*.

ISSUES is the big word here – how much is too much? Sometimes a script’s idea is SO FAB a producer can look at a really shitty script and say, “Wow, this has something. Why not give this writer an option, a “story by” credit and get someone else to actually write it?” Other times, a producer sees something in a character or moment that “sells” the writer to them, if not the actual script – that elusive “je ne se quois”. But notice here how GIANT a leap this is – anything is possible, but is it likely any of that can happen. Probably not. (Note: the “Weak Consider” seems to be an American script report verdict, I’ve never been asked to rate any script as “weak consider” here in the UK).

Pass. The rest of my reads (that AREN’T for private clients via Bang2write) all receive the verdict of PASS. Pass roughly means this:

This script has some good things about it, but ultimately is not for the company/agency/initiative because of [these logistical/budgetary/genre/style/etc elements.]

A good idea, but too many craft issues for further development at this time.

An otherwise well-crafted script that unfortunately is too similar to stuff we already have in development/has missed the boat premise-wise/has a confused central concept.

I hated this script and I wanted to shoot the writer in the head.

In other words then, a PASS does NOT automatically mean your script is rubbish. There are so many reasons scripts get rejected; whilst craft issues are far and away the BIGGEST reason, if that were the ONLY one, those professional, experienced writers would get everything they ever wrote greenlit which of course just does not happen. Download sample script reports HERE.

So, rejoice if you get an enthusiastic script report from somewhere. Tell everyone you know. Why not? It’s a big step up the ladder. But it might also be your only one for that project at that place – so take it and run with it and build on it. You’re your own biggest fan, remember.

2 thoughts on “What does PASS, CONSIDER and RECOMMEND mean on script reports?”