From Page To Screen 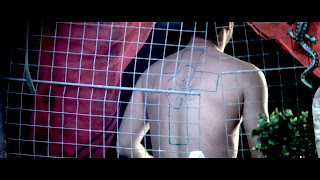 One thing I hear over and over from writers is the belief *their* script has been *ruined* by some director/producer/whatever getting their grubby paws on it and turning it into something far different to what the writer originally envisaged.

In some cases, this will be indubitably true. After all, no one wants their hardcore horror rendered from the page to screen as a comedy, or their thought-provoking kitchen sink drama turned into a musical. But barring perceptions of the material that are totally at odds like this (or half-baked visions of plot points, character motivations and so on), the viewpoints of directors, producers and the rest of the team are absolutely invaluable in taking your script from the page to the screen. As writers, I think it’s a really important insight for us to learn: other people’s suggestions and thoughts do not automatically screw up our projects. Also, with the exception of super low budget shorts (possibly movies if in one room), it’s not possible for us to cover every aspect of production: the collaborative nature of filmmaking means we HAVE to let others in and accept they won’t want to be dictated to.

The marvellous William Martell has the great idea of calling movies the “film version” of his script – and I think this is a brilliant way of looking at it. Your script will always be what you started with; but even if it ends up signed off as the shooting version, there will be surprising and even interesting changes that need to be made along the journey of turning your words into image. Sometimes the “film version” will disappoint you; other times, you will be pleasantly surprised – but the likelihood of being disappointed increases if *your* vision of the script as image is the only one you will accept.

Some of those changes will be for logistical or budgetary reasons; others will be because all human beings have experiences and thought processes of their own and will bring that to the production process. to illustrate my point, I want to draw your attention to the Deviation Blog, which carries the story behind *that* tattoo on Frankie’s back (above) – what it looked like on the page and how it ended up in the film. Check it out here.

1 thought on “From Page To Screen”