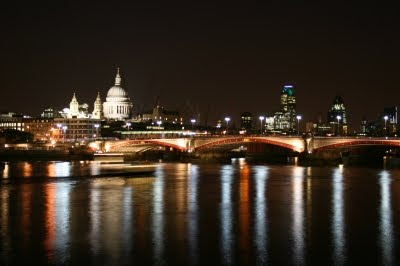 For those of you hiding under a rock for the last twelve days since my last announcement here, there and everywhere: DEVIATION is a dark, feature-length thriller starring Danny Dyer and Anna Walton (Hellboy 2: The Golden Army). The movie tells the story of a young nurse, Amber (Walton), who is kidnapped and held hostage in her own car by Frankie (Dyer), an escaped convict desperate to leave the country. Think women in peril thrillers like RED EYE and PANIC ROOM (with a British slant/twist) and you can’t go far wrong.

It’s written and directed by the fab JK Amalou and produced by the tenacious Lara Greenway (fresh off the awesome CRIKEY VILLAINS), as well as JK and Michael Riley of Sterling Pictures.

What am I to this picture? I am the associate producer. A few people have asked me what this entails, so a quick rundown. I started off as the script editor, but this role has snowballed as time’s gone on to inevitably include other stuff that needs doing – and there’s always stuff that needs doing on a low budget movie!! At the moment I’m running the online campaign for the film as well as dealing with PR and Publicity in general, so I’m making a LOT of calls and liaising with a lot of people! It’s been a massive learning curve and I can definitely say it’s a big privilege to be working on this. I really believe in this script and feel it’s going to make a fantastic film.

What’s particularly interesting about Deviation however – and what drew me to the project in the first place – is its characterisation. It would be very easy to resort to stereotype in this scenario (and plenty of mediocre movies have): “oh, little girl kidnapped/overcome by the bad man” — noooooo thanks.

Frankie might be one of the most dangerous men a woman would ever have the misfortune to run into, but he’s no 2D nutter licking knives and threatening rape against his hapless captive. Even more importantly, he’s not the type of antagonist Amber will “fall for” or try and help get away either!!

Instead, Amber she wants to get away and take back the power WHATEVER WAY SHE CAN. She’s no victim, she’s a real woman with real problems (even before she’s kidnapped); but crucially Amber isn’t going to go up against Frankie with martial arts skillz or sexysexy seduction techniques, but rather her own wits.

Like the sound of it? Then please join us:

Check out the blog

Website coming very soon. Please tell all your friends and followers about us! Thank you x