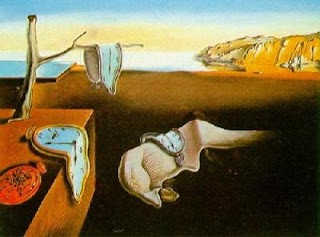 I’ve lost count of the number of times scribes have described to me a need to “allow for time” in their story when I’ve suggested a need to cut various things, particularly in Set Up. Sometimes it’s because they feel pace will be adversely affected if they don’t and the story will become “too fast”; other times they worry it won’t seem “realistic” since in real life a character will of course have to go to work, school, etc as well as deal with the situation they find themselves in.

First things first, there’s no such thing as a story being too fast. The majority of scripts readers see are simply too SLOW, especially when dealing with The First Act. Very often specs in the pile will introduce a character THEN the situation, when the two should go hand in hand. The faster you are at introducing us to BOTH – regardless of genre! – the better received your spec will be. In short, most specs do not hit the ground running. Instead, the reader will be left wondering for five, ten, even fifteen pages or above, what the story is about. This is the MTV generation: we don’t have the languid pace of the eighties anymore where protagonists can be introduced ten or even fifteen minutes in like Harrison Ford in WITNESS. Whilst there are always notable exceptions, 9 times out of 10 you want to be establishing your protagonist and the situation they are in as quickly as possible.

Secondly, we’re not dealing with reality: a script is only ever a REPRESENTATION of reality. You can compress time then – and generally speaking, the quicker the better (though again there are notable exceptions and what this actually means is open to interpretation). From the scripts I’ve read and the genre movies I’ve seen, I would venture action movies, horror, thrillers and the like seem to work best when the story takes in approximately twelve hours to four days – anything else *feels* like a stretch to me and can sap the urgency, so jeopardy is threatened. Dramas can take in a lot more time, though I would never recommend being too specific about how long a space of time it’s taking in. Biopics are a massive exception in that they can take in an entire lifetime, but of course it pays to play with truth in this genre, bending it at will to produce the most conflict and thus the most drama in a story.

In turn, you can compress and/or bend anything else you want. Yes, in reality your lead needs to go to school, college or work. But if they’re dealing with an alien invasion, corporate takeover, army coup, apocalypse, the revelation their best friend is a Nazi, a homicidal spouse, vampires, siege or unplanned pregnancy, then the *general* rule of thumb is DEAL WITH THE STORY, NOT REALITY.

If you can tell the story well, I can guarantee the reader is not going to be asking, “Why isn’t the lead at school/work?” They’ll be asking instead, “What is this person going to do next to deal with the situation in this story?”