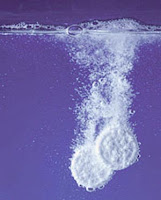 You know you’ve had one of *those* weekends when you wake up first thing on Monday and wonder where it’s gone. It’s simply flashed by – and all I have to show for it is an aching head and a fuzzy tongue. Whoops.

The schenenigans kicked off about 4pm on Friday. You will remember I had to read four million trillion screenplays last week, so the moment I was done, I whizzed off down the pub to meet screenwriting sirs Martin, Tim and Lord Stackshire. I started off on pints of Guinness, always a bad mistake when one hasn’t had any lunch – and even switching to halves didn’t stop me from entertaining said fellas with a bout of hiccups and several meandering (not to mention dodgy) anecdotes.

I then got on the bus (still hiccuping): had a row with the bus driver who didn’t believe he was stopping near my house when he BLATANTLY WAS and I ended up practically jumping Indiana Jones-style off the bus at my stop. On the way home I bought chips, some more beer and weirdly, cigarettes even though I don’t actually smoke (they’re still in the cutlery drawer, sorry Mum). I continued drinking when I got home to the bemusement of Hub – and ranted at Gordon Ramsay’s Kitchen Nightmares before falling asleep on the sofa. Hub then had to carry me upstairs but tripped over the cat so we fell UP the stairs. I’m now sporting an impressive bruise on my left elbow from the sticky-out bit that hangs down from the ceiling that holds upstairs in place (does it even have a name??).

Saturday, Hub and I both needed grease, so we took Girl Kid out for a fry up with us. She decided she doesn’t eat fry ups and threw a sausage the length of Wetherspoons, an impressive feat since the Wetherspoons near us is MASSIVE. Luckily the guy whose paper it landed on was very understanding and even gave it back (I hadn’t had a clue where it landed). One day that child will keep us in the manner we’d like to become accostomed no doubt by being an Olympic javelin thrower, but until then we will have to put up with the enormous – and creative – amounts of projectiles she likes to lob about whenever the feeling takes her.

We decided to take her to the park to run off some energy afterwards and upon our return we discovered THE ENTIRE INTERNET WAS GONE. Luckily it just turned out my ISP-router-thing-wotsit needed resetting (or something), but unfortunately I had completely forgotten the password. I tried every combination I could think of for about three hours, swearing all the way, before giving up and swearing some more whilst Hub calmly called his techy brother and managed to reset the password and the ISP-router-thing-wotsit in about five minutes.

Anyway. We had a Mother Hubbard situation – our cupboards were bare! – so we went food shopping and prompty lost Girl Kid who climbed into a bargain bin to hide from us. She then ran up and down the length of the pet food aisle being chased by her father whilst I finished the shopping. Later on, we made the mistake of taking our eye off Girl Kid for approximately 14 seconds to watch Ant n’ Dec, so despite being newly bathed, she presents herself covered in felt tip pen, including some lovely green and purple stripes on her face because she’s apparently a cat, miaow. By this point of course I needed more beer, so the cycle began again. I ended up going to help out at Sunday School yesterday with a hangover; even the vicar laughed at me.

I am a true sinner, Amen.

What did you get up to?