Keep It Simple: What Writers Can Learn About Plot From Music Videos

The scripts that pass through my door or desktop often share one thing in common: they’re not simple enough. As I’ve said here, here, here and here, so often stories have so many threads it’s hard to know exactly what is going on as it is difficult to see which is the “main” one. It’s not something that features suffer from exclusively either; often TV pilots have a similar issue and I’ve even seen short films with it too on the page and on-screen.

So how can we prevent ourselves from overloading a script with too much plot?

By keeping it simple. 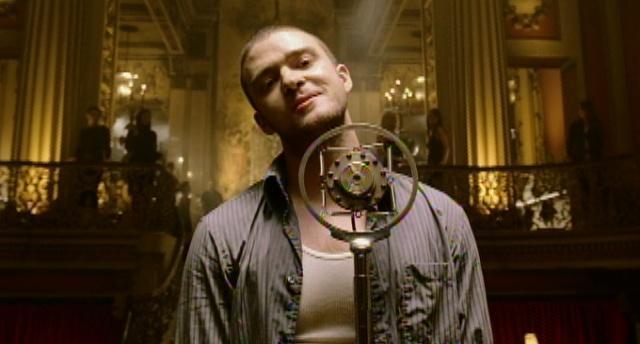 It’s very tempting to shove in as much as possible but it’s worth remembering that too many threads quite literally spoil the movie (or whatever it is). For one thing, readers (and thus audiences) like to invest in the story as a journey: that journey needs to be smooth. If you’re stopping and starting every five minutes (ie. looking back to check who’s who, who’s done what to whom etc), it can get confusing.

This is not to say that screenplays *should* only have the one character and the one character’s journey exclusively like Duel for example, but one should ideally be dominant over the others.

A reader likes to be able to pick out the protagonist early on, be confident that is whose this story is with the other threads connecting with that dominant arc. That’s not to say ensemble pieces can’t work, they absolutely can – I LOVE a good ensemble drama – but I believe it’s best to nail down the single protagonist before you branch out to those more difficult ways of writing (and ensembles can be a bitch!).

Judging by the amount of times I’ve written “I wasn’t sure whose story this was…” I would venture that it’s an idea to study what makes *good* plotting and character in greater detail.

Features are a taunting task for the beginning script student and we all know that shorts can be horribly pretentious and muddled (though many aren’t and are quite brilliant I might add, so don’t go getting any knickers in a twist). But knowing where to start can be as big a job as deconstructing the narratives themselves in order to learn from them.

Not those pop videos showing scantily clad ladies and/or shirtless males singing and dancing in different costumes in different studios either. They’re very nice and as far as set dressing and whatnot goes, undoubtledly a revelation. However they don’t have a narrative in the traditional sense of a beginning, middle and end, the type that could show us, in a small way, how best to go about doing our narratives in a BIG way.

However, plenty of pop videos do have narratives, as I show below. Few are longer than approximately seven or eight minutes, yet they tell an entire story: from beginning to middle to end. Some have diegetic sound as well as the non-diegetic sound from the song; some songs are by their very nature stories, whilst in others the narrative applied to the video cannot be applied to the song as well.

Whatever the case however, I think it’s a great exercise to learn how “simple is best”: plots can have multiple threads, no one wants a sterile and dull script thanks. But do you know what your main narrative is? Do you know whose story this is? Why is that person pursuing the events they are and if they aren’t pursuing anything, then why is this film about them?

Plus, think of how many threads you have and how they support that main narrative. If you’re unsure how any of this applies to your own script, there’s a good chance your script *may* have gone off at a tangent – because it’s those types of question a reader will demand of your script. If it can’t answer then, maybe it can’t deliver in terms of dramatic satisfaction? Not a good thought.

Here’s some great videos from the 1980s to now that I think are great representations of “simple” narratives:

A man has to spend Christmas with his ex-girlfriend who is now going out with his best friend.

I love Wham but absolutely loathe this song – makes me want to rip my ears off each time I hear it – proving perhaps you don’t have to like the song to appreciate the video. I recall watching this as a child and noticing the narrative: I had never seen a pop video with one before and videos were really taking off courtesy of the birth of MTV a few years’ before.

What I like about this one is it fits the song and tells the story in a very obvious way whilst still paying attention to other minor threads, like the fact that George Michael’s loyalties are torn between his ex, his best friend and his own new girlfriend (yes, yes, I know…).

A lonely woman is pulled into a comic book and finds her hero.

Probably my all-time favourite: I had expected this to date but the line drawings are so fantastic that the animation is still fabulous as far as I’m concerned. Again a nice simple story. What it has to do with the song is a little tenuous and why slamming yourself into a door frame makes you real I have no idea, but Morton Hackett’s all sweaty and gorgeous at the end so who cares?

A woman saves her lover from prison when he is accused of a crime he didn’t commit.

I think this video is extraordinarily crass and somewhat vulgar but you can’t deny its visual power or the story in it. Convulted in the extreme – a black Jesus! Non-linearity! A curtain call at the end! – it never loses sight of the main issue for Madonna’s character: should she bow to the sleazy looking knife guy and not say anything, or tell the police the black guy is not responsible for the woman in the alleyway’s death?

A lonely, ugly man laments the fact he will never be close to the beautiful woman he loves, only to discover his love is not unrequited after all.

Much like Madonna’s video this is less pop video and more pantomime. After Michael Jackson’s celebrated 1 million pound “Black or White” video it seems pop video makers in the nineties really wanted to outdo each other. However despite its pomp, this is a simple re-telling of “Beauty and The Beast” with a flying chaise longue! And very effective it is too.

5) Because of You, Kelly Clarkson.

A woman in an unhappy relationship remembers watching her parents’ similarly stormy marriage and realises she is repeating history for her own daughter.

I’m not a fan of Kelly Clarkson so don’t know if this song fits its video – its lyrics are ambiguous as to whether she is talking about her own parents or an ex-boyfriend as she lambasts someone for making her who she is. Whatever the case, this video is a moving account of one woman’s realisation that she has to stop what she’s doing.

6) What Goes Around, Justin Timberlake.

A man discovers his girlfriend is cheating on him, a revelation that leads to one of their deaths.

From the same team as the fabulous Alpha Dog which Timberlake starred in, this was bound to be good. I was really surprised by how good an actor JT was when I watched Alpha Dog and bar a few dodgy script moments in the video itself, I think this really shines as a great piece.

Like Aha’s video something weird happens at the end (I won’t spoil it for you if you haven’t watched it), but it still works because of the “dreamscape” that is offered up to us with the sumptuous 1920-style arena that swiftly brings us from a dream to a nightmare. Nice.

5 thoughts on “Keep It Simple: What Writers Can Learn About Plot From Music Videos”