Please Save The Libraries 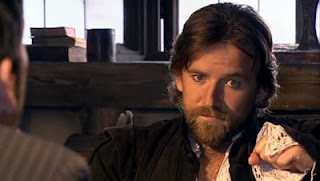 I didn’t want to be a screenwriter when I was a little girl. I didn’t know there was such a job! Like so many children (and adults, now you mention it), I imagined movies and telly were somehow magically put together, appearing before us ready made. Looking back, I see how curious a belief this was: after all, I knew cartoons were (then) drawn; I knew actors acted. So why couldn’t I comprehend the people behind the page and the camera?

I have, however, always wanted to be a writer. When I was a child, the top writing job (to me) was being a novelist. When I hit secondary school, I had already polished off the likes of Enid Blyton, Michael Morpurgo, Roald Dahl, Robert Swindells and Robert Westalll. I moved on to the classics at the behest of my then English Teacher, who loved Jane Austen. I didn’t. I tried Charles Dickens and Wilkie Collins; they were okay. But it was the sixteenth century that really did it for me: my Mum and Dad bought me a Complete Works of Shakespeare, which led on to me reading the likes of Chaucer.

Then I ran out! I recall going to the school library and launching a variety of complaints about how I had “read all the books” (it was a small rural school library, this was no childish exaggeration). The librarian, only there two days a week, was a sniffy woman who did not believe me, even when I rattled off the plots of all the books she showed me that I “couldn’t possibly have read”. I remember one Tuesday afternoon, when I was dodging games based on imaginary period pain:

“Write your own books, then!” she said.

So I did. Most of them could only have been about two thousand words looking back, but they felt ENORMOUS. All of them were science fiction, because at the time I watched ALIEN most weekends. Mum and Dad bought me a typwriter, so I could feel like a proper writer; I even illustrated the stories myself. I wrote stories of spaceships with stowaway monsters; of people who had colonised planets and turned into monsters; of monsters invading Earth (are you seeing a pattern yet?). Time passed and I started writing stories with religious allusions because I had started reading the Bible: usually they involved the Apocalypse hitting The Garden of Eden because I figured that hadn’t been done. Then I started to write stories set in the sixteenth century, usually involving my ol’ mucker Shakespeare in some way. Sometimes Shakespeare met aliens. (Dr Who wasn’t on in the 90s when I was a teenager, but I would have loved Gareth Roberts’ “The Shakespeare Code” if it had been).

Of course, in the meantime I joined a bigger library in town. I discovered to my delight I was able to get six books out at a time, unlike school which would only give me two. The Librarians there were less sniffy than the one at school, though they did express concern that I seemed to be getting out “too many adult books” – Dean Koontz, Stephen King and Clive Barker were my authors of choice at the time. That was until my Mum stepped in and told them in no uncertain terms I had permission to get out anything I liked… Until she discovered I had Nemesis by Shaun Hutson, which she took off me and forbid me to read until I was sixteen, haha.

By the time I was eighteen and already a young Mum, my interest in horror (if not Dean Koontz, I had always had time for him) had waned somewhat and I started getting out the Penguin versions of various classics like Antigone, The Illiad, The Odyssey, Metamorphoses, Electra and Oepidus Rex. A Level English Literature awakened an interest in me for The Metaphysical Poets, particularly John Donne. And weirdly, amongst all of these lofty selections, I started reading Mills and Boon. Acres and acres of them. I became interested in how they were all the same, but different. Plus I enjoyed all the rampant depictions of sex.

Please save the libraries.

Like many creatives, I was quite a lonely child; somehow I felt set apart from my peers by my observations of them and the world around us. As a young adult, I was *literally* lonely: I had a baby, lived in the middle of nowhere, all my friends had gone off to university and no one I knew of the same age had a child. Books then were a lifeline to me: these other worlds I could escape to. Books are expensive – even cheap ones – so libraries became my second home in those years. At one point I was even a member of two libraries in separate towns, just so I could take out two lots of six books. That’s just how much I read and how much I needed it.

I know that, as one grows older, one doesn’t have as much time to read; perhaps some of you reading this are not even a member of a library and/or not set in one for years.

But children and young people in particular NEED the libraries for a variety of reasons – and not just to foster creativity or combat loneliness as I’ve outlined in this post, either. Only this week my little girl aged 4 visited the library with her school to round off their topic this half term, “The Enormous Turnip”. They were read the story again and did a number of various activities, including making bookmarks. It’s these kind of activities, beyond the every day classroom, that foster a love of books and learning from an early age and we need MORE of them, not less.

So PLEASE check for library closures in your area and if necessary, throw your weight behind the campaigns. Thank you.

1 thought on “Please Save The Libraries”