FYI, there’s now dedicated B2W Resources AND Free Downloads pages at the top of this blog, under the banner! Or click > HERE I get lots of questions about One Page Pitches, such as how “best” to lay them out, what to put in them etc, so have created a new resource at The B2W Required Reading List. Download The One Page Pitch Reference Guide as a PDF here … And as a .doc here. Here’s another 6 Tips on writing a one page pitch for your script or novel. Other B2W resources that may be of interest: The B2W… Read More »Bang2write Resources

Just a quick one today, for the lovely Soulla: I am writing a pilot for TV. Any golden rules/tips/do’s or don’ts to keep in mind for first ep of a series? Here are my thoughts, in no particular order: DON’T write “for the market”. Supernatural stuff might be hot at the moment, but don’t try and shoe-horn some vampires or the like in for the sake of it. Stay true to your story and yourself. DO know your audience. Knowing who you are writing for is key in TV. It’s no good writing a sex fest and saying it’s aimed… Read More »Writing a 60 min TV Pilot (Returning Drama Series)

If you follow me on Twitter or Facebook or have read my bio, then you know I’m writing a novel at the moment. I wrote an in-depth pitch at first – about ten pages, rather like a script treatment – so technically I know exactly how the plot is supposed to work out. I have a beginning, a middle and end. I have all the character bios. I have a “statement of intent” (or writers’ vision). So actually, I guess it’s more like a series bible. So I’ve done all the planning I usually do. But that’s where the similarity… Read More »Novel Writing # 1

Guest Post: The TV Forum at The Script Factory by Hilary Wright

Two days at the Soho Theatre in Dean Street for The Script Factory’s take on TV drama. Mornings featured lectures by Rob Ritchie: four-act structure, handling multiple storylines, writing to immovable deadlines, dialogue vs. pictures, rules and conventions of British TV drama formats… and that was just the first morning. As ever with Script Factory courses, participants receive a helpful binder of notes covering the content in great detail. I’ve heard some Script Factory presenters simply read these notes out, which is dull, but Ritchie was far more adept, rounding out the printed content with explanation, anecdote and reminder, deftly… Read More »Guest Post: The TV Forum at The Script Factory by Hilary Wright 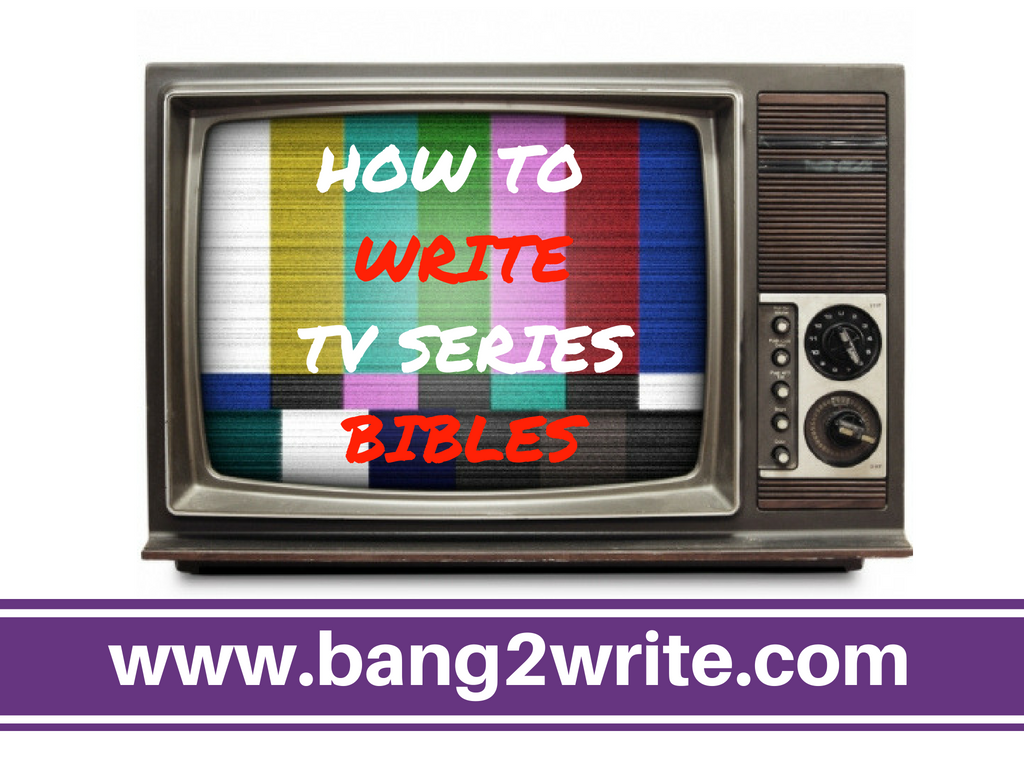 How To Write A TV Series Bible That Sells Your Pilot

What Is A ‘TV Series Bible’? A TV Series Bible refers to the treatment, or  pitch document that accompanies a spec TV pilot when it goes out on submission. Since there are spec TV pilot scripts flying all over the place, your bible needs to “stand out” from the rest of ’em. But how? Well, for me, that’s a no-brainer … You write the PERFECT spec TV series bible and hook the reader! Sadly, I’d venture a whacking 95% of spec pilots are let down by their accompanying TV series bible. In the course of this post, I will break down… Read More »How To Write A TV Series Bible That Sells Your Pilot