Top 10 Tips From Neil Gaiman On Being A Writer 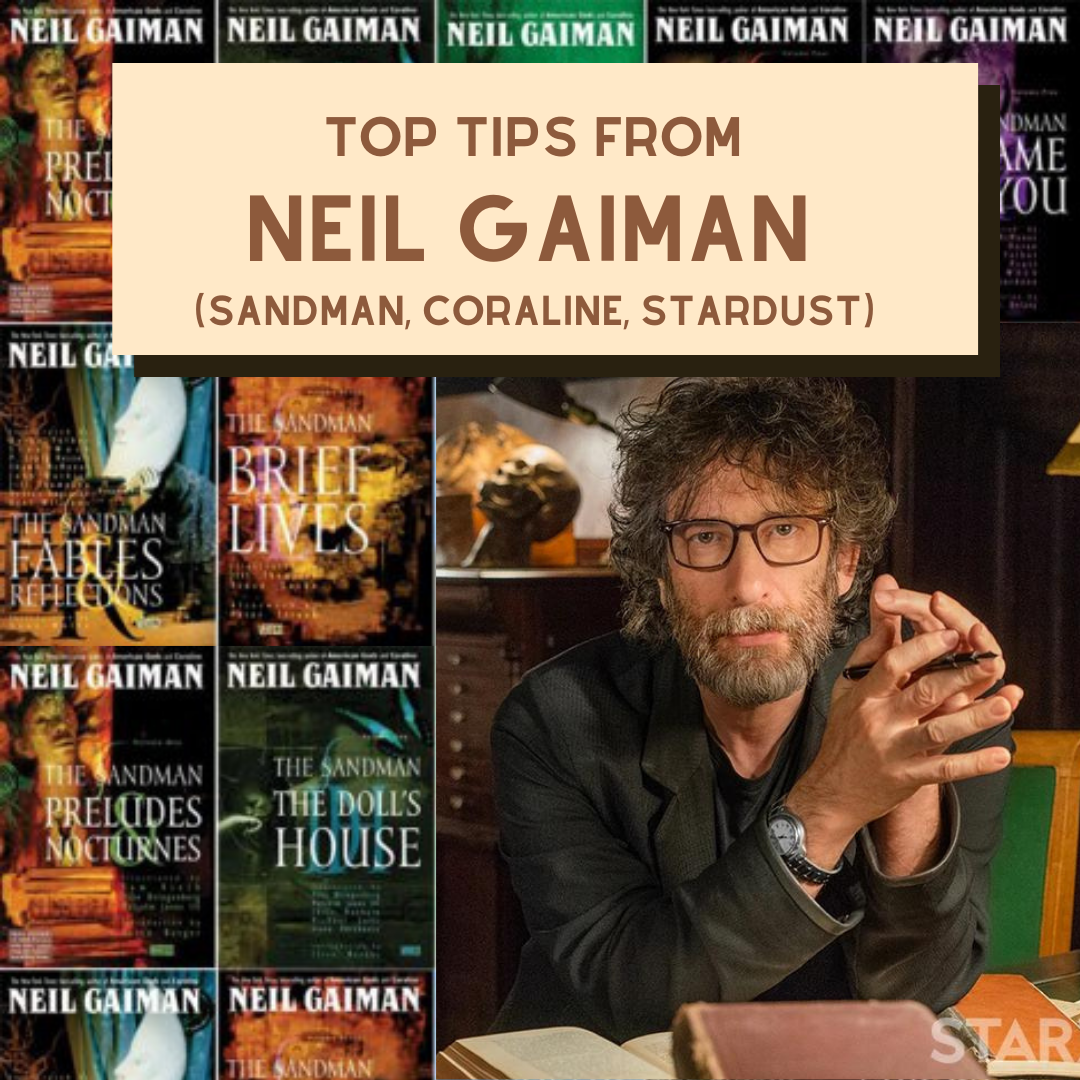 Neil Gaiman is a British author, screenwriter and producer. A prolific writer, he started his career as a journalist, then writing biographies and comics. His acclaimed and groundbreaking series, The Sandman (1991) was the first ever comic to receive a literary award – 1991 World Fantasy Award for Best Short Story. The series has been adapted for TV and is currently on Netflix.

His books have been adapted for the screen multiple times, plus he has written scripts for films and TV. These include Robert Zemeckis’ Beowulf (2007) and Doctor Who (2011).

And this is just scratching the surface! In short, Neil Gaiman is a cult writer with a huge work ethic. We can learn a lot from him. Ready? Then let’s go …

1) Never, Ever Lose Touch With Your Writer’s Voice

‘The one thing that you have that nobody else has is you. Your voice, your mind, your story, your vision. So write and draw and build and play and dance and live as only you can.’

Gaiman is BANG ON here. Your writer’s voice is your ‘personality on the page’ – the *thing* that sets you apart. Yes, that might mean people don’t like your writing – but there’s a thin line between love and hate!  The last thing we want is vanilla writing.

‘The imagination is a muscle. If it is not exercised, it atrophies.’

I totally agree with this. You have to exercise your mind, or you won’t be able to write. There’s an old adage that goes, ‘reading is to the mind what exercise is to the body.’

It’s also worth remembering that another prolific writer, Stephen King says ‘If you don’t have time to read, you don’t have the time (or the tools) to write. Simple as that.’

3) Emotional Truth Is EVERYTHING

‘Things need not have happened to be true. Tales and adventures are the shadow truths that will endure when mere facts are dust and ashes and forgotten.’

I can totally relate to this Gaiman quote, here.  This means authenticity – aka ’emotional truth’ –  is always more important than accuracy or being slavish to facts. We can tell stories that are technically ‘inaccurate’ yet still hugely meaningful and relatable.

4) Starting Out Is Hard … Keeping Going Is Harder

‘In many ways, it was much, much harder to get the first book contract. The hardest thing probably overall has been learning not to trust people, publicists and so forth, implicitly.’

This is so true. Getting off the starter blocks as a writer can feel like an uphill struggle … but that doesn’t mean it’s plain sailing once you have! Every project feels like a ‘reset to zero’, plus there are sharks everywhere. It’s wise to keep one’s wits about you. 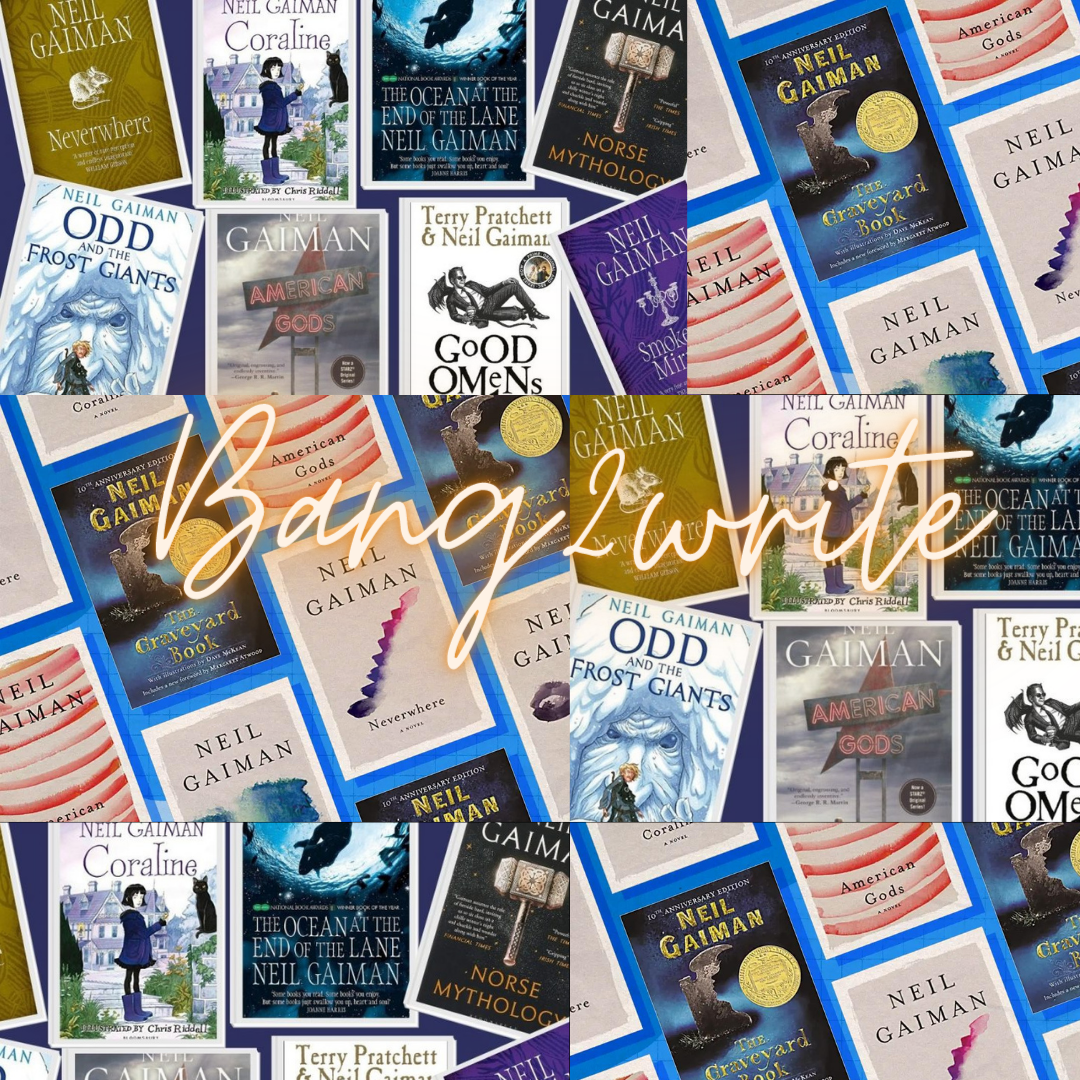 I love this. Writers often tell me they’re ‘afraid of getting it wrong’. This might range from being afraid of ‘wasting’ time drafting, through to blowing it with various diverse character tropes.

Yet mistakes and failure are what make us GROW as writers. None of us can write the perfect draft first time, plus we can ALL be blinded by personal biases. The key is not the mistake, but in learning, reflecting and growing.

‘Going off the grid is always good for me. It’s the way that I’ve started books and finished books and gotten myself out of deadline dooms and things.’

Gaiman raises an important point, here. Creative people need time to let their brains recharge and ‘breathe’. Often what we think are mental blocks are really writer overwhelm. Like Neil, when I feel stuck, I get off-grid too. These ‘brain breathers’ are the times I have my best ideas.

‘Short stories are tiny windows into other worlds and other minds and dreams. They are journeys you can make to the far side of the universe and still be back in time for dinner.’

Short stories are GREAT for writers. Readers love them, plus it can be a great way of expanding your own reading if full-length novels feel too much. What’s more, writing and reading short stories can help you develop and hone your craft skills.

There are also lots of useful opportunities involving shorts. You could use them to enter contests, try for anthologies, or create your own free ebook as a lead magnet for your website. You can also use them to help build your online following by pushing them on your socials. The possibilities are endless! MORE: 5 Expert Writers Share Their Awesome Short Story Tips

8) Frameworks, Perimeters and Even Being Told ‘No!’ Can Help You

‘It’s a wonderful thing, as a writer, to be given parameters and walls and barriers.’

I can relate to this. Obviously marginalisation is not a good thing, but I don’t think that’s what Gaiman is talking about.

Sometimes, when we’re ‘allowed’ to do whatever we like, we get stumped. I have seen this happen with B2Wers many times … They get overwhelmed by the possibilities. In contrast, if they have a those perimeters in place – such as specific genre conventions or archetypes – they have a ‘framework’ for their ideas.

It’s hard to believe that people think writers ‘just’ have fun. Anyone who’s ever so much as TRIED to write a book or screenplay will agree it’s very hard work indeed!

10) Always Be Honest And Do Your Best

‘Write your story as it needs to be written. Write it honestly, and tell it as best you can. I’m not sure that there are any other rules. Not ones that matter.’

Just like understanding #5 on this list, we also need to realise the only thing we can do is our best. There is nothing else to do! MORE: 10 Quick & Easy Tips To Boost Your Writing

Join Us THIS Saturday Jan 21st! 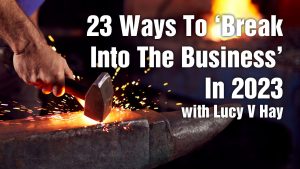 If you feel like ‘locked out’ or that ‘no one cares’ about you or your writing, then this ALL-NEW workshop 23 Ways To Break Into The Business will provide the booster rockets you need in 2023.

It’s on Zoom again, so accessible from anywhere in the world. Being live, you can ask me your questions during the call too. You will also get video replay for a year if you want to revisit or do the course on your own schedule.

SIGN UP HERE or on the pic on the left. See you there?