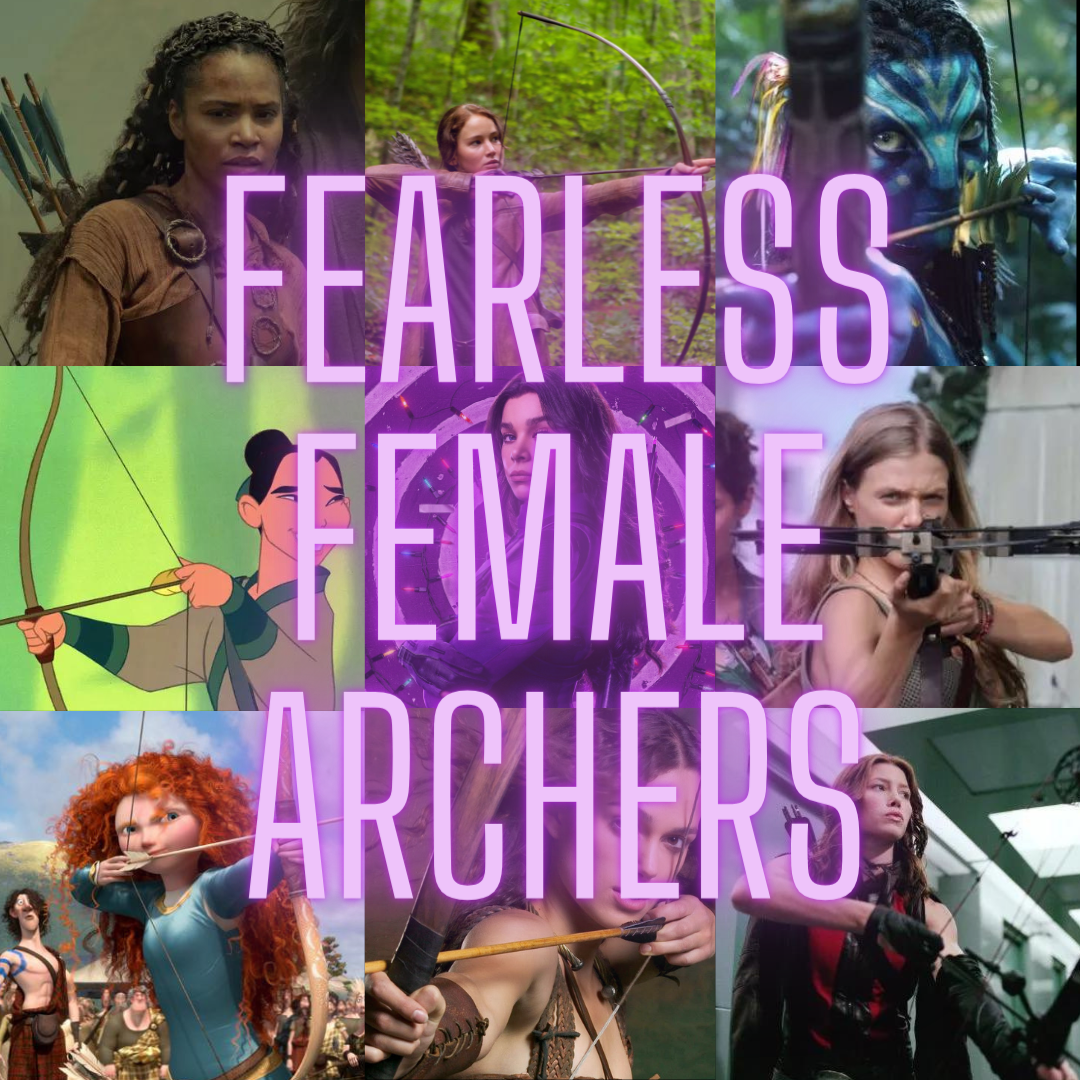 You don’t have to look far to find female archers in fiction. Though male archers obviously do exist too, this is often part of their specific characterisation (Arrow and Hawkeye are the most obvious here).

Tropes are those recurrent ideas or motifs we see in novels, movies or TV. Whilst many internet commentators believe tropes are automatically a bad thing, this is not true. All stories need tropes … It’s when tropes are overused, clichéd or offensive they become stale, generic or even toxic.

There’s nothing wrong with female archers, plus audiences don’t seem bored with them yet!

The archetype goes all the way back to myth and legend: Artemis, the Greek goddess of the hunt, comes to mind … As does her Nordic equivalent Skadi.

There’s also the Amazon warriors who were also archers, made popular by DC comics’ Wonder Woman.

I also wonder if it’s something to do with the US idiom ‘straight arrow’, meaning ‘an honest, morally upright person’, especially when so many of these female archers are protagonists (aka heroes / heroines). Conscious or unconscious, it seems likely!

So, with all this in mind, I thought I’d do a rundown of B2W’s top 10 female archers in movies and TV. Ready? Let’s go … 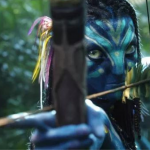 With the long-awaited Avatar: The Way of Water out before Christmas, obviously we must include Neytiri!

Love or hate Avatar, Neytiri is still the stand-out character for me in the original. Played by Zoe Saldana, Neytiri teaches Jake how to use a bow and arrow after saving him from a pack of viperwolves. Though she is a fearless warrior, she won’t kill unless absolutely necessary. 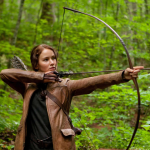 Another MUST-HAVE for our list, Katniss Everdeen (Jennifer Lawrence) must enter the gladiatorial arena in place of her younger sister, Primrose. She takes on first the other tributes, then the evil President Snow (Donald Sutherland) in the rest of the franchise. Her skill as an archer gets her through all the horrific trials and the rebellion that follows. 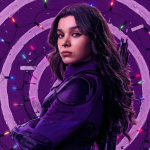 I always find it super-interesting how many young female characters have male mentor figures. Just like Katniss has Haymitch in The Hunger Games, in Disney+’s Hawkeye Kate Bishop (Hailee Steinfeld) is mentored by Avenger Clint Barton (Jeremy Renner).

In true Hawkeye fashion then, Clint is reluctant to help his protégé because he wants to get back to his family for Christmas … but then he and Kate get wrapped up in a conspiracy. 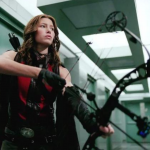 Okay, So Blade Trinity was a bad movie. That said, Abigail Whistler (played to perfection by Jessica Biel) was the very epitome of the Kickass Hottie. She even baits them by pretending to be a vulnerable young mum,  then SUPRISE: whips their butts! 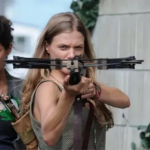 Revolution was a post-apocalyptic TV series from the same team that brought us the iconic Lost and later, Amazon Prime’s The Boys. In the story, all electricity – even things powered by batteries – has been shut down and society has fallen apart. People are starving, militias have taken over America and all seems lost.

Charlie (Tracy Spiradakos) was just a little girl when the ‘blackout’ happened. Fifteen years on, her brother is abducted by the militia and her father is murdered. This forces her out on the road to find her uncle Miles (Billy Burke) to help get her brother back … and on the way, she gets in touch with her inner fighter. Using everything at her disposal, Charlie’s weapon of choice is a crossbow. I loved to see her arc move from a helpless teen to a pragmatic soldier who will do whatever it takes.

Who said princesses have to wait around to be rescued? Not Merida, who uses her superior archery skills to thwart an attempt by her parents’ attempt to arrange a marriage for her.

She wins ‘her own hand’ when she beats ALL the would-be suitors. That’s more like it. 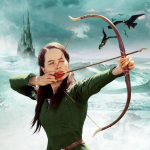 Susan  (played by Anna Popplewell) is the elder sister and second eldest Pevensie child. As well as being a great leader and highly intelligent, she is also a talented archer. Susan’s bow and arrows, along with her horn, were her most prized possessions when she reigned in Narnia as Queen Susan the Gentle. 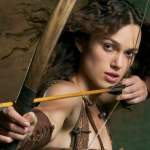 In this version of the legend, Guinevere (played by Keira Knightley) is Merlin’s daughter. Unlike him, she does not wield magic, but a bow and arrow. Outside of the movie, Knightley said she ‘felt let down’ that the US movie posters gave her ‘strange, droopy breasts’.

Young Mulan (voiced by Ming-Na and played by Yifei Liu in the 2020 live action remake) learns that her ailing father must join the army to fight off in invaders.

She comes up with a cunning plan: she disguises herself as a man and joins the army in his place. To do so, she must learn archery and even how to retrieve an arrow from a high post while weighed down. 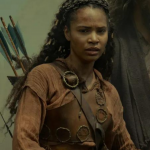 This AppleTV series is set five hundred years in the future where nearly all humans are blind. Humans have adapted, so they can do most things sighted people take for granted, included fighting and war.

In this feudal society, sighted twins are born: Haniwa and Kofun. Because of their ‘difference’, they are hunted as witches and face being burned at the stake.

Unlike her brother Kofun who believes being sighted is a curse, Haniwa believes her sight is a gift. So it makes sense she would pick the bow and arrow as a weapon … but she must hang back because otherwise she will be killed easily by the blind warriors. MORE: 8 Powerful Reminders For Writers From SEE On AppleTV 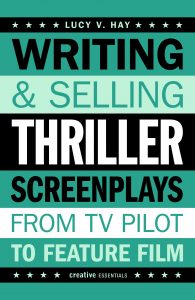 To commemorate this occasion, I have revisited book and updated it for its anniversary. I’ve added a whopping extra 100 pages, new case studies and included information on television pilots as well as movie screenplays.

As a thank you to all of you who pre-order the book I am going to do a LIVE free masterclass all about writing Thriller screenplays the day the second edition comes out! I will also answer your thriller writing questions. And of course there will be GIVEAWAYS — including a grand prize of a 1:1 Zoom meeting with me about your own Thriller screenplay!

Simply CLICK HERE, or on any of the pics in this article. Then send me your receipt to Bang2writeATgmailDOTcom, or send me a screenshot via Facebook or Instagram messenger, or via DM on Twitter (I’m @Bang2write).

previousTop 10 Tips From Neil Gaiman On Being A Writer
nextThe Ultimate Guide To Producing (Plus 3 Proven Methods To Find Producers!)