What Do I Do If My Book or Script Is A ‘Hard Sell’? 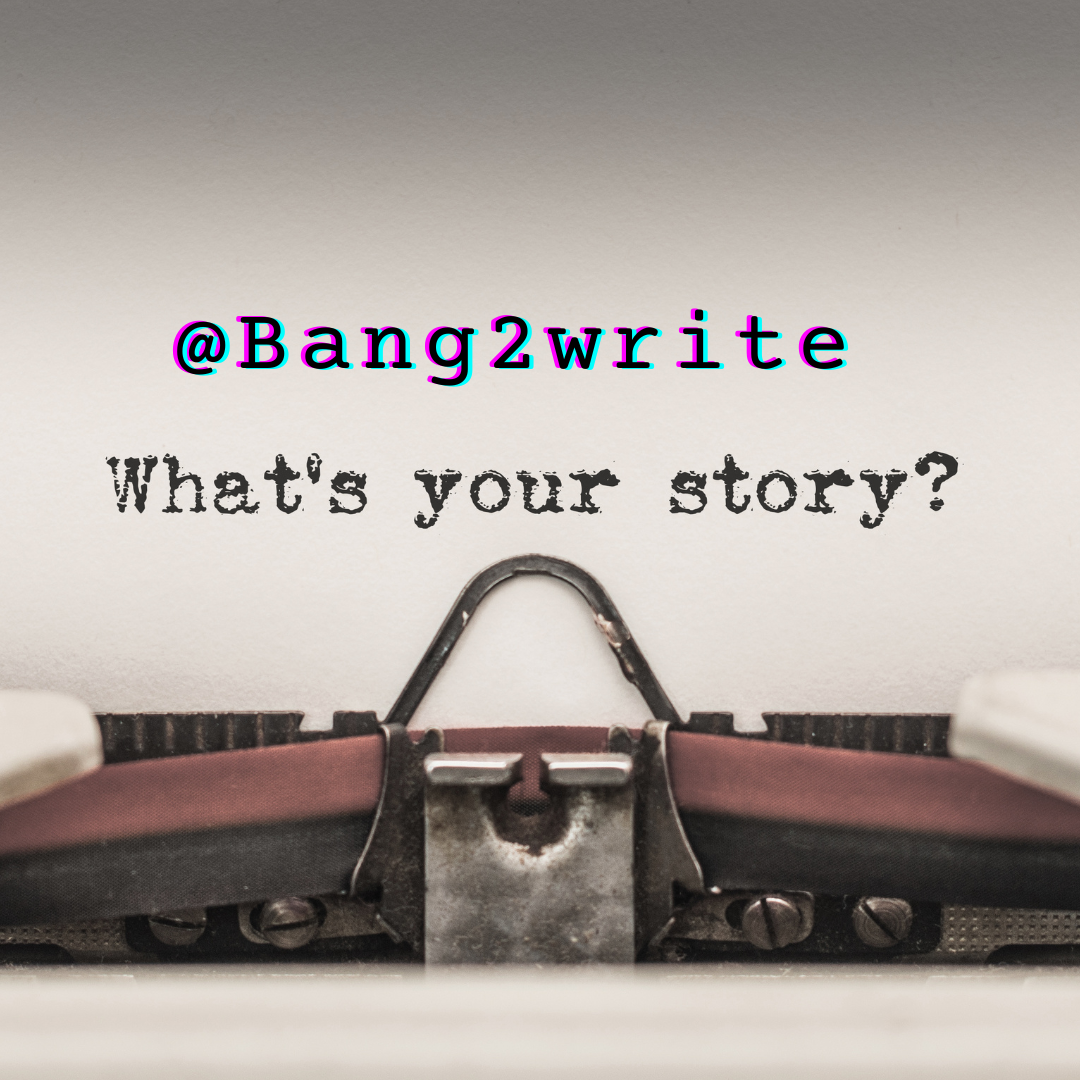 Help! What If My Story Is A ‘Hard Sell’?

Every week I hear from Bang2writers who say their stories are a ‘hard sell’ and they don’t know what to do.

With this in mind, I broke down the process into steps to help. Ready? Let’s go …

First things first, what makes your story a ‘hard sell’? Do you know for certain … Or are you just guessing?

I always find it very interesting (but not surprising) that lots of new writers pretend to themselves their story is a ‘hard sell’. After all, it’s the ultimate ‘get out of jail free’ card, ie. it’s been rejected a lot NOT because it’s bad, but because it’s NICHE.

Yet those same writers – apparently knowing their story is ‘niche’ – persist in sending it to MAINSTREAM producers and publishers. This is usually because they don’t really believe their story is a ‘hard sell’ at all. They believe that it can get made IF the ‘right people’ see it.

Time to get real. If your story really is niche? Then it’s very likely you will need to make it or self-publish it yourself.

If your story is NOT niche, then it could be your story SUCKS the way you’re telling it at the moment. Time for a rewrite!!

STEP 2: Figure Out Your Target Audience

Once you have got real, you will need to figure out who your target audience is.

New writers often say their stories are ‘for everyone’. This is unadulterated BS. There is NO story in the whole of humanity that is for ‘everyone’. Even the most iconic, most beloved stories do not appeal to everyone.

Beyond this, most of us understand the notion of NICHE and MASS audiences, ie. a ‘few’ versus ‘a lot’ of people.

In reality, most of our stories will be somewhere in-between these two extremes.

This is where being knowledgeable about the marketplace really scores (and no, that’s NOT ‘selling out’!)

Knowing WHAT people like to buy is a great start. In addition, understanding what has gone before in the genre/type of story YOU write is very helpful. For example …

This is what target audience means: ‘Who is your story FOR?’

That’s it. No big conspiracy. Even better: agents, producers and publishers love it when writers know who they’re writing for … because it usually means better storytelling!

However, if you don’t like the idea of scouring lists or doing research like the above, that’s okay. Veteran writer John Steinbeck suggests a simple tip: write for your ideal audience member.

In other words, visualise that person in your mind and write FOR them, using what you know about them to help INFORM the story … This might be your spouse, your child, your friend, or even yourself.

The author Toni Morrison said, ‘If there is a book that you want to read but it hasn’t been written yet you must be the one to write it.’  This works for screenplays too!

Just don’t lose sight of the fact your ideal audience is just ONE PERSON. 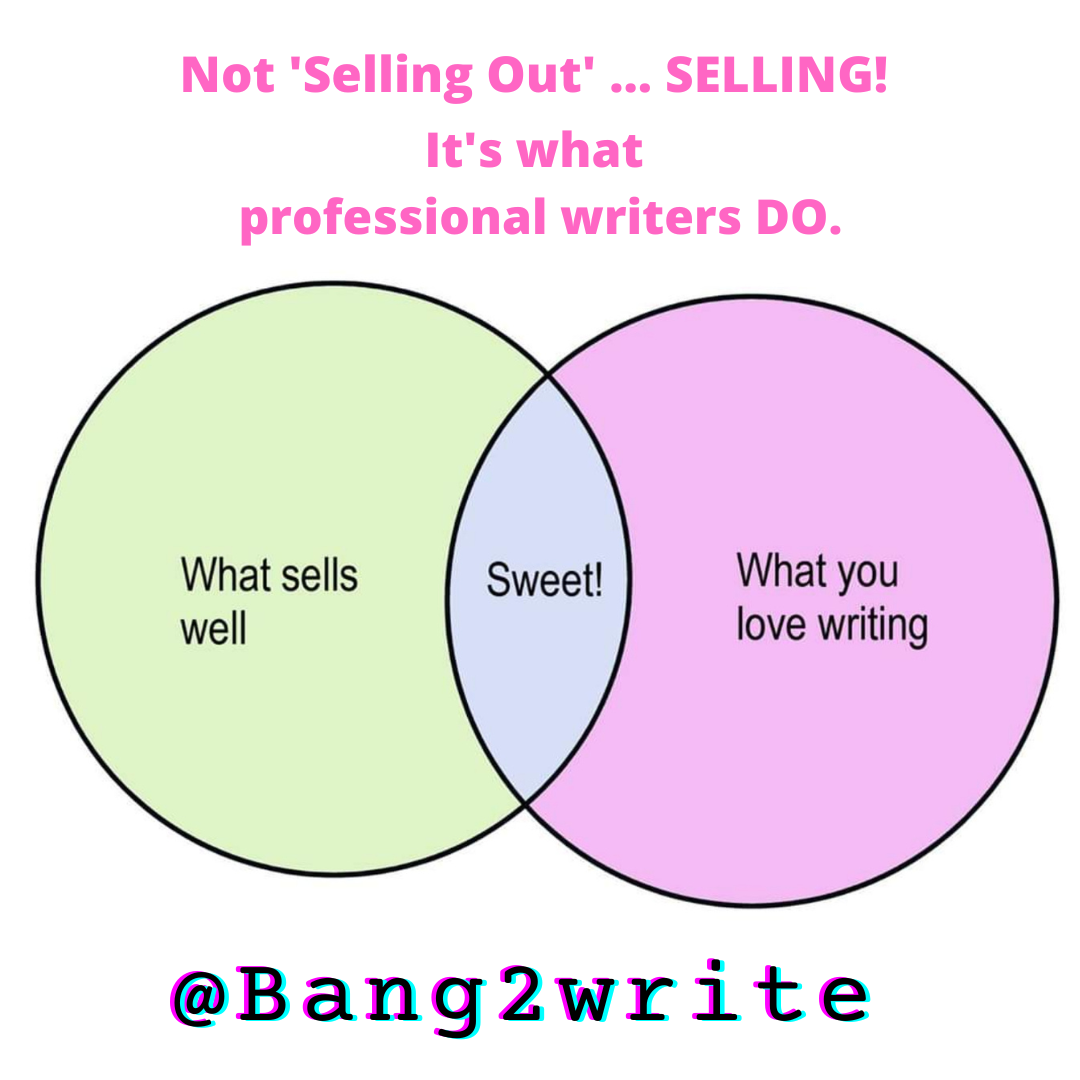 There are some people and sites that are knowledgeable about what’s selling and what’s not right now, such as (but not limited to) …

This doesn’t mean writing FOR the marketplace. It means identifying any opportunities that may help you sell your own story.

An example: when I wrote The Other Twin, I did some market research. It revealed the romantic suspense category of crime fiction that year was doing well that year with agents.

Romantic suspense typically involve both a romantic AND crime or mystery plot. With this in mind, I wrote a romance into my crime novel … and the rest is history, because that book was picked up by an agent very quickly.

Note I DIDN’T change everything about my novel. I simply wrote something I loved to read (crime/mystery) along with the aspects of romance I like to read too (breakups, power struggles, not to mention sex scenes).

You can do the same … AND stop your story from too much of a ‘hard sell’, just like the infographic above this section.

So okay, you’ve done the research. You have got real, figured out your target audience, plus you have asked the experts.

You KNOW now your book or screenplay is indeed a ‘hard sell’. This might be because it’s for a niche audience, or it might be because that particular type of story is not popular right now. The creative arts follow trends like everything else, after all.

This is where you have a decision to make …

Whatever you choose is totally up to you. There’s pros and cons to each.

But whatever you do choose, this process makes you realise your story is not ‘terrible’, it’s just a ‘hard sell’. Crucial difference. This realisation can be very empowering too, especially if you get rejected.

This time it’s running in February 2023, on Zoom again. If you’re interested in becoming a script reader, or finding out more how script readers may assess YOUR own writing – or both! – then this is the course for you.

previousTop 5 Mistakes Writers Make Working With Script Editors
nextWhy Remakes And Reboots Are Here To Stay (And No, It’s Not A Bad Thing)