Top 5 Mistakes Writers Make Adapting Their Books For The Screen 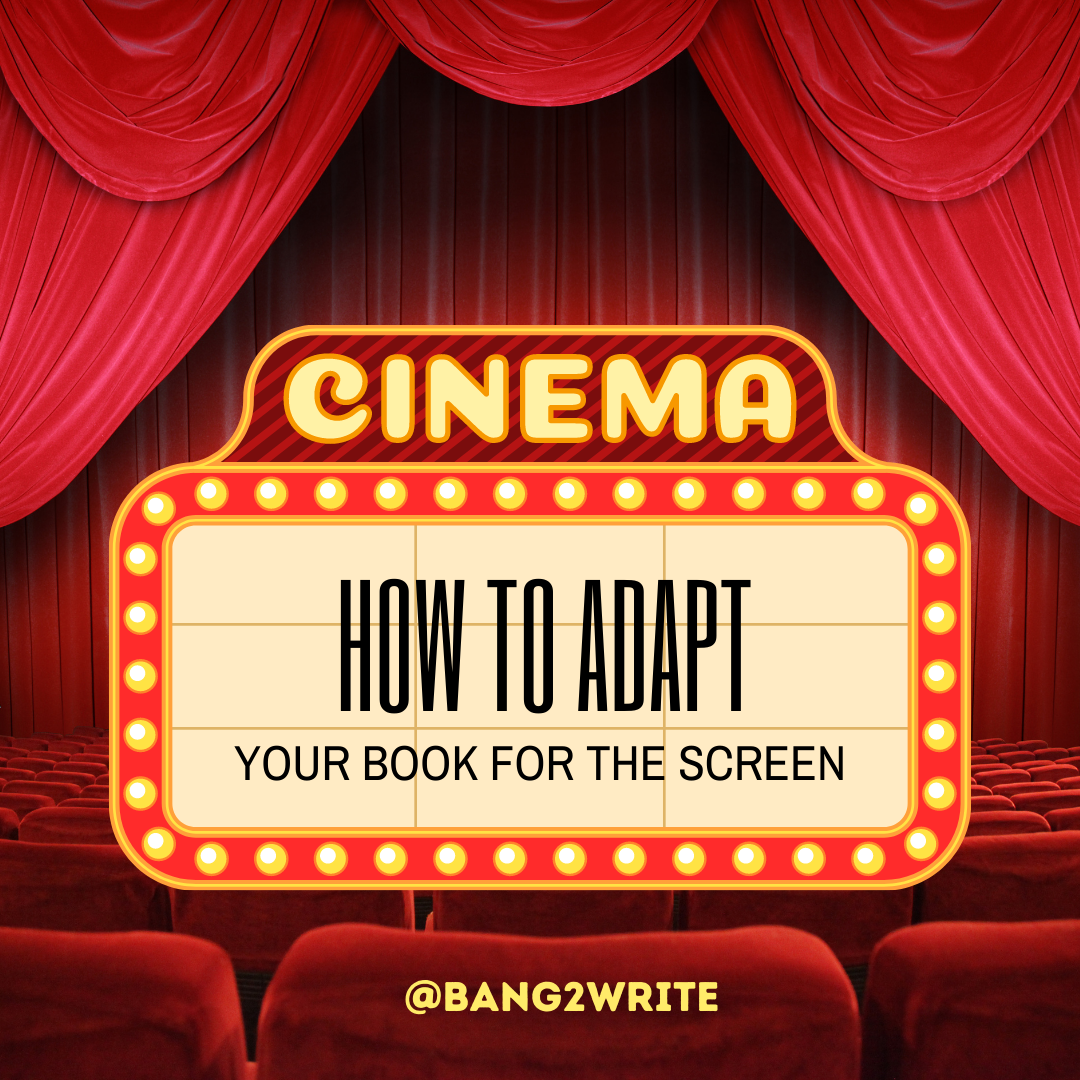 All About Adapting Your Book

Why not make a movie out of your book … You wrote a great book, so surely it will make a great movie — right?

Not so fast! Adapting a book is not as easy as it looks.

A movie or TV series needs to pack in a LOT of action. A slow-paced, emotional tale might not adapt to film so easily. Even if you wrote a fast-paced action-adventure, you will have to adapt your thinking as much as adapting your manuscript.

Newbie screenwriters can make many mistakes. This list will help you avoid those specific to adapting your book for the screen. Ready? Let’s go …

This is the big one. If you get this wrong nothing else will work. Writers think in words because that’s what we write. We write words.

But movie-goers do not consume movies in words. Video is a visual medium. Yes, words count. They really do. And so does sound, including music, tone of voice and sound effects. But movies are above all a visual medium. You are writing a movie, not a screenplay.

To get this right, spend a lot of time with your eyes closed, envisaging how your words might be seen on the screen. Pay particular attention to timing. If you find yourself envisaging a scene for more than a few seconds, you have work to do.

The good news is that when you master visualisation, you will have a much easier time avoiding other mistakes. MORE: The Witcher: 7 Lessons In Adaptation

If a scene does not advance the story, cut it out. I know, I know, every scene advances the story somehow in your book. But this is film. And film stories have to be much more compact.

Your book might have detailed all that went into setting a bomb, from planning to placement to the explosion itself. But the film version need only show the explosion, with the perpetrator walking away while talking into the phone: “It’s done. See you in Rome.” Several book scenes can be combined into one this way.

In two hours or less, there are only so many characters that an audience can warm up to. Most books need more characters because there are more scenes. With a streamlined plot, fewer characters are needed. 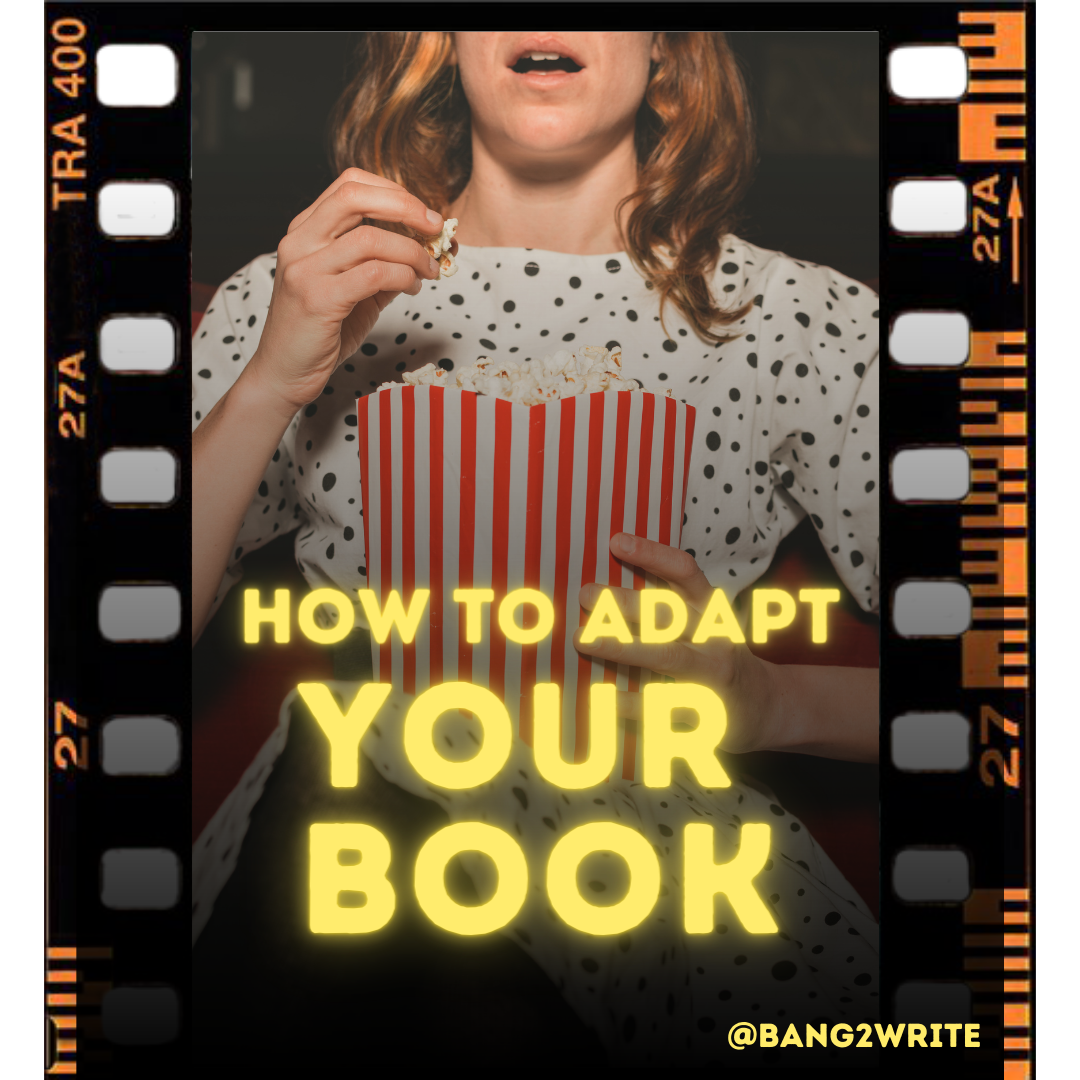 Mistake #4: Describing too much

This goes back to thinking in words instead of images. In a book, you describe scenes right down to how the lilacs smell. You describe what people are thinking or feeling. These cannot be described in a screenplay, so don’t try.

Instead of describing, imply.

If the smell of the lilacs is important to the story, it might be enough for the lilacs to be prominent in the scene framing. If you want to really drive home the point, a character could take a deep breath, then turn their head to look pleasantly at the lilacs, even just pausing for half a beat in what they were saying.

Similarly, you can imply how a character is feeling without spelling it out. If a character feels tired of wasting time in conversation, it can be shown by their impatience. Their speech becomes curt. Their body gets stiff. They interrupt. They stand up. MORE: Top 5 Scene Description Mistakes Writers Make

Some books start slow. Some don’t. A movie can never start slow. If you don’t jump straight into the action, you’ve lost the audience.

There is no better example of this than All The King’s Men by Robert Penn Warren. The slow, drawn-out introduction to life in the South along Highway 58 draws readers into those hot southern summers. It goes on like that for page after page after page.

In contrast, the 1949 screenplay begins with a man disrupting a peaceful setting and leaning over a desk at another man: “Burden! Jack Burden! The boss wants to see you.” There is tension. There is conflict. Already viewers are wondering what is about to happen.

Most of these mistakes can be overcome by thinking in pictures and by cutting loose all ties to the words you wrote for your book. If you simply want to translate your book into a screenplay, it will not work. If you are flexible enough to write a movie based on your book, you have a great chance of avoiding these and many other mistakes.

Good Luck Adapting Your Own Book!

BIO: David Leonhardt wrote this article based on experience running THGM Writing Services. His team is often asked to write screenplays based on client books, and often has to help them overcome these challenges.