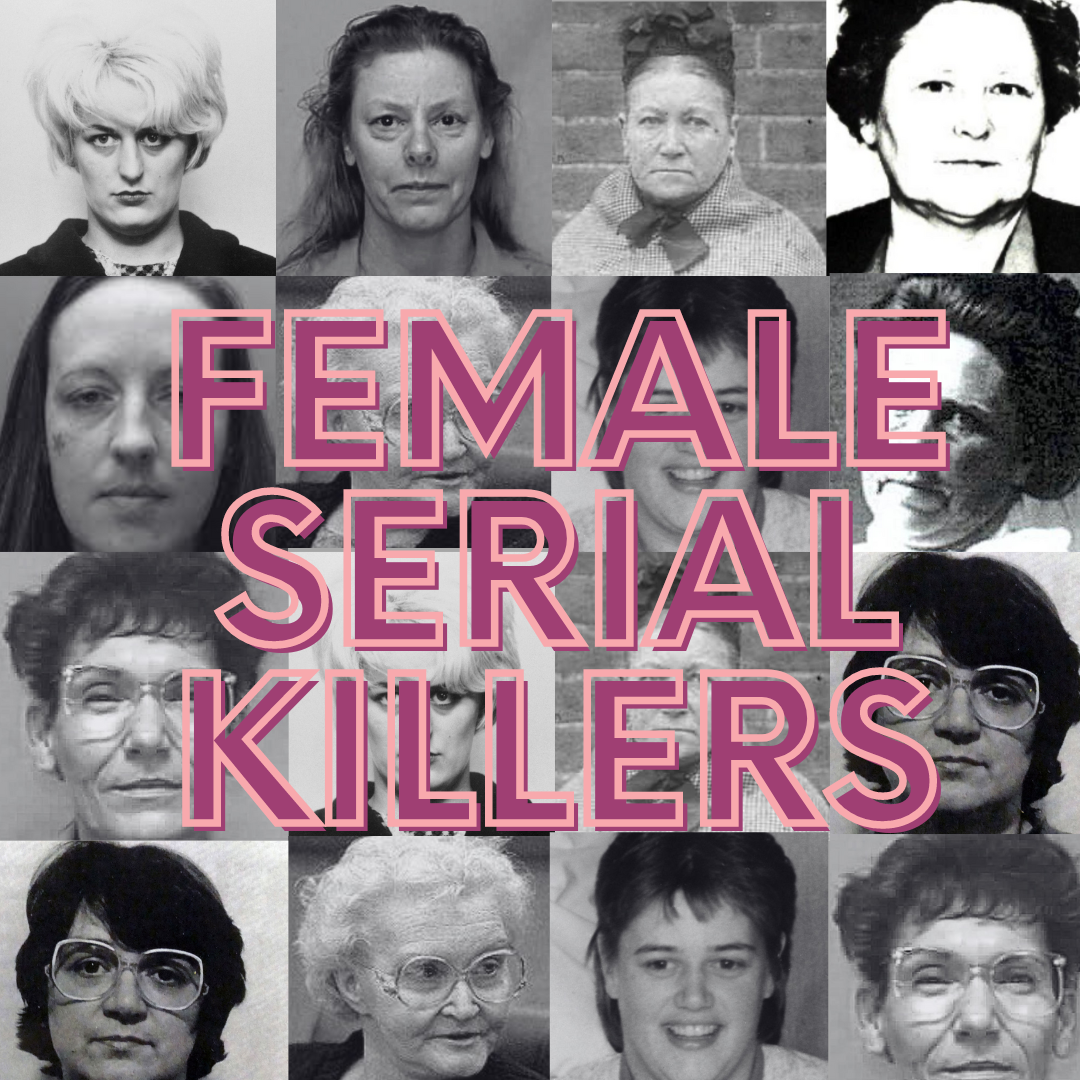 All About Female Serial Killers

Female serial killers have always been a fascination of mine, as a writer, reader and viewer. True crime is super-popular because many people share this interest (but most of us are rightfully repulsed as well!).

My fascination is due to the fact female serial killers don’t tend to be motivated in the same way as their male counterparts. They will frequently have ‘reasons’ for doing what they do. The rest of us may even understand some of them (though of course we won’t condone such tactics!).

Lavinia would poison her guest’s tea to weaken them, then her husband would kill them. Interestingly, she and John were convicted of highway robbery, NOT murder (the former was a capital offence at the time).

It’s estimated  that nearly one in six (16 percent) of serial killers apprehended in the United States since 1820 was female, either acting alone or as the partner of a male or female offender. It’s thought there have been around 60 notorious female serial killers in United States history.

Hollywood’s obsession with killer couples means many people erroneously believe women ONLY kill when under the dark influence of a man. Whilst many deadly women like to work with a man, they frequently work alone too. Ready? Then let’s go … 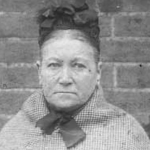 A baby farmer turned serial killer, Amelia Dyer operated during the mid-to-late 1800s. She took advantage of the lucrative baby-farming trade by posing as a ‘carer’, adopting unwanted children under the pretence of looking after them.

Instead, Dyer would let the babies starve to death and pocket the cash. Later Dyer would kill the babies to speed up the process. She was hanged for her crimes in 1896. 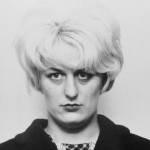 Hindley was one half of the infamous ‘Moors Murderers’, along with her boyfriend Ian Brady. Between 1963 and 1965, Ian Brady and Myra Hindley abducted and killed a total of five children or teenagers, stabbing or strangling them. Afterwards, they buried their bodies on the Manchester moors. Hindley died in prison in 2002 from a brain aneurysm. 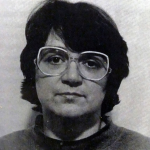 Along with her husband Fred, the Wests were not only a serial killer duo, but ran a ‘House of Horrors’. Between 1967 and 1987, they murdered a number of lodgers as well as some of their own children.

The Wests were horrifically abusive parents who inflicted beatings, incest and torture on their kids and anyone else unfortunate enough to end up in their web of lies.

Nine sets of human remains were discovered in the Wests’ garden. The body of Fred’s stepdaughter was discovered at the Wests’ previous home. In a nearby field, the remains of Fred’s ex-wife and mistress were also discovered.

Both Fred and Rose were found guilty and sentenced to life in prison. Fred hanged himself shortly after the verdict, though Rose remains in jail. She still insists she had nothing to do with the murders despite a wealth of evidence against her. 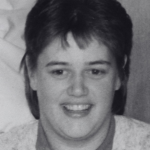 Beverley Allitt was a nurse who was convicted of murdering four children in her care in 1991 in Lincolnshire, UK. She was also found guilty of attempting to murder three other children and causing grievous bodily harm to a further six.

Allitt received thirteen life sentences for her crime in 1993. In his summing up, the judge sentencing her said she was a ‘serious danger’ to others and was unlikely ever to be considered safe enough to be released.

However, Allitt is now eligible for release on parole because her minimum tariff of 30 years’ imprisonment expired in November 2021. 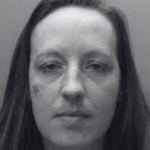 Unlike many female serial killers, Dennehy is a thrill killer. This means she did not murder for profit, revenge or as an ‘Angel of Death’.

Dennehy admitted she stabbed three people to death and wounded three more in 2013. She would lure victims to her home and blindfold them as part of a supposed sex game, then kill them.

Dennehy was easily tracked down and confessed immediately. She was sentenced to life in prison. She is one of only two women to be serving a life sentence in Britain (the other is Rose West). 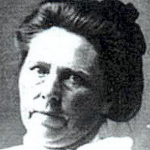 Hailed as ‘Hell’s Belle’, Gunness may have murdered more than 40 people, including her husbands and children. She was active between approximately 1884 and 1908.

A Norwegian immigrant, Gunness came to America in search of wealth. Her first husband and then her baby daughter died very close together, then she started posting lonely hearts columns in local magazines to entice men to her farmhouse.

Once she had the men in her home, she would take their money and kill them. It was only after her farmhouse burnt down that authorities discovered the bodies of 40 men and children.

At first it was thought Gunness perished in the fire, but then one of Gunness’s farmhands revealed that the whole arson incident had been planned and Gunness had fled with her money. 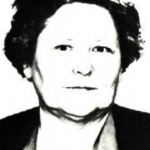 Like many female serial killers, Doss favoured poison. Her first murders were her own children. She didn’t stop there.

Her relatives kept dying under suspicious circumstances until a local doctor ordered an autopsy. Arsenic was found in their systems and Doss was arrested. She died in prison in 1965. 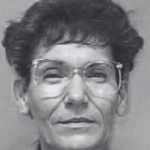 Dubbed The Black Widow, Buenoano murdered her husband, son and boyfriend between approximately 1963 and 1980. Taking out large insurance policies on all three, she slipped arsenic into their meals.

When her son Michael did not die, she took him out rowing and capsized the boat. Too weak from the poison, Michael drowned.

Buenoano was arrested in 1984 and put on trial. She was sentenced to death by electric chair, dying in 1998. She was the first woman to be executed in Florida in 150 years. 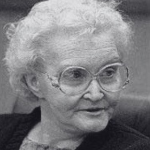 Known as The Death House Landlady, Puente’s killing spree began around 1982. Puente rented out out her apartment in Sacramento, California to elderly men and sometimes drug addicts.

Once in her home, she would give the unfortunate people sleeping pills and then suffocate them.

She’d then take their money and deposit their cheques in her own account. Police arrested Puente after a disabled man was reported missing. Puente died in prison in 2011 when she was 82. 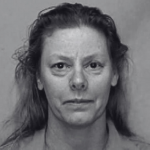 Probably the most infamous female serial killer on this list, Wuornos is sometimes (grossly) called a ‘feminist icon’ for her revenge on men.

A sex worker, Wuornos killed seven men, shooting them all at point-blank range. At first, she claimed self-defence, saying the men were clients who had turned violent. Later, she admitted this was not true.

After her arrest in 1991, Wuornos was sentenced to death and executed by lethal injection in 2002.

Happy Publication Day … To Me! 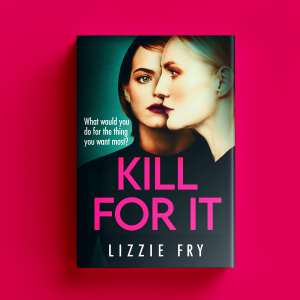 This is the book I’ve wanted to write for years. As any veteran Banger knows, I absolutely love antiheroines … So combining that first love with my fascination with female serial killers is a dream come true!

KILL FOR IT follows the fates of Cat, a young journalist from a deprived background. Despite doing well in school, gaining a degree with top marks and a job at one of the top media agencies in the country, Cat is consistently side-lined and underestimated at work.

When something terrible happens to Cat after-hours, she finds herself in a unique position and writes an article that goes super-viral. With the eyes of her employers and the world on her, Cat gains a taste for the spotlight.

Cat soon realises how she can profit from her new-found success … and will resort to murder to stay one step ahead.

There’s one problem … Cat is joined by Erin Goodman, a veteran journalist who starts to notice Cat seems suspiciously close to various tragic events, she decides to track down the truth … and discovers it’s far worse than Erin could have imagined.

But Cat knows Erin is onto her. And Cat is more than happy to toy with her colleague, especially if it gets her an even bigger story to report on.

In the game of cat and mouse, there can be only one winner.

How far would you go for the thing you want most?

Would you … kill for it?

previousTop 5 Mistakes Writers Make Adapting Their Books For The Screen
nextThe 10 Most Iconic Teachers in Movies, TV and Literature