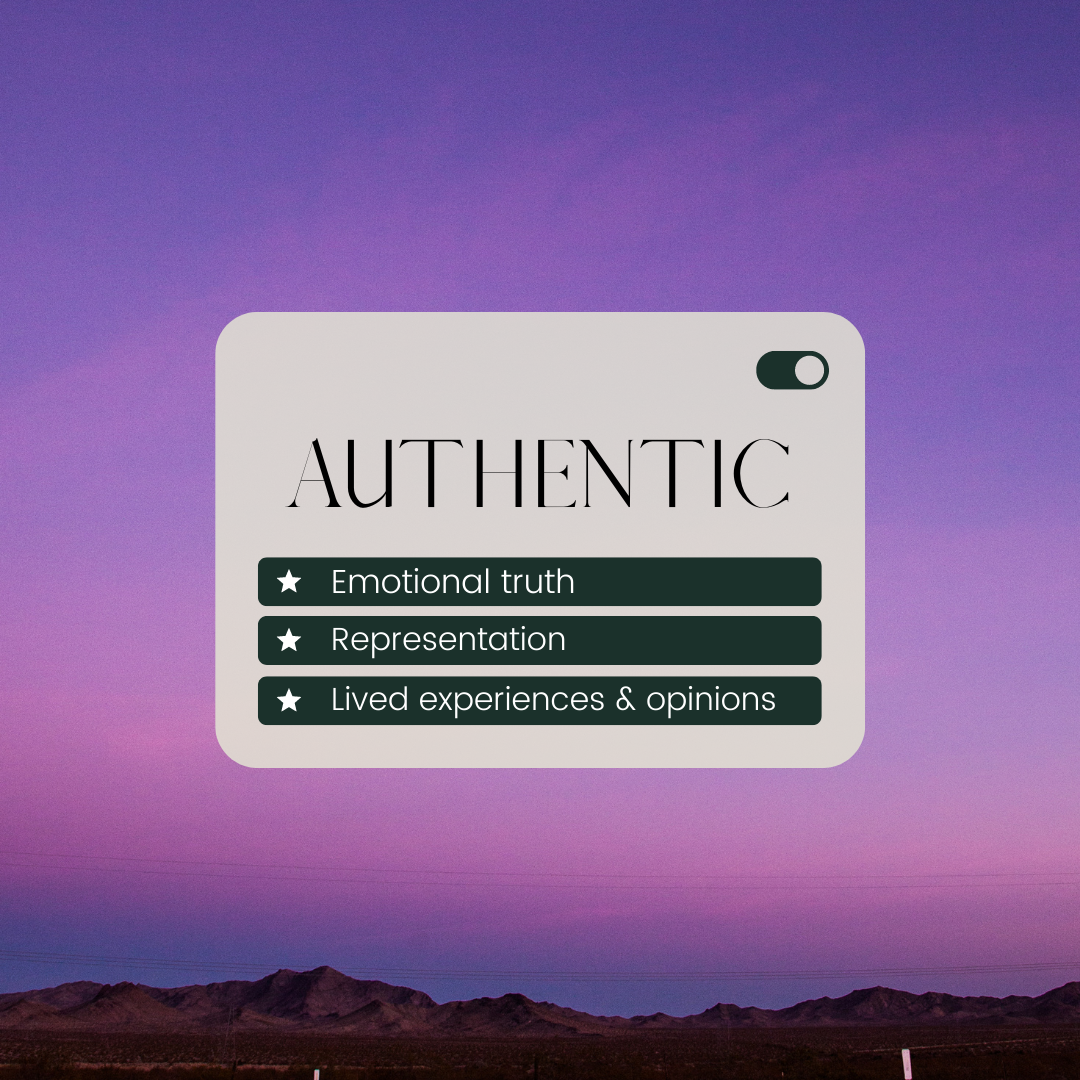 Last weekend I taught B2W’s Breaking Into Script Reading workshop where I talked about accuracy versus authenticity. I said that audience preferences have changed in the past ten years quite considerably. Whereas not long ago creatives had to be accurate or risk being considered a ‘bad’ writer, this is now the case when it comes to authenticity.

This lead to a discussion of authenticity and HOW writers can ensure their writing feels real. I thought this might be useful for all the Bangers, so here goes.

First things first, let’s define the actual word ‘authenticity’. Here it is in the dictionary:

The definition isn’t really that useful, but the synonyms are. We can all agree that authenticity is the nature of feeling genuine, valid and legitimate. This is common sense. But HOW do we writers do this??

All About Emotional Truth

Authenticity is a word that gets thrown around A LOT on social media. I personally believe ’emotional truth’ is a more useful label. As far as I am concerned, striving for emotional truth in our work over the more abstract notion of authenticity is far more likely to deliver a piece of writing that feels genuine.

But how do we write with emotional truth?

First things first, we have to be truthful about our own lived experiences and feelings when writing about certain topics. This does not mean we can ONLY ‘write what we know’, far from it. We don’t necessarily have to have lived certain things in order to write about them, though sometimes it can help if we have. (Alternatively, it may not help! Like so many things in this writing lark, it can depend). MORE: The Uncomfortable Truth About #OwnVoices Stories

2) We Have To Compare/Contrast

One of the biggest mistakes I see writers make is thinking just ONE worldview is ‘enough’. This often happens when a writer wants to represent a community in their work but think just one person stands for that community.

For example, a writer wants to write a LGBTQ character … so uses *just* uses their LGBTQ sibling/best friend/work colleague to help them do this. Why is this a problem? A number of reasons …

However, if we compare/contrast MANY stories, we can mix them up and even use them as a springboard for NEW ideas. Suddenly all the problems above vanish. MORE: The #1 Diverse Character Mistake Writers Make

3) We Have To Know What Came Before

Certain topics are a minefield. What’s more, various stigmas and myths exist in society that may end up in our work by accident. On top of that, there are storytelling tropes – that may or may not change depending on which decade we’re in! – that may be deeply unpopular with the communities you’re trying to represent.

There are groups of people who are so used to being represented badly in storytelling they may automatically give ANY attempts – good or not – automatic side-eye. This means some writers start on the back foot in order to make an attempt at a portrayal that is not clumsy, stale, or even offensive.

But make no mistake: it is IMPOSSIBLE to create a truly authentic portrayal of a community without understanding what has come before, in terms of …

As writers, we need to accept that authenticity is in the eye of the beholder. We can strive and do everything ‘right’ and still get the finger-pointers telling us our writing is  ‘wrong’.

In addition, there ARE some people who want or need a ‘reason’ to dismiss pieces of writing. Here’s just a handful of times I’ve seen this happen …

i) Memoirs Are Not Quite The Same

When I was a teenage single mother, I got a rejection that said I ‘needed to meet some teen single mums’ because my writing was ‘naive’. Now the latter might have been true, but I WAS a teen single mum. I’d also done loads of research into OTHER teen mums’ stories. 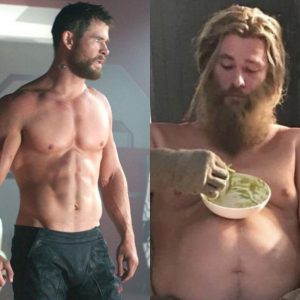 Marvel’s Thor was revealed as gaining weight in Avengers: Endgame because of depression about the end of the world as he knew it. There was a huge row about this on Twitter back in 2019, plus it reignited recently with the release of the trailer for the upcoming Thor: Love & Thunder.

Whilst fat characters are frequently represented as ‘lazy’ or even ‘evil’ in stories, weight gain with declining mental health is NOT inauthentic. In fact, it’s incredibly common: hence the notion of ‘comfort eating’ or drinking too much, as Thor does. In addition, many mental health medications cause people to gain weight.

Importantly, Thor’s weight gain was not represented as any inherent character flaw. In Endgame he is reunited with his dead mother momentarily. She recognises what he has been going through and there’s a touching moment where he accepts her emotional support. What’s more, as a result Thor is able to lend his own support to the defeat of Thanos in the resolution of the movie WITHOUT having to lose the weight to do it.

Now, not every person who identifies as fat or overweight liked this portrayal (nor do they have to). But I found it both authentic and refreshing to address the notion that even superheroes get depressed due to adverse life events like half the universe blinking out of existence!

There will NEVER be a point where everyone agrees on what authenticity means. There will never be a time where a story is considered authentic by 100% of its viewers or readers. It just cannot happen.

Instead, let it go. All we can do is our best. Sometimes we will hit the mark; other times we won’t. Most of the time, we will be somewhere in the middle.

What we can do however is our due diligence: comparing/contrasting without highjacking and ensuring we know what came before. So even if people say our writing is ‘inauthentic’ we can have peace of mind that it just doesn’t work for that person … and THAT’S OKAY. 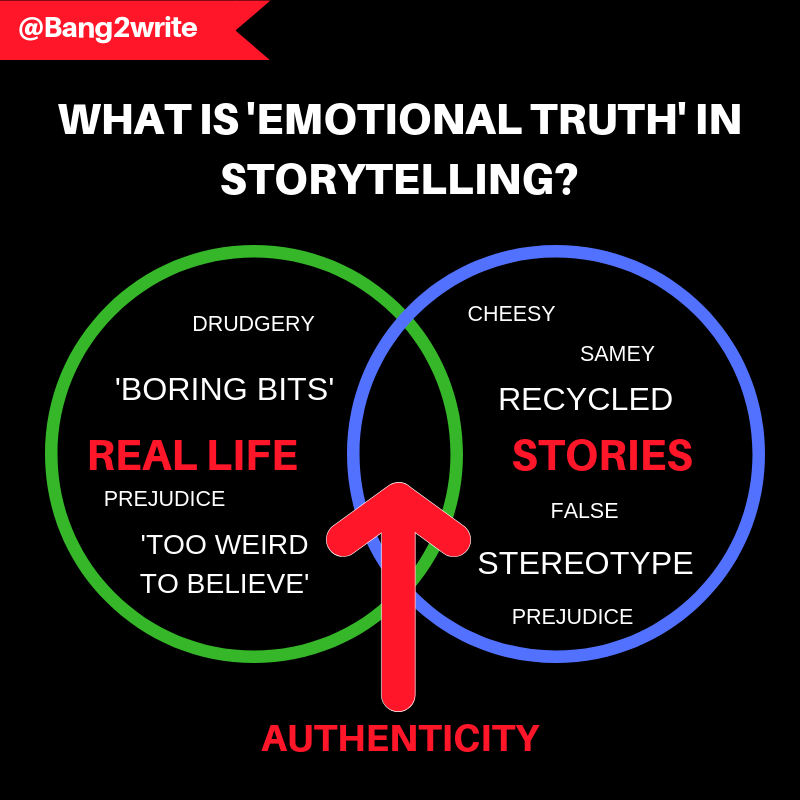 previousTop 10 Tips On How To Break In As A Screenwriter This Year
nextIs Your Story A Mystery, Horror or Thriller? Here’s How To Tell