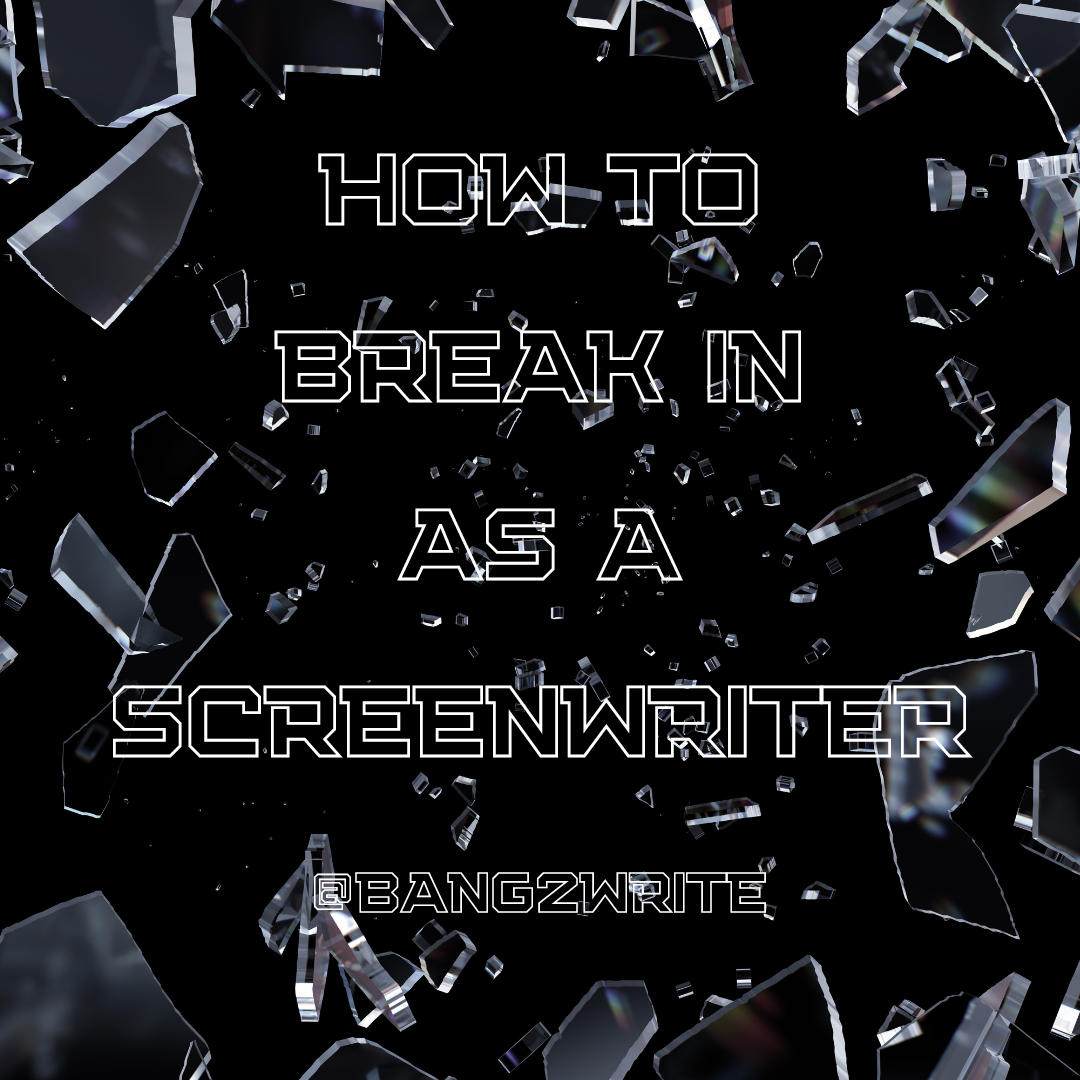 How To Break In As A Screenwriter

If you want to break in as a screenwriter, you’re not alone. ‘How to break in’ is probably one of the top Google searches that leads to this blog, in fact. Whilst it’s true B2W believes we need to build our careers over a sustained period (rather than the break in being just ONE act), we all have to start somewhere.

I was joined in a B2W livestream recently by comedy writer Amanda Graham (@AGComedy). Amanda specialises in rebellious, irreverent, female leads going against nonsensical power structures. She has various projects in development (including with big names like director Tristram Shapeero).

You can watch the B2W livestream video replay HERE.

As you’ll see in the replay, we concentrated on those uncomfortable truths writers HAVE to face in order to break in. Below is a round-up of all the tips we covered together to help YOU break in … ready? Let’s go!

1) Think of your early scripts as your ‘apprenticeship’

Amanda is BANG ON (arf) when she says our very first scripts are not going to catapult us to fame and fortune. Yes, sometimes our first scripts have gold in … but this is frequently by accident rather than design. We need to learn and hone our craft in those early stories.

2) You HAVE to be on the same page

The industry is hard-going and often we are working with people for months and months for very low (or even no!) pay. We have to be on the same page as producers, agents, publishers etc or there’s just no point.

I love this one. I have seen SO MANY writers accept shitty deals simply to feel like they’ve been ‘picked’. Amanda is right when she says writers should not be afraid to walk away. There WILL be other opportunities to break in. 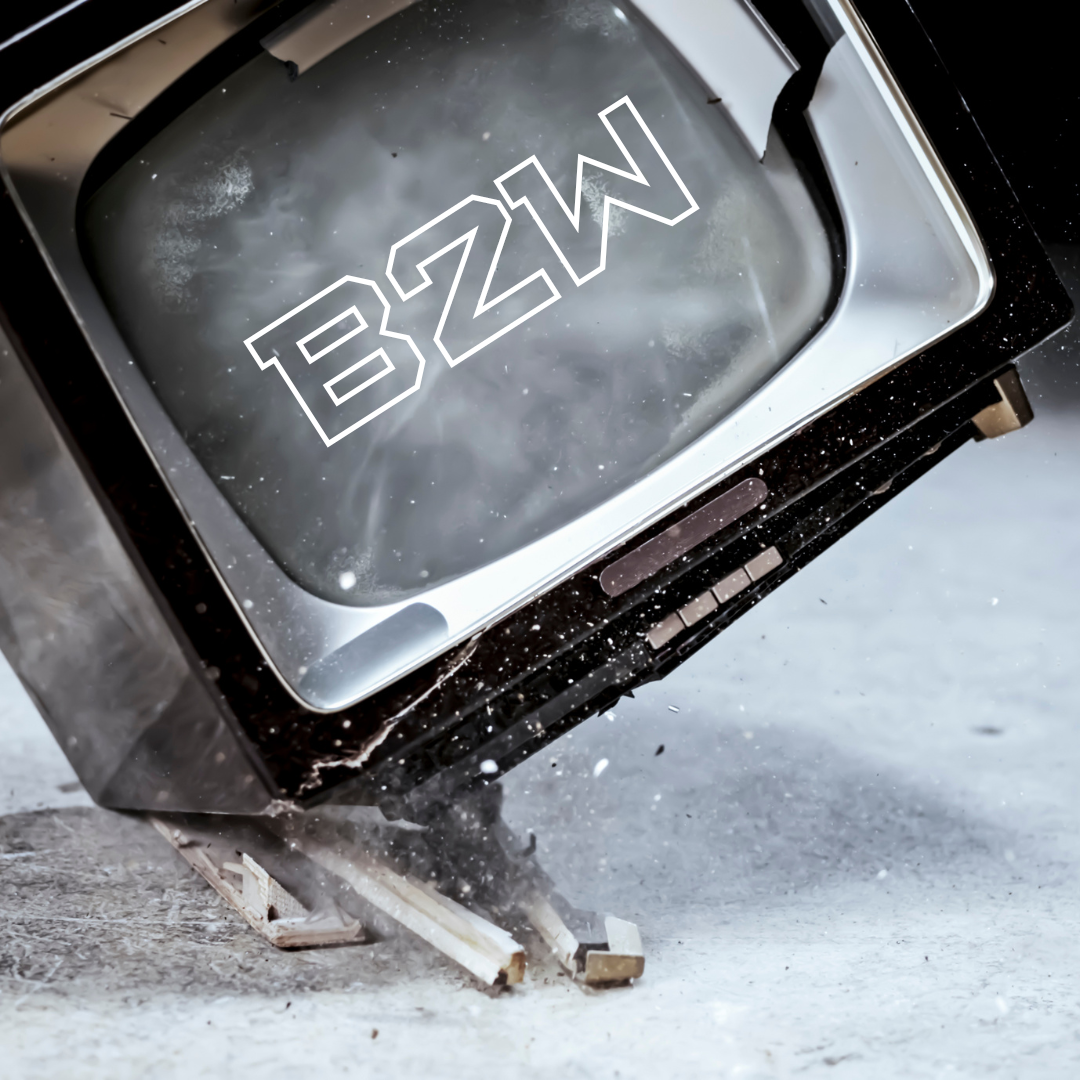 4) The more you write, the better you’ll get

No matter how great your current work in progress is, your next one will be even better. So will the one after that. Believe this and trust in your talent.

Amanda echoes here an uncomfortable truth that many writers refuse to believe. They’ll argue the toss, saying theirs is somehow the exception … Not realising that producers issue briefs and remits to readers like B2W on what they DON’T want!

So if a producer says to me ‘DO NOT send me scripts with children and animals’ and I send one anyway, guess what happens? I get fired and no one reads that script, however great it is. It’s too expensive, end of.

Amanda offers a BRILLIANT tip here – befriend and talk to production managers. They understand how budgets work; it is literally their job. They know what is too expensive and what is a good substitute. (Don’t know where to find production managers? Do a search on Linkedin. Sorted).

As Amanda says to those who refuse to believe this: ‘Good luck NOT selling your script!’ (If you want to learn more about what script readers look for on the page and how readers’ briefs work, CLICK HERE).

6) Don’t be precious about your work

A simple one, here. Obviously writers should not be doormats and roll over the moment there’s any conflict … But writers shouldn’t be at the other end of the pendulum swing either. Learn to pick your battles.

7) Exploit all existing mediums and platforms

We’re living in an age in which the big companies are exploiting every area of their IP (intellectual property). They don’t just make movies or TV shows about one character. Instead they create whole storyworlds and have characters branching off in different directs. Think about the likes of Marvel and Disney here: there’s not just the movies and comics, but multiple TV series from different characters’ POVs, novel tie-ins, podcasts, social media campaigns etc.

Obviously the average spec screenwriter can’t compete with such behemoths in terms of $$$£££. However we DO have access to lots of great technology and platforms, often free or at very low cost. We can …

And that’s just for starters! 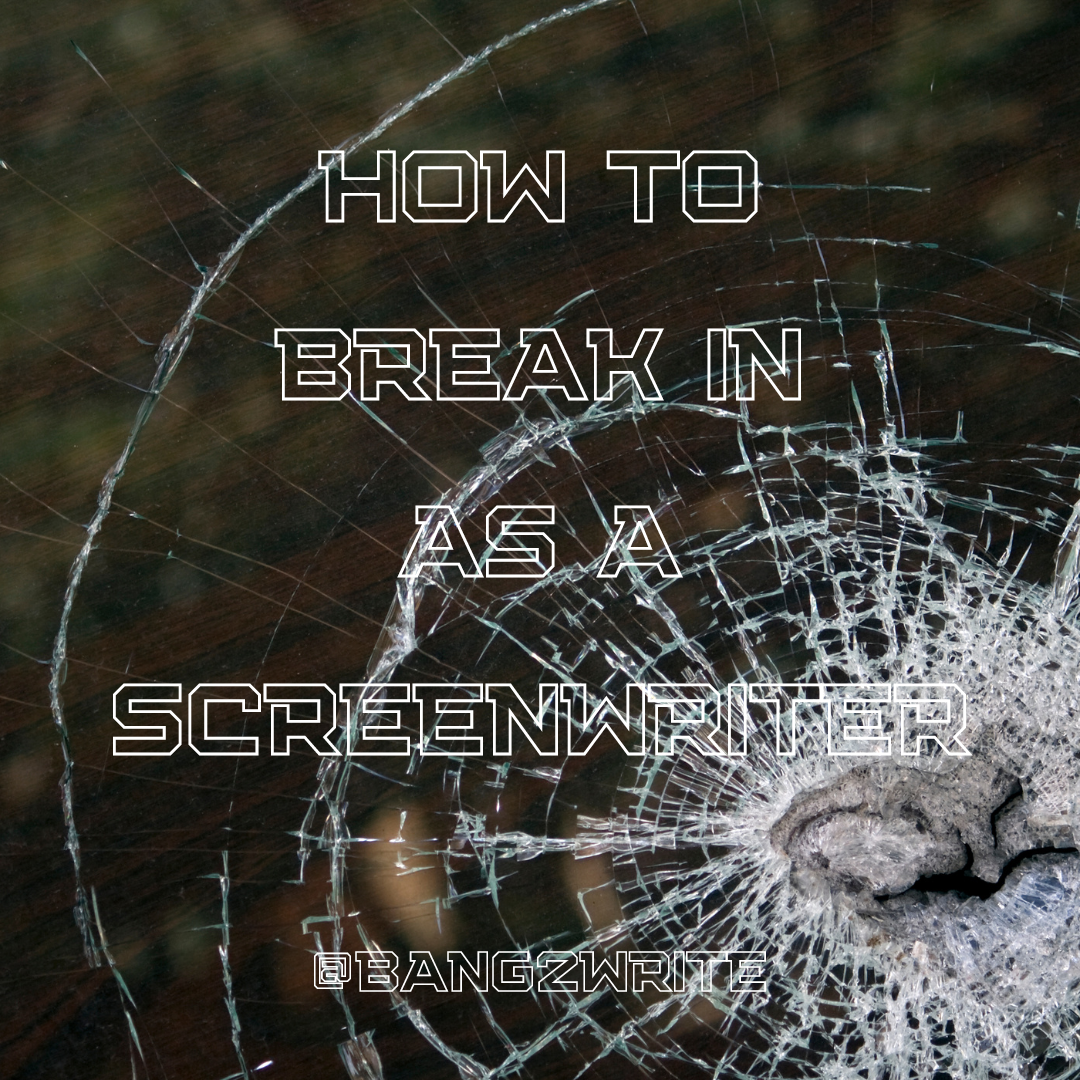 8) Short films are still a valid way in

I’ve been a script reader for twenty years now and A LOT has changed in the past two decades … but one thing has not: short film is STILL a valid way in to the industry. But Amanda is right when she says we mustn’t believe making short films is ‘easy’. IT IS NOT. Here’s 6 Steps to help you make your own short films.

Whilst point # 3 on this list is super-important, so are # 2 and # 6. Clashing heads with producers is only going to lead to one thing … YOU getting fired. Compromise in filmmaking is the lifeblood of the industry. Literally nothing gets made without it. Accept that and advance in your career … or shout into the void and stay where you are.

10) Make sure you do your homework

I’ve lost count of the number of times I have seen writers blow this. They get asked to a meeting or get chatting with someone online and screw up somehow.

Yet it’s easy in the online age to do your homework. PAY ATTENTION. Read the industry news and keep up-to-date. Know who everyone is. Don’t shoot yourself in the foot.

You only need one to break in. So stop obsessing over the rejections.

Don’t forget to watch the video replay of the B2W livestream with Amanda, HERE.

previous5 Uncomfortable Facts You Must Face If You Want Your Scripts Made
nextWriters Ask: What Does ‘Authenticity’ Really Mean, Anyway?