Hey Writers: Here’s Why You Haven’t Scored Representation Yet 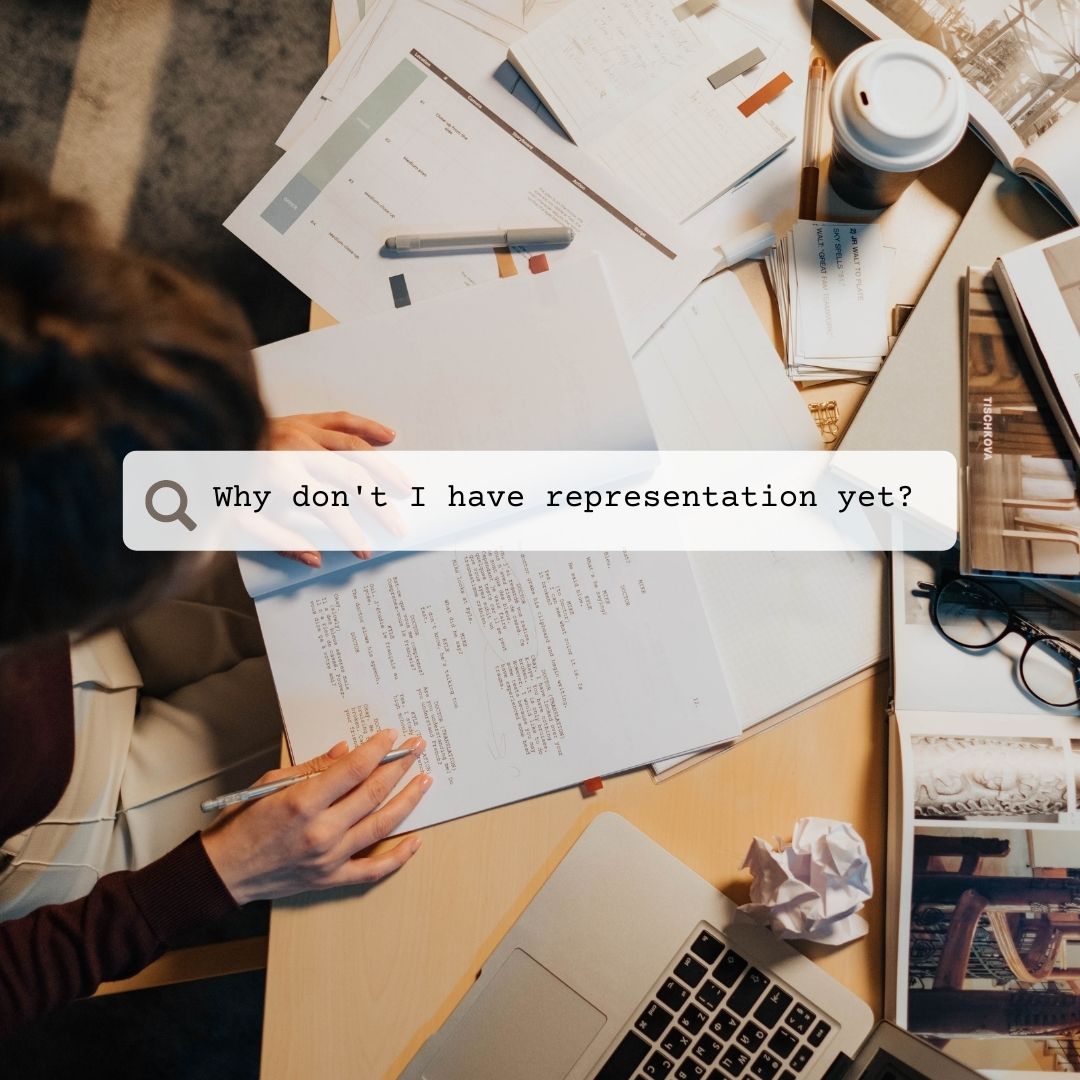 There’s something that’s #1 on most writers’ wishlist: representation. The search term ‘how to get an agent‘ brings hundreds, if not thousands of writers to this blog every single month.

It’s not difficult to see why. Gaining representation FEELS like the ultimate validation for a writer. After all, your screenplay or novel MUST be *good* if someone is willing to stand up and try and sell it, right?

It’s also arguably better to have representation than not … Even though B2W is the first to say not every writer needs an agent, having representation can mean certain doors are not closed to you. This is particularly obvious when we consider the dreaded ‘no unsolicited material’.

But maybe you’re finding gaining representation difficult. That’s understandable: most writers report having to make HUNDREDS of submissions before an agent takes them on.

I’ve spent a long time in the trenches making submissions AND on the other side of the desk too. So here’s B2w’s top reason you’re getting nowhere trying to score representation … Ready? Let’s go!

1) You’re throwing spaghetti at the wall

When I was mapping out B2W’s online course, Submissions Secrets, I asked the Bangers what their submissions strategy looked like. The vast majority went like this …

Eeek! This ‘stop and start’ method is not very effective. I call it ‘throwing spaghetti at the wall’ because it is so random. Sure it might work … but it will be by accident, rather than design.

When I queried the Bangers WHY they ‘liked the look of ‘ certain agents, most said they liked their tweets. Eeesh. Whilst it would be nice to be friends with your agent, their interests in stuff like genre, style, topics etc are MUCH more relevant.

2) You’re not following the submissions guidelines

I know … I know … ‘follow the submissions guidelines’ is super-obvious advice! But if that’s the case, why do so many writers NOT FOLLOW THE DANG SUBMISSIONS GUIDELINES???

Most submissions calls, script leads or agents’ sites will list what they want from you. If they don’t …

NOTHING ELSE. I am not even kidding. Nothing quirky or funny so they remember you. Don’t believe me? Here’s the late, great Carole Blake from Blake Friedmann with her own submission horror stories. 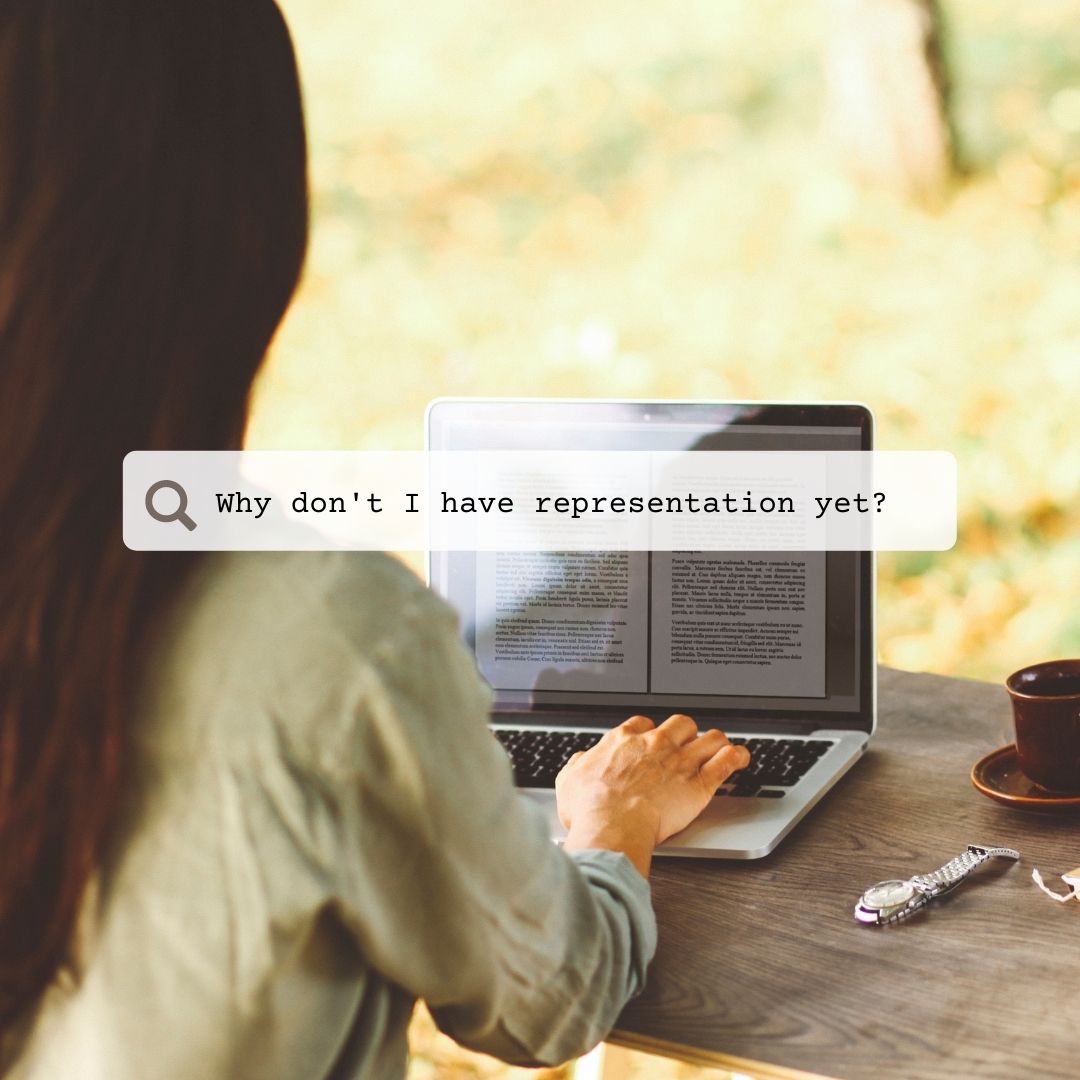 I am still haunted by a story I heard at London Book Fair yeeeeears ago. An agent was sifting through submissions and came across a manuscript she liked. She decided to do a little digging on the author and soon found him on Twitter.

The problem? The author slagged off agents in almost every tweet.

The result? The agent dropped that manuscript like it was hot. Why, she said, would she want to work with a writer like that? Life is quite simply too short!

So remember that cautionary tale. It’s not a good idea to slag off the very people you’re trying to attract. That is NOT how you score representation!

4) You’re sending the right stuff to the wrong people

But okay, let’s say you’re not as naive as the writer in point 3 … but you’re not out the woods yet.

You may have written the BEST piece of writing you can. You may have polished it to perfection. Great!

But are you sending it to the right people? How do you know? Too often writers look to agents they admire, but usually this means the agent is a veteran. The ‘bigger profile’ someone is, the less likely they are to take on new clients. Fact.

This is why it can really pay to look for new agents (sometimes called ‘associate agents’) or even agents’ assistants who are on their way up. This used to be very difficult, but thankfully social media can help with this. So get researching and creating those relationships!

5) You’re not giving them something they can SELL

Most writers want an agent in their corner and that’s fine … but often they place that validation at the heart of what they think agents do. This reveals a fundamental misunderstanding of what an agent DOES.

Agents SELL writers and their writing. That’s it.

It’s said that for every 5 books she send to editors, an agent will sell 3 of them. This means the agent will have 2 books she has invested her time in, yet gets no return on.

Most spec screenplays do not sell … they become ‘sample scripts’ the agent will send out to get the writer into TV writers’ rooms and other writer-for-hire assignments. Numbers aren’t available for this, but we can appreciate the odds are even worse for screenwriters.

So if you want an agent, go for it. But you need to get real and ensure you’re not shooting yourself in the foot. Check your approach, social media and/or target audience for your writing before you make submissions. It will save you a LOT of heartache and wasted time.

previousSelf-Publishing Should NEVER Be A Last Resort. Here’s Why
next10 Powerful Affirmations For Writers & How To Use Them