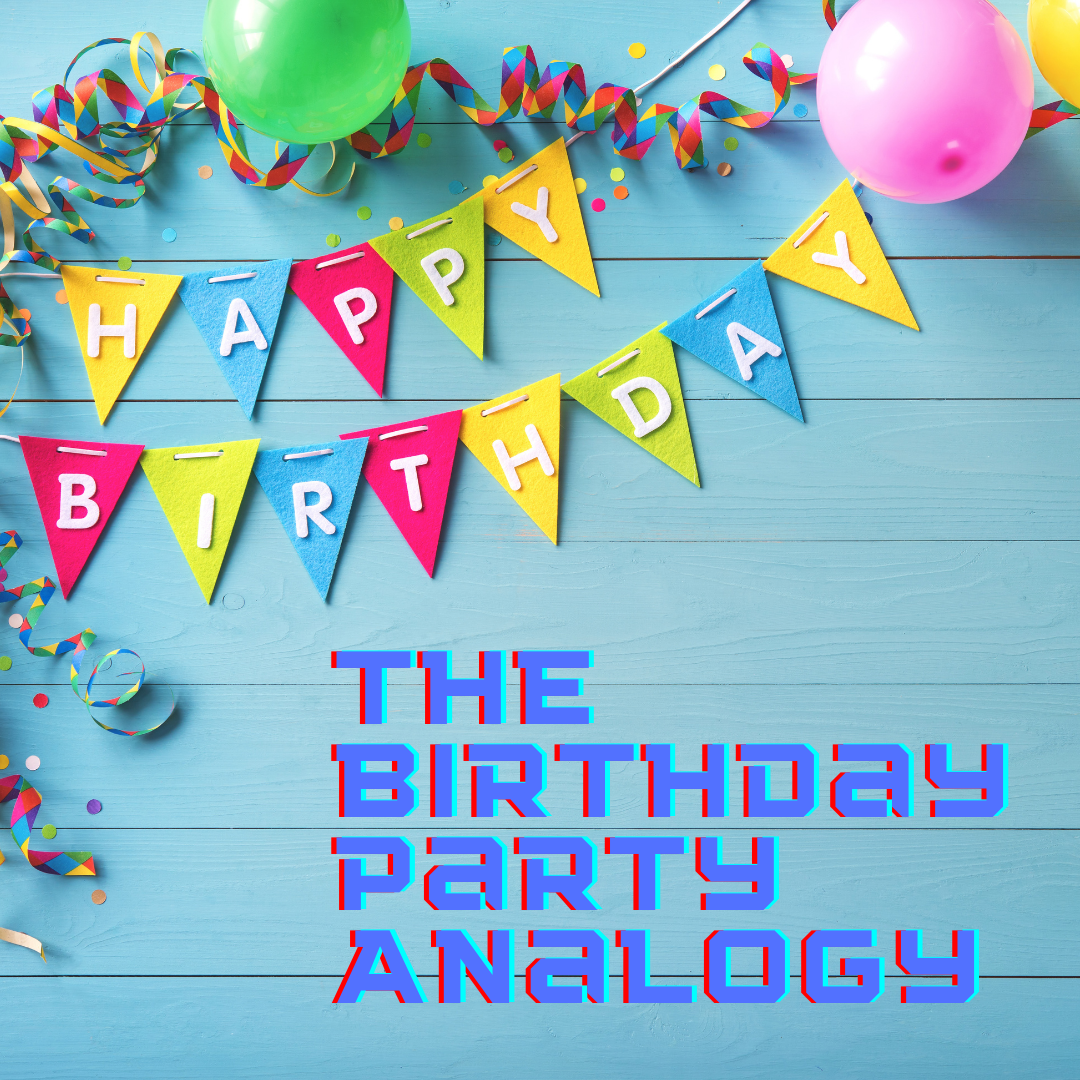 We’ve all been to a party where we don’t know anyone. We stand in the corner, feeling lost. Or where we are introduced to 27 people in 3 minutes and know we will never EVER remember who any of them are. It’s a horrible feeling, isn’t it …

… So why would you do that to your own readers? Why???

I have an analogy I use when thinking about how to start a script. I like to imagine that my audience/reader is someone I have invited to the birthday party of a friend of mine.

When they start reading, they are arriving at a party where they don’t know anyone at all. So how do I avoid being the worst host ever? How do I avoid them leaving after 10 minutes … Or even worse: just turning and bolting before they’re even really through the door?

So you invited someone to come to a birthday party where they don’t know that person. Okay. So, what’s the first thing someone wants to do?

That’s easy … They will want to find the birthday gal/guy and say “Happy Birthday, thanks for having me”!

That’s our protagonist. Introduce them early so the audience feels comfortable.

They also probably want to know WHY you’ve invited them (i.e., given them this script to read!) so be clear.

What sort of party is this? Being clear about tone and genre avoids someone feeling like they’re the only person who turned up at a garden party in fancy dress.

Occasionally you might have a totally crazy birthday party where people arrive in masks. They may want everyone to wander around a grand old building trying to work out what the hell is going on.

That’s okay, but BE AWARE that’s what you’re doing to them. Also be aware people will be much happier to be invited to that sort of party by David Lynch. (Rather than you, random writer they are yet to realise is a genius!).

But okay, they know why they’re there and who it’s all about. Phew! 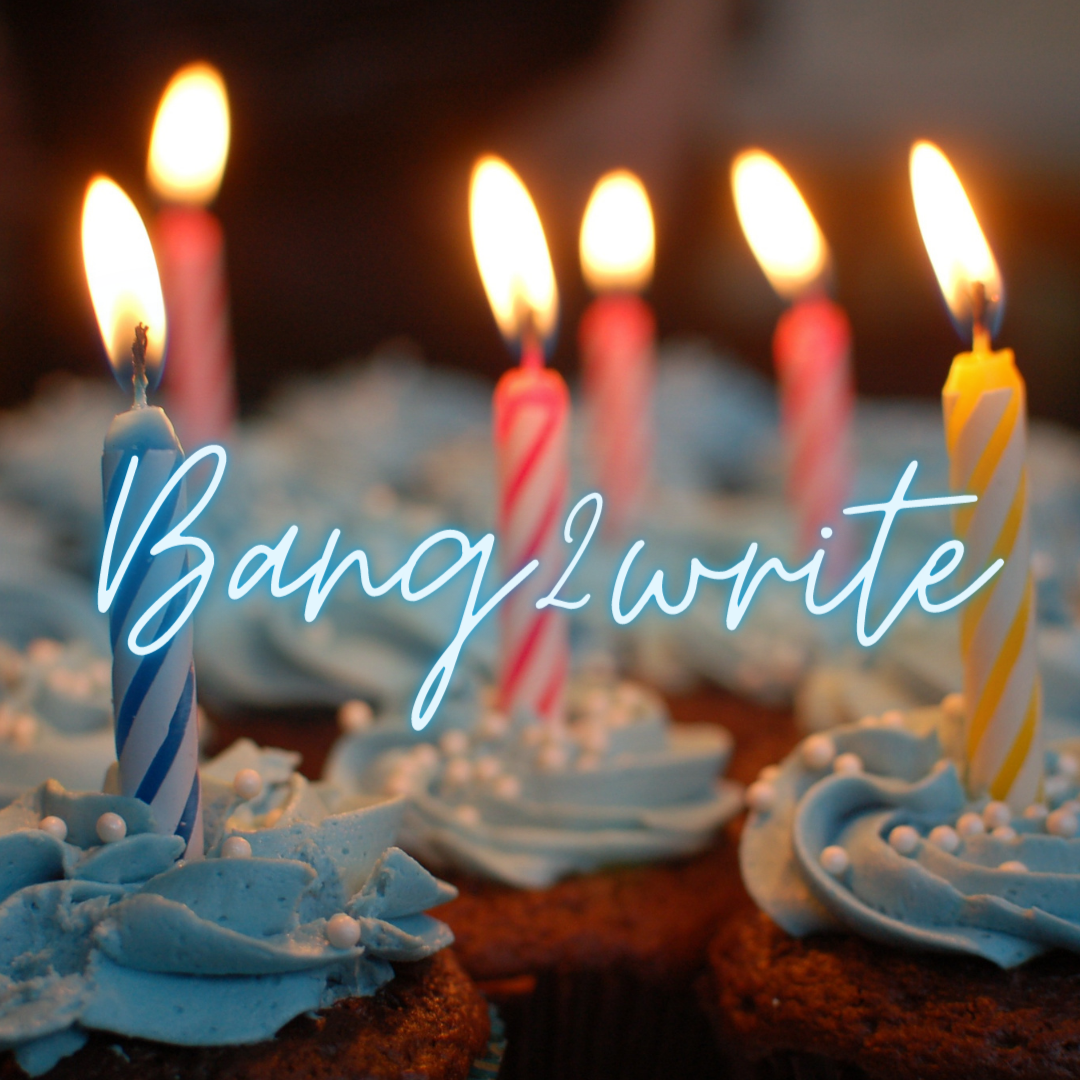 Don’t abandon your guest. Guide them gently into the party …

So, now what … Are you staying with the person whose birthday it is?  Maybe everyone is watching as they open presents and order drinks. This is where we learn more about them (aka your protagonist).

Or do you want to give them a tour of the space, let them know where the toilets, bar or buffet table is? (Storyworld).

Or do you want to introduce them to other people at this party? If so, it is often tempting to take them to a group of people and say “This is Mike, Steve, Rebecca, Sarah and Chloe”. We’ve all been to parties like this. You never ever remember those people. It’s too hard.

However, if someone took you JUST to Mike and said “This is Mike. He’s the birthday girl’s brother”, you might remember Mike.

Then along comes Steve. “Steve and Mike play Rugby together” another link.

“Rebecca owns the Rugby club where Steve and Mike play, and Sarah is her wife” and so on.

Suddenly you remember who they are.

(Hint: Ocean’s Eleven is a good reference script for introducing multiple characters where we need to care about all of them).

Keep coming back to your guest and their experience!

I like to keep this analogy in the back of my mind. I can use it to think “Wow. Page 20 and I haven’t shown them where the toilets are yet! Eek!”

More of the particulars is really important. If all your reader has done is spend hours watching your protagonist open gift after gift, you may want a rethink. Chances are they might need a wee – or to go to the bar!

Maybe you bought ALL the gifts for the protagonist and you can’t bear to drag yourself away. Doesn’t mean your guest wants to be a third wheel to the two of you all night. Get them mingling (i.e. introduce your secondary characters and subplots!).

So you were having a great time at a birthday party … but what if two hours everyone said “HAPPY NEW YEAR!” and started singing “Auld Lang Syne”?? You might well think “WTF”? and leave. You’d certainly be mighty confused.

So be consistent in your storytelling. Remember your reader accepted an invite to a birthday party. That’s what they’re expecting. Deliver!

We’ve all been to parties where you feel awkward and unsure. It’s a horrible feeling. Equally we’ve (hopefully!) all been somewhere new where the person who invited us helps us make sense it of it all. They hold our hand and guide us into the new environment and the people there … which means we have an AMAZING time.

So let your audience know you’ve got them and they are in safe hands. Then they can relax and you will be able to take them anywhere you want them to go!

previousAre You Suffering From Feedback Trauma?
nextCobra Kai: 5 Lessons In Turning A Movie Into A Great TV Series