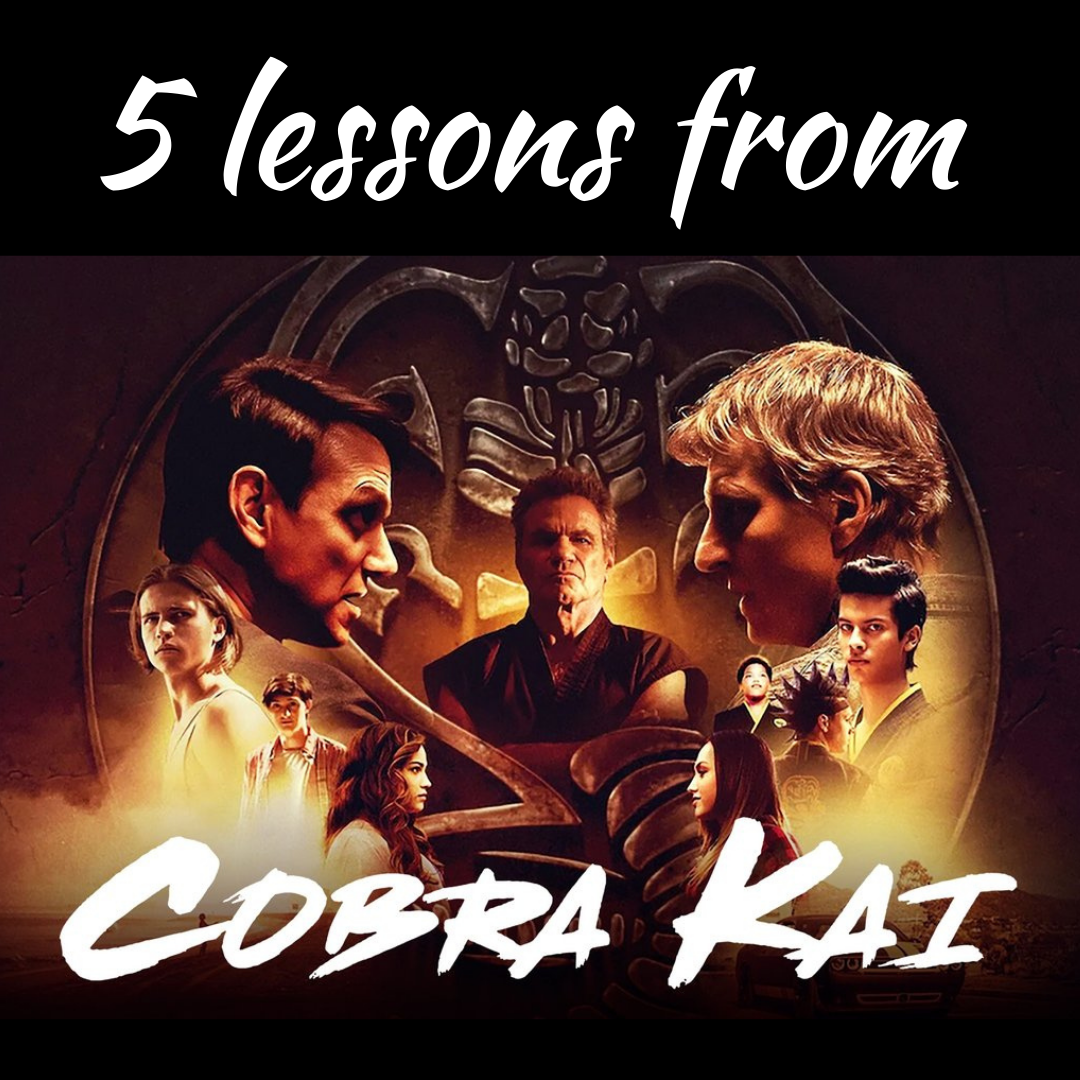 Everyone seems to be talking about Cobra Kai. Except for the scene of Mr. Miyagi catching a fly with his chopsticks and the iconic “Wax On, Wax Off” I never thought Karate Kid was a movie worth revisiting. The original movie of 1984 turned into a franchise of Karate Kid 2 (1986) & Karate Kid 3 (1989). A remake in 2010 was not proof it was worth reconsidering my verdict.

However, the last few months I kept hearing about how Cobra Kai is such a great series. Netflix kept popping it up as a suggestion for me. I decided to give it a chance.

Boy, was I in for a surprise … I binged on all four seasons in a week!!!

Over the years, there have been numerous attempts to capitalize on a film’s big-screen popularity with a TV adaptation. The television graveyard is overrun with the failed tries (My Big Fat Greek Family, Ferris Bueller, and Serpico for starters).

It’s rare for a TV show based on a movie to become a hit. But it has happened. In fact, film-to-TV adaptations aren’t just successful, they’re arguably iconic. M*A*S*H and Buffy the Vampire Slayer are good examples.

Pulling off a successful film to television adaptation is a tricky business. Buffy the Vampire Slayer and M*A*S*H*” are stellar examples of TV adaptations because they expanded and elevated their film origins.

The question we need to ask ourselves as writers

What is needed in order to turn a successful movie into a greater successful TV show … What did these successful shows have in common?

At the time of writing, Karate Kid’s IMDb rating is 7.3. All the others scored less, while Cobra Kai scores 8.6. I’m not saying IMDb is the ultimate benchmark for evaluating quality of a movie or show, but it’s a handy one. It supports the notion Cobra Kai outperforms the original movies.

Let’s see what we can learn from this example. 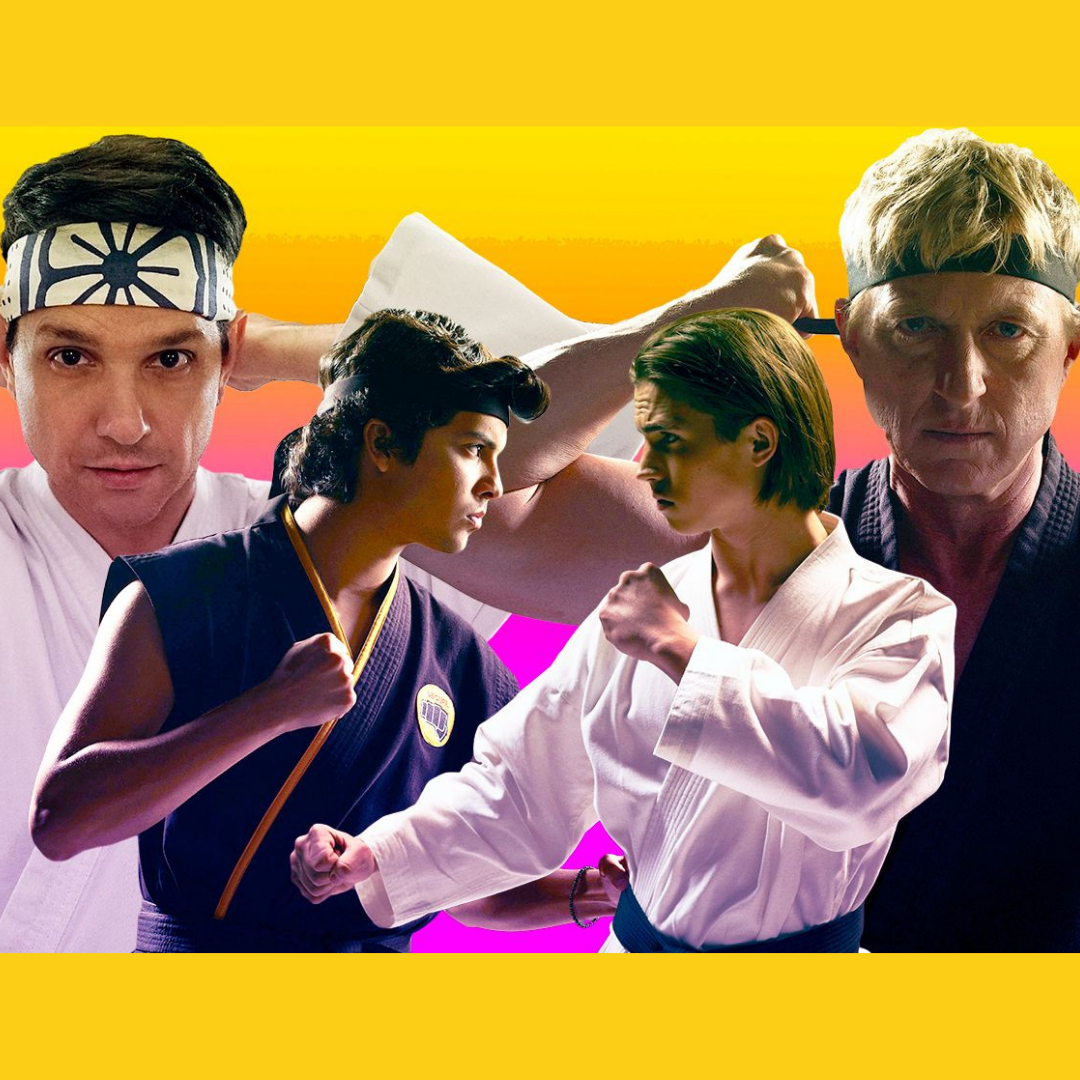 In Cobra Kai they took it one step further by using the same actors that portrayed those characters many years way back!

Main Lesson: Create continuity to the original material, which leads to immediate connection.

Surprise your audience. Make the show unlike anything they’ve seen or expect.

M*A*S*H tackled the dark humor of war in a way no other series had. It also brough to the mainstream one of the most honest depictions of wartime’s tragic realities. This ushered in what’s become the popular “dramedy” genre.

Buffy also broke new ground. Its unique melding of horror, action, comedy, and heartbreaking teenage drama set it in a class of its own when it premiered.

Cobra Kai does what audiences expect by revisiting the rivalry between Danny and Johnny (with Zabka and Macchio reprising their original roles) … BUT it smartly subverts viewers’ expectations by telling the story from Johnny’s point of view. It resonates with older audiences as it tells the story of how unpredictable life can be.

Main Lesson: Make sure you turn the tables on the audience’s expectations. This might be by creating a new genre or reversing the roles of the original storyline.

Following the above point, a good adaptation to TV will deal with issues that go deeper. In Cobra Kai we get to examine the effects of bullying and violence and how these traumas manifest in each of the characters.

Years later, we realize the bruises Danny and Johnny carry are more than skin deep.  Those traumas shape how they interact with each other and their loved ones.

With Johnny, we come to understand that his mistreatment of Danny was rooted in his own low self-esteem. He suffered neglect from his mother and from an emotionally abusive stepfather.

For Daniel, his lower middle-class upbringing motivated him. He wants to give his wife Amanda and their children the trappings of the upper class he never experienced as a child.

This makes the show more than only entertainment, it allows us to rethink on social issues and the effects that they have in our lives.

Main Lesson: Don’t be afraid to deal with social/ethic issues on a deeper level. 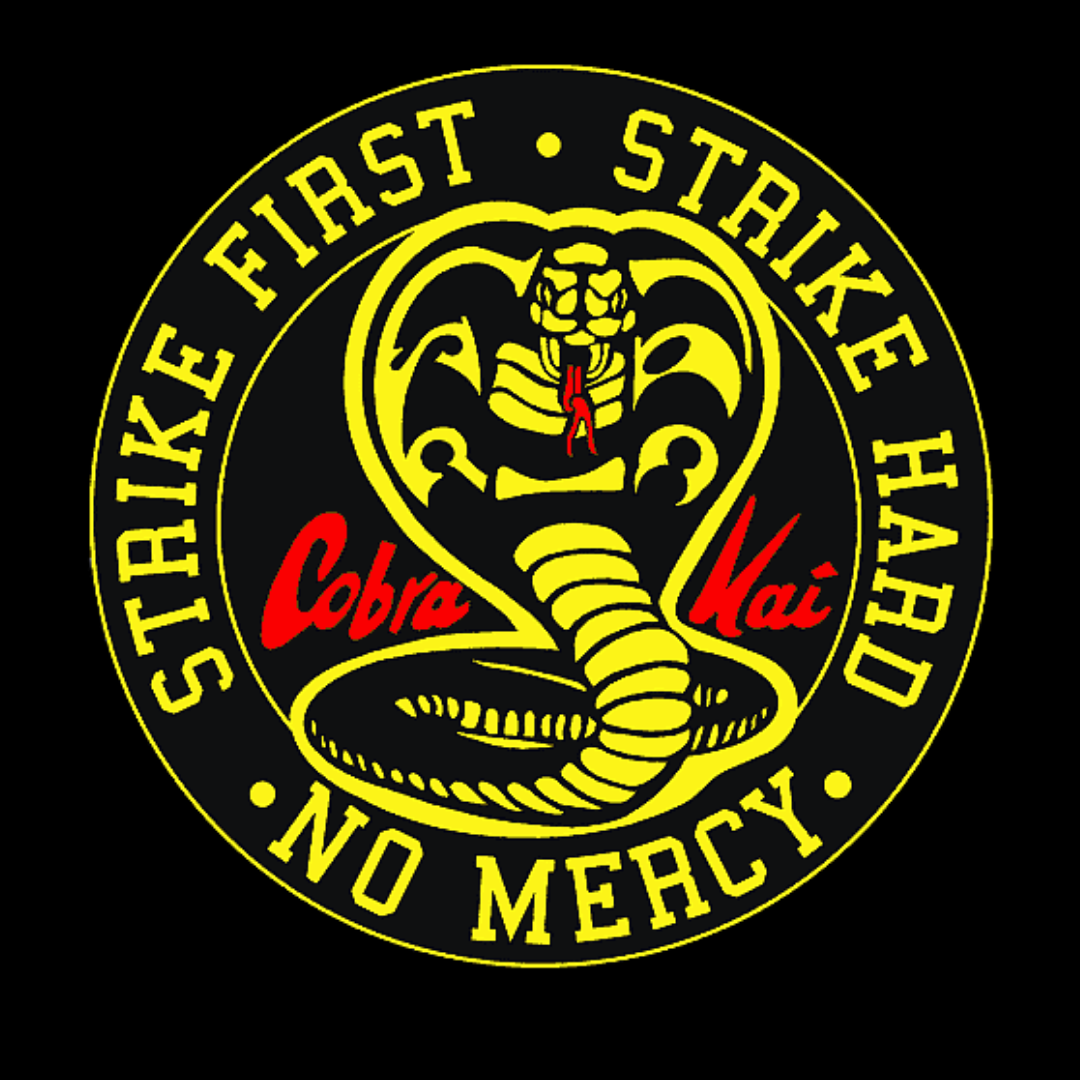 A good adaptation should also take in account the time period it is set into and the changes that have taken place. What Cobra Kai gets so right is the way women and girls are being portrayed.

In the original movie the only role for women was the typical  “Love Interest” (Elizabeth Shue). In contrast, Cobra Kai knows audiences nowadays prefer female characters to be portrayed with more variety.

Amanda, Daniel’s wife (Courtney Henggeler) is a powerful role. She is running his business and is the “voice of reason” in most cases … yet can be just as badass as any other Karate student.

The conflict between Sam and Tory that shows us that violence isn’t reserved for only boys. Female rage can be just as brutal and toxic.

Main Lesson:  Make sure your adaptation is updated and not frozen in time by trying to be “loyal” to the original movie.

Cobra Kai breaks the barrier between “Good Guys” and “Bad Guys”. Even the worst villains like John Kreese (Martin Kove) or Terry Silver (Thomas Ian Griffith) have a backstory that make us understand the reasons to their actions. It’s the new type of villains whereby we hate how they operate but we still understand why they do it.

Breaking the stereotypes is even sharper in how the conflict and rivalry between Daniel and Johnny is presented. Each try to defend their separate Karate styles and philosophies. Both appear as inflexible and rigid to the point of hurting the people they love and even themselves.

This leaves us, as an audience, wondering who really is the “Good Guy” and who is the “Bad Guy”? This makes Cobra Kai into a much more interesting show to watch than a clear-cut decision on those issues.

Main Lesson: Find how you can subvert stereotypes and discover new ways of presenting characters and issues.

Do you agree with my observation? What other points would you add to making a TV show better than an original successful movie? Share in the comments.

8 Steps To Analyse A Successful Story

25 Years Of Jurassic Park: What Can Writers Learn?

How Blade Runner 2049 Confuses All Its Critics

6 Important Writing Reminders From The Shape Of Water

How Wonder Woman Proves The Power Of Untold Stories

How IT Demonstrates The Enlightening Power Of Subtext

Why Paddington 2 Is The Best-Written Family Sequel, Ever

BIO: Vered Neta is a proof that you’re never too old to start something new. She says she already had three past lives in this lifetime. After 28 years of being a trainer and working with over 150,000 people all over the world, she started a new career as a screenwriter, author and script reader. She wrote 2 screenplays and a musical. These days she is working on a documentary and a novel based on one of her screenplays and have started a YouTube TV program called #GoodLifeRedefined. You can find more on website www.veredneta.com.

1 thought on “Cobra Kai: 5 Lessons In Turning A Movie Into A Great TV Series”

previousThe Birthday Party: A Genius Analogy To Help Writers Introduce Their Stories
nextJavier Grillo-Marxuach: ‘Lost Was NOT Purgatory’ (And Other Tales)