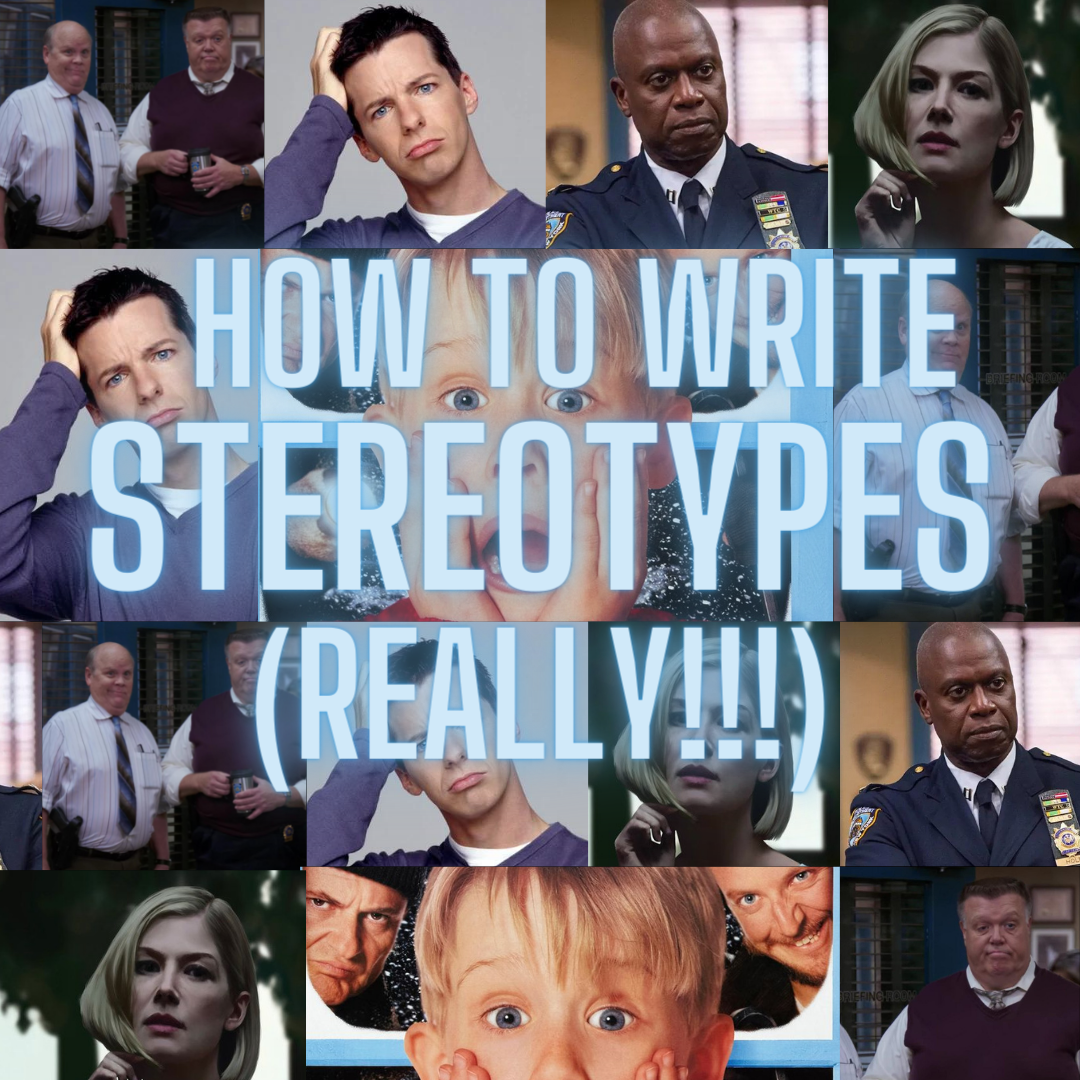 But what if I told you stereotypes are a writing TOOL like any other … it just depends how that tool is USED??? Really!!

Writers can use stereotypes whenever they want … as long as it’s ON PURPOSE, not by accident.

But what does ‘on purpose’ mean? Check out the below and pass it on to your writer friends and followers. Let’s go! First up, the obvious. Comedy has used stereotypes for laughs since time immemorial. Whilst archetypal characters may be more popular with modern audiences, that doesn’t mean stereotypes in comedy are automatically bad.

Let’s consider a classic stereotypical character like Jack in Will & Grace.

Flamboyant, self-obsessed and vain, on surface level Jack is the ‘classic’ expectation society has of a gay man. He’s also white, camp, has boyish good looks, acts, loves animals and has the obligatory ‘fag hag’ on his arm, Karen.

First up, I want to note there’s nothing wrong or inauthentic with the above. Whilst gay characters like him might be overrepresented on TV and in movies, most of us will have met gay men like Jack in real life.

There may be some more traditionally masculine, nuanced portrayals of gay men in the media as well nowadays, that doesn’t mean Jack is ‘unrealistic’. Guys like him literally exist. But it’s also important to note everything I’ve just listed about Jack is NOT where his characterisation ends.

Jack is a compelling character because he does whatever he wants in a completely unapologetic way. This means he offers the archetypal mentor function in the show, especially to Will (who is more inclined to struggle with his sexuality, work, or life in general).

This is particularly powerful when we consider gay characters at the time Will & Grace first came out were expected to hide who they were (or feel shame or stigma if they didn’t). The show literally helped normalise gay characters and that was in no small part down to Jack’s joyful refusal to bow to what others think.

When Will & Grace was rebooted in 2017, it would have been a massive misstep to change this aspect of Jack’s character. For one thing, it would disrespect that legacy I just described. It’s also what we expect from him. They did make some changes in keeping with modern tastes though … Jack is settling down and getting married, for example (not even legally possible the first time).  But overall they stuck to those core elements, ie. because Jack is vain, he finds getting older difficult to admit.

In other words then, Jack is NOT just a stereotype. He may play to type for LAUGHS but there is more to him than what we see on the surface.

TAKEAWAY: If you want to write stereotypical characters for comedic effect, there’s absolutely nothing wrong with this … just give them an added extra to make them compelling and add authenticity. MORE: What Writers Can Learn From 5 Unusual Male Characters Sometimes writers use stereotypes to create a contrast between their archetypal and stereotypical characters. Frequently this will be for laughs too (though it doesn’t have to be).

Consider a modern sitcom like Brooklyn 99. The characters here are archetypal in that each performs a specific role in the squad such as hero, villain, love interest, best friend, mentor, outlaw, sage, care-giver etc. What’s particularly interesting about B99 is these roles may move around between the characters episode to episode.

Though it’s a sitcom (and thus comedic), there’s two wholly stereotypical characters on the squad whose job is ONLY comic relief … Hitchcock and Scully.

Both Hitchcock and Scully represent the ‘old school’ of police. They have coasted by, doing as little as possible. They’re incompetent, gross and out-of-touch, more concerned about lunch than catching bad guys. When they do good work, it’s often by accident. They often say or do things that disgust the rest of the squad.

TAKEAWAY: Stereotypical behaviour can drive conflict with other characters. Sticking with Brooklyn 99, let’s consider more how stereotypes can create contrast and add nuance within characters. As with Jack in Will & Grace, we can see a mix of attributes in Captain Holt’s characterisation too …

So whilst Captain Holt is NOT what we expect, he has moments where he ‘defaults’ – especially times of stress.

TAKEAWAY: Archetypal characters CAN have momentary lapses of stereotypical or expected behaviour. MORE: 5 Simple Gender Flips To Freshen Up Your Story

4) To make a point or unexpected twist 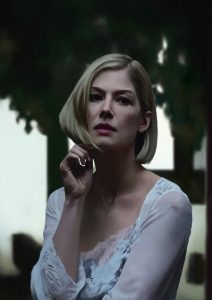 Subverting audience and reader expectations is a key element of ALL genres. Whether we’re writing comedy, horror, drama, thriller, romance, literary fiction or something else, we want to provide a story that feels fresh.

We can play with stereotypes to do this. We might set up a marginalised character in a stereotypical way at first, so we can reveal they are not remotely like society’s unfair assumptions or expectations. Our main character may act as a ‘stand in’ for the audience and have those unfair assumptions or expectations in the story and have to be educated. This is particularly obvious in young adult novels.

Alternatively, we might present a character in such a way to make them seem ‘harmless’ or innocent, when really they’re the one Behind It All. Female antagonists and antiheroes have become more widespread in recent years, thanks to what many call ‘The Gone Girl Effect’. In that book and movie, Amy Dunne takes advantage of societal misogyny in order to frame her husband Nick for ‘murdering’ her as revenge for his extramarital affair.

TAKEAWAY: Writers may use stereotypes to their advantage, but so might their characters! MORE: Top 10 Badass Female Antiheroines You Need To Know 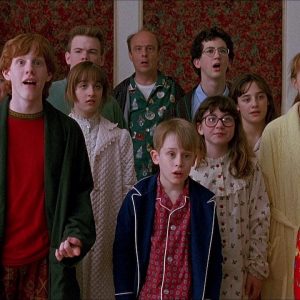 A peripheral character is NOT a main character. Instead it’s a ‘walk on’ part, or cameo role.

As you can see, all of the above are immediately recognisable. It’s also very clear how they might impact the PLOT for the main characters.

I did a structural breakdown of the first act in Home Alone recently. There’s a LOT of peripheral characters in this movie. Yet in Act 1 only two peripherals directly impact the plot for the main characters … ie. they help CAUSE Kevin to get left ‘home alone’. Can you remember who they are? CLICK HERE to find out.

TAKEAWAY: Peripheral characters are plot devices at root level rather than ‘real’ characters, so must have some kind of impact on the plot.

CLICK HERE or on any of the pics in this article to enrol.