How To Write A Protagonist Who Is A Total Asshole 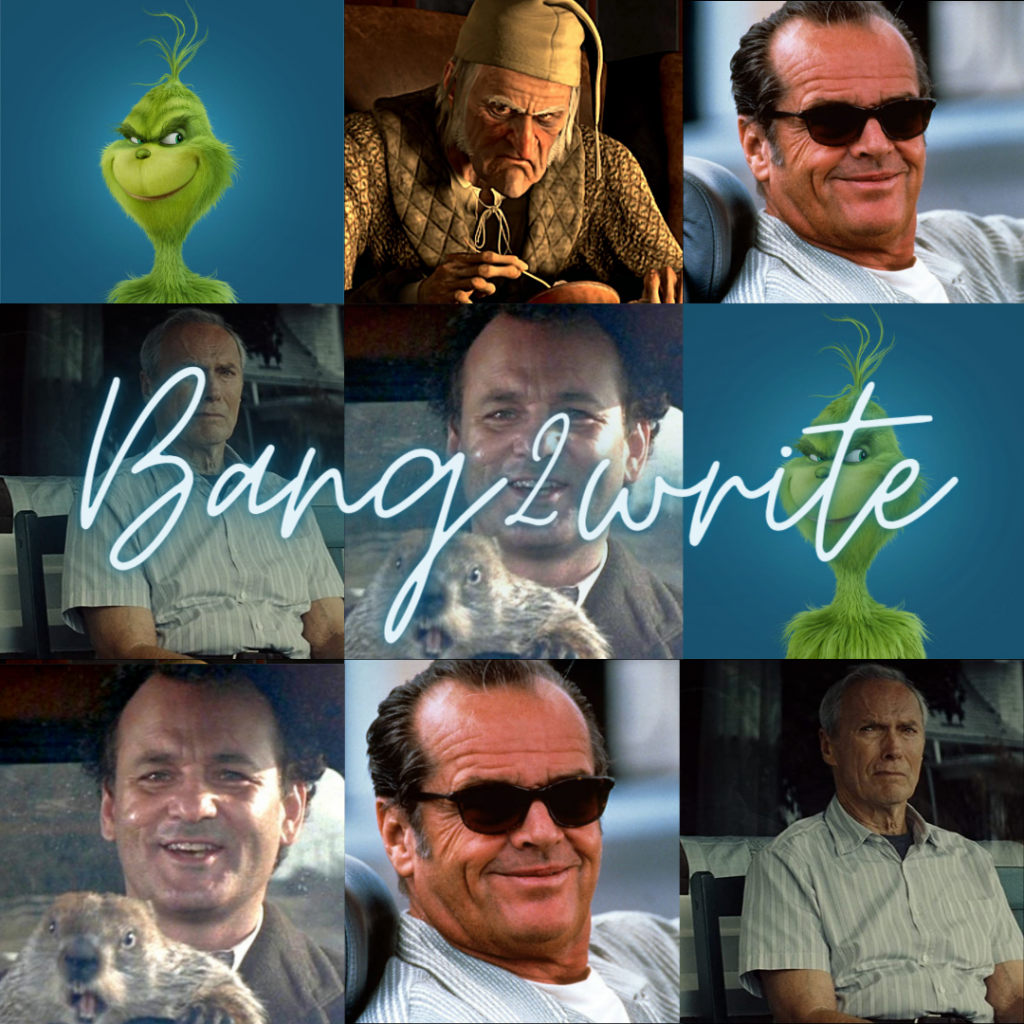 So, you want to write a protagonist for your screenplay or novel that is a total asshole. There’s nothing wrong with doing this … but first, let’s identify what actually makes up an asshole protagonist.

I’d first say an asshole character is NOT an antihero. As we know, antiheroes are in demand in the 2020s, both for male and female protagonists.

An antihero is defined in the dictionary as simply ‘lacking traditional heroic attributes’. What this means is left open to interpretation. That said, since The Hero’s Journey is still super-popular, we can assume those traditional attributes are stuff like sacrifice, duty, helping others, courage, selflessness.

As we also know, we may still be empathetic towards antiheroes. We don’t condone their behaviour, even if we are entranced by it. They may be manipulators, murderers, abusers, drug dealers, arsonists or even worse.

We also invest in the antihero’s journey and may understand HOW they got there, too. There’s often a level of tragedy to antiheroes. They’re highly reactive characters, at the mercy of what came before them. Iconic shows like Sons of Anarchy and its spin-off Mayans M.C are classic examples of this.

In contrast to the antihero, I would say an asshole character is a misanthrope.

As you can see from the dictionary definition below, misanthropes hate humans and society. Traditionally they’re often outsiders too, hence a misanthrope’s association with words like ‘recluse’.

So, What’s an Asshole Character?

With all this in mind then, let’s agree an asshole character is most likely a protagonist who …

Examples of classic asshole characters include Scrooge, The Grinch, Phil the Weatherman (Groundhog Day), Melvyn Udall (As Good As It Gets) and Walt Kowalski (Gran Torino).

That’s right … as ever, most of these type of characters are MALE! (An opportunity, maybe!).

It’s also not an accident the vast majority of protagonists who are total assholes appear in COMEDY and/or kids’ stories. Often these type of characters are to teach lessons or spread specific messages, ie. tolerance.

Often Bang2writers will ask me about protagonists like this, worried the character’s general assholery means people will be offended by their book or screenplay.

After all, if a story is from the protagonist’s POV, doesn’t such misanthropy seem like the writer is dunking on EVERYTHING and EVERYONE??? (Otherwise why wouldn’t they make this character the antagonist??).

‘Don’t Blame Me, Blame The Character’

In times gone by, writers would simply say: ‘Don’t blame me for what my characters say and do.’ People generally accepted this, believing generally that authors were not automatically their writing.

This has flipped in recent times. Nowadays writers talk a lot about their ‘voice’ and how they DO put themselves in their stories. Some readers and viewers also believe this absolutely, saying various story choices ‘reveal’ the writer behind it.

Whether this is true or not, some uncomfortable facts remain …

The internet means we’re all viewing stories now like our English Teachers back in school wanted us too, as standard … This means a misanthropic character may be met with confusion, or even suspicion: WTAF is the writer trying to SAY here?

As a result, there’s an added pressure on writers to ‘prove’ they’re NOT assholes like their characters! But how to do this? 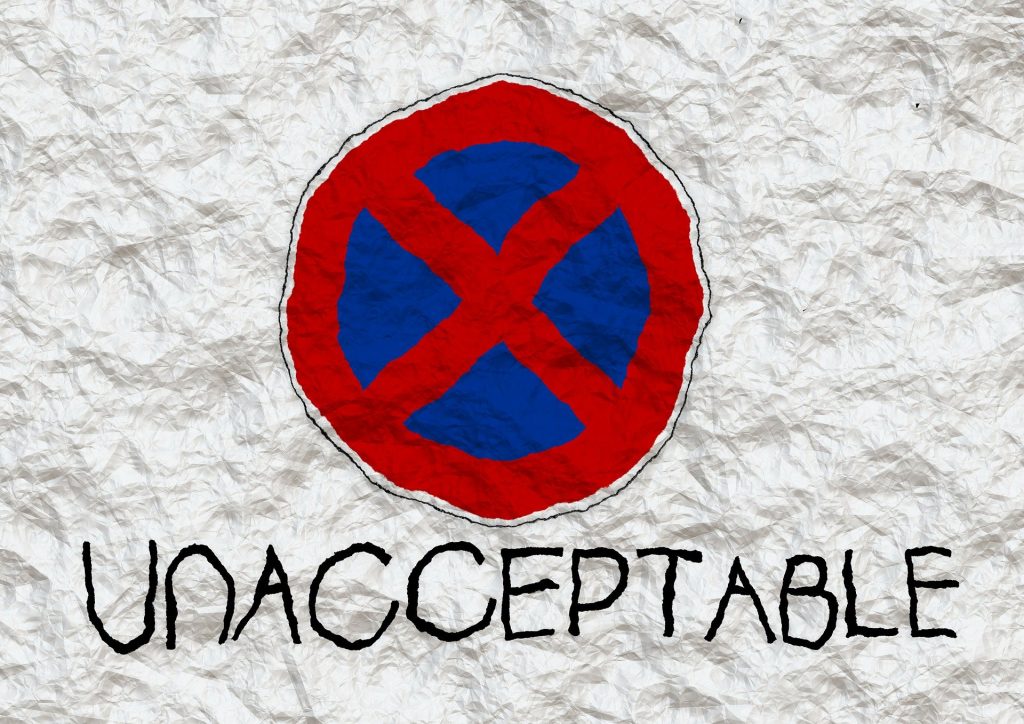 How To Write Assholes

i) Give Them A Redemption Arc

This is the most common way: make your misanthrope realise s/he has been a total jerk! This redemption arc usually means confronting your asshole protagonist with their mistakes somehow. Scrooge and Phil The Weatherman have to grapple with this, learning in the course of one night or day how to be ‘better people’.

ii) Surround Them With Lovely People

In the recent adaptation of The Grinch starring Benedict Cumberbatch, there was a significant change from the Jim Carrey version … The Hoos are nice to The Grinch, no matter what! (This is a huge contrast to the Carrey version, where you can’t blame him for retreating to the mountains).

So, no matter what The Grinch says or does, the Hoos meet him with understanding and compassion. As a result, we realise The Grinch is the misanthrope and ‘needs’ to pull himself together (which of course he does).

iii) Provide A ‘Voice of Reason’ or Long-Suffering Friend

But okay, your misanthrope lives in an equally misanthropic world … and maybe you don’t necessarily want them to transform via a redemption arc. I get it: characterisation DOESN’T have to always be about change.

So pick ONE secondary character who always pushes back against your misanthrope, ie.

PROTAGONIST: Gawd, people are the worst.

SECONDARY: All of them … Are you sure?

PROTAGONIST: What do you mean, am I sure … I’ve never been surer when I say ‘people are the worst’. I just said it, didn’t I??

SECONDARY: Okay, what about me.

PROTAGONIST: What about you??

SECONDARY: I’ve been your friend since school. I’ve lent you money, helped you out, stood by you, no matter what … That’s got to count for something?

PROTAGONIST: Hell no, you’re the worst of the lot asking for a bloody pat on the back when I’ve been trying to get rid of you for years!

A misanthropic character can be a lot of fun, especially for comedic effect and/or to teach a lesson. But if you don’t want to cause offence, readers and viewers need to be sure it’s the protagonist who is the asshole, not YOU the writer.