5 Lies Writers Torture Themselves With About Their Projects 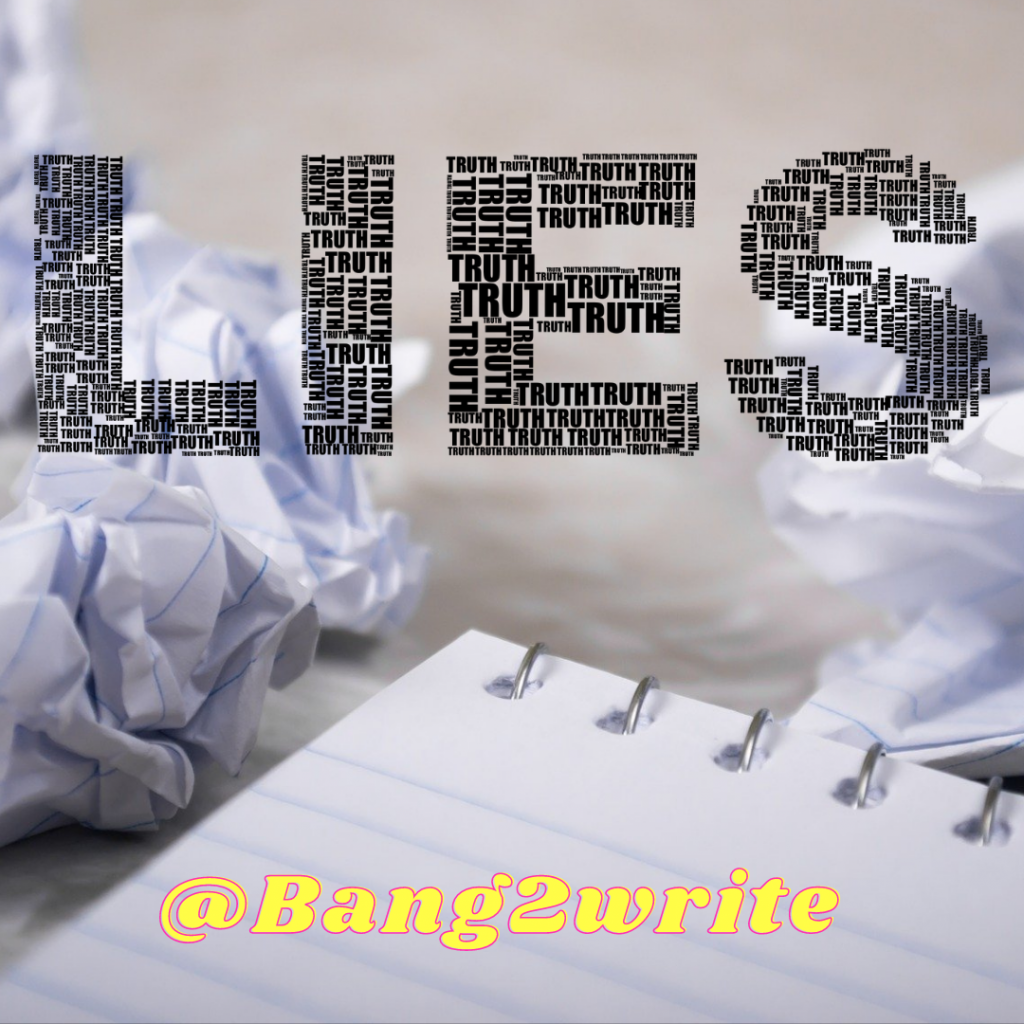 Do you torture yourself as a writer? If you do, you’re not alone. Working with writers, I hear about all kinds of worries and insecurities they have on a DAILY basis. Hell, sometimes hourly!

First things first, absolutely NO ONE is stopping anyone from writing whatever they want. Thanks to the constant wailing online about ‘freedom of speech’ and ‘cancel culture’, this lie seems to be EVERYWHERE at the moment.

Here are the facts: writing is a democratic process. This means absolutely anyone can pick up a pen or open their laptop and start. Fill your boots. No one can stop you.

However, once that story becomes PUBLIC, you can’t control others’ RESPONSES.

These responses may be justified or they may be unfair. It may be a case of personal preference / interpretation, or you may have screwed up somehow by including stereotypes or toxic tropes.

Angry responses, justifiable or not, is not ‘proof’ writers are being censored more now than at any other time in history.

Fact is, stories have caused controversy and pushback at every single moment in history … We just hear more direct from readers and viewers thanks to social media, that’s all.

Many writers feel the torture of a life where they’re desperate to write, yet have ‘no time’. In lots of cases, this is partially true.

If you have a day job or kids and/or other commitments, then your schedule gets squeezed to hell.

Similarly, if your partner or other loved ones are not supportive of your writing, it can fall by the wayside too.

Other writers have other significant challenges, such as illness or disability. This may also impact your time to write.

Hell, you may have a combo or ALL the above!

This is why B2W is an advocate of making use of even the tiniest of time increments. If you don’t have a couple of hours to devote to your project? That’s okay. Instead …

Work out how much time you DO have. Be super-specific. Most of us can spare 5-20 minutes. Work out what you can lose to make this happen (ie.  no more doom-scrolling on Facebook! Don’t re-watch that episode of The Simpsons you’ve seen a million times, etc).

Don’t sit at the computer and torture yourself with a blank screen. Instead do your writing on the go. I did it this way for years … I’d write blog posts on my phone, or write chunks of my books with a notebook and pen. I had no childcare so would do this while my kids were playing in the park.

Put simply … work out HOW to get writing into your schedule and it will get done. So what if it’s slower than you like?  Better to write something than nothing. MORE: It Is NEVER Too Late To Start Writing Your Masterpiece 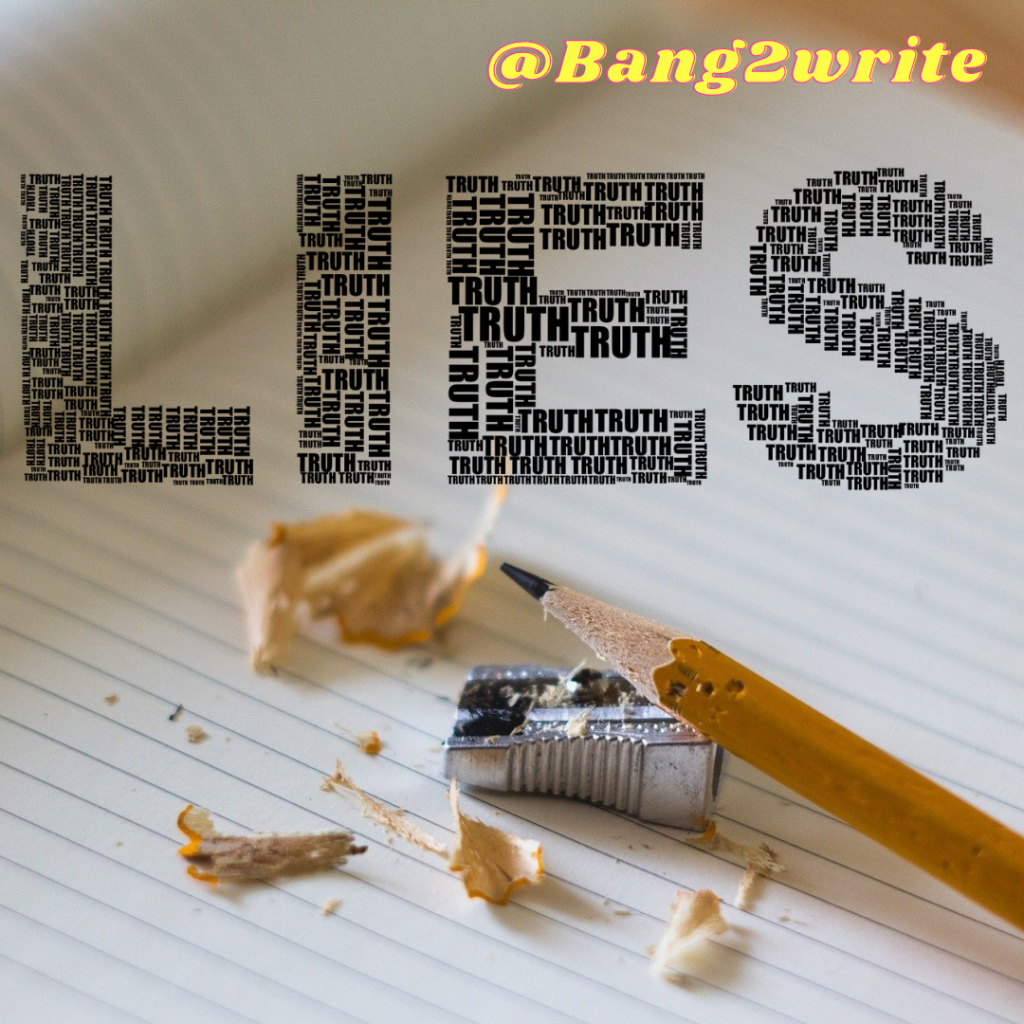 The lie these writers will torture themselves with is the idea Twitter etc will automatically yell at them if they attempt this. This in turn leads them to becoming SCARED of writing the character that way. Some may even give up and write the character the ‘default’ way (whatever that is).

But here is the truth … if you do your research properly? People will rally behind your diverse character. This includes people from that community you have attempted to represent. Really!

But how do you know you’re researched ‘properly’?

Well, I have written lots of ‘diverse’ characters now because I believe I should do what B2W preaches. I know I tend to research ‘properly’ because people from the communities I have attempted to represent in my storytelling have quite literally told me.

Proof of the pudding is in the eating

As with number 1 on this list, you need to listen to what others have to say. Most recently, a particular page from a book of mine has turned up in my inbox multiple times.

It’s from my most recent novel The Coven. It references the meeting between my protagonist Adelita, a Latina woman and my male lead, a white guy called Ethan … 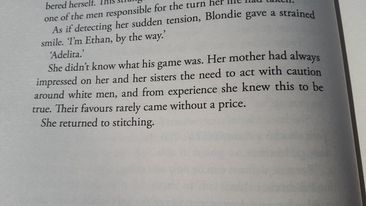 For anyone who doesn’t know, I am white. Whilst I have had my own issues with men over the years, I’d never had the experience referenced here. However, because I have talked to lots of women of colour, they have raised this issue – ‘(white men’s) favours rarely come without a price‘ – multiple times.

I’ve also heard lots of reasons floated for this, from the classic (sometimes literal) notion of the ‘white knight’ and chivalry, through to feelings of superiority thanks to white supremacy and ‘white man’s burden‘.

Whatever the case, I thought it was interesting and felt it would be authentic to include it. I never imagined a single sentence would cause so many people to contact me … Not only women of colour either, but men too! Messages have ranged from ‘this is so true’ right through to ‘how do you know this?? Intrigued about your process!’

I don’t share this to ask for pats on the back, or prove how ‘woke’ I am by the way. (Frankly being authentic is the least writers can do, imho). It is just to demonstrate how easy it is to research!

So, TALK TO PEOPLE. Read tweets, articles, threads etc from people in the community you want to represent. Notice patterns. Research those patterns and find out why they exist. That’s it.

Don’t be afraid … just do your research.

It’s also important to remember ‘perfection’ is unattainable and undesirable. Our attempts at authenticity or emotional truth may not land with everyone from that community. Hell, we may still get it ‘wrong’, whatever that means (justified or not). But all we can do is our due diligence to the best of our ability. Also, don’t forget sensitivity readers can help too.

4) ‘My ideas are being stolen’

NEWSFLASH: ideas cannot be copyrighted, which means your idea can’t be stolen by law. This is actually a good thing … if ideas were copyrighted, then story and character tropes and genre conventions would be SUPER limited. There could only be one vampire story, one science fiction world, one mythical land etc.

You get the picture: writers would be screwed.

Also, newer writers are overly paranoid about this, usually because they don’t know how the industry works. Fact is, it’s far, far easier and more profitable to pay money for a draft, fire the original writer and get someone to rewrite it. In an industry based on relationships, why would a producer or publisher risk their reputations as standard?

Similarly, writers don’t always understand how long development processes are. They may believe their idea has been ‘stolen’ because they sent a draft in … and two or three months later a project comes out with that idea in it. Yet that project with the allegedly ‘stolen’ idea is likely to have been in development for a year or more. This isn’t even including the time it took to edit it, type-set it (novels) or film it (screenwriting). In short, every piece of published or produced works takes A LONG TIME.

Writers may also point to famous ‘cases’ where producers or publishers settled out of court as ‘evidence’. Whether said case is true or not will be shrouded in secrecy, so it’s impossible for the outsider to tell whether a case is credible.

It could be someone stole something OR it could be just as likely that plaintiff was paid money to go away. Wherever there are potential pots of money to be had, lawyers are sure to follow. This doesn’t mean those legal cases are automatically noble, though. Don’t forget that if you have something worth STEALING then people will BUY it!

5) ‘My writing is not good enough’

Years ago, I felt tortured about this too. I would constantly second-guess myself about the quality of my work. Was it written ‘well enough’?

I thought it would help if I learned everything I could about the craft. This helped in the sense I became more confident about my craft tools … but I would still torture myself by thinking about iconic writers and how I stacked up in comparison.

Then I had an encounter that stopped me in my tracks. Someone asked me what I was working on, so I replied and told them. As I finished I said, ‘… BUT I don’t know if it’s good enough’, just like so many writers do.

The other person just smiled and said, ‘It’s not up to you to decide’.

This BLEW MY MIND. Of course it’s not up to me … All I can do is provide a story to the best of my ability. It’s up to my target audience to decide whether it’s ‘good enough’ or not!

Years on and I remind myself of this advice all the time. Sure, I get bad reviews from time to time; every writer does. Yet the vast majority of my reviews are positive (again, like most writers). Every piece of writing has its fans, there’s quite literally something for everyone.

So if you feel tortured by this lie too, remember that it’s not up to you decide if your story is ‘good enough’! MORE: 7 Ways To Beat Self Sabotage As A Writer

Good luck (and don’t torture yourself)!

previousHow To Be A Wordsmith: 6 Writers Offer Their Top Tips
nextHow To Build Your Self-Esteem As A Writer: 5 Top Tips