The Mindy Project: 10 Top Tips So You Can Be Just Like Ms. Kaling 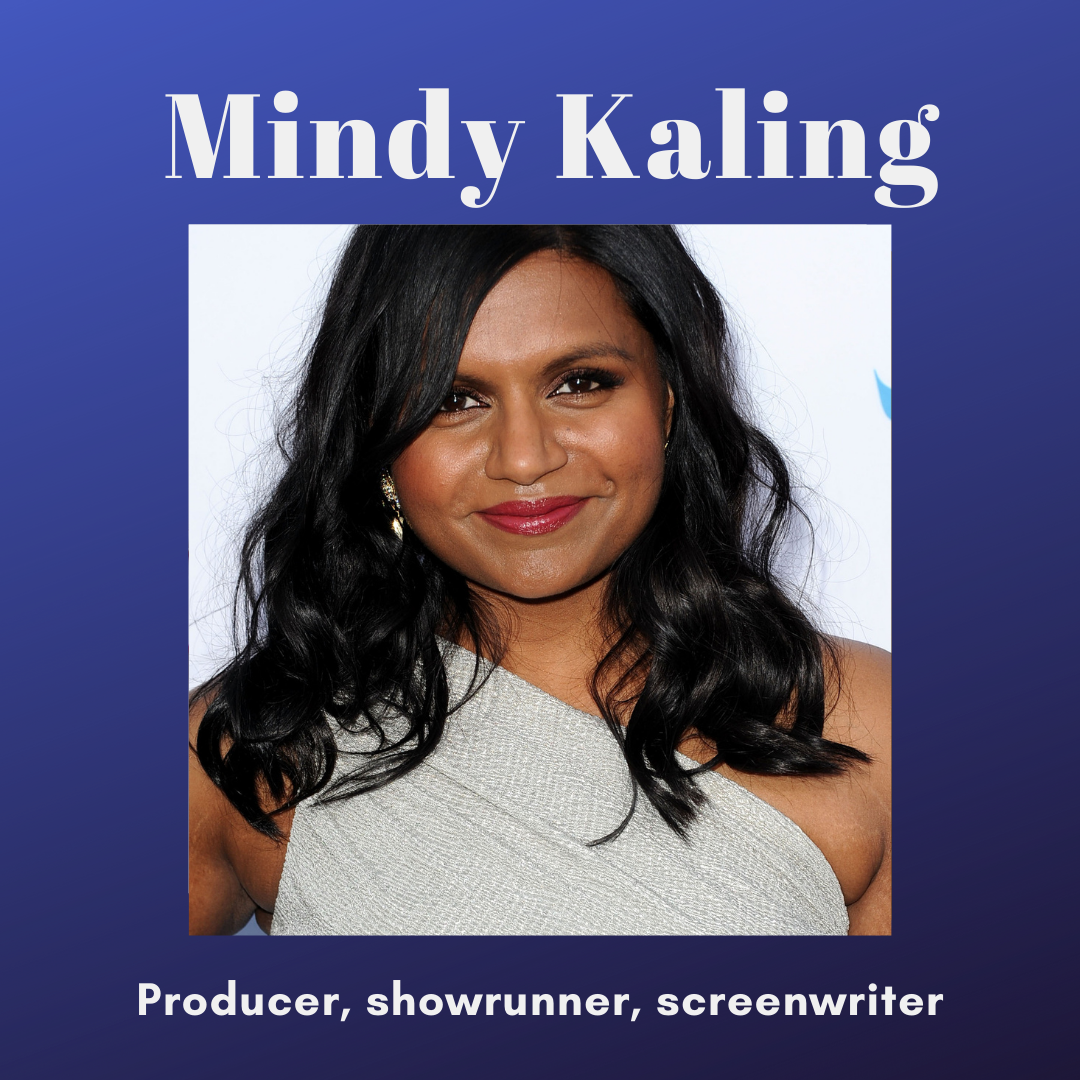 All About Mindy Kaling

Mindy Kaling doesn’t fit the Hollywood mould, and that’s just the way she likes it. Making her name as a writer and actor on the US version of “The Office”, she was hired after the producer read a spec script she had sent him, and by the end of her time on the show she had been promoted to executive producer. Now that’s what we call a promotion!

She then landed her own show, The Mindy Project, which she wrote, produced and starred in. She has most recently co-written the script for Legally Blonde 3. She’s also an advocate for diversity in Hollywood, not to mention being funny as hell.

So, what can this prolific writer teach us about writing? Read on to find out!

1) Write For People Who Don’t See Themselves On Screens

“I guess I’ve always felt that I represent the underdog. At this time and this place, as an Indian woman and a single mom, I’ve felt like the kind of person who often does not get to be the lead of a story. I want the stories that I tell, the characters I play and create, to resonate with people who do not see themselves on screen.”

MORE: The Uncomfortable Truth About Own Voices Stories

“When my mom passed away [in 2012, from pancreatic cancer], I became acutely aware of how little time I have. I have so many ideas, so many things I want to talk about. I feel uncomfortable when I’m not doing anything.”

“A lot of people ask how to get where I am, and the single biggest thing, which is not profound, is that I work like a dog.”

4) Be Confident In Your Work

“A journalist asked me if I have impostor syndrome and I said: ‘I actually don’t, because I’ve really put in the time.’ And I could tell he thought I was kind of cocky.”

MORE: How To Banish Imposter Syndrome From Your Writing For Good

5) Find Great Mentors Who Can Help You In Your Career

“For many years, I thought that hard work was the only way you could succeed, but it’s simply not true. Particularly if you’re a woman of colour, you need people to give you opportunities, because otherwise it won’t happen. Talent is an important part of success, but you also need mentors to find promise in people that don’t necessarily seem like they will fit in.”

6) Don’t Compare Your Career Path To Other Writers 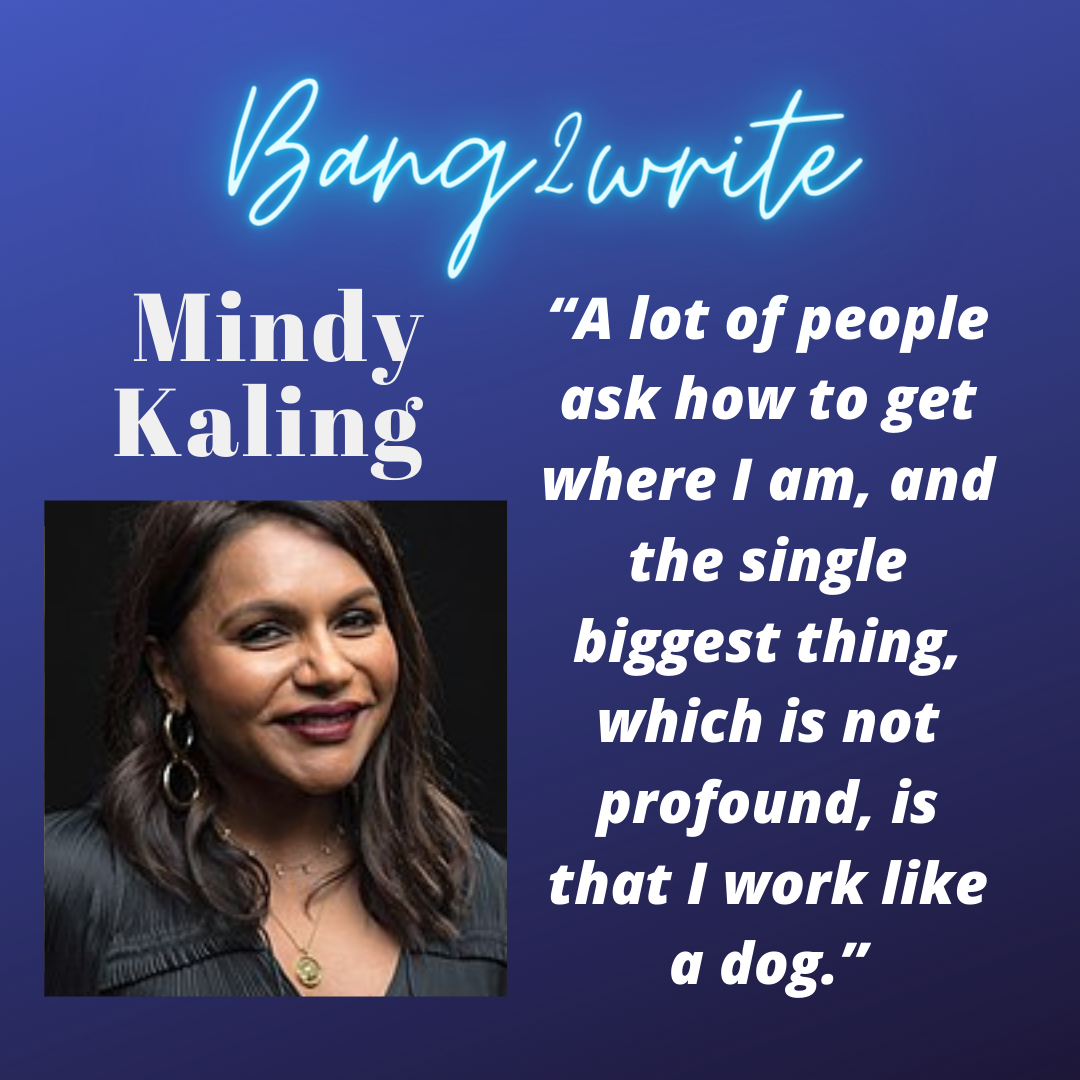 “Write your own part. It is the only way I’ve gotten anywhere. It’s much harder work, but sometimes you have to take destiny into your own hands. It forces you to think about what your strengths really are, and once you find them, you can showcase them, and no one can stop you.”

8) … But Also Write Beyond Your Own Experience

“Catharsis isn’t art. You can’t rely on catharsis to get a laugh. Because guess what? People do laugh when something’s shocking, but that is, to me, the absolute fakest of laughs. That’s not something that sustains a television series or a movie.”

“I never want to be called the funniest Indian female comedian that exists. I feel like I can go head-to-head with the best white, male comedy writers that are out there. Why would I want to self-categorise myself into a smaller group than I’m able to compete in?”

10) Don’t Worry About Other People’s Opinions

We all know it takes hard graft to succeed as a writer, even more so if you are a woman of colour. But if there’s one thing we can learn from Mindy Kaling, it’s that, if you’ve done the hard work, then it’s time to shake off your imposter syndrome and stand confidently behind your writing. Now that’s advice we all need to hear!

BIO: Joanna is an actor making the move into script reading and production. Follow her at @jomillerbetts.