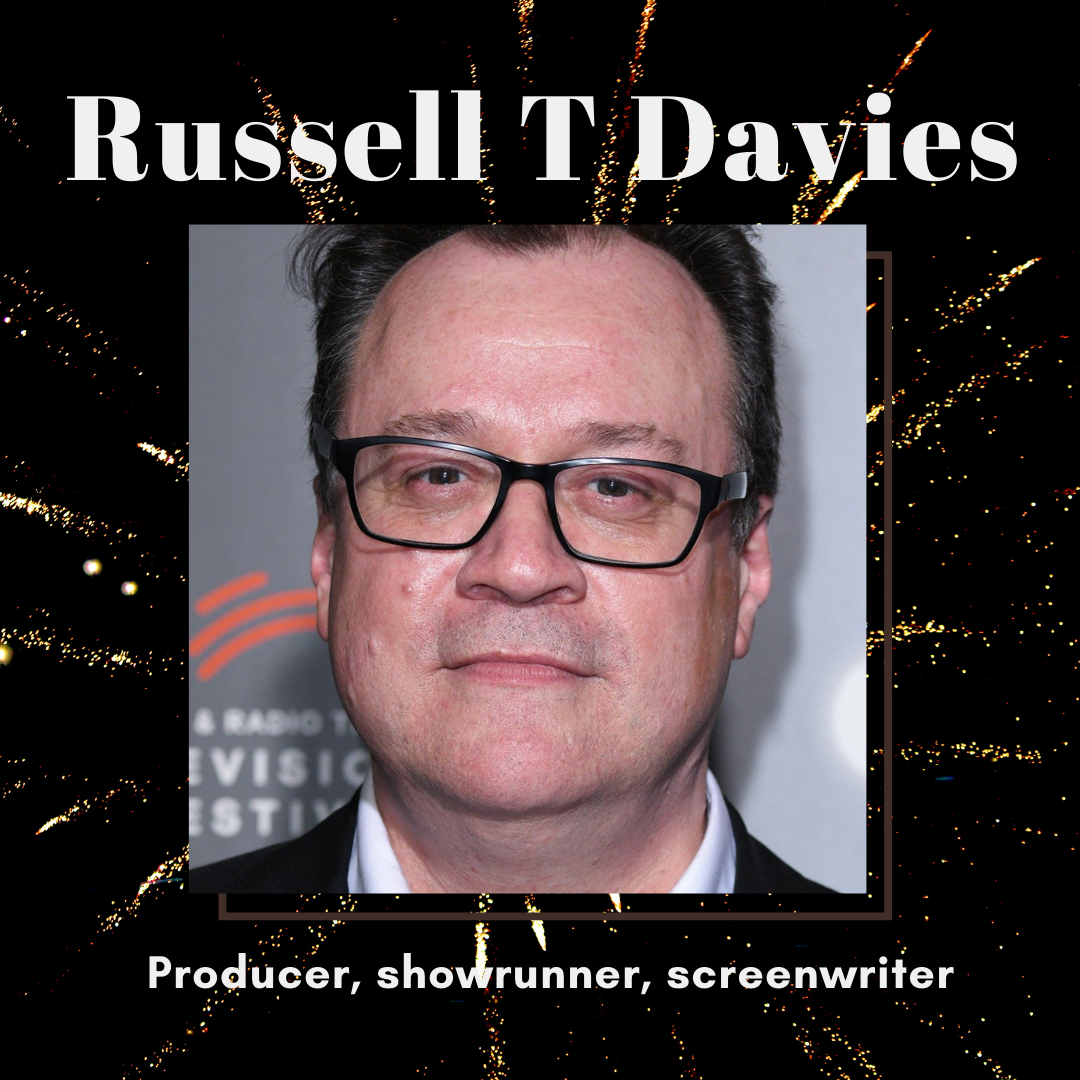 All About Russell T Davies

Russell T Davies is a British screenwriting legend. Whether it’s reinventing a much-loved sci fi programme (Doctor Who) or bringing the heart-breaking reality of the AIDS pandemic to life (It’s A Sin), it seems there isn’t any subject that Russell can’t turn into both a critical and commercial success. So how does he do it?!

Russell has said he uses music as a source of inspiration to help him channel his writing. Queer As Folk was written to high energy music to capture Manchester’s clubland vibe … Bob & Rose was written to Moby’s Play album. So what other tips does Russell have for turning out TV gold?! Read on to find out!

1) Work from character, NOT theme

“Maybe that’s when bad scripts are written, when you choose the theme first. I consider that I’ve something to say when I’ve thought of a person, a moment, a single beat of the heart, that I think is true and interesting, and therefore should be seen.”

“Drama’s not safe and it’s not pretty and it’s not kind. People expect the basic template of television drama where there might be naughty villains, but everyone ends up having a nice cup of tea. You’ve got to do big moral choices and show the terrible things people do in terrible situations. Drama is failing if it doesn’t do that.”

3) Learn out to write an outline, but don’t be restricted by it

MORE: Do Your Preparation: How To Write Outlines, Beat Sheets and Treatments

“I think in order to bring people to life, you have to make characters as complex as you possibly can. I always think the key to characters is turning them constantly in the light. So, someone who’s lovely, can be selfish. Someone who’s funny can be sad. And if we just hit one note, then you have just a caricature rather than a character.” 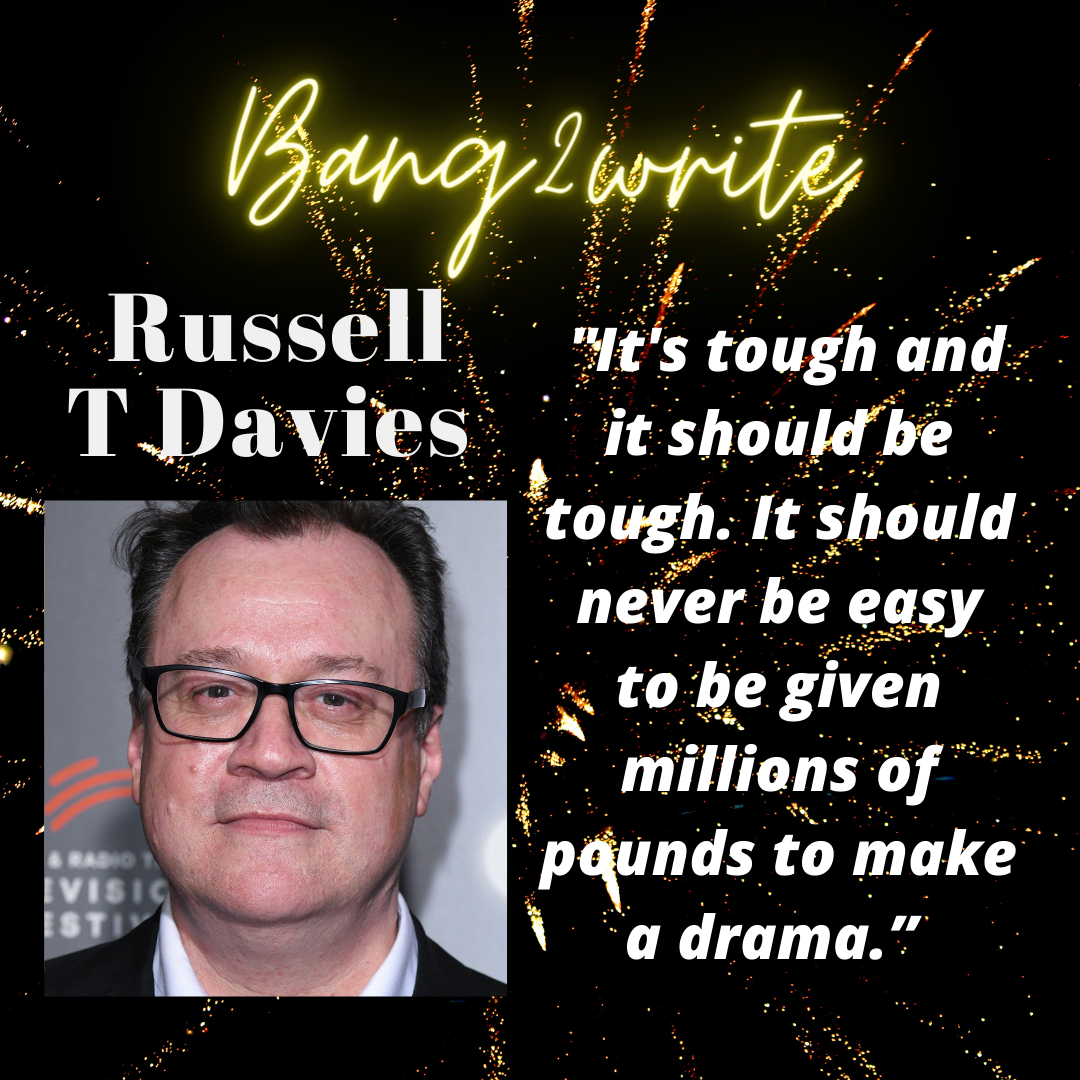 “I would rather be confused for 10 minutes than bored for 5 seconds.”

6) Writing Needs To Be More Than Just A Job

‘Writing isn’t just a job that stops at six thirty… It’s a mad, sexy, sad, scary, ruthless, joyful, and utterly, utterly personal thing. There’s not the writer and then me; there’s just me. All of my life connects to the writing. All of it.”

7) Write What You Want

“Don’t self-censor. Write what you want to write, don’t worry about whether a commissioner will commission it. That doesn’t mean you can write nonsense. It still has to have a diligence to it. You have to earn it.”

8) If A Subject Is Important, Don’t Worry About It Being New

“In some ways, the urge to be new is the least important thing. Because it’s stories like this that need restating again, and again.”

“It’s tough and it should be tough. It should never be easy to be given millions of pounds to make a drama.”

10) Remember, ALL Writers Feel The Fear!

“Steven wrote to me today, saying, ‘Don’t you feel like sticking your head out of the window and yelling, “I DON’T KNOW WHAT I’M DOING!!!”‘ Yes, absolutely. Solidarity. Fear is always the same. Different worries with different scripts, but the same baseline fear.”

MORE: How To Get Over Fear of Rejection

What can we learn from Russell T Davies?

Building a long and successful writing career can seem unachievable when you’re starting out … Writers often feel the pressure to come up with totally original ideas. But what Russell T Davies has shown us is that building a career as a writer isn’t necessarily about creating something totally new! Instead it’s about finding the stories you want to write and the characters you feel passionate about. Also, don’t forget to embrace the fear along the way!

BIO: Joanna is an actor making the move into script reading and production. Follow her at @jomillerbetts.