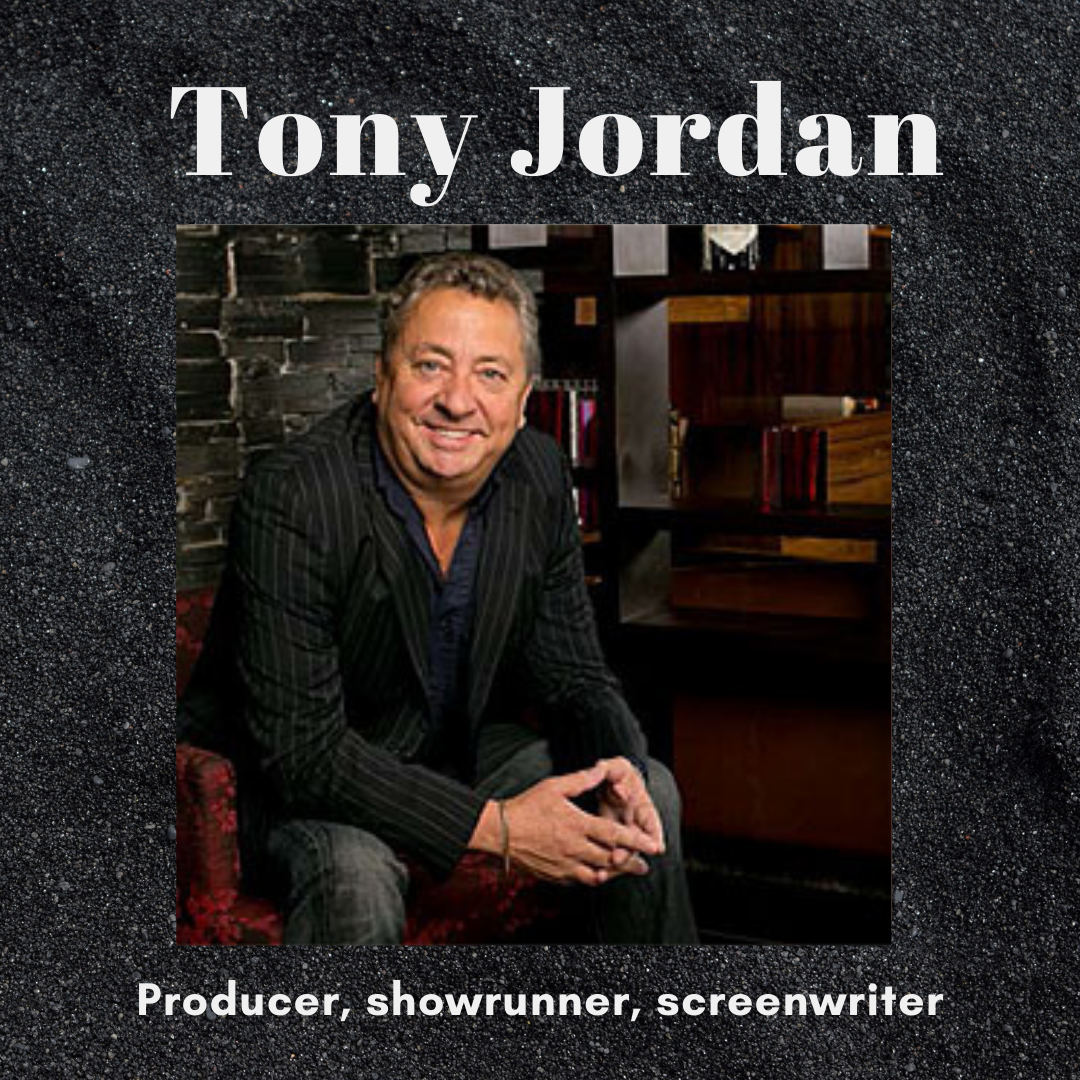 Tony Jordan is a screenwriter, showrunner and producer who surely needs no introduction … But if you’ve been in outer space, then Tony is the founder and executive chairman of Red Planet Pictures.

Leaving school with no qualifications, Tony was a market trader for many years. Starting his writing career at the age of thirty-two on Eastenders, he ended up writing a whopping 250+ episodes of the iconic British soap opera.

For his work on EastEnders, Tony is particularly known for creating the Slater family along with then producer, John Yorke (you can find out more from John on B2W, HERE).

I was delighted to chat with Tony so he could offer Bang2writers his top 3 tips for writing craft and careers … Let’s go!

1) TIP 1: Protect Your Unique Voice At All Costs

‘This is an easy one,’  Tony says, ‘your writer’s unique voice is the only thing you have of any worth. If you lose your voice, you lose the very thing people hire you for.’

But what *is* voice and how do we ‘find’ ours? Tony offers this great exercise.

‘Think of a writer you admire … would you recognise their work, even if there was no credit? Could you spot that Russell T Davies wrote It’s A Sin? How about Jimmy McGovern and Cracker? Or Sarah Phelps and Crimson Fields?’

I love this. Writer’s voice is SO important, but many Bang2writers don’t ‘get’ how to identify their own. By reverse engineering produced stories like this and identifying how others’ voices work, this can help us with our own voices.

‘You don’t want to get swallowed by the machinery,’ Tony says, ‘the moment you lose your voice, you’re f***ed!’

MORE: How To Identify Your Writer’s Voice 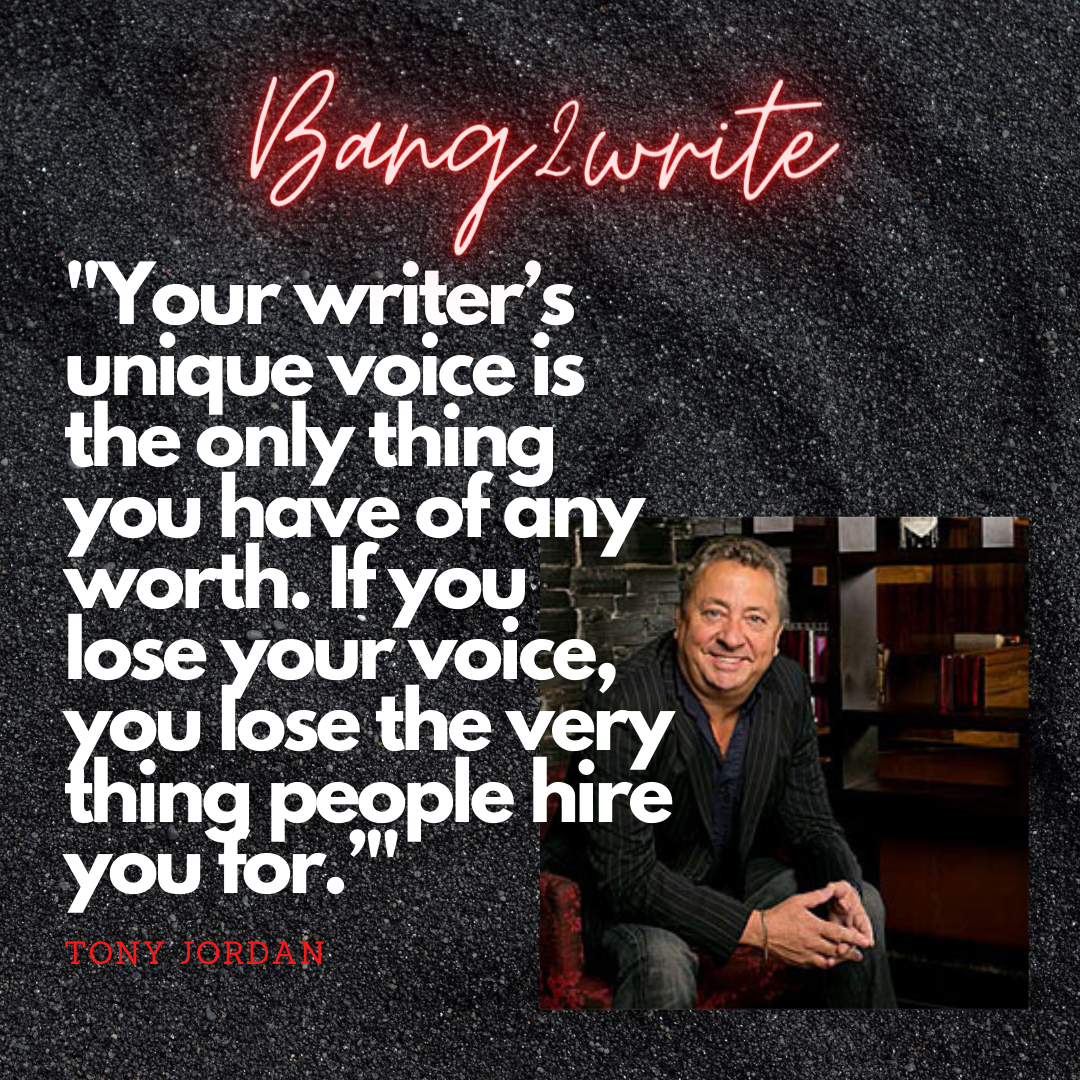 2) TIP 2: Don’t Believe Your Own Publicity

This one is another obvious one. ‘The number of writers I’ve seen who were brilliant to work with, then disappeared up their own arses is mad.’

It’s important to note too that Tony says you shouldn’t believe your own publicity good OR bad.

I love this, because so many writers starting out get bad feedback and reviews and believe they’re doomed. This is rarely the case but can become true if that writer lets the bad feedback/review get under their skin.

If the industry is about relationships – and it is – then it pays to not be difficult to work with, Tony says … Put simply: be nice to people!

‘Everyone is a journey somewhere. So that script editor you’re arguing with, saying their notes are crap? In ten years, they’re going to be head of drama at the BBC, or a producer. Your previous behaviour WILL affect you.’

Tony stresses this doesn’t mean rolling over and being a doormat, saying ‘yes’ to everyone and everything.

‘You CAN protect your work whilst being collaborative,’ Tony says, ‘in short: don’t be a stubborn, stroppy b***ard.’

MORE: 10 Great Ways To Kill Your Writing Career DEAD (And 3 Clues To Improving Your Chances)