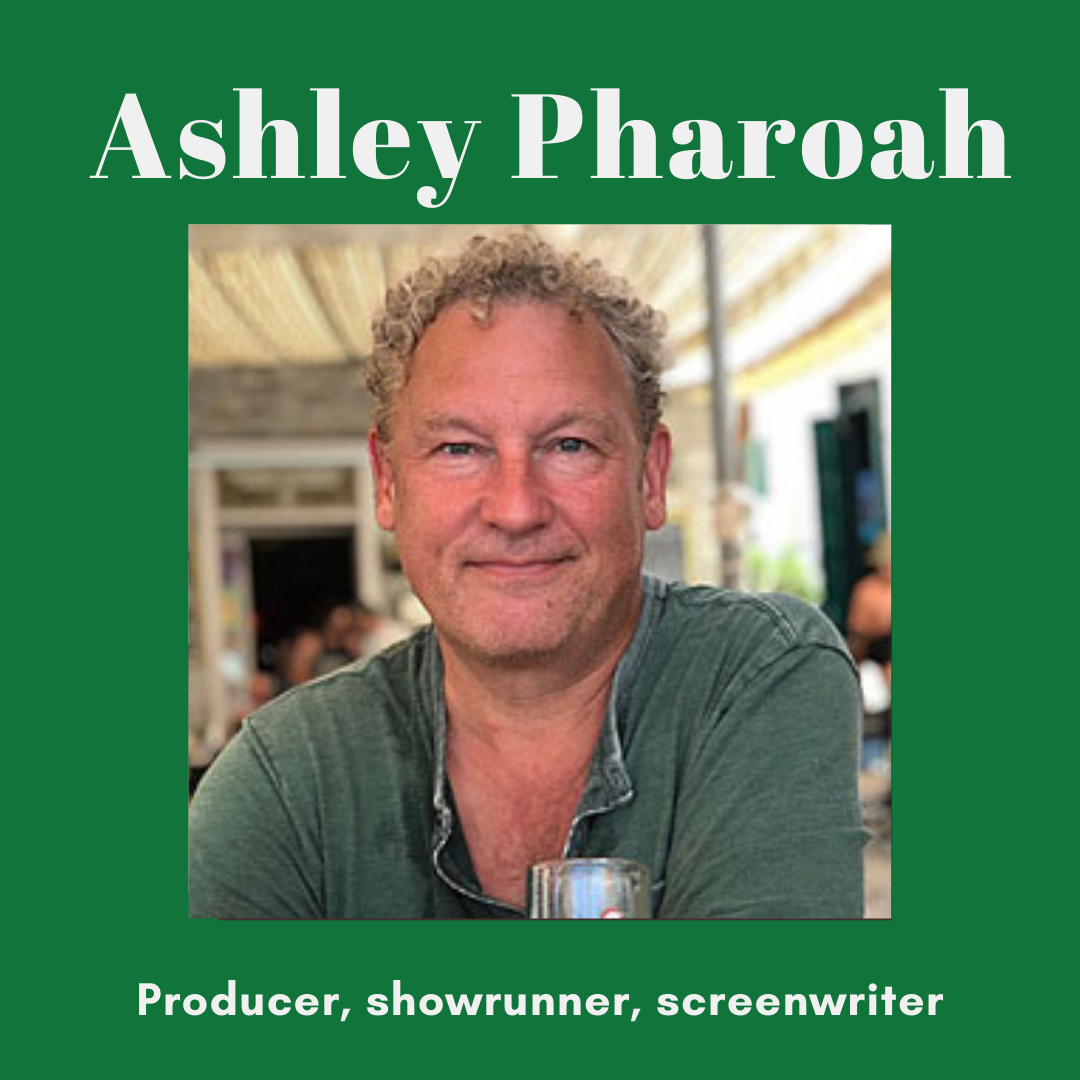 Ashley Pharoah is a British screenwriter and television producer. He is best known as the co-creator/writer of TV classic drama LIFE ON MARS and creator/writer of the family drama WILD AT HEART, BONEKICKERS and THE LIVING AND THE DEAD. He’s currently working on an adaptation of AROUND THE WORLD IN 80 DAYS with David Tennant playing Phileas Fogg.

Lots of you Bang2writers love genre and television, so I thought I’d ask Ashley for his top tips on getting ahead. Ready? Let’s go!

This is a tip after B2W’s heart … After all, as I always say: your concept needs to be ‘bombproof’!

‘If you don’t really know what your story is, it will unravel,’ says Ashley, ‘Also, it’s exhausting to write draft after draft of a story just to find out what it is.’

Does Ashley have any tips for identifying our concepts? Yes …

‘Ask yourself, ‘What is the elevator pitch?’ If you can’t pitch it, you got nothing.’

2) Spend a long time on structure

Ashley tells he spends a lot of time on structure, using index cards. He says he understands this approach is not for everyone, but he does this before he writes a single word of the draft.

‘I like the safety net of structure,’ Ashley says, ‘I need to what the scene is BEFORE I start writing.’

I can relate to this, because I do exactly the same … screenplay or novel! It also means I can be sure about my concept too, plus I can work out my characters’ role functions and motivations too.  It also means writing the draft is MUCH faster!

3) Be passionate about the craft

Everyone says passion and good craft are important, but Ashley has a great quote to illustrate the two’s special relationship.

‘There’s a poem by WB Yeats where he talks about ‘blood and intellect, running together,’ Ashley says, ‘I see these two things as passion and craft. Emotion and structure. The two need to co-exist.’

I love this! Passion without good craft is chaos; good craft with no passion is pedestrian. Every great writer has both.

Like so many pro writers, Ashley values ‘the writer’s voice’ … This refers to that unique take only YOU have in putting a story together. Your ‘personality’ on the page, in essence.

‘One way to illustrate the important of voice is to have ten different writers write the supposedly same story in a scene … ie. The death of a parent. This is something that happens to all of us, yet those ten writers will all write completely different scenes. Some will be devastating; others will be funny; others will be surreal. That’s voice.’

5) Writers have to get out there

Writers NEED to network and make submissions. This is a given, but Ashley has some words of warning, as well as some wisdom.

‘Don’t be annoying. Be kind and empathetic. Remember social niceties! Don’t hassle strangers. There was that blog post, ‘No I Will Not Read Your F**king Script.’ Don’t be the reason for articles like that.’

MORE: Want To Get Your Script F***ing Read? Then Do This 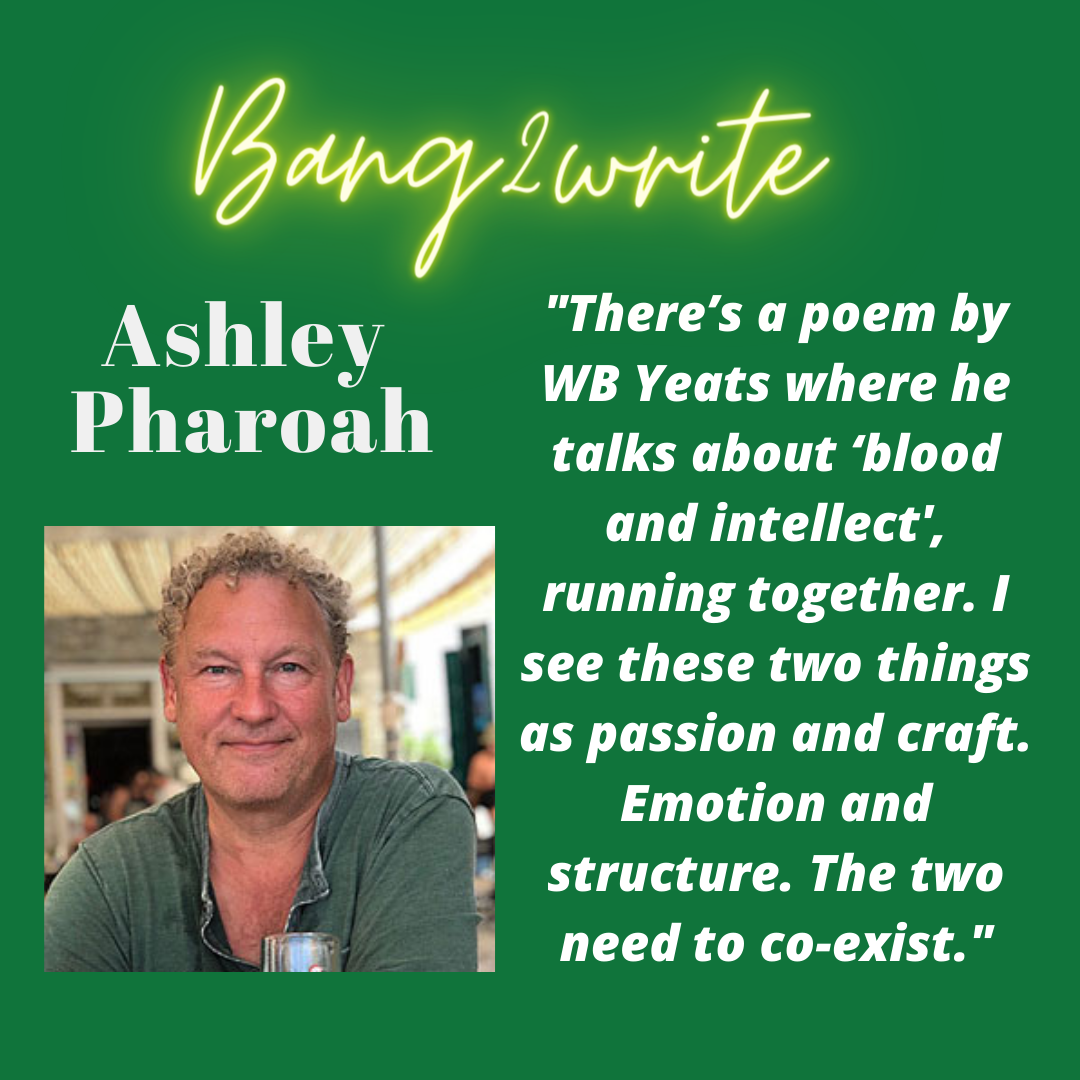 6) Know your own industry

Lots of writers say they’d rather leave production stuff like budgets to other people, but Ashley disagrees.

If you want to work in television, you need to understand terms like ‘showrunner’ … and appreciate there’s no ‘one size fits all’!

‘My version of the showrunner: you are everything. Casting, final cut, finding the money … This is different to *just* being the lead writer, who thrashes out the series, episodes, rewrites.’

Isn’t being a showrunner a US thing?

‘No, it’s a real option in the UK now,’ Ashley says, ‘Russell T Davies was definitely the showrunner on DOCTOR WHO. The difference is, you have come from production to be a showrunner. Here, in the UK not all screenwriters come from that background; you’re just as likely to find people who started in novels and theatre too. Showrunners are more hands-on; lead writers are more hands off on the production.’

8) Know ALL writers get rejected

Ashley tells me a great story from when he was a new writer. He recalls meeting Eastenders writer Tony McHale, who’d just celebrated his one hundredth episode. He told Tony it must be nice to be him, because the team at Eastenders would always like his scripts no matter what.

This made Ashley realise that ALL writers got rejected … even ones with lots and lots of credits.

‘Fear of rejection never goes away,’ Ashley says, ‘people don’t realise how tough it is for writers. We get our heads kicked in, then we have to get up off the floor and do it all again.’

Surely there’s some light at the end of the tunnel?

‘Of course,’ Ashley says, ‘as you get more successful, you can at least look at your CV and see your credits. When you start, it’s much harder because you haven’t had anything made. But you have to keep going.’

9) Learn how to deal with notes and feedback

This is a non-negotiable. No writer can avoid notes or feedback! When Ashley started his career, he thought he had to action ALL notes he got … he soon realised this was a mistake.

‘Dealing with notes and feedback is about emotional intelligence,’ Ashley says, ‘I always ask myself, ‘Does this note make it better?’ If it does, great … but if it makes it worse, that’s when you push back.’

Ashley does have one warning for writers, however.

‘Beware of what I call ‘minutiae notes’ like, ‘should the character wear a red dress or a green dress?’ Unless it affects the story somehow, who cares! A good script editor should never highjack your script like this.’

10) Don’t be afraid to stand up for yourself