How To Banish Impostor Syndrome From Your Writing Life For Good 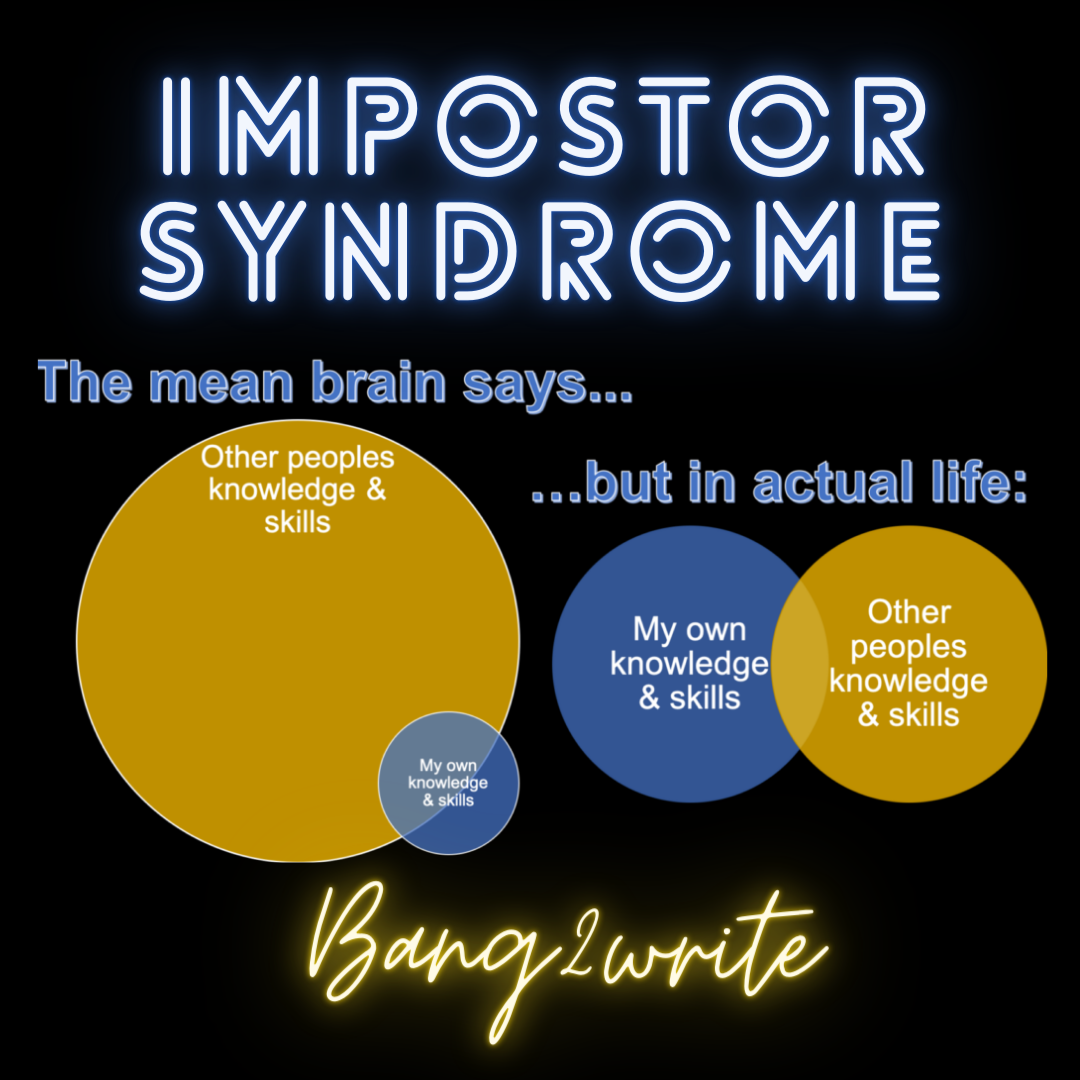 What Is Impostor Syndrome?

Impostor Syndrome is defined in the dictionary as …

‘the persistent inability to believe that one’s success is deserved or has been legitimately achieved as a result of one’s own efforts or skills.’

It’s not difficult to see why writers fall foul of impostor syndrome so much. When you are a creative, your efforts are frequently forgotten, underestimated or simply not acknowledged … Even by the people we care about! As a result we can internalise this invalidation and turn it on ourselves. Before we know it, even if we are successful we’re caught in the grip of impostor syndrome!

If you’re suffering from impostor syndrome right now, know there ARE ways to combat it. Check out the six tips below and if you find them useful, pass them on to your writer friends and followers.

1) Know Where You Come From

Knowing where you’ve come from means you can appreciate the distance you have travelled, metaphorically and literally. Entrepreneurs and brands call this their ‘origin story’.

If you have ever wondered why I mention so much I was a teenage mum, it’s because this was my own origin story. Society told me my life was ‘ruined’ … That I was stupid and useless; that me and my kid was a drain. I was on benefits, living without enough in horrible places. One flat was besieged by rodents; another had a hole in the roof so moss grew on the carpet; at another I got targeted by a gang. All of them were freezing because I couldn’t afford the key meter. All my complaints to landlords were met with a shrug at best; some used it as an excuse to throw us out on our ear.

Despite all that, my dream was to be a writer and to work in the media. When I feel the sting of impostor syndrome, I remember writing has enabled me to lift myself and my son out of that poverty and deprivation.

Is there a particular person, place or time of year that brings you thoughts of being an impostor? For me, it’s my birthday. I tend to reflect on the year and concentrate on what I HAVEN’T managed to achieve, rather than what I have.

Realising this trigger made me switch this mindset for the more positive one. That doesn’t mean I deny my negative feelings by the way! I acknowledge them, but concentrate instead on what I HAVE achieved. 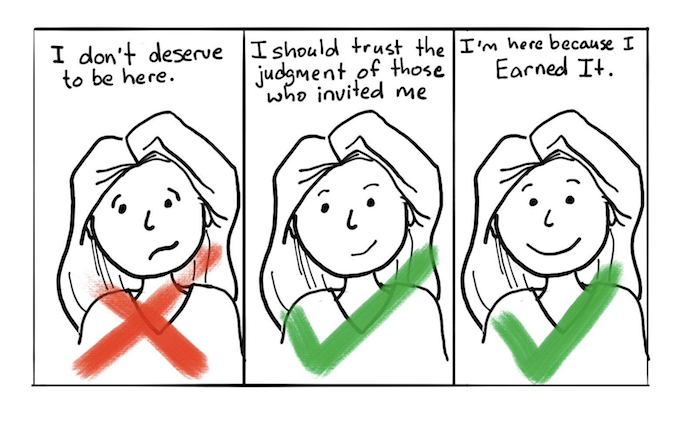 From OpenSource, ‘3 Ways To Protect Yourself From Impostor Syndrome’

When I was a baby writer, I took baby steps. I was apologetic, like I thought I was a fraud or didn’t deserve success. (This is because deep down I thought I was and that I didn’t). As a result I crept along and scuttled back into my shell at the first sign of trouble, making very little progress.

Then I created my ‘positive narrative’ via the persona that became Bang2write. B2W says, ‘This is me … don’t like it? THEN GO F YOURSELF!!’

Sure, at first I had to fake it … but it wasn’t long before it became real. People responded to Bang2write – love me or hate me, they knew I was there. That was the validation I was looking for.

It didn’t even matter if trolls came for me, they literally fed my self belief as well as my site traffic. Thanks Dudeflakes!

What’s YOUR positive narrative? MORE: 7 Things You Must Stop Doing If You Want To Be A Professional Writer

4) Articulate Your Strengths And Achievements

Knowing what you are good at is key to beating impostor syndrome. For me, I know I am very good at structure and plotting. So if readers complain ‘nothing happens’ in my book, I know that’s not true … They just didn’t like the book. That’s okay, too: our writing will NEVER be for everyone.

This kind of peace of mind is priceless. Because I know what my strengths are, I can smile and say ‘That’s just your opinion’. They don’t get in my head. Identify your own strengths and it’s like having a suit of armour.

Equally, every time I am disappointed at a project going belly up, or something else not working out, I can remember my achievements so far. One of my favourite things to do at such times is physically handle my own books. Those things exist because I created them. So, do whatever it takes to remind yourself of your own achievements.

Writers can crash and burn very easily. We end up suffering from ‘ego depletion’ because we have to exercise self control for so long in order to get our stories on the page. Putting time aside for self-care is absolutely crucial for us.

Myself, I am still working on this one … Being a workaholic has serious drawbacks!

But each year I get better at slowing down, maybe one day I will actually stop for a few weeks?? We shall see. But whatever it is you need to do to recharge your batteries, DO IT. Don’t feel guilty.

Because it’s so difficult to find validation amongst non-writers, we need to ensure we hang out with our fellow writers wherever possible. Thankfully, in 2021 this is easier than ever thanks to the internet. Join the other Bang2writers over on the Facebook page, plus other social media platforms. Don’t think of it as procrastination; think of it as strategy against impostor syndrome.