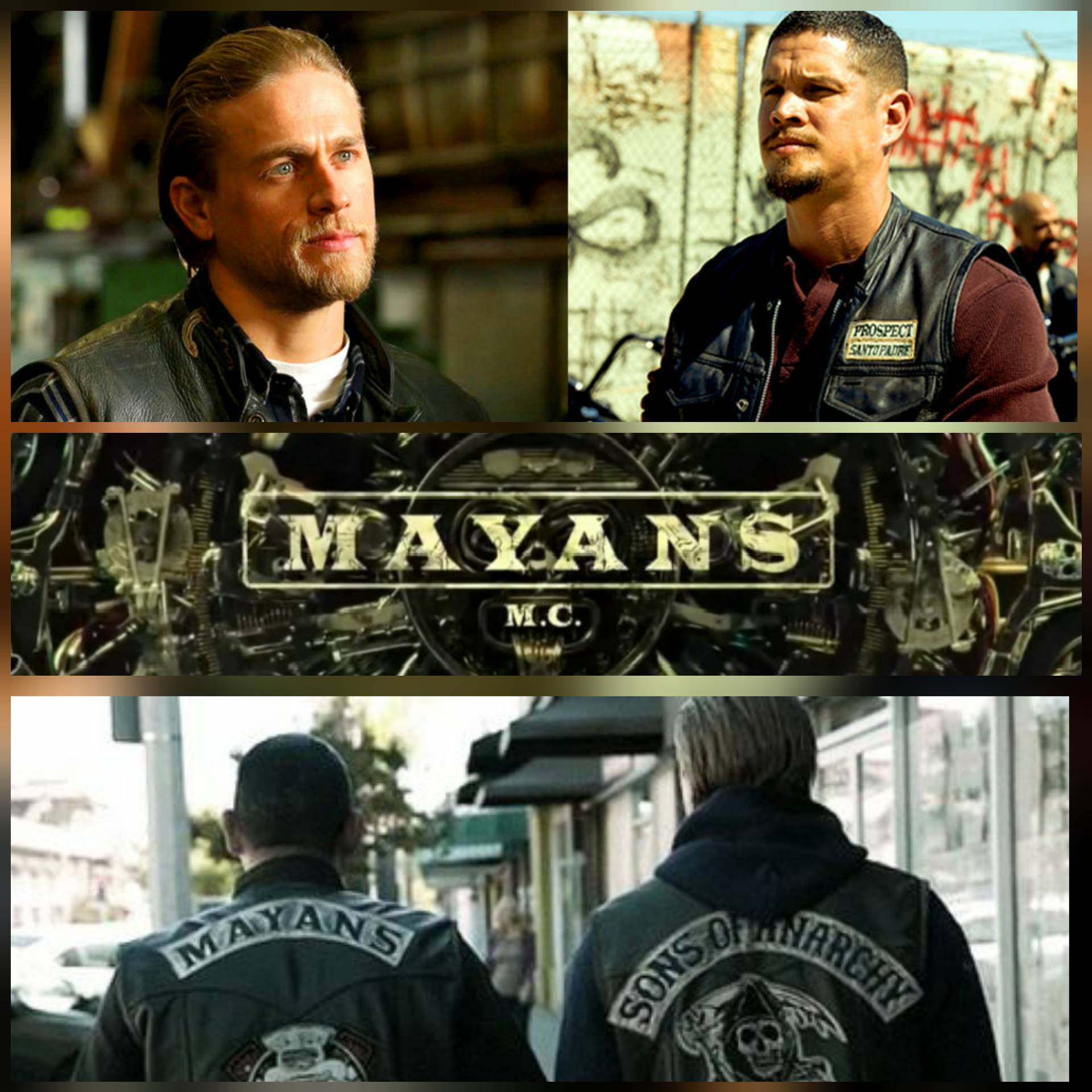 Sons of Anarchy spin-off show Mayans M.C is a great example of how diversity and inclusion can literally make storytelling better, both in front of and behind the camera.

I was a huge fan of SOA back in the day. I love a hyper-masculine storyworld and I found the intricacies of this one were (mostly) delicious … BUT on re-watching all 7 series on Netflix I noticed it felt rather dated in comparison to other broadly similar crime series from the same era like Justified.

I felt this was largely because of SOA’s fudged commentary on race, especially in later series.

So when I heard they were rebooting the storyworld from the Mayans’ POV, it’s fair to say I was a little sceptical …

… But I loved it! Not only that, I think there’s plenty writers can learn from both series and how they compare/contrast. Ready? Let’s go … 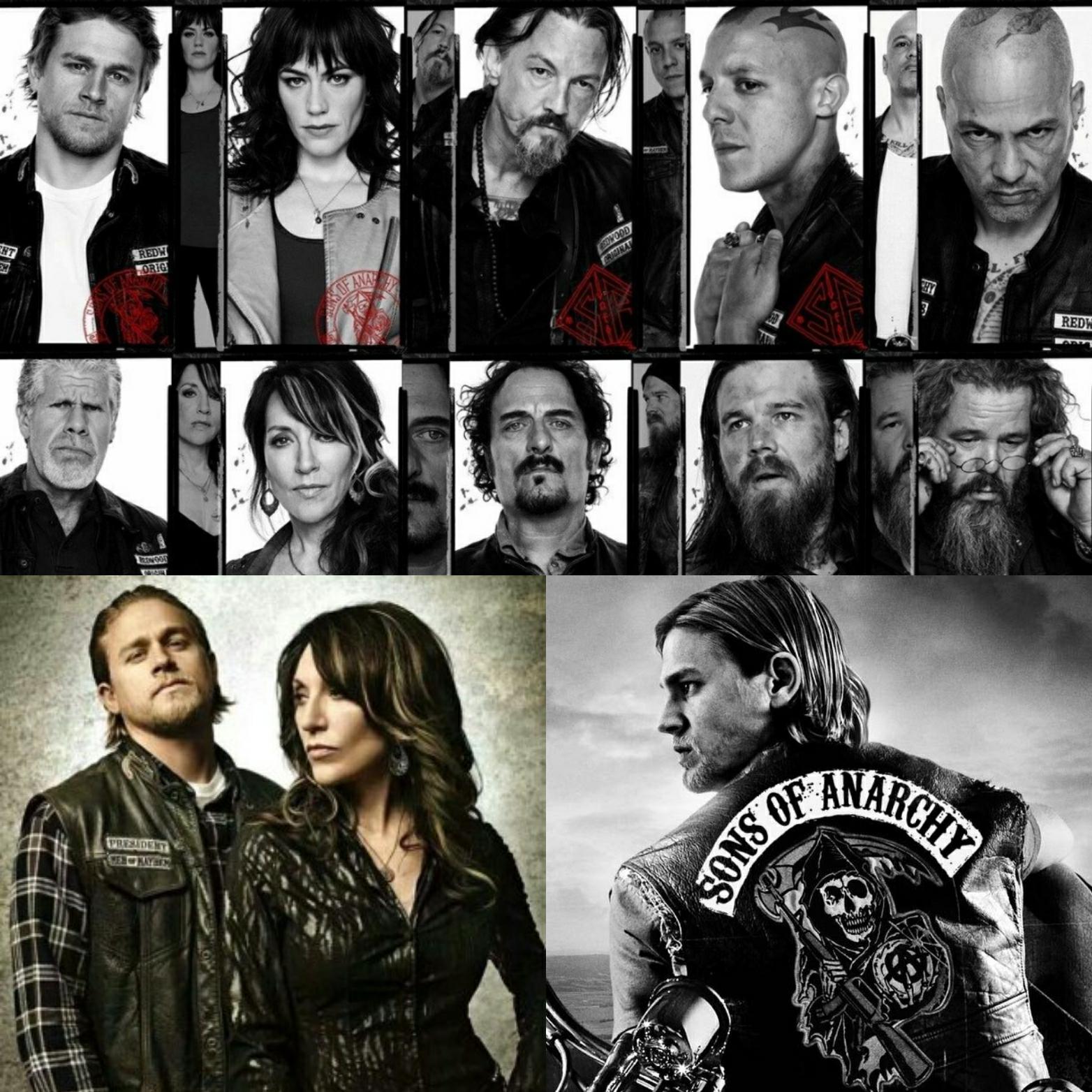 1) Learn From The Classics, Build On Them AND Keep Tweaking

Creator Kurt Sutter has said multiple times he set out to write Sons of Anarchy as a Shakespearian-style tragedy in the style of Hamlet.  I think he really nails it, especially the first three series.

Jax Teller is a morally ambiguous character and presented as ‘better’ than the others, but only just. We are taken through his family history, piece by agonising piece, to realise there was only ever one path for him: DOWNWARDS. All this doesn’t excuse Jax’s abhorrent actions, but it does demonstrate why he is on this path.

Mayans protagonist Ezekiel (‘EZ’) Reyes has very similar AND very different qualities to Jax. E-Z is quite literally a fish out of water, a previous ‘golden boy’ who had his whole life ahead of him before it all went horribly wrong.

EZ is contrast against big brother Angel, who took on the burden of being the ‘bad one’ so EZ could escape. This means Angel is mad as hell EZ is now part of the Mayans gang like him.

Both brothers also have to fight against the shadow of their mothers’ murder and their father Felipe’s own dark past. Hope and desperation are juxtaposed constantly. We can never be sure if EZ will find the strength to reject revenge and outlaw life and walk away. This is in stark contrast to Jax, who never could. MORE: Everything You Ever Needed To Know About Character Archetypes

2) Use A Universal, Relatable Theme

Both SOA and Mayans M.C uses the universal, relatable theme that ‘power corrupts’. Anyone with any kind of authority in this storyworld will find themselves compromised.

I love how the US government is cast as the antagonist in Mayans M.C … Not because the Mayans are ‘just’ criminals either; most of them are ex-military. There are strong, plausible and relatable reasons they have gone outlaw.

Similarly, the Galindo cartel are not mere bogeymen. Miguel Galindo is a man who genuinely loves his family, but he’s a realist. Living this life means pain and blood and sacrifice. He is not just educated ‘new blood’ either, he is a brawler who can handle himself. We think he will he will crumple in jail, but he rules the roost there too! He makes an example of the first inmate to challenge him, strangling him with the shirt off his own back.

There’s nothing Galindo won’t do to stay at the top, either. The uneasy alliance between them and warrior queen Adelita from the rebel fighters is brilliantly done. This makes us even more worried for EZ, who is caught in an unwitting love triangle between Miguel and Emily. 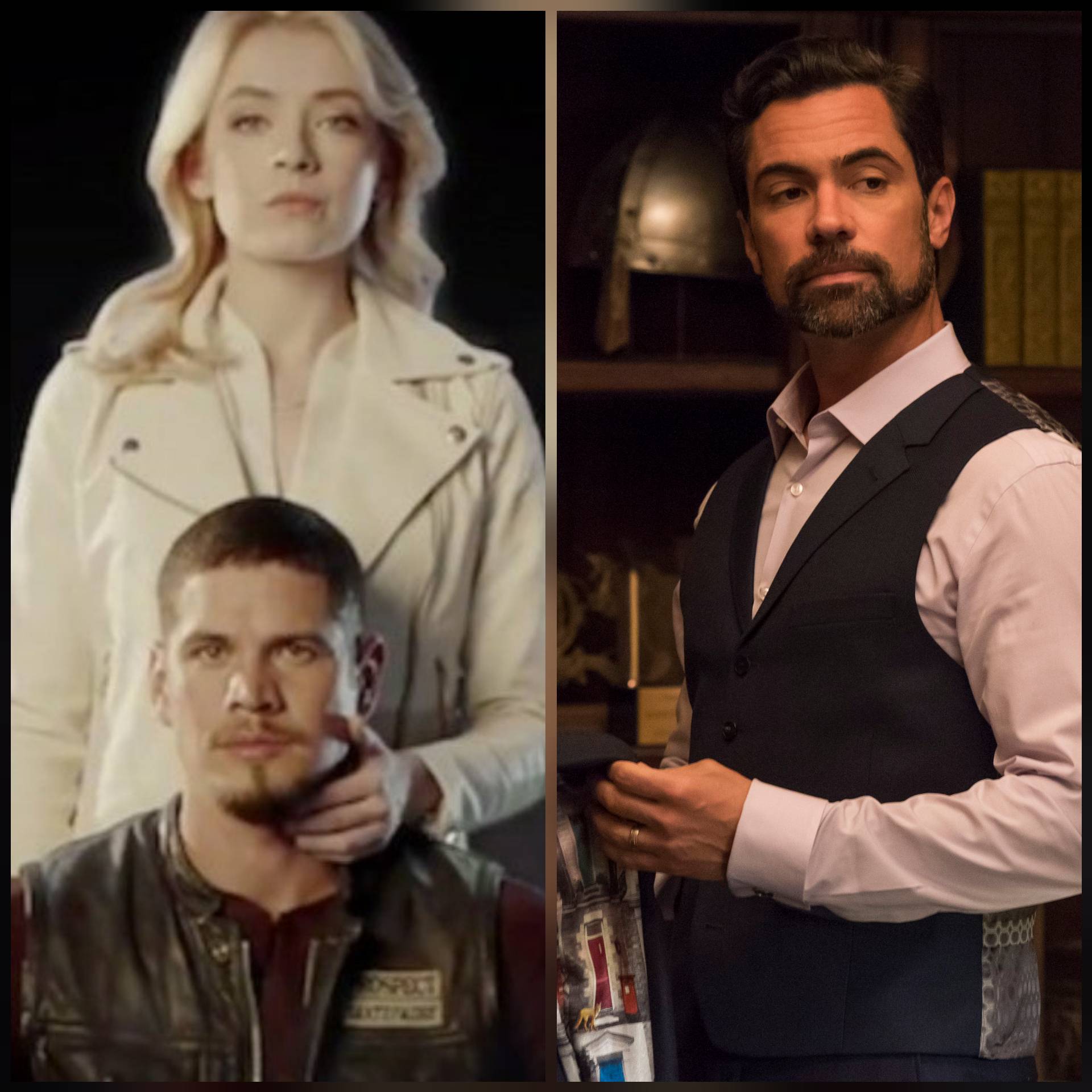 Just as the Sons state a ‘biker is nothing without his old lady’, the women of this storyworld really make it what it is.

‘White prize’ Emily Galindo is the real shining light in Mayans. Like Gemma Teller before her, Emily is a master manipulator and abuser, though unlike Gemma she is educated and infinitely more dangerous for it.

Without characters Emily, Adelita, Gemma, Tara or Wendy, both of these series would have been a bunch of posturing guys beating on one another for hundreds of hours. With them, it brings layers and nuance to this otherwise hyper-masculine world. MORE: Top 10 Badass Female Antiheroes You Need To Know

4) Sexual Violence Is Not What Modern Audiences Want

The men of SOA live in a hideous, violent world and every element of it is paid off in the characterisation & storylines. Sexual violence is also a tool of gang warfare that is employed ruthlessly.

Not just on the female characters, either. Even SOA showrunner Kurt Sutter – who also plays the incarcerated Otto – has to face it. Given he expects his actors to do some shocking storylines (including his own real life wife Katey Sagal, who plays Gemma), it’s refreshing Sutter was prepared to do the same. This is not just theory to him, like so many writers!

All that said, SOA was very much a product of its time. Gratuitous sexual violence is no longer what audiences expect or want in 2021. So whilst there may be rape threat in Mayans, such as when Adelita is promised ‘a lesson’ in s1, the would-be rapists are killed almost immediately and she escapes. 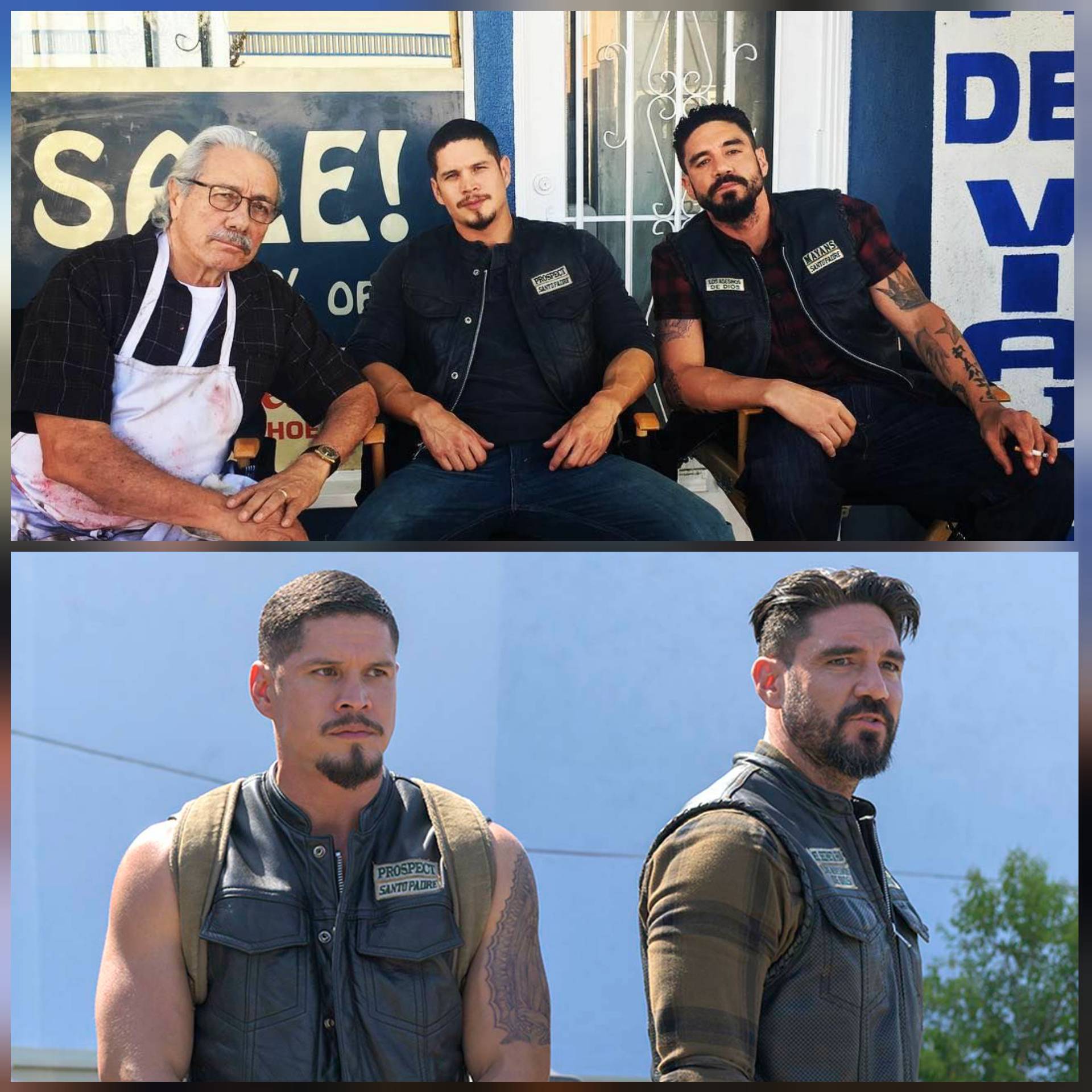 5) Race Is NOT A Plot Device

In Sons of Anarchy, there were multiple representational fuck-ups in my opinion. The most problematic was Juice’s storyline, where he is blackmailed into becoming a rat for R.I.C.O (Racketeer Influenced and Corrupt Organisations) because he’s hidden from the rest of the Sons his father is black.

Apparently black or mixed members of the Sons are not allowed … But this makes little sense in the rules of the storyworld the writing team itself created. After all, The Sons permit Latino members like Juice, even though their major nemesis for many seasons are The Mayans. If black members are not permitted in case they could be Niner rats, why are Latino members allowed? It should also be noted The Sons has an alliance with fellow motorcycle club The Grim Bastards, who are black, too. So WTAF??

Even worse, the government’s threat for outing Juice’s heritage is never ‘real’ jeopardy for Juice anyway. Fellow Son Chibs even tells Juice that rule is ‘out of date’ and not to worry about it. This effectively makes the whole problem deflate and lacked dramatic satisfaction for me.

In contrast, the Mayans team now realises race is not ‘just’ a plot device.  The team have learned it is not merely a question of substituting white characters for Latino and Native Americans. Mayans takes in the characters’ heritage (for want of a better word) to power their worldviews and their actions to the various situations and dilemmas they face within the plot.

This can only be done via an inclusive writing room and new showrunner Elgin James really deserves his place at the head of the table. MORE: Why Mayans M.C’s Coco is such an unusual male character.

Which do YOU prefer, SOA or Mayans? Share in the comments!

4 thoughts on “5 Things Writers Can Learn From MAYANS M.C”

previousWant to Become A Successful Writer? Follow These 6 Tips
next6 Ways To Make Your Writing Stand Out From The Crowd