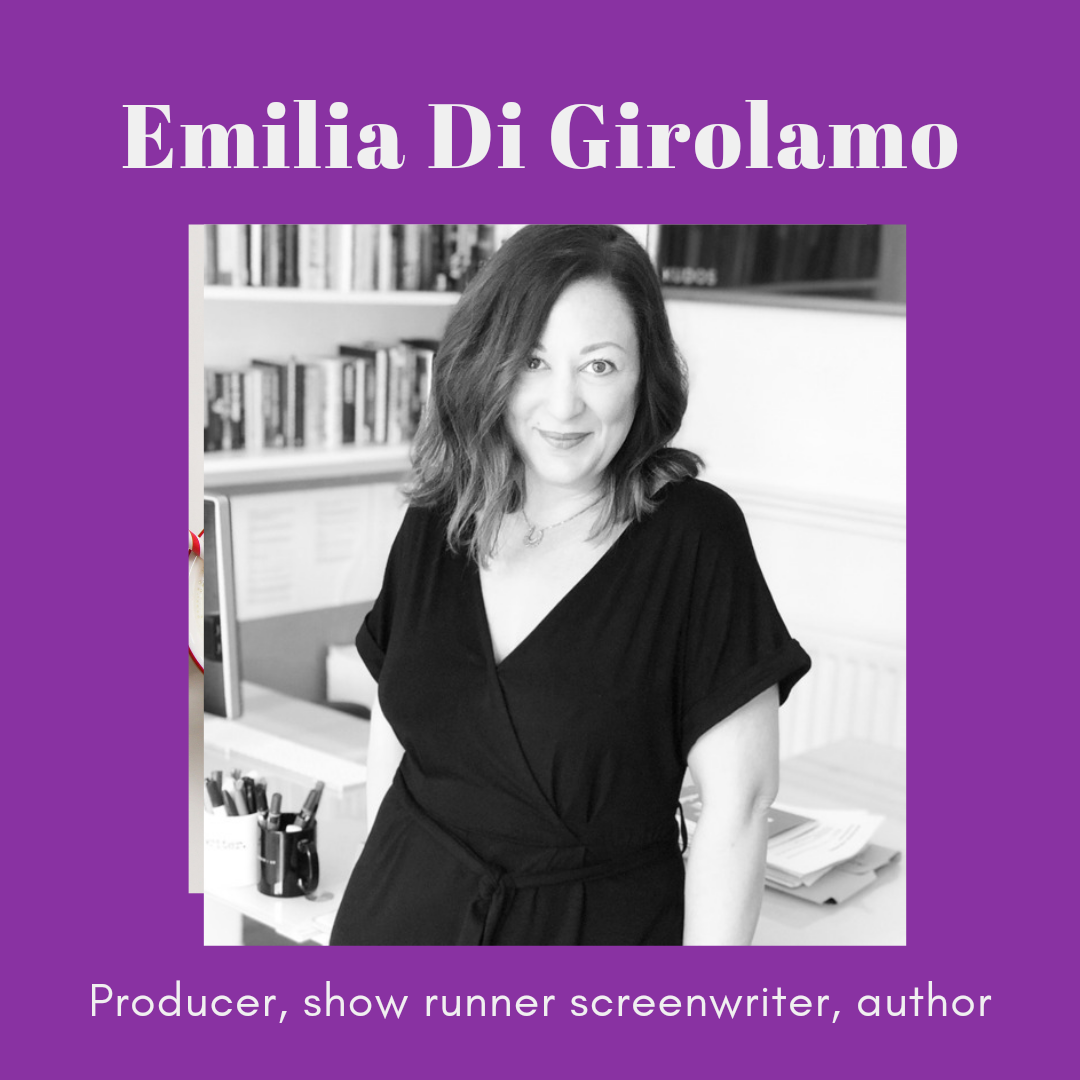 Emilia di Girolamo is a British showrunner, screenwriter and executive producer of Anglo-Indian and Italian heritage. Bang2writers may know Emilia best for Law & Order UK, though she’s also worked on Eastenders, Medici: Masters of Florence and was Showrunner on The Tunnel.

Her latest work is My Name Is Lizzie, which is out in 2021. It is a true story about the police officer (codename ‘Lizzie James’) who was asked to act as sexual ‘bait’ to trap a suspected murderer.

In addition to being a screenwriter, Emilia has worked as a playwright and a novelist. She’s also worked in prisons with offenders, writing a PHD about her work. She’s also been published in The Guardian and other publications.

With such a background, I just had to ask Emilia her top tips for all of you on B2W! Ready? Let’s go …

1) How do Showrunners work with writers?

Everyone has a different process and I can only speak for the way I work as a Showrunner. I usually spend quite a bit of time developing the project before bringing other writers on board so I have a clear vision and a good sense of the bones of the story across the series. Bringing other writers in and running a room is where the magic starts to happen and you get to add flesh to those bones.

There’s a certain alchemy in the room that allows the show to evolve the way it does. A different set of writers and it might be a totally different show. Managing the room is a balancing act, making sure everyone gets a chance to contribute. Some writers are more vocal and some more thoughtful, some have ten amazing ideas a day and some only have one but everyone has their role and getting the balance right is important.

Once we start writing the series …

Everyone is in the same position, alone at their desk with an episode to write and it doesn’t matter who you were in the room anymore, it’s all about who you are on the page.

It usually becomes clear during the writers room process which writers are best suited to which episodes. This may be because they have a passion for a particular aspect of the story; or they pitched a lot of material for that episode; or because I sense it suits their particular voice and skillset. I like to write the first and last episodes of a series so I can set the tone, get the story going and ideally take it to its conclusion.

I think most showrunners want to play to their writers’ strengths and have the best possible person write each episode so the show can be the best it can be. In my experience it’s a collaborative process in the room between Showrunner and writer. MORE: How To Find Your Writer’s Voice

2) How do showrunners maintain consistency in the episodes across a series?

As a Showrunner or Lead Writer it’s your job to set the tone for the series. You also need to encourage your writers to use their unique skills and voice to tell the story as only they can but within the tonal constraints of the show. Often Showrunners will do a final pass on all episodes to maintain that consistency, some prefer to work closely with writers to help them achieve that tone. I prefer to do what I can to allow a writer to get there themselves. 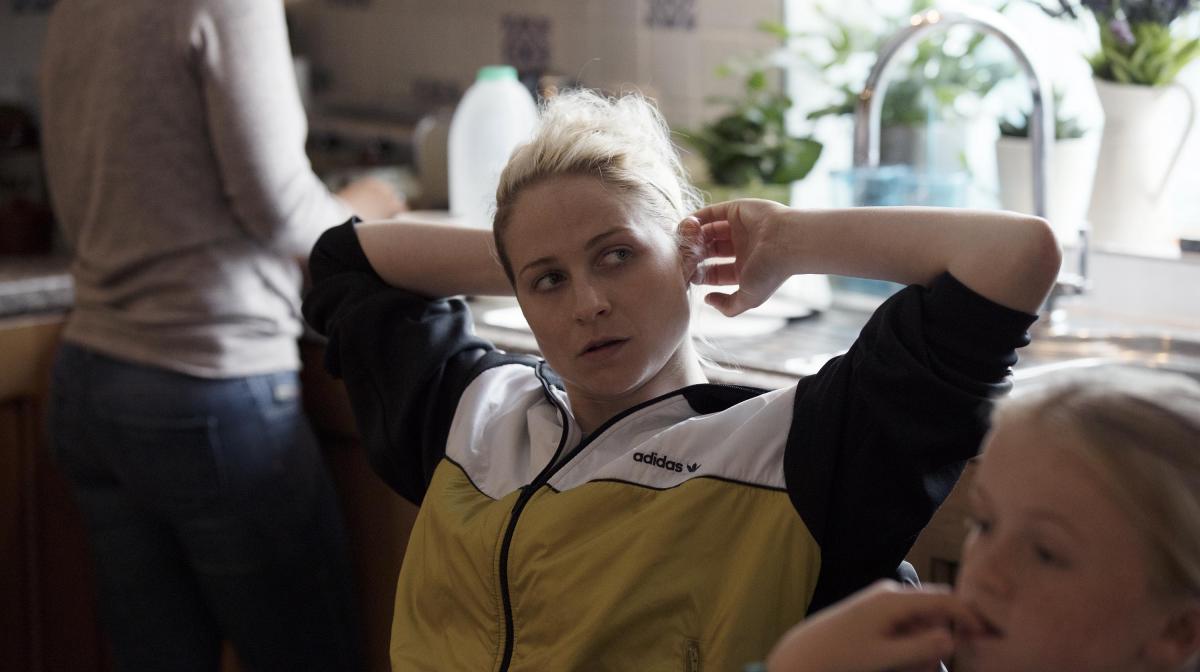 3) Do women appear in/write their own series so much because of a lack of inclusivity in the TV and film industry?

I think women write their own series because they’re finally allowed to! Women writers and Showrunners have been side lined for so long and the recent (long overdue) explosion of female centred work on our screens is a hugely positive step.

The past couple of years have seen real change for women writers and Showrunners and I think we’ve seen greater variety in subject matter, storytelling style and tone as a result. Films like Promising Young Woman or TV series like I Hate Suzie could only be written by women. They have something genuinely brilliant and insightful to say not just about the female experience but the human experience.

But we can’t be complacent. The vast majority of television drama is still written and show–run by men. We have a long way to go before we get anywhere close to 50/50.

Also, we still have male writers being given the forum to tell specifically female stories about domestic violence and sexual assault often with male directors at the helm. I’m not suggesting men should never write about these issues. However, when there are so few greenlights to hand out shouldn’t uniquely female point of view stories be told by women writers?

4) Can you tell us about your experiences as a female showrunner?

I’ve been incredibly privileged to work as a writer since 2007 and showrunner since 2011 in a predominantly male arena. Back in 2011 I didn’t know another female showrunner but I’m not sure I even questioned how unusual it was. I suppose there was just this acceptance that most writers getting their work made were male and no one was questioning it.

It was only when I left Law & Order UK and started trying to get original work made that I faltered.

I had no problem getting pilots commissioned to script but when it came to the crunch I didn’t get the greenlights while my male colleagues did. It was a tough lesson and I kept banging my head against the wall, writing pilot after pilot, believing my time would come. I wrote 11 original pilots for one particular broadcaster before I decided I was done trying to get work made there and moved on.

Even having run two big successful series, it’s still really tough as a woman to get original work greenlit. But when we do, we have a real chance to look at the stories we tell from a uniquely female perspective and explore new territory. 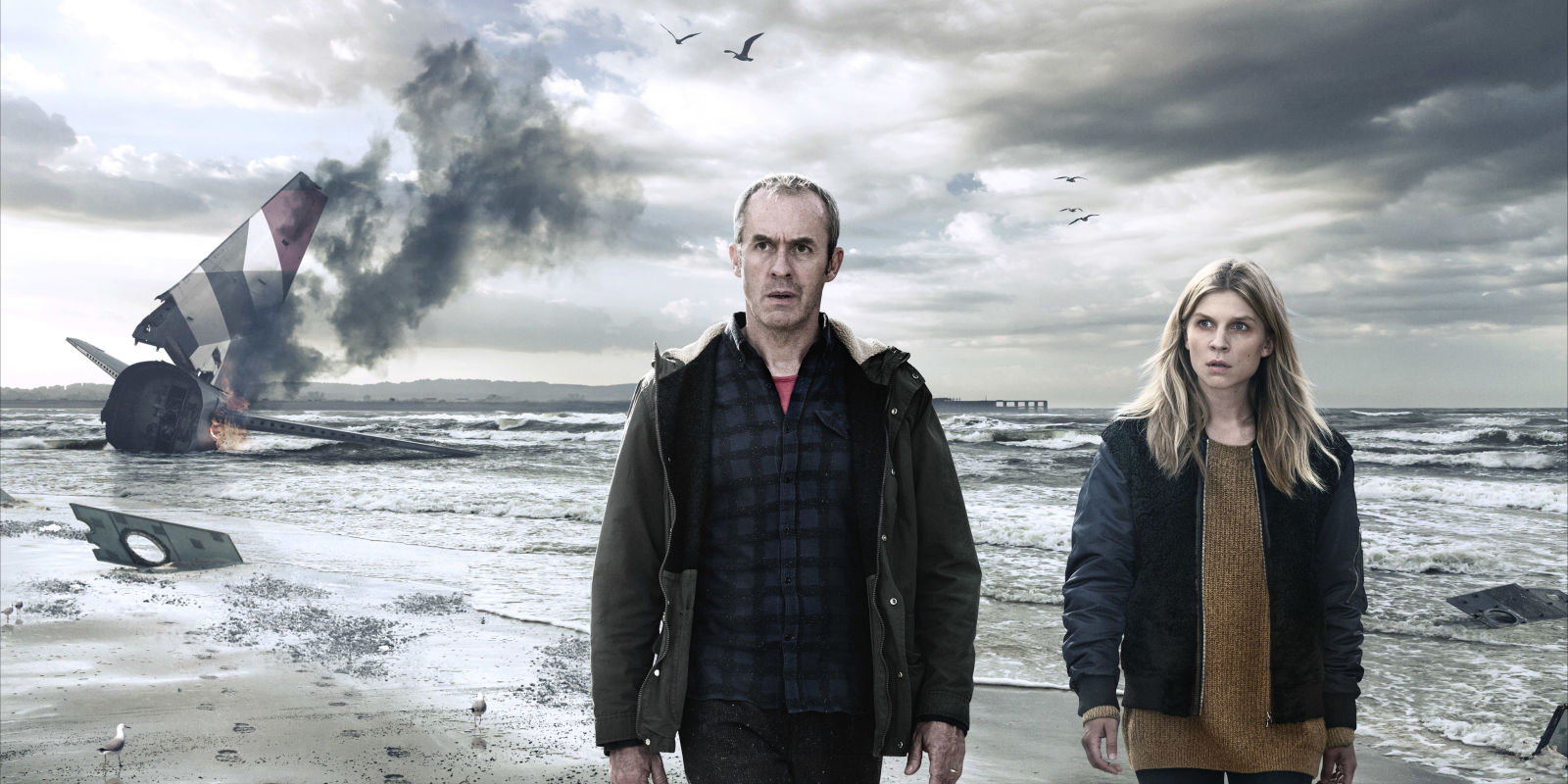 5) Do you think the focus on male writers means less diverse ways of telling particular stories?

Yes I think so. As an example, the majority of true crime in the UK has historically been written by men. Until very recently, none has been exclusively written by a woman. It’s no surprise then that we get the same approach and essentially the same story over and over… ‘Middle-aged, white, male cop hunts a male killer under the pressure of budgetary constraints and unsupportive bosses’! But that isn’t the only story worth telling.

I’ve just made a true crime series for C4 which takes a female point of view of a crime that would have been easy to tell from that same very male perspective… But it wouldn’t have been the most interesting way to tell it, in my opinion.

If we let women tell stories usually told by men as well as telling their ‘own’ stories, we get access to new and exciting drama.

So let’s try and redress the balance and get to a place where 50% of writers greenlit to series are female and 50% of showrunners are female too. I’ll get off my soapbox now! MORE: 5 Debates About Female Writers That Really Need to Die

6) When produced pilots can end up totally different to the original spec screenplay, how polished does a script have to be before you submit it?

It’s pretty rare for a spec TV script to actually get made. It’s much more likely it will act as a calling card to get you work.

Either way, I feel strongly that when you submit a script then you really have to treat it as your one and only shot. No one in this industry has time to read multiple versions.

So, if you are going to use that ONE opportunity, use it wisely! Make sure that script is the best version, the best script you could possibly write. Most people in this industry work really long hours. If you are going to steal an hour of someone’s Sunday for them to read your spec, make it worth their while! 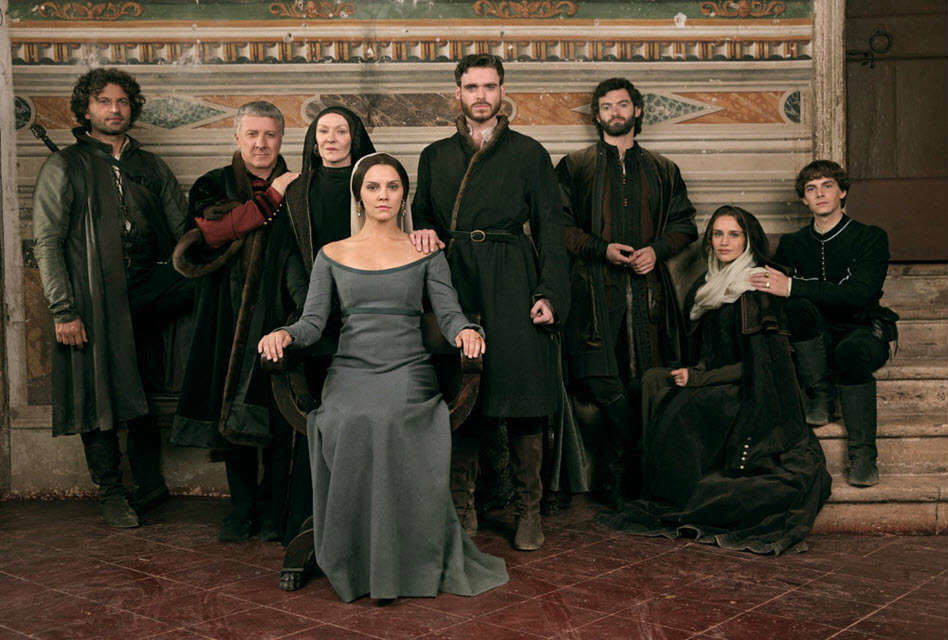 7) What advice would you give to someone trying to break into the industry?

Firstly, don’t even try unless being a writer is the only thing that will make you truly happy. There is so much rejection and heartache at every stage and it’s a really tough business. If you can do something else and be happy, then go do it!

But if writing really is your soul’s calling…

i) Write the spec that only YOU can write

Rewrite it, rewrite it again. Have a professional script reader if you can afford it, or someone with industry experience read it. Failing that, a trusted friend who understands storytelling and watches a lot of TV and film.

ii) Rewrite it on the feedback you get

Don’t send it out to anyone you want help from (agents, producers, other writers etc) until it’s absolutely brilliant. Make it impossible for them to turn down. Don’t waste those opportunities with half-finished sub-standard work. I promise you there are too many incredible, hardworking writers out there with brilliant specs looking for the same chance you’re looking for.

iv) Don’t forget the industry is a business

The amount of money involved in a TV show is HUGE. No showrunner is going to hire a writer who just isn’t ready. There are opportunities out there where production companies develop work from newer, less experienced writers. Rarer still there are opportunities to bring very new writers onto a show … But the competition for these opportunities is huge and they will be looking for the strongest voices. MORE: B2W Frequently Asked Questions on Writing Craft & Careers

My Name Is Lizzie will air on C4 later this year. You can follow Emilia on twitter @EmiliaDG and on Instagram as @emilia_di_girolamo. Don’t forget to check out her IMDB page too, HERE.

OMG!!! I have a copy of William Ryan's excellent 'How To' on novel writing to give away to one lucky Bang2writer 😀😊❤!

If you want to write novels like moi, I can recommend this comprehensive and useful guide.

You know the drill - if you want to be in for your chance of winning, comment on THIS POST by Sat May 15th, 5pm (GMT).

T&Cs: international entries welcome. One entry only please. LIKEs don't count, you must comment - but even just a smiley face will do. Winner picked by random number generator as usual. Good luck everyone!

Many thanks to Bloomsbury Publishing UK for this fab giveaway. ... See MoreSee Less

Miss this earlier? Be the next Marvel or other big story multiverse by taking advantage of free and cheap online platforms! Check out 6 Steps To Write Your Own Serialised Story bang2write.com/2021/05/serialised-story-tips.html ... See MoreSee Less

NEW POST >> In the internet age, serialised stories can be uber-popular, so here's 6 Steps To Write Your Own Serialised Story ... See MoreSee Less

6 Steps on How To Write a Serialised Story - Bang2write

Serialised stories are super-popular in 2021, especially online. Here's the tips you need to write y...
View on Facebook
·Share