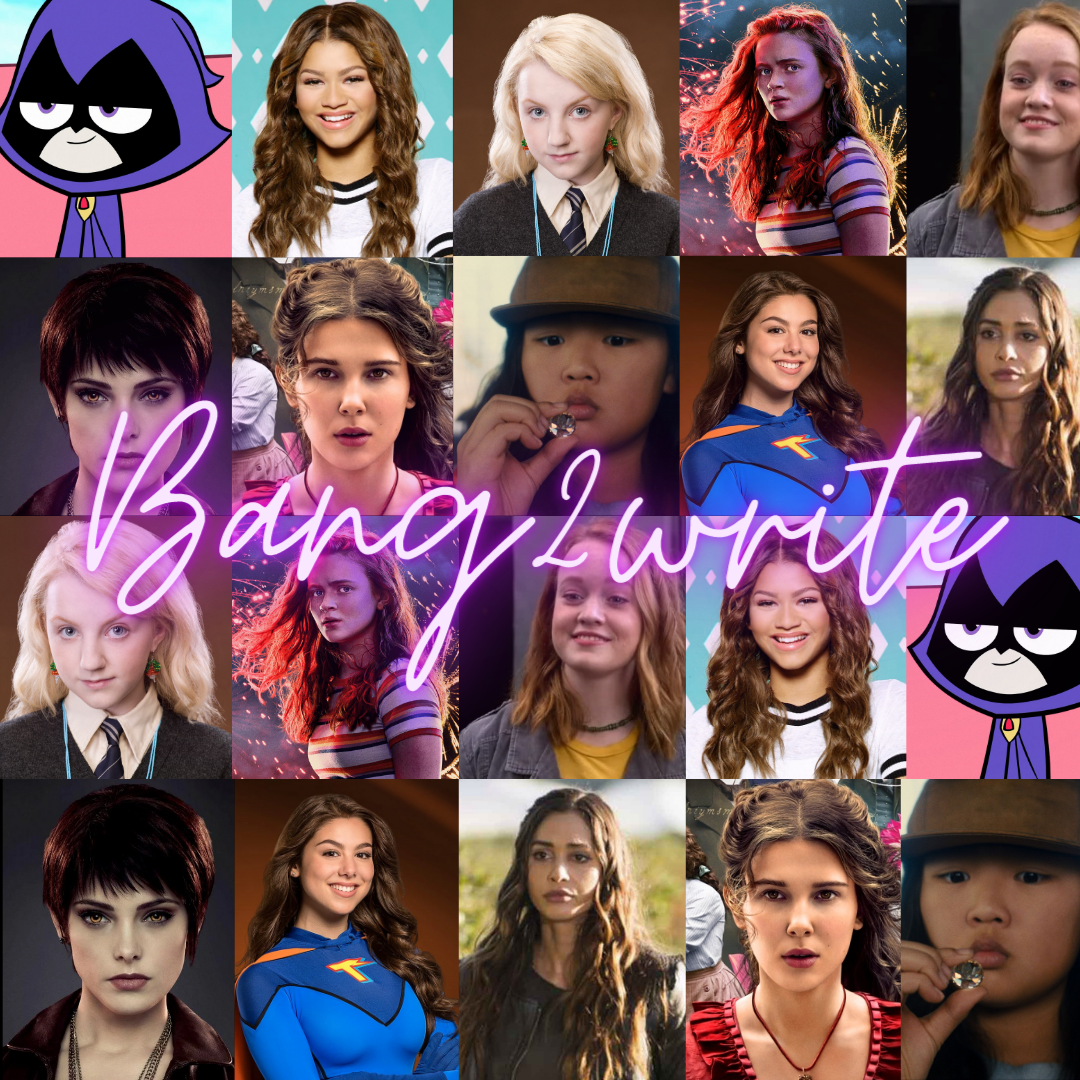 All About Young Characters

Young characters are hard to write … Yet writers frequently under-research young people when it comes to characterisation.

As I was a teen mum, I’ve been a parent for over half of my life now. It is often very clear to me which writers hang out with youngsters and which do not. As with all authentic characterisation, we need to do our research or get found out.

If we want to write young characters, then it pays to find out what young people are actually interested in!! This might seem obvious – and it is! – but it always surprises me when writers don’t start here.

So I asked my youngest child for their recommendations of the ‘best’ characters for kids.

(Oh btw – I don’t want to wear any opinions about whether it’s ‘suitable’ my youngest is watching these stories. As the kid’s mother I have already considered these issues and also made various allowances, such as fast-forwarding various parts. Got it???) 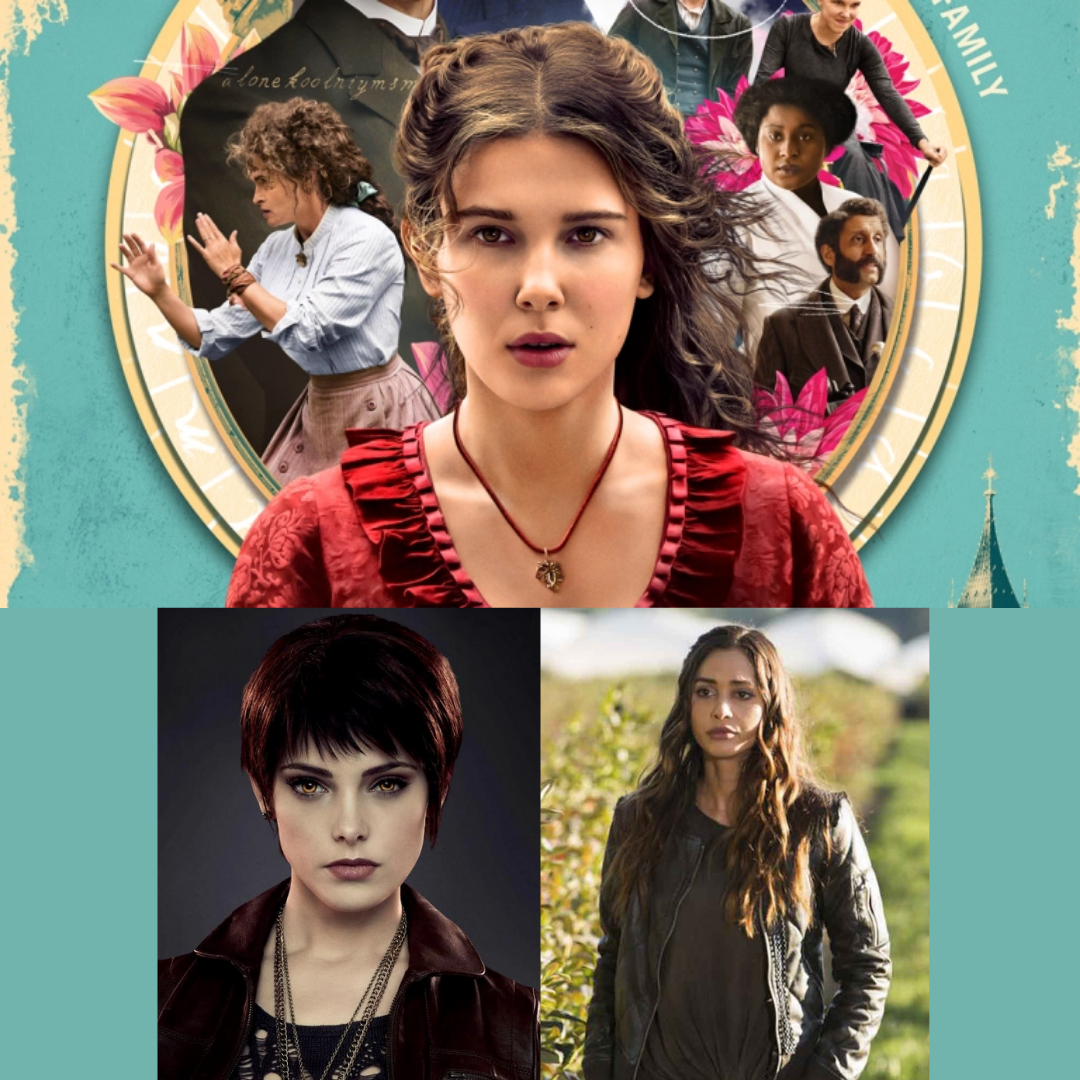 Starring the unstoppable and uber-talented Millie Bobby Brown, I found Enola Holmes is a refreshing mix of modern values and historical revisionism, as well as a whole lotta fun!

Enola is what B2W calls a ‘voyager’ character … She has to learn to trust herself and the skills she already possesses. Her mission to find her mother also acts as a MacGuffin for this.

I asked my youngest what they liked best about Enola …

‘She’s clever and stands up for herself, she doesn’t wait for men for fix things for her.’

There you have it!

‘She makes mistakes and that’s okay.’

This Disney show is about a family of superheroes who live under the radar. I thought it was really interesting my youngest picked this element of Phoebe’s characterisation out. Young people today are under a lot of pressure from stuff like testing, exams and of course the pandemic. I am glad they have characters that show they don’t have to be perfect.

I always find it hilarious that Gen Z are so scared of stuff like clowns and zombies yet love Stranger Things! I would have been scared shitless by demigorgons, but mine want one as a pet.

An additional cast member for Stranger Things s2, I love Max too. She’s so angry like so many young teens are, plus she’s also vulnerable. She’s also incredibly capable and devil-may-care … in short, she’s the type of characterisation usually associated with male teens.

Here’s why my youngest recommends Max …

‘She doesn’t care about boys and what they think … Plus she’s a Zoomer!’

By the way, later my kid came back with Erica from Stranger Things too. Apparently it’s hard to decide! They love Erica because …

‘She just doesn’t care, she does whatever she wants and everything is all about her. ‘You can’t spell America, without Erica.’ 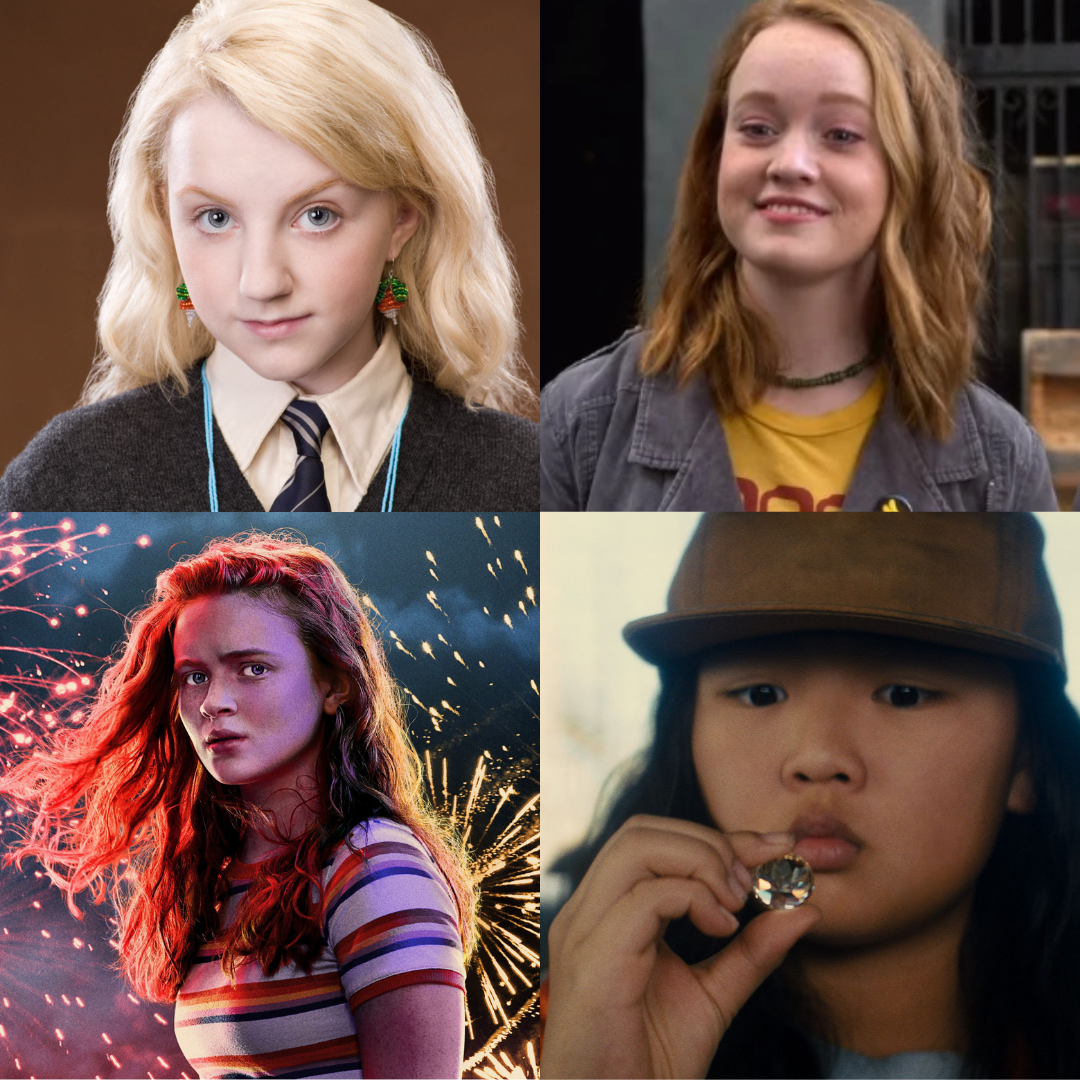 ‘She’s strong, she has a secret identity and she’s super funny.’

K.C is the lead character in this Disney sitcom about spies. K.C is played by the super-talented Zendaya who has impeccable comic timing. I’m not surprised my youngest loves her so much. I caught an episode recently which talked a lot about race and ‘Karens’ who call the police on black people. This enabled us to talk about BLM together in more depth.

This zombie sitcom is incredibly gory, super-irreverent AND incredibly rude … so of course kids absolutely love it. Mine are no exception.

Abby is headstrong young woman who’s forthright and pragmatic. She also has a potty mouth, frequently yelling ‘FUCK NO!’

The actor who plays Abby is non binary too, like my kid. Though they like this, it isn’t the primary reason they love Abby …

‘She’s a bit annoying, but does anything she puts her mind to. That’s cool.’

Teen Titans is an animated show about superheroes from aaaaaages ago! I remember my first child watching it back then and he’s a grown-ass man now. However streaming means lots of old shows are back.

Raven is a powerful empath, but that’s not why my youngest likes her so much …

‘She is half-demon, but she doesn’t follow in her father’s footsteps.’

Wow! This shows a nuanced understanding of relationships and how they can influence you. Kids DO soak it all up.

My youngest is a huge Twilight fan, so I expected them to recommend a male character here. Edward is compelling, plus both Jasper and Emmett are sexy and capable, with intriguing back stories.

‘Alice is cool because she can see into the future and she always puts her friends first.’ 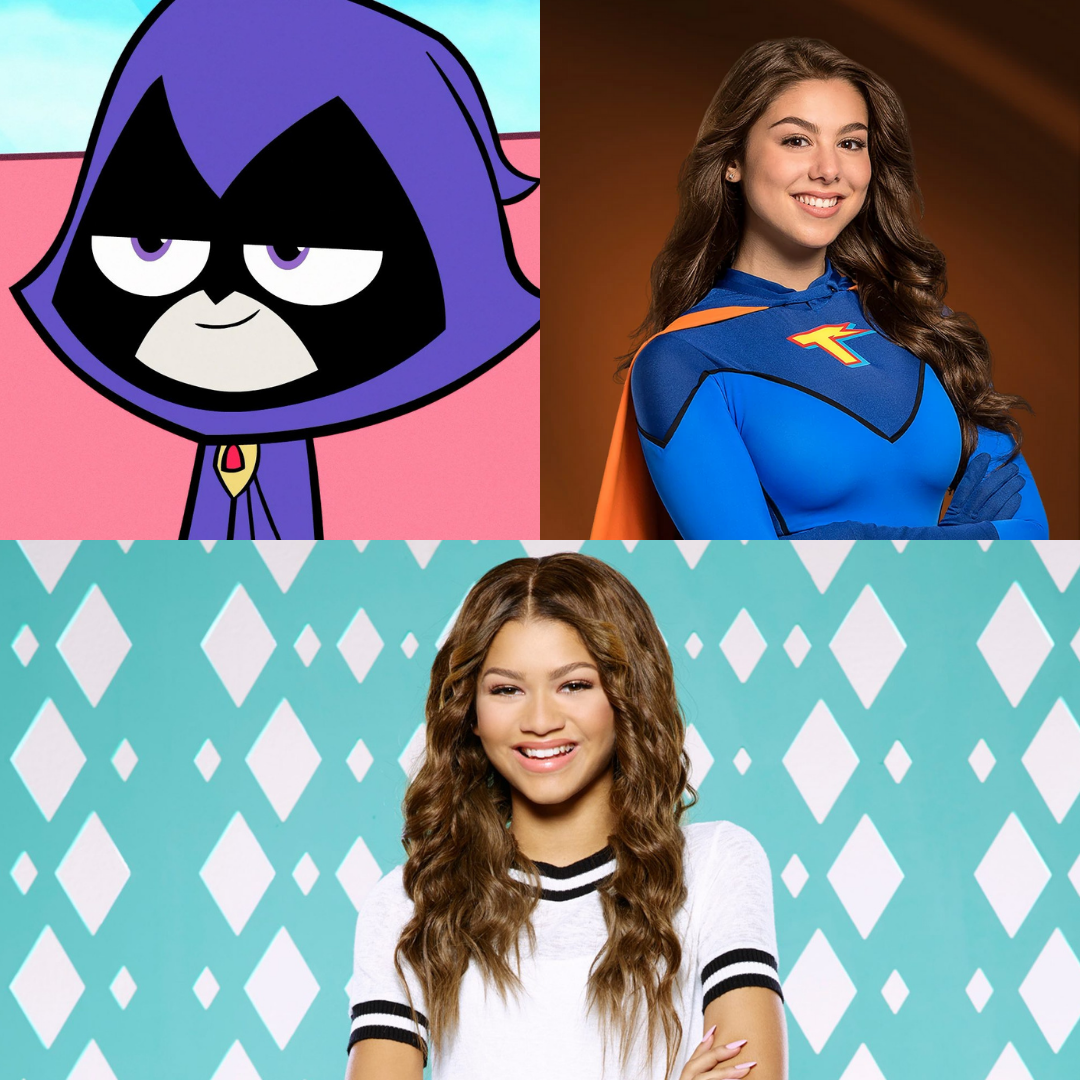 My kid loves Harry Potter and takes their Hermione doll everywhere, so again I was surprised by this choice. What is it that is so appealing about Luna?

9) Cassandra Kane, Birds of Prey aka The Emancipation of Harley Quinn

The teenager Cassandra Kane gets caught up in Harley Quinn’s scheming and insanity in Birds of Prey, but she’s no innocent bystander. She’s a MFing jewel thief!

This really appeals to The Kid …

‘Cassandra looks after number one. Also her plan for hiding the diamond is genius!’

Raven is an original cast member of this dystopian show, though she was not part of The 100 sent to the ground.

Over the course of the series, Raven’s undergone much heartache. All her boyfriends have died (!) … She’s been taken over by A.I … Plus she’s had to cope with non-stop pain and a new disability after being shot.

So what does my youngest love about THIS Raven, the second one on this list?

‘Raven has been through a lot, but she always copes. She doesn’t need fixing. She is also super-clever and always does the right thing.’

So, if you’re writing a young character? ASK your nearest young person for what they like and why!

I actually put NO specifications upfront, so I think it’s really interesting my kid has picked these characters …

Now obviously my children will have been influenced by my own interest in diverse characters. Even so, it appears kids today do demand more variety as standard. Worth thinking about!

Lastly if you don’t know any young people (or haven’t got any you made earlier) DON’T ask random strange children. They bite! No seriously, get online and get out their threads, videos and chatter. That’s what the worldwide web is for … but if you are a grown-ass adult obviously it’s a better idea to be a silent observer, than get talking to under 18s you don’t know.

MORE: How To Write Young People That Are Actually Realistic